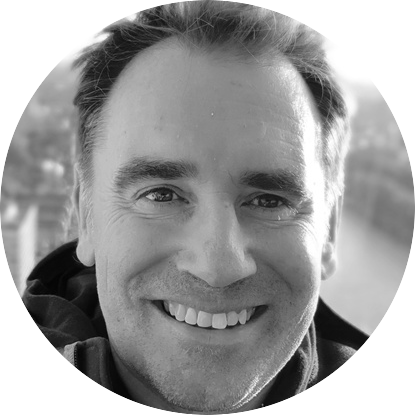 After the tumultuous week Wales endured, it was a welcome relief to finally play some rugby on Monday. The performance against Georgia was on point in the first half but with the game already won, it was a humdrum fare after the break in Toyota.

Imperfections aside, Warren Gatland would have taken a 43-14 win ahead of the encounter and will now be plotting ahead of what appears to be the pool-defining clash against Australia. Here’s what RugbyPass learnt…

It had been ten months and ten games since Wales last racked up enough tries to muster a bonus point. Indeed, the sight of three tries chalked up Wales’ favour after just 19 minutes must have needed a double-take from anyone of a Welsh persuasion.

Of course, Georgia aided and abetted this new-found potency by seemingly lacking a coherent defensive structure – with Joe Worsley helicoptered in and being given scant time to organise his ‘D’.

When Gareth Davies fizzed a flat pass across decoy runners Josh Adams and Hadleigh Parkes after two minutes and Jonathan Davies gleefully cut a scything line through a convenient gap to gallop in unopposed, it set the tone.

Wales were at it again off first-phase lineout ball, which resulted in a Justin Tipuric score and when Dan Biggar put the industrious Adams away to scorch over from distance. They also showed they could improvise in unstructured play.

George North, better known as a finisher than a provider, rifled through a perfectly-weighted grubber kick from 40 metres for Tomos Williams to win the footrace for a try that had similarities with Gareth Davies’ score against England in 2015.

Williams was to turn provider for the game’s most aesthetically-pleasing score when bobbing under a Georgian defender like Floyd Mayweather and stepping like David Campese to allow North to plant his size 14s and slalom between three static Georgian defenders.

Even when Biggar’s exquisite chip over the top was fumbled by a diving Liam Williams over the try line, it was a sign Wales were freeing themselves from creative shackles.

Whether it was a subtle nod to departed Rob Howley’s meticulous phase-play or a hint that emergency coach Stephen Jones had given them more licence to roam, was immaterial. These were encouraging signs.

A winning start for Wales, but plenty of room for improvement.

We have all the player ratings here.https://t.co/zgukrnPAsp

… and then lose their focus

When Liam Williams nonchalantly picked the ball off his toes to carry the ball over and secure Wales’ bonus point after 39 minutes, it was the coup de grace of a razor-sharp opening salvo.

Despite Georgia’s ineptitude, Wales had looked the dog’s cojones, holding firm at scrum-time and soaking up some heavy pressure in the latter stages with resolute defence, but after the break precision was replaced by ponderous decision making.

From the whistle, when Alun Wyn Jones was left isolated after pouncing on a ball and Georgia were awarded the penalty to kick for the corner, Wales started to unravel, slipping off tackles and allowing Georgia back into the game, with Shalva Mamukashvili rumbling over from a short distance.

This drop in intensity coincided with Tomas Francis, Gareth Davies and Aaron Wainwright departing between the 47th and 51st minute, presumably to rest up for the Australia game.

Wales appeared to lose their shape and struggle at the breakdown where Georgia’s piano-shifting forwards, spearheaded by Levan Chilachava, were in their element, turning Wales over at will.

It was telling that Wales couldn’t cross the whitewash, even though Georgia’s Jaba Bregvadze had been sin-binned after collapsing a brilliant rolling maul. On 57 minutes, Ken Owens and Wyn Jones trudged off, leaving Wales looking far less robust up front, just as fly-half Tedo Abzhandadze found his range and started to find willing runners in midfield to clatter into Welsh defenders.

With the teams tied at two tries apiece in the second half, both Alun Wyn Jones and Warren Gatland, Wales’ standard-bearers, were quick to voice their dissatisfaction and demand improvement for Sunday’s high-risk Wallaby waltz.

Justin Tipuric rolls back the years

Tipuric is at the stage of his Welsh career where he is in danger of getting taken for granted. With 67 caps, gone are the days of being the ‘next big thing’ and the ‘people’s choice’ for the No7 berth.

These days, he’s a senior figure whose leadership qualities are perhaps underestimated. Against Georgia, he showcased his full repertoire of tricks to ink himself in for a starting spot against Australia and remind everyone of his worth.

There was the speed of thought and deed to spot the gap, feint and step off his right foot and accelerate into space to dot down under the posts after 13 minutes; then there was dexterity to take the ball at the tail of the lineout that led to Liam Williams’ try, and also midfielder’s hands when putting George North away on the right flank to kick-through for Tomos Williams’ try.

Defensively, when Wales were under some concerted Georgian pressure, he wrapped his arms and held up a player, along with Alun Wyn Jones, to win a much-needed penalty. Everywhere you looked, Tipuric’s blue scrum cap tracked the ball like a heat-seeker.

He was to provide a comedy moment when balletically tip-toeing down the touchline, stretching every sinew of his body to keep the ball alive as he fell to earth, raising a smile, and with 75 minutes gone in the stifling humidity, when most players were pining for the gong, he was haring after a lost-cause ball deep behind Georgia’s try line to tackle a defender under the posts.

In short, he was at his irascible, brilliant best and Wales will need all his nous to joust with breakdown menaces, Michael Hooper and David Pocock.

With Georgia beaten in Wales' opener, Stephen Jones has finally had an opportunity to grab his breath after an incredible week https://t.co/snuKmUGPuz

Georgia need more assistance to compete at the top table

World Rugby are quick to laud their own investment into the tier two game and list the various extra coaches and expertise they have thrown at the game’s lesser (financial) lights.

But it was clear from the first half an hour that Georgia were underprepared for a slick Welsh outfit, even though Graham Rowntree and latterly Joe Worsley had been deposited to help long-time coach Milton Haig with fine-tuning.

Their set-piece was a mess, with a misfiring lineout, imprecise kicks outside the 22 and numerous handling errors. Some would suggest it was purely opening night nerves but from the moment Mamuka Gorgodze, the adamantine Georgian talisman spilt the ball on the kick-off, the first quarter was a horror show.

With few competitive games against tier one nations outside the World Cup, raising standards is going to be a tall order for Los Lelos who, to their credit, improved as the game wore on.

With suggestions the imminent cash-rich Six Nations are about to sanction promotion and relegation for their storied tournament, it couldn’t come soon enough. If rugby’s elitist cabal are to truly grow the game beyond its traditional borders, they need to provide meaningful competition on a regular basis.

All roads lead to Tokyo

It was wholly unsurprising Warren Gatland emptied his bench so early with Australia looming. Wales have a six-day turnaround compared to the eight-day breeze enjoyed by the Wallabies and Gatland said afterwards they still haven’t revealed a full hand as they look to give Michael Cheika’s men a metaphorical bloody nose.

In the post-match incidentals, Gatland said they were relatively unscathed. Hadleigh Parkes sustained a hand injury that will need monitoring, Ken Owens had a scare with his knee minutes before he was due to go off while George North was lucky to escape injury after being taken out recklessly by Shalva Sutiashvili but, on reflection, Gatland would have been happy enough.

For their part, Australia still have the annoyance of waiting to see whether Reece Hodge is available after being cited for his no-arms tackle on Fiji’s Peceli Yato, but they have a reason for confidence.

Gatland has had a torrid time facing the Wallabies, with only two wins in 15 games, but after finally winning last November, there is little to choose between the teams. On Sunday, those of a nervous disposition would be best advised to look away.

Fans see red over Samoa Next