Siya Kolisi is the current captain of the Springboks and is the first black player to ever hold the position. As the captain of the South African national team, he’s won the Rugby World Cup and a series against the British and Irish Lions.

Despite growing up in difficult circumstances, Siya Kolisi’s talent as a rugby player shone through at a young age and he was offered a rugby scholarship at the prestigious Grey High School.

In 2011, Siya Kolisi made his debut for the Western Province in the Currie Cup. Later in the same year, he became an established starter. As a result, in 2012, he was called into the Stormers side for the first time.

Although he’s enjoyed a highly distinguished domestic career, Siya Kolisi is undoubtedly best known for his career on the international stage. Since 2016, he’s made more than 60 appearances for the South African national side. In 2018, he was also named as the team’s first ever black captain.

Under his stewardship, the Springboks have been a dominant force on the world stage. He led his side to glory in the final of the 2019 Rugby World Cup and also guided the Springboks to victory over the touring British and Irish Lions in 2021.

With the world at his feet and his best rugby still to come, we can’t wait to see what else Siya Kolisi can achieve in the game. 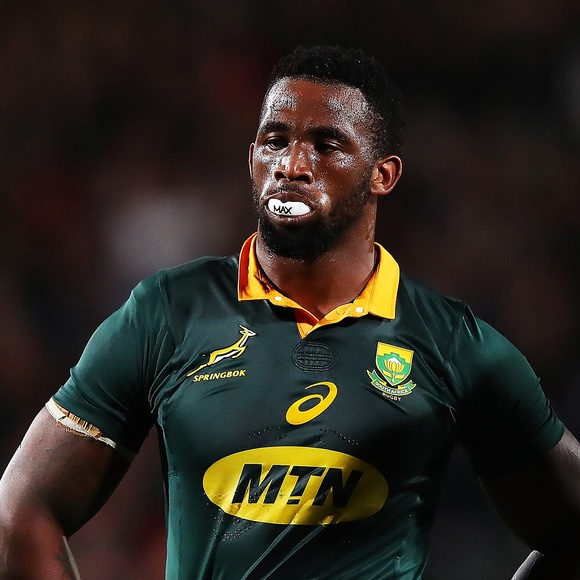 International Rugby Siya Kolisi: Where I'd like to play if I ever left South Africa

Springboks World Cup-winning skipper Siya Kolisi has revealed where he would like to play his club rugby if he ever left South Africa. The soon-to-be 31-year-old back-rower joined the Sharks in Durban in February 2021.

The written judgment on the Erasmus hearing has explained why referee Nic Berry sought out Springboks skipper Siya Kolisi at the second Test.

The most searched for Springbok? It's not Siya Kolisi

What Siya Kolisi said to Ellis Jenkins after cracker in Cardiff

Sharks
vs
All Teams