With only one round left to go before Super Rugby Pacific finals, many All Blacks halfback contenders are putting their hand up for selection. 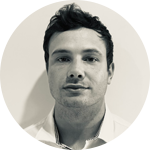 Nearly three years after his last appearance for Australia, an ex-Wallabies lock looks destined to represent to play at next year's World Cup for Tonga.

The Classic All Blacks could be a shining light for NZR

Fast forward to 1948 and Australia, New Zealand and South Africa all officially joined (although these teams had been playing international rugby prior to this). In the coming years, more and more teams from all over the world joined the International Rugby Football Board. As a result, by the 1980s, many of the countries began to seriously consider starting a world championship. By 1987, the dream had come to reality and Australia and New Zealand jointly hosted the first ever Rugby World Cup, which New Zealand won. Today, the tournament remains the highlight of the international rugby calendar.

Rugby union is now a truly global game. As of 2020, World Rugby has 102 member unions and a further 18 nations hold associate member status. As a result, all across the world, international rugby teams now often play against each other for bragging rights, trophies and world ranking points. No matter what month of the year it may be, you’re sure to find some international rugby fixtures you can watch on the TV somewhere in the world.