Justin Tipuric is one of rugby union’s greatest stars. An ever-present for Ospreys and Wales, he’s one of the finest openside flankers to ever play the game.

Although he’s of Croatian descent, Justin Tipuric was born in Trebanos, Wales and started playing rugby while at Cwmtawe Community School. As a naturally-gifted player from a young age, he began playing senior rugby for Aberavon RFC in 2007 and was first called up to play for Ospreys in 2009.

Ever since, Justin Tipuric has been a constant presence for a strong Ospreys side and he’s now racked up over 150 appearances for the team. In that time, he started in the 2012 Magners League title win over Leinster and was made captain of the side for the 2018/19 season.

Due to his impressive performances for Ospreys, Justin Tipuric quickly caught the attention of the Welsh national team. In 2011, he was named in the 45-man training camp for the 2011 Rugby World Cup. However, although he missed out on selection, he did make his full debut later in the year and represented his country in Rugby Sevens.

Ever since, Justin Tipuric has been a mainstay of the national side and he’s made more than 80 appearances for Wales across the course of the past decade.

Due to his impressive performance for the national side, Justin Tipuric has also been named as a member of three British and Irish Lions squads. He played in the final test of the 2013 tour of Australia, which the Lions won to capture a series win. However, he failed to make a test appearance in 2017. He’s recently been named in the squad for the 2021 tour of South Africa.

With many years of top-level rugby still ahead, we can’t wait to see what else Justin Tipuric can achieve for Ospreys, Wales and the British and Irish Lions. 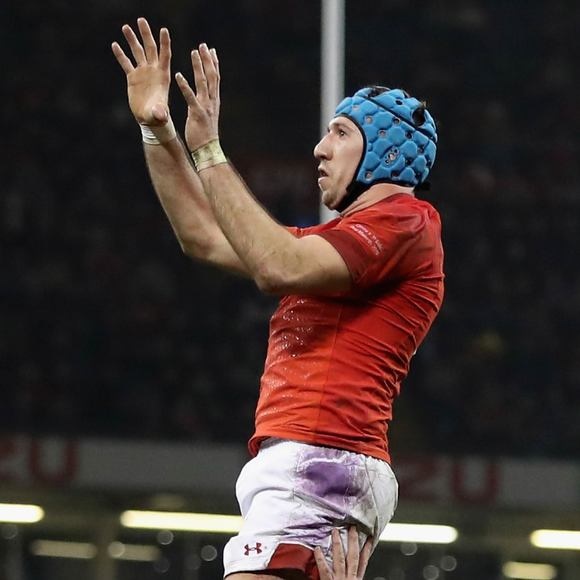 Ospreys captain Justin Tipuric could be sidelined until Christmas with the shoulder injury he sustained on British and Irish Lions duty, the Welsh region have confirmed.

'Just give George the ball and see what he can do': Justin Tipuric hails 'absolute freak' George North ahead of his 100th Wales cap

North, who suffered a scratched eye against Ireland last weekend, could reach a century of caps for his country when Wales tackle Guinness Six Nations opponents Scotland on Saturday.