END_OF_DOCUMENT_TOKEN_TO_BE_REPLACED

'Spineless': When the All Blacks massacred the Boks in 2011
m
marc 7 hours ago

Exeter are double winners after edging out battling Wasps at Twickenham

Exeter joined the ranks of English double winners after digging deep to end Wasps’ courageous resistance in treacherous conditions at Twickenham. A week after edging Racing 92 to claim their first European title, the Chiefs emerged 19-13 winners from the Gallagher Premiership final to take their place alongside Leicester, Wasps and Saracens in claiming domestic and continental honours.

Given their fractured build-up that saw training cancelled for a week after seven players tested positive for coronavirus, Wasps were magnificent.

The repercussions of the outbreak saw flanker Brad Shields and props Kieran Brookes and Simon McIntyre ruled out because of contact tracing protocols, while big-hitting centre Malakai Fekitoa was lost to a groin injury.

But Lee Blackett’s men, the Premiership’s form team post-lockdown who sat 10th when their head coach took over in February, stayed in the fight right until the end and even blew a glorious position in the closing minutes when they botched a line-out.

Exeter were forced to drawn on all their reserves to win their second Premiership crown, this one secured behind closed doors because of the coronavirus pandemic.

It was only when captain Joe Simmonds kicked his fourth penalty in overtime that the Chiefs knew they had crept over the line to continue their fairytale season 10 years after joining England’s top flight.

Henry Slade’s well taken first-half try helped him win man of the match, but Simmonds was also outstanding behind a pack that had met their match in a Wasps eight determined to win a first title since 2008.

In swirling wind and driving rain, Simmonds finished with 14 points and with the final kick he extended his successful sequence of penalties to 33.

Twickenham was near-empty but the voices of the small pockets of replacements and support staff rang out across the stadium as the rivals collided in a full blooded opening made difficult by the conditions.

Jimmy Gopperth landed an early penalty and Wasps claimed another moral victory when they snatched Exeter’s line-out ball in an area of the pitch where the European champions are so dangerous. 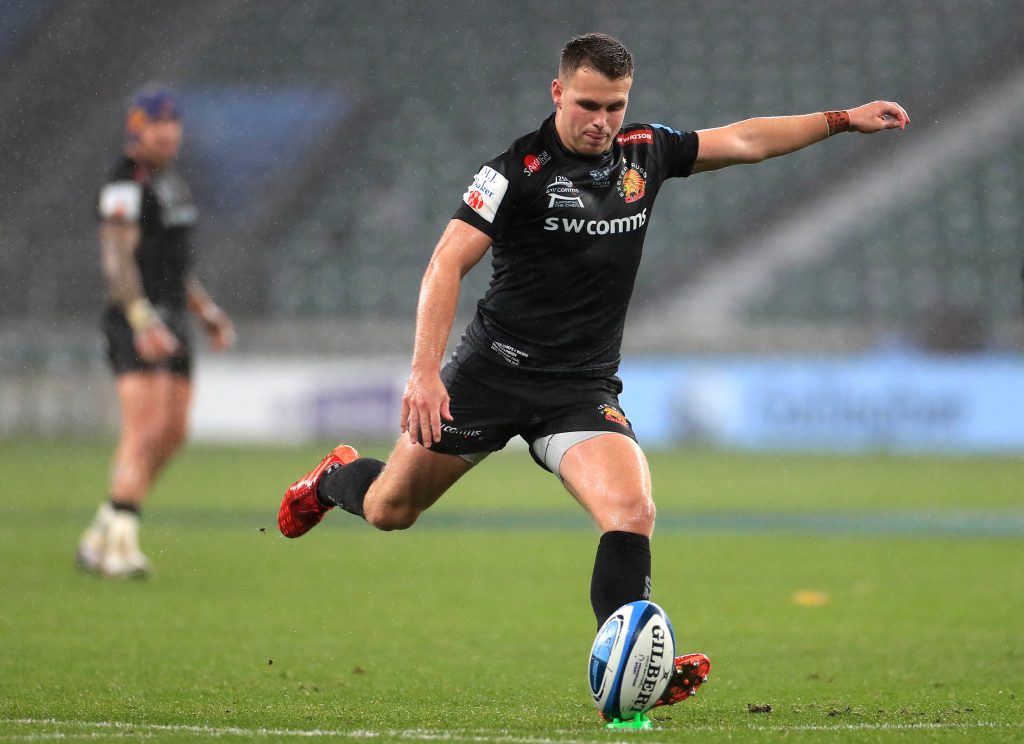 But the Chiefs renewed the assault and in the 18th minute they surged ahead, Slade spotting a gap between two tight five forwards and sliding through in a run that swept him over the line.

The repeat of the 2017 final continued its edgy path with Wasps bravely manning the barricades in defence as Exeter slowly built territorial pressure, but in an instant the lead change hands.

A forward barrage hurled the black shirts backwards before Dan Robson broke sideways and sent Jacob Umaga through a gap, with a sidestep taking the 22-year-old past Stuart Hogg and across the whitewash. 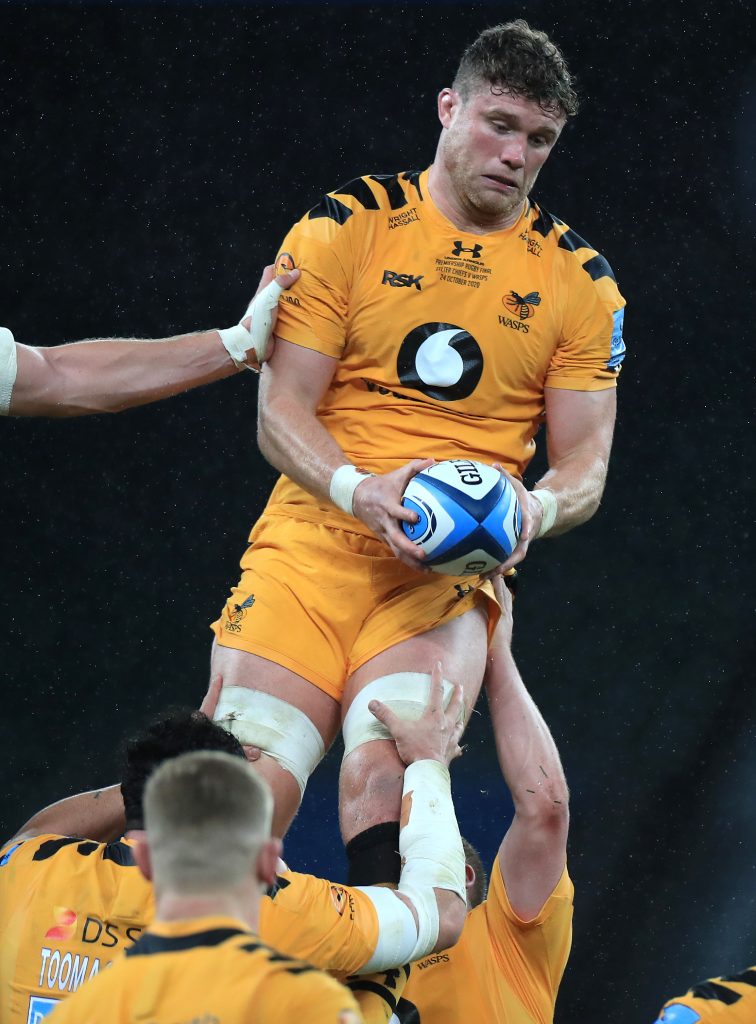 When Simmonds kicked successive penalties, Exeter were back in front to end a set-piece battle of a first half 13-10 ahead. They deserved the lead, but Wasps remained dangerous opponents.

Under siege in the 47th minute as the Chiefs launched their close range driving game, it took a brilliant intervention from Jack Willis to stop them scoring as his jackling forced a penalty.

A second penalty for @ExeterChiefs right on the stroke of HT gives them the lead ?

But @WaspsRugby look just as dangerous… ?

It was a huge moment and more defensive heroics were needed as the final quarter approached. Wasps continued to muscle their way out of trouble, drawing strength from their scrum and maul.

Lima Sopoaga showed athleticism to keep a clearance in play and when a counter-attack pushed Exeter back, a penalty gave Gopperth a routine three points to tie the score.

Simmonds replied in kind and while the Chiefs continued to pound away, the telling blow eluded them yet again as Wasps superbly defended a close-range line-out. 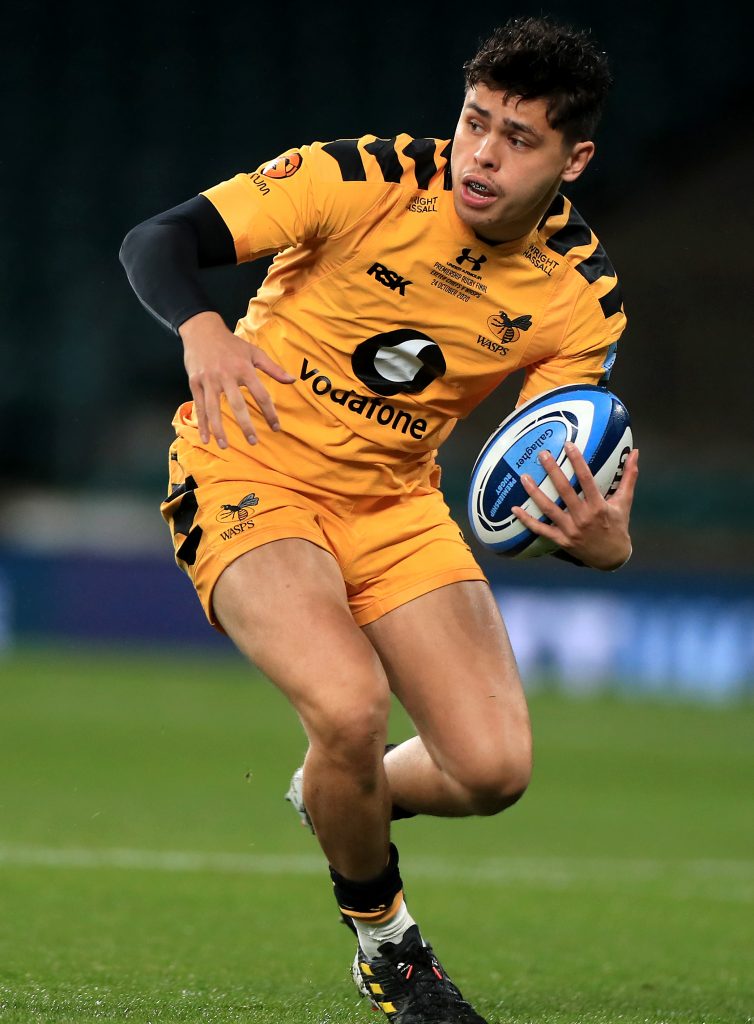 And when the underdogs muscled their way down to the other end, they boldly opted for a line-out when awarded a penalty, only for the ball to be thrown straight at Jonny Gray.

It was Wasps’ final chance and having thrown it away, they watched as Simmonds found the target for a fourth and final time.