107 votes
VOTE NOW
Thanks
Sorry there has been an error

Stuart Hogg is one of the finest players to ever wear a Scotland shirt. A skilful and dynamic fly half and fullback, he’s a giant for both club and country. Stuart Hogg was inducted into the RugbyPass Hall of Fame in 2021.

Born 24 June 1992, Stuart Hogg comes from a talented rugby family in the Borders. His father played as a championship-winning fullback for Hawick, while his brother also represented Scotland in the IRB Sevens World Series.

After a stellar amateur career, Stuart Hogg made his debut in the Magners League for Glasgow Warriors in 2011. This was the start of a long and illustrious career with the side that saw him make 121 appearances between 2011 and 2019. By the age of 24, he’d already made 100 appearances for the club.

Upon leaving Glasgow Warriors in 2019, Stuart Hogg signed for Exeter Chiefs in the English Premiership. In 2020, he became a European and Premiership champion, playing a vital role in both finals.

Since a young age, Stuart Hogg has represented Scotland. After featuring for the national side at U17, U18 and U20 level, he gained full international honours for the first time in 2012. Since, he’s made more than 80 appearances for his country and he became captain in 2020. In 2016, he also became the first Scottish player ever to be voted as the Six Nations Player of the Championship. The next year, he repeated the feat and became only the second player ever to receive the honour in back-to-back Six Nations Championships.

Due to his success for the Scotland national side, Stuart Hogg has also become a permanent fixture in British and Irish Lions squads. Although he didn’t make a test appearance on the 2013 and 2017 tours, he’s been selected once again for the 2021 tour of South Africa.

Still only in his twenties, we can’t wait to see what else Stuart Hogg can achieve on the rugby field. 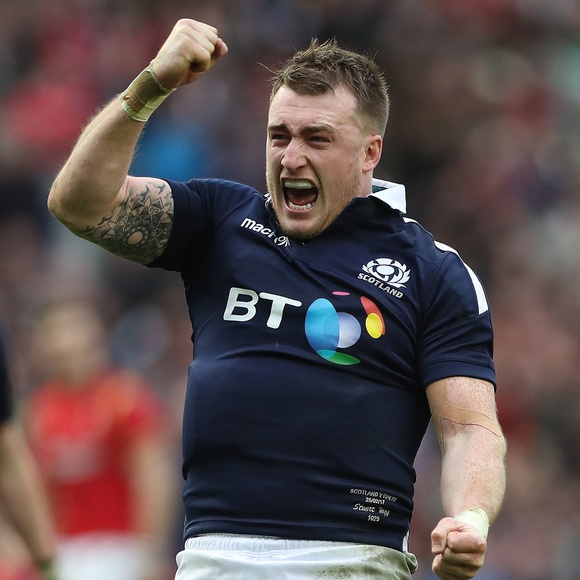 Gregor Townsend has named a Scotland side to play England in this Saturday’s Guinness Six Nations showing seven changes from the team that started last time out versus Argentina in the Autumn Nations Series.