Jacob Umaga is a supremely talented fly half who represents Wasps. In 2021, he earned his first ever England cap.

On 8 July 1998, Jacob Umaga was born into a rugby-playing family. His father Mike won 13 caps for Samoa, while his uncle Tana played 74 times for New Zealand. In addition to this, his father’s cousin was the late Jerry Collins.

Due to his family’s connection to the game, it’s perhaps unsurprising that Jacob Umaga began to play rugby at a young age. It’s also not surprising that he immediately excelled and was signed to play for the Wasps academy in 2016. Since then, he’s also enjoyed stints on loan with Auckland and Yorkshire Carnegie (now Leeds Tykes). During his time with Auckland, he even won the Mitre 10 Cup (now the Bunnings NPC).

In 2019-20, Jacob Umaga was promoted to the senior Premiership squad at Wasps. Again, his talent immediately shone through and he quickly established himself in the first XV.

As a result of his impressive performances for Wasps, Jacob Umaga received his first ever call up to the England senior squad for the 2020 Six Nations Championship. However, he did not make an appearance at the tournament. Instead, he had to wait until the 2021 summer test series, when he was capped for the first time in a game between England and the USA.

With his best rugby at both domestic and international level still ahead of him, we can’t wait to see what else Jacob Umaga can achieve in the game. 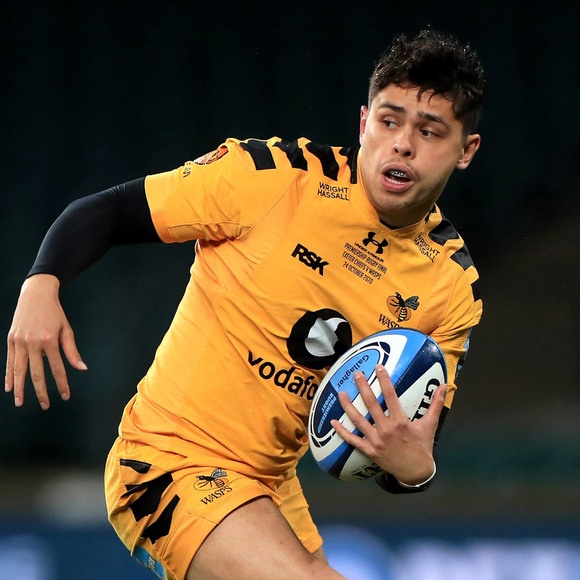 In a major coup for the Italian URC side, Benetton have signed England prospect Jacob Umaga. Umaga has signed a deal that will see him play with the Treviso-based side until 2024.

Northampton ended their four-match losing streak with a bonus-point 27-22 win against Wasps at cinch Stadium at Franklin’s Gardens.

The brutal online comment that most affected Jacob Umaga this year