As the 20 clubs at European rugby’s top table gear up for the opening round of this season’s Champions Cup, RugbyPass checks out which players are likely to hit the ground running – and who’ll be absent from French club ranks.

Round 1 opponents: Bath (A)

That season away from the Champions Cup competition, ironically, did Toulouse some good. They took advantage of the chance to blood younger players, and roared back into the Top 14 play-offs to qualify for this season’s competition in style.

The very English fashion for fly-halves at 10 and 12 has extended to Toulouse. Zack Holmes and 19-year-old Romain N’Tamack have formed a formidable partnership, while last weekend’s return of wunderkind scrum-half Antoine Dupont after a long lay-off with an ACL injury adds to the backline firepower.

Scotland lock Richie Gray, too, played his first game since May on Saturday – and nominal winger Sofiane Guitoune has done such a good job at 13 that the club have suspended their search for a medical joker ahead of their tournament opener at Bath. The return to fitness of prop Clement Castets prompted the club to register him in place of Rodrigue Neti in their Champions Cup squad for the weekend’s match. Round 1 opponents: Gloucester (A)

Early on there had been some quiet optimism that, this time, Castres would spring a few surprises in Europe (no laughing at the back). The club is still talking a good game, and to be fair the Top 14 champions started the domestic season well, picking up wins on the road against fellow Champions Cup qualifiers Montpellier and Toulouse, as well as Lyon at home.

But, even quiet optimism has taken a hit. Benjamin Urdapilleta and Scott Spedding were injured in the win over Toulouse. Castres can cope with losing one or the other – but not both. Player-of-last-season nominee Julien Dumora covers both positions, but with Spedding also out, winger Armand Batlle was drafted in to cover fullback in Sunday’s defeat at home to Stade Francais. And suddenly the team looked unbalanced, on paper and on the pitch.

Centres Thomas Combezou and Yann David are unavailable for the Champions Cup opener at Gloucester – the first time the two sides have met in the competition – after picking up knocks against Stade, leaving Castres scrabbling for attacking options, with six backs currently in the infirmary. Worse, Marc-Antoine Rallier and Kevin Firmin both out of action until at least the end of October, leaving Jody Jenneker as the only match-fit hooker in the club’s senior squad. Anthony Jelonch is out for three months, but such are Castres backrow stocks that they can handle that loss. 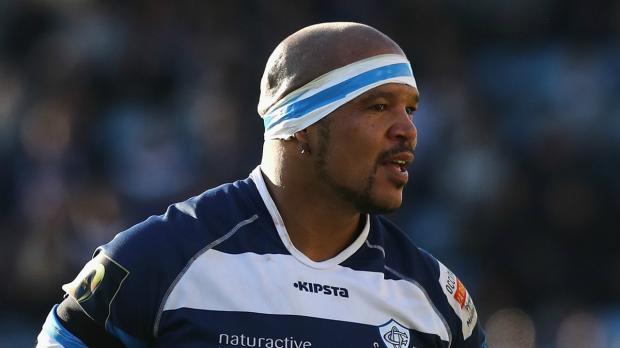 There’s more than a suggestion that Lyon could be this season’s La Rochelle.

It’s their first time in the competition, so – like La Rochelle last time round – no one really knows what to expect. And, like La Rochelle in the early part of the last campaign, Lyon can play some devastating attacking rugby.

Charlie Ngatai has settled in well, young Pierre-Louis Barissi is making a name for himself at centre, and already impressive backrow stocks – Liam Gill, Loann Goujon, Julien Puricelli and Dylan Cretin to name but four – have been strengthened further by the return from long-term injury of Carl Fearns.

On the downside, they lost livewire scrum-half Baptiste Couilloud to a broken ankle a few weeks ago. Then they lost a second – Jonathan Pelissie – to injury, too, leaving Jean-Marc Doussain the only senior player on their books with any sort of experience at nine… unless it turns out there’s something in this tweet from the retired Freddie Michalak (SPOILER: there isn’t):

Round 1 opponents: Scarlets (A)

Last season’s losing finalists remain the Top 14’s best chance of going all the way again this time around – and, maybe, even going one better.

But… Racing have lost twice at home already, including last weekend against Lyon, and find themselves hovering in a decidedly average seventh place after seven games of the Top 14. That said, what this Racing side has by the bucketload is resilience. They’re seventh and still missing Maxime Machenaud, Pat Lambie, and Brice Dulin.

The good news is that both Teddy Thomas and Wenceslas Lauret – who has just signed a new contract keeping him at the club until 2023 – have returned to training. Both are in the frame for a trip to south Wales for the opener against Scarlets. The club is also monitoring the fitness of Virimi Vakatawa and six-try shooter Simon Zebo. They both picked up minor knocks in Sunday’s defeat. But they are, for now, expected to make the plane. Monster-sized Montpellier may have had a late break in their favour in what looked like a positional problem? Frans Steyn was spotted at training earlier this week, prompting speculation that he may play for the first time since September. This would be just the news Vern Cotter needed, with Johan Goosen sidelined for at least two months after badly spraining his ankle early in the Top 14 win over Toulon at the GGL Stadium, and fellow playmaker Aaron Cruden (calf) on the injury list.

The news on Steyn will cool whispers that Ruan Pienaar may have to move out from scrum-half, with Julien Thomas coming in at nine.

The French club’s injury woes do not end at 10, though. Nemani Nadolo pulled out of last weekend’s match with a leg injury. His late replacement, Timoci Nagusa, then tweaked a hamstring chasing down his own kick ahead. 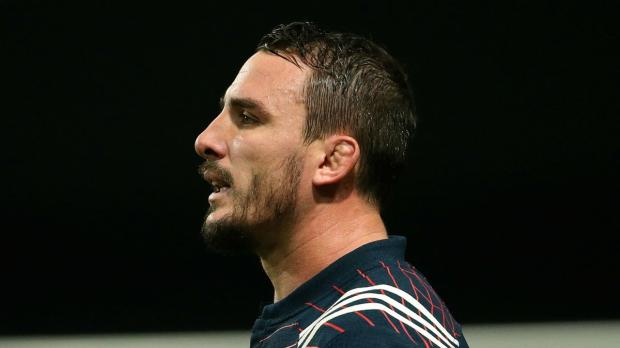 The decline and fall of the Toulon empire since the heady heights of a third Champions Cup title in as many years has not been pretty to watch. This campaign so far has been the worst in recent memory – and the mad early-season scramble for new players to paper over the cracks of a misfiring squad has been particularly unedifying.

Such has been the club’s fall from grace that a cut in the length of a suspended points deduction from three seasons to one is regarded as a major plus.

Charles Ollivon, Fecundo Isa and Marmuka Gorgodze are all out of the running for the first two Champions Cup outings, while club captain Mathieu Bastaread will miss the opening weekend at Mayol, but is expected return for the second round trip to Edinburgh.