END_OF_DOCUMENT_TOKEN_TO_BE_REPLACED

Have people seriously run out of thinks to be outraged about?! I

Fully agree but would go further. The RFU Council needs a fundamental overhaul. The incompetence on display over recent years is staggering. One simple question I have is who is in charge of PR and Media Relations? These people are allowing the sport to be led by the nose by those who hate the fact rugby is a physical (and therefore has an associated risk). This constant handwringing about the risks of the game mean the main takeaway for potential future players is almost entirely negative. They even thought announcing a fundamental and surprise law change with the obvious ramifications JUST BEFORE THE 6 NATIONS was a good idea!!!

Harlequins guaranteed their presence in the Gallagher Premiership play-offs after edging Bath 44-33 in a roller-coaster afternoon at Twickenham Stoop.

Quins had to battle to the end of a 10-try thriller with touchdowns from captain Stephan Lewies and replacement scrum-half Martin Landajo eventually burying determined opposition.

Even though Lewies had crossed in the 60th minute Quins could not breathe easily as fly-half Marcus Smith, normally a pinpoint kicker, failed with three successive penalty attempts that would taken his side clear.

The bonus point had been secured by half-time but Bath, who trailed 32-18, fought their way back into contention in the third quarter through enterprising tries by Willi Muir and Josh Bayliss and would have scored more but for wasteful finishing.

Stuart Hooper’s side finished with a deserved bonus point but it was not the result they want as they aim to salvage Heineken Champions Cup qualification from a poor season.

Roared on by a 4,000 crowd who immediately forgave Smith sending the kick-off into touch on the full, Quins made a blistering start with a quick throw-in by Danny Care renewing an attack that ended when Jack Kenningham crashed over.

Ben Spencer, Taulupe Faletau and Joe Cokanasiga made early impacts for Bath, who were causing plenty of problems until a blistering break by Max Clark hit the buffers through a lack of support at the ruck. 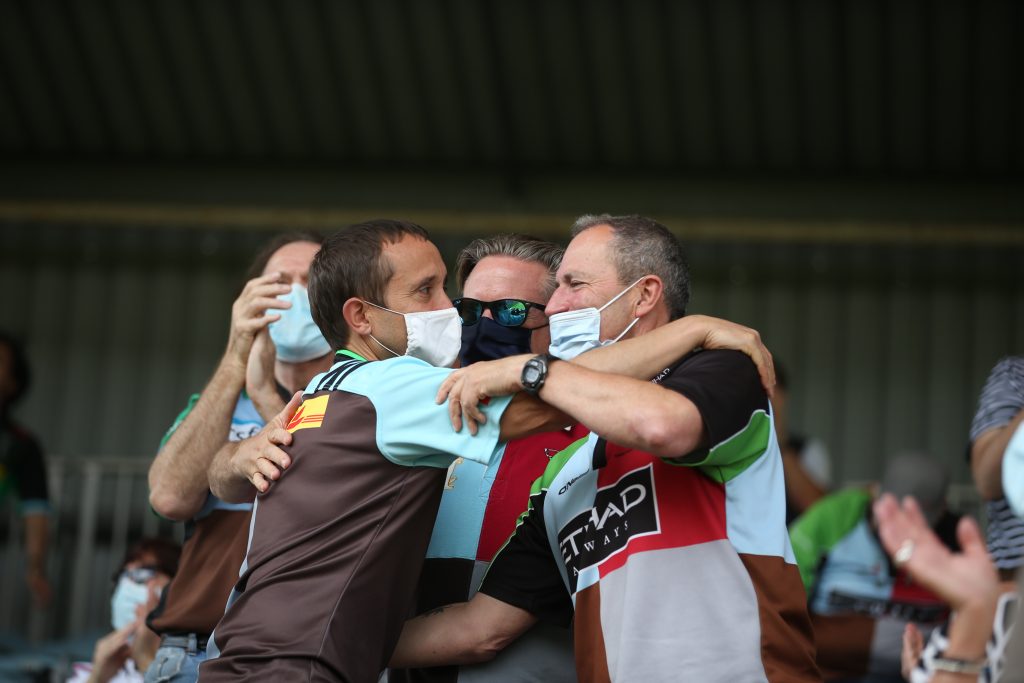 Spotting the ball was out, Joe Marchant scooped it up one-handed, escaped down the touchline before well-timed passes from the England centre and Tom Lawday enabled Care to cross.

Faletau was a menace in the build-up to Bath’s try-scoring response with lock Josh McNally eventually forcing his way over from close range and with Spencer acting as the catalyst, a second arrived through Muir in the 26th minute.

Quins were being beaten at their own game as Bath, inspired by the influence of Spencer, Faletau and Sam Underhill, operated at a high tempo built on lengthy spells of possession. 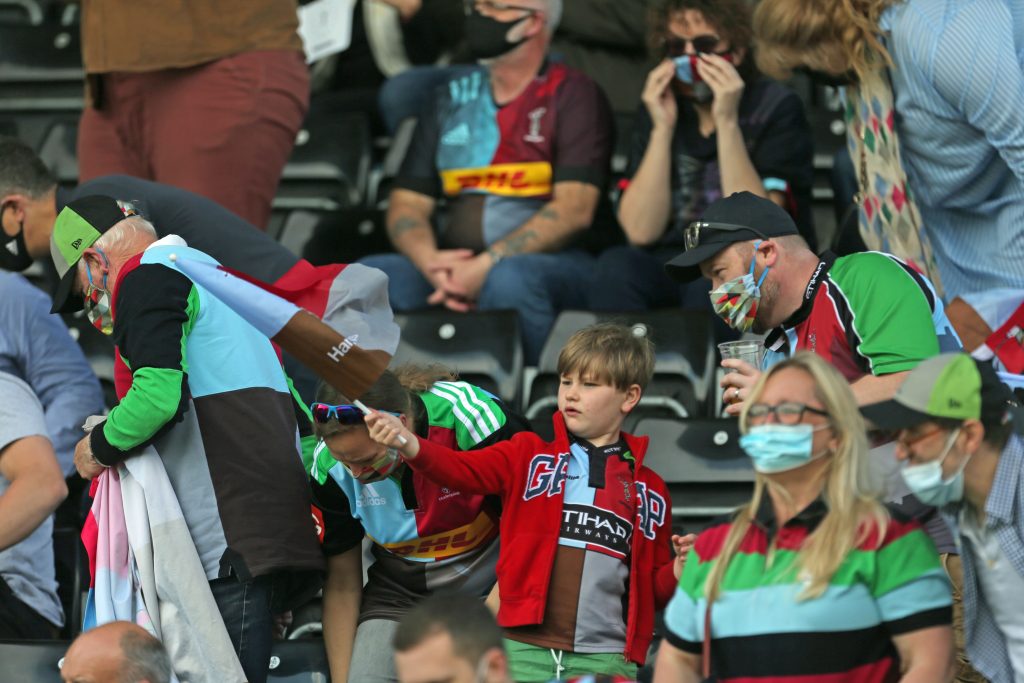 For all his brilliance, Faletau was at fault as the lead changed hands once more, missing his catch at the restart, with Marchant inevitably lurking to pounce on the error, gather the ball and touch down.

And as the half-hour mark passed, they galloped further ahead with a try launched by Tyrone Green’s enterprising break from inside the 22 and finished when Smith sent Luke Northmore sprinting through a gap.

Bath should have done better in defence and now they were looking to slow down the frantic pace set by a resurgent Quins, who sensed that more tries were there for the taking. 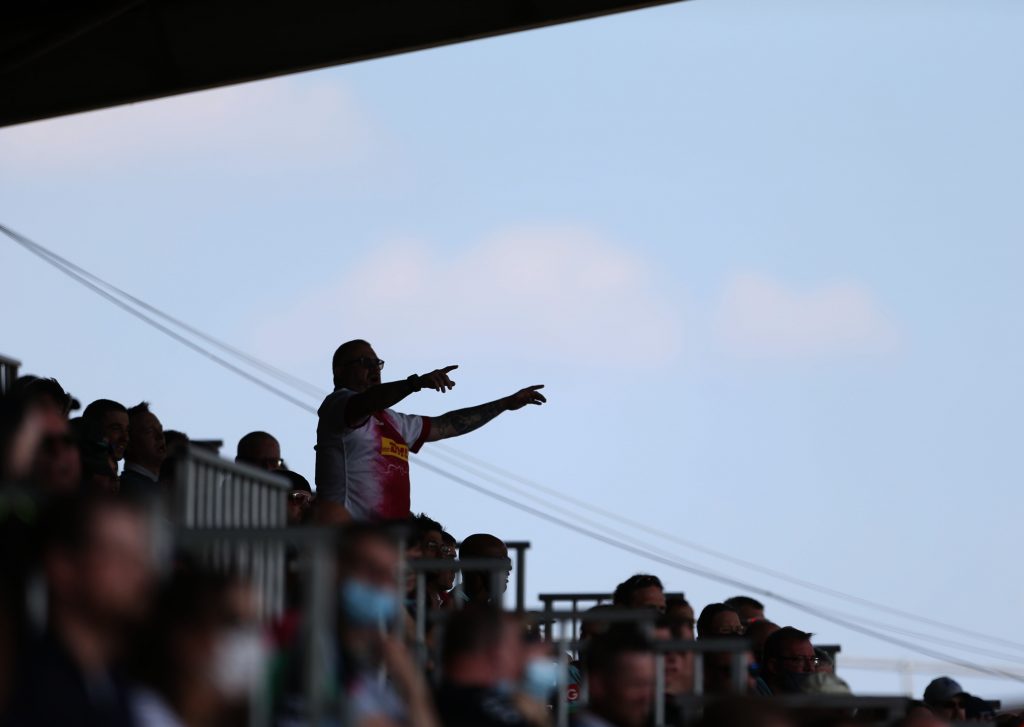 Half-time interrupted the home flow and one minute after the restart Tom de Glanville hurtled free downfield and when the ball was fed wide Muir dived over.

Bath now trailed just 32-23 and they appeared to have scored again but Cokanasiga was ruled to have dropped the ball while touching down.

The giant England wing atoned in the next passage of play, however, by marauding infield to start another of a thrilling match’s beautifully worked tries which on this occasion was finished by Bayliss.

Bath would have extended their one-point lead had Green not knocked the ball out of Spencer’s hands as he was about to score.

It proved a costly mistake because when Alex Dombrandt found space deep into enemy territory he was able to pop a high pass to Lewis, who crossed under the posts.

Smith’s problems at the kicking tee prevented Quins from finishing the visitors but Landajo dummied his way over with two minutes left to settle a crazy afternoon in south west London.