Could this be Wales' starting XV at France 2023?

With no rugby for the foreseeable future, many are left wondering how to fill the void. One option, of course, is to look further into the future. All the way, perhaps, to France 2023?

Before the Six Nations was postponed, Eddie Jones suggested Wales might need to regenerate their ageing squad. A number of the current Wales squad are 30 or over: Dan Biggar (30), Justin Tipuric (30), Leigh Halfpenny (31), Hadleigh Parkes (32), Ken Owens (33), Alun Wyn Jones (34). If fit, we could add Jonathan Davies (31) to that.

WATCH: Jim Hamilton is joined by Ian Mckinley to discuss the effects of COVID19 on the everyday life of a rugby player living in Italy.

“If fit”, is, of course, a crucial factor when considering this Wales squad, given how many first-choice players are currently injured – arguably Biggar, Halfpenny, and Parkes might not have started so many games had Gareth Anscombe, Liam Williams, and nearly any of the other capped Welsh centres been fit, for example.

But it’s still an interesting exercise, especially with Wales under new management that is clearly taking a new direction and so much young talent emerging. In three years, players like Taulupe Faletau (29) and George North (27), along with Tipuric and Davies, would almost certainly have more than one hundred caps each.

But would Pivac prefer that vast amount of experience in a starting XV or might he start picking fresher faces now to acquire experience in time? Was Francois Louw right, when he said about retiring, that players wouldn’t make it to 35 at the highest level anymore?

With all that in mind, RugbyPass has put together a possible Wales XV for France 2023 (injuries permitting, of course). It’s young, it’s dynamic, and it’s exciting. Some of them might even prove to be right…

Liam Williams
At 32, Williams would be one of the oldest and most experienced members of this team but, having returned to Wales this year, his workload is likely to be carefully managed going forward.

Although his attacking game is what often catches the eye, Williams is the total package: rock-solid in defence and under the high ball, a distributor, a running threat, and a finisher. He is also more than comfortable with Pivac’s style.

Josh Adams
A winger whose game is based on far more than just speed, he currently feels like a shoo-in. Clever in attack, reliable in defence, and one of the highest strike rates in the world right now, Adams is still only 24. By the time the next world cup rolls around, he will be in his prime and it is not unrealistic to think that he might have 50+ caps to draw on in addition to that skill set.

Nick Tompkins
Until very recently, Tompkins was an impressive team member in Saracens deeper-than-deep squad that many people hadn’t heard of.

Now, he is the newly anointed Prince of Wrecsam and one of the hottest properties in rugby, impressing throughout Wales’ four games in attack by using his footwork, physicality, and smarts to break through opposition defences at will and showing a lovely passing range. There’s work to be done in defence but he has the time and looks worth the commitment. 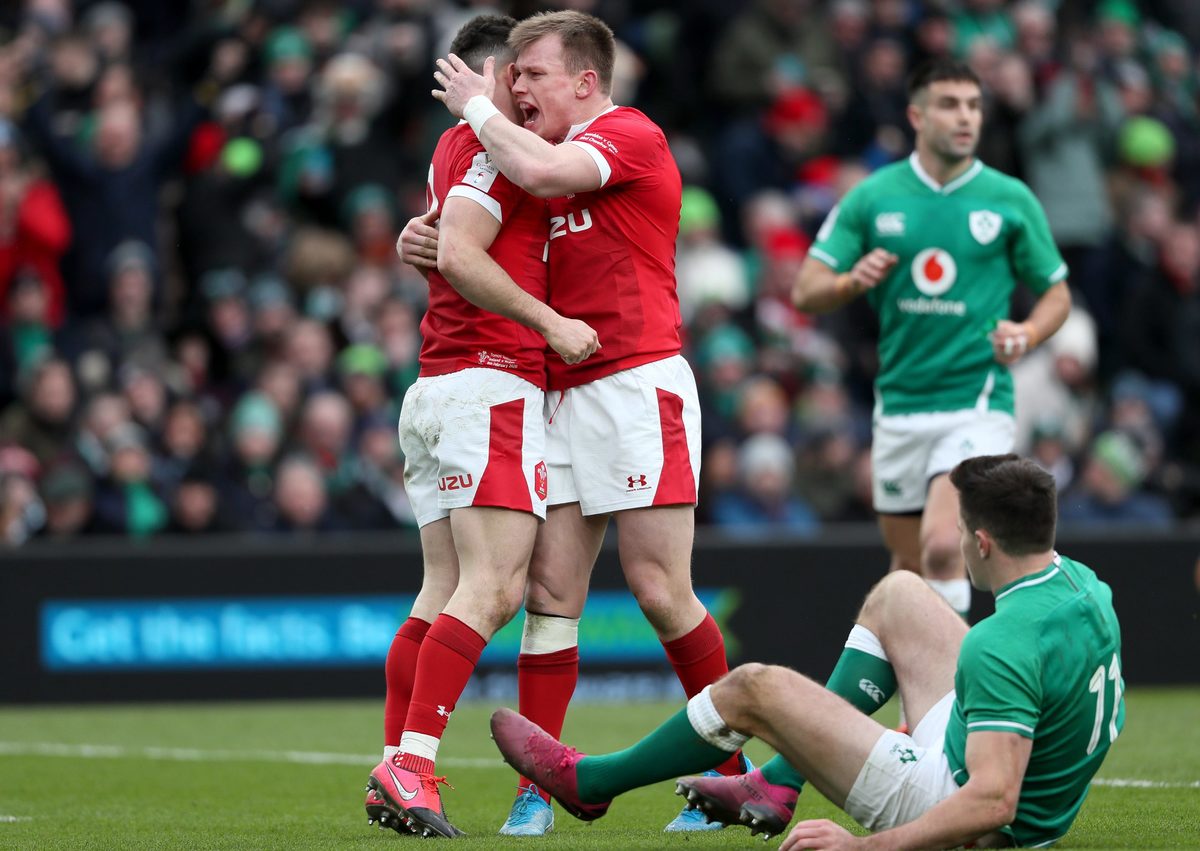 Wales have a number of exciting young centres, with Ben Thomas, Tiaan Thomas-Wheeler, and Kieran Williams all impressing at a young age. But Watkin is an excellent defender with a welcome habit of ripping the ball away from the opposition to set up counter-attacks.

Moreover, he carries well, has a nice step, and is comfortable kicking and passing. While not necessarily a playmaker 12, he is comfortable distributing and his carrying would be welcome in a team full of natural footballers. He’s also spent a lot of time at 13 for Wales, which would allow him and Tompkins to interchange nicely, as the situation demanded.

If we’re picking a Wales XV for 2023 right now, who wouldn’t be tempted to include Ress-Zammit? Minor injuries and time outside of the Wales camp with Gloucester have prevented him from being capped so far but it looks like it is only a matter of time for the speedster, who easily raised his game to the level of Heineken Champions Cup when asked.

His ability to pick a line, finishing, offloading game, and pace make him a dream winger.

Wales have a number of impressive options at fly half and any one of Anscombe, Rhys Patchell, or Jarrod Evans are plausible options for a Pivac pivot, even if we rule out Biggar as being too old (which is something we might not want to say to his face). 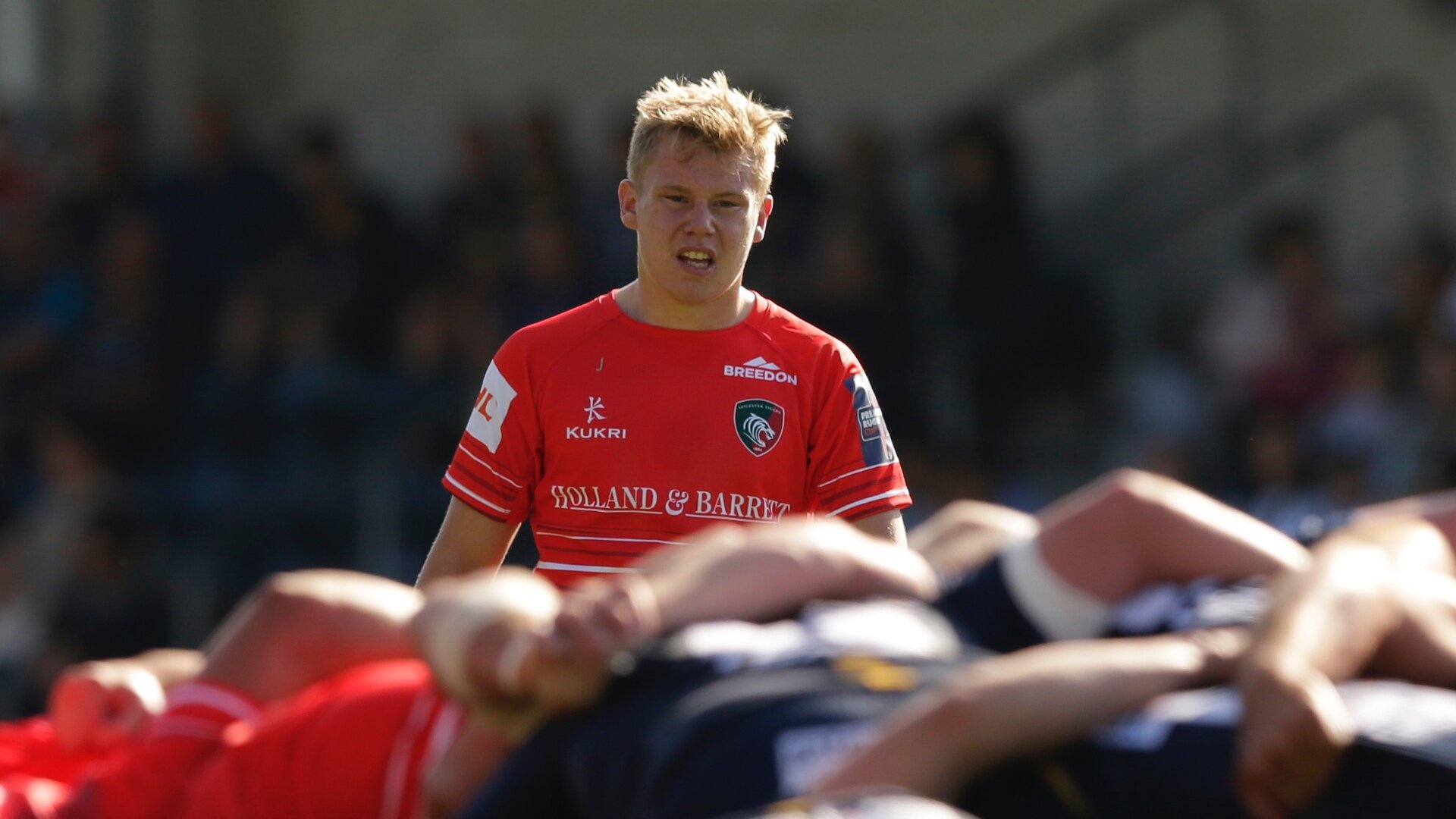 But Costelow has demonstrated repeatedly for the U20s that he is a thrilling attacking talent and a steady kicker and this might be a position where Pivac takes a chance on a true young gun.

A player who catches the ball one-handed as often as Williams and is involved in the tries he was this tournament seems like one who will be around for a while. He is another player who will be hitting his prime in the next RWC and seems likely to have 50+ caps, with the added experience no doubt benefiting his defensive game.

Williams is a natural talent and absolutely box-office at his best, with an eye in attack that Pivac is sure to want to retain.

Front rowers tend to come into their prime a little later and last a little longer than others and, anyway, you could make an excellent case for both Wyn Jones and Rob Evans here. 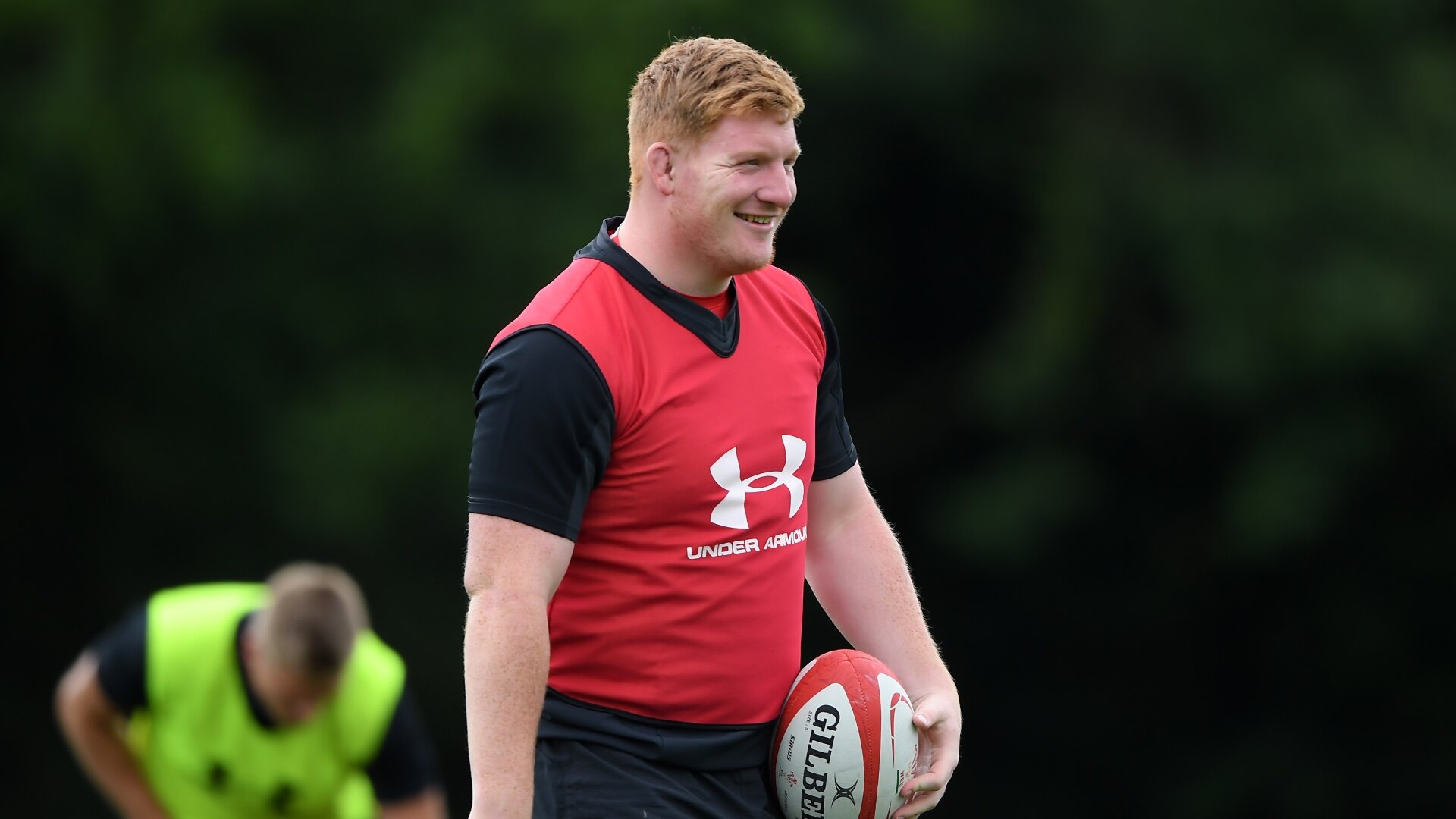 That said, there is just something so exciting about the prospect of Wales’ younger set of props. Carre is in danger of making props exciting (front row union card immediately revoked), with his carrying and work in the loose. Three more years of experience, with one world cup already under his belt, could make him quite fearsome for the opposition.

In many ways, a Pivac team without Owens seems unthinkable. But Dee has been quietly putting in impressive shifts off the bench for some time now in a Wales jersey and has wracked up more than a century of caps for the Dragons as well. The dynamic hooker is a serious competitor and could well form a new-look front row for Wales in the near future.

Much like at loosehead, an entirely sensible case could be made for both Tomas Francis and WillGriff John in this position, with their undeniable scrummaging abilities. But Lewis already has more caps than years (26 and 24, respectively) and is a huge talent in the loose and at the breakdown, both areas essential to Pivac’s style.

Like Carre, France 2023 would be his second world cup and he has the potential to become the type of modern prop who can switch from pillar to pivot with ease.

Perhaps a surprise choice, given that Rowlands currently only has one appearance off the bench at international level at 28 years of age. But prediction is a risky business and both Pivac and his attack coach Stephen Jones have made clear that they rate Rowlands very highly – and have done for some time.

He is a big man and has shown for Wasps he has an even bigger engine, is reliable in the lineout, and athletic around the park. What’s more, as he showed in his one appearance for Wales off the bench, he’s surprisingly quick. It’s a big call but Rowlands feels like he has all the attributes Pivac would want in his second row.

Jake Ball and Seb Davies are both excellent options but Hill and Rowlands could make a fine pairing in the engine room and the Dragons man has long been touted as a leader. Wales have had a core of senior players for some time now and, in a younger team like this, leadership like Hill’s will matter. He also combines soft hands and good vision with a huge work ethic and patience. 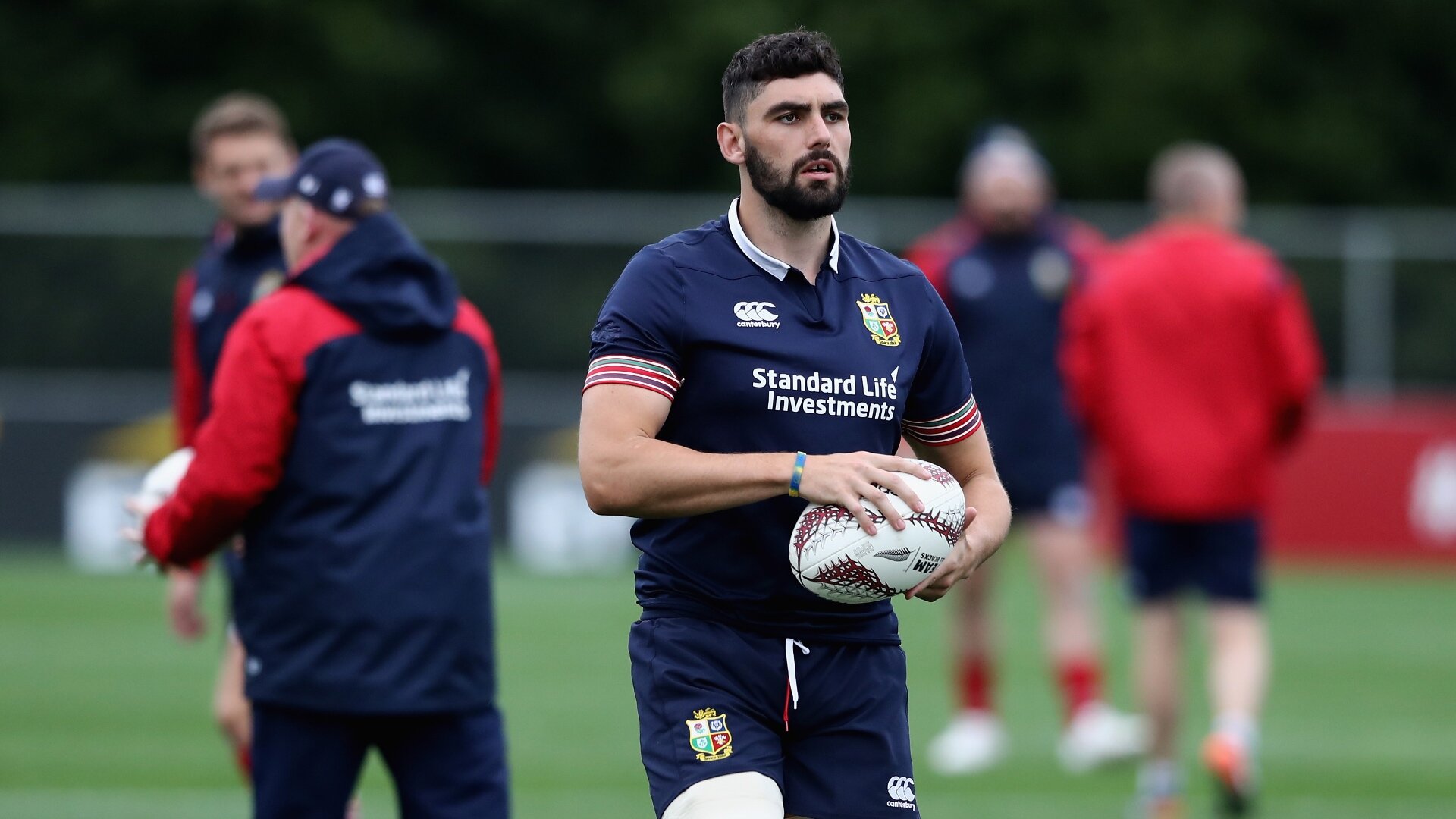 It’s been a while since we saw Jenkins in a Wales shirt, as he continues to recover from the injury that saw him leave the field before the end of the match after an astonishing performance against South Africa in 2018.

Wales have quite remarkable depth in the back row but Jenkins has been compared with former Wales captain and regional teammate Sam Warburton – and not without reason. An openside by preference, he is comfortable across the back row, a huge competitor, a natural leader, fierce in the tackle and at the breakdown, and more comfortable in attack than Warburton often looked. A no-brainer of a selection.

If we are to rule the outstanding Tipuric out for 2023, Basham seems like a natural replacement and one who has frequently been compared with the Trebanos man.

Aged only 20, Basham has already been summoned to two Wales camps and it is clear why: he has the speed, footwork, and attacking instincts in the wide channels but also an appetite for the dog work of an openside. Together with Jenkins, he could make a flanker pairing that excites the crowd without ever forgetting the basics – and one that provides essential quick ball for Pivac’s game plan. 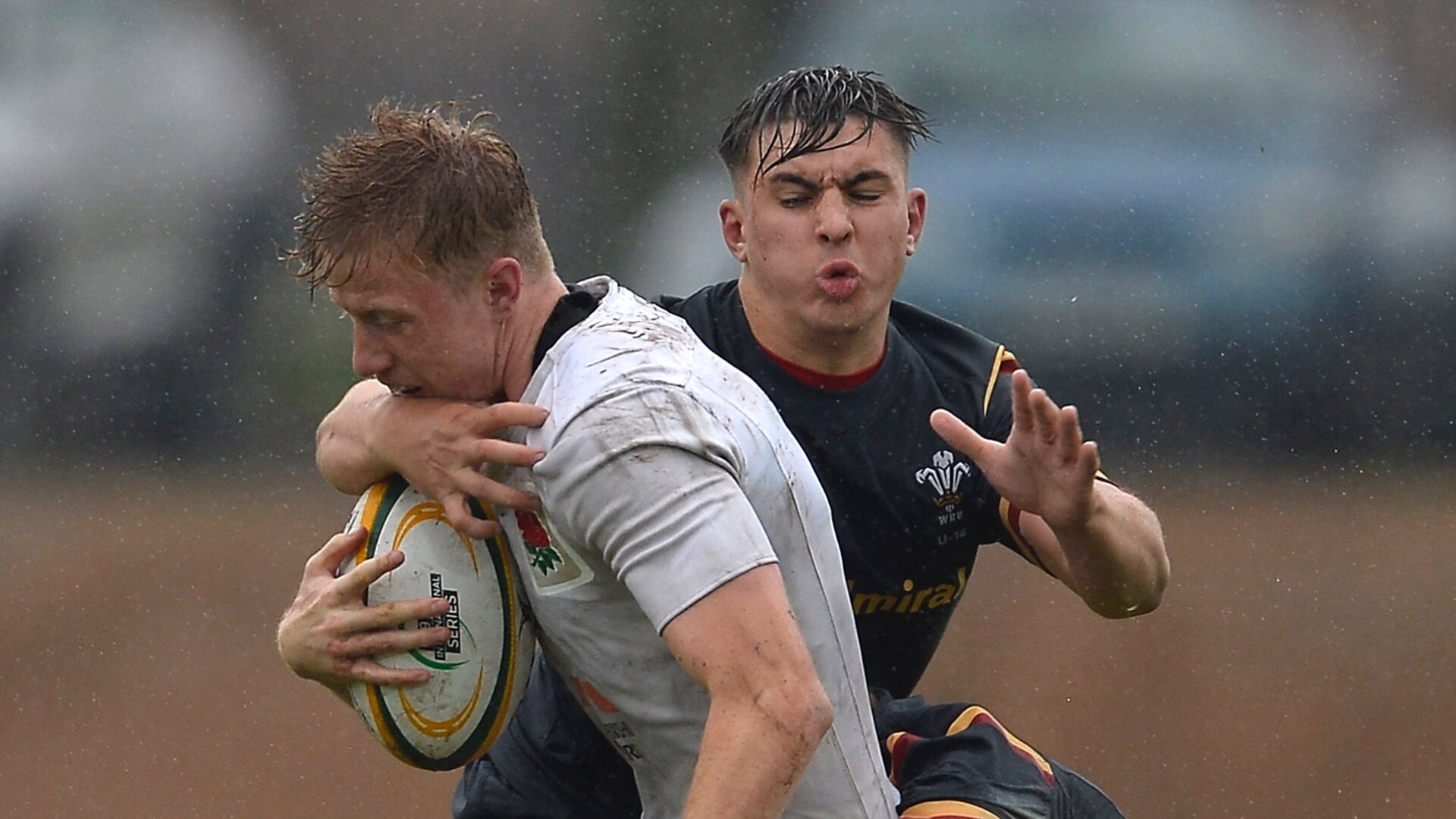 One of the stars of Wales’ last world cup campaign, Wainwright seemed to run out of puff slightly during the Six Nations but there is no doubt he is a hugely exciting player.

He considers himself a blindside first and foremost although he enjoys No8 and is currently focusing on gaining more turnovers. More than anything in a modern back row, balance is key and Wainwright has an excellent all-round game as well as a style well-suited to Pivac’s approach. Ross Moriarty would be a good option from the bench but there is a reason Gatland preferred Wainwright in Japan 2019.

Could this be Wales' starting XV at France 2023?