Cameron Redpath says that choosing Scotland over England was a matter of timing, but admits ‘it felt right’ when he told his Scottish family that he would be following in his father’s footsteps by pulling on the blue jersey.

The Bath centre was sensationally named in Scotland’s Six Nations squad this week by head coach Gregor Townsend, despite having been involved in Eddie Jones England camps in the past. Redpath, who is the son of Scotland scrum-half Bryan but has spent his entire life in England, says it wasn’t an ‘England versus Scotland thing’, insisting he felt the time was right for him to be involved in international rugby.

“Obviously I’m at Bath and loving my rugby again,” Redpath told Jim Hamilton on RugbyPass All Access: “I’ve spoken to Gregor a couple of times over the past few years. He’s always been pretty good and respectful about my decision to not commit.

“I always say to him ‘I want to earn my place and play well before I get picked by anyone’. He’s always been really good about that. I want to build my own legacy instead of being in my dad’s shadow. Obviously, it’s nice to have it there and I’m grateful to have a dad who’s played 60 games for Scotland, but I wanted to earn it.

“I stood by that the whole time. I didn’t want to rush into a decision.

“I’ve been lucky enough to be involved in the England camp but for me, it was never about Scotland England, it’s been about where will I develop, where will I enjoy my rugby.

“Cause I learnt playing at Sale, and this isn’t slagging anyone off at Sale, they treated me really well. They did everything they could to do right by me.

“I got injured twice with my knee and both times they were quite big injuries. When you’re injured a lot and not performing, you don’t really enjoy it. Being 18, going from a South Africa England tour to being injured, it goes from 100 to zero pretty quick. Being injured, it wasn’t right for me.

“I wanted to leave and get a fresh start. I got that at Bath and just wanted to establish myself as a player there before I made any decisions internationally. Now I feel like I’ve done that and I’m in the leadership group at Bath, I feel like I’ve started to show people what I can do.

“I think it’s just the right time to play international rugby, well, at least try to. If I train well I’ll get my first cap hopefully.” 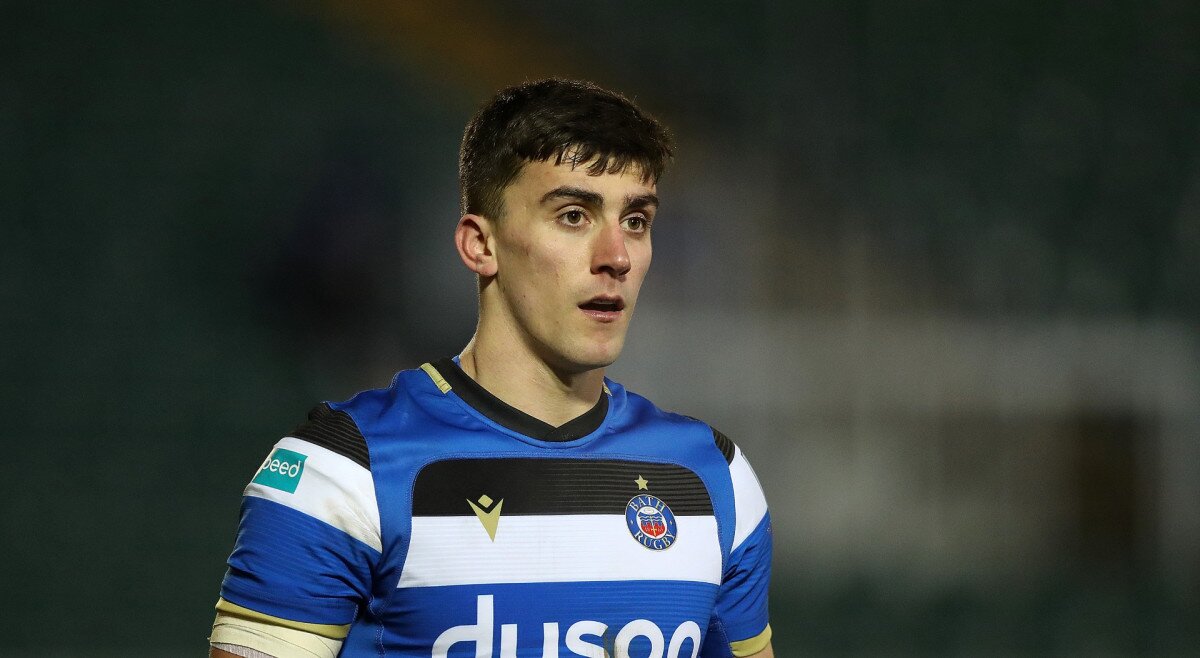 The opportunity to play in Scotland’s backline, arguably the most exciting batch of the professional era, was also a factor Redpath.

“I’ve had both countries at different times being interested. The likes of Finn Russell and Hoggy, who I’ve played against once, for me they’re both very talented players. So for me, it felt right.

Redpath’s strong familial ties to Scotland inevitably led to a certain amount of feel-good factor when he broke the news. “There’s a big emotional side to it for my family. Telling my grandparents that I was going down the Scotland route, it was nice to hear actually.

“They’ve always been supportive no matter who I go with, but deep down you know they’re buzzing inside. A lot of family friends from up in Scotland have messaged me saying they’re buzzing for me so.”

Redpath also gave Scottish fans an idea of the type of player he is and what he could potentially bring to the national side, who are looking to build on a promising 2020.

‘I’d like to say I’m a ball playing 12 who can get a bit gritty and work hard. I don’t shy away from a jackal and I quite enjoy that side of it. Probably not great for the shoulder as a centre.

“I quite like being a ballplayer and doing the fancy stuff over the gritty stuff but it’s there as well.

“To be a world-class centre you have to have a bit of everything. If I can bring the gritty hard work and hard, straight-line carrying into my ballplaying aswell, then hopefully that will work and it bounce off the likes of Finn and Hoggy.

“Hopefully I learn off them and bring a bit of the flair you see with the likes of Finn, like nut-megs in the middle of a game, if I can play alongside of that and try to a bit of that, that’d be pretty cool.”