'As with all the clubs in the Premiership, we adhere to the salary cap'

Leicester captain Tom Youngs is confident the youngsters in the Tigers squad will use Friday’s European Challenge Cup final defeat as motivation to return to the big stage again.

The Gallagher Premiership club suffered a heartbreaking one-point loss to Montpellier in front of 10,000 spectators at Twickenham despite holding a 17-10 lead during the second period.

Montpellier eventually hit back to clinch silverware but Youngs, who saw Leicester play in a major final for the first time since 2013, is optimistic the future remains bright for the club.

“To come up short in a final is always hard to take but we’ll have to take that, those young guys will take it and hopefully use it as motivation going forward,” the 34-year-old said.

“We’ve got some young boys out there who I spoke to in the huddle and I just told them how proud I was of them for turning up on the big occasion.

“I told them to remember it and drive them forward. I’m immensely proud of the effort. We haven’t been in a final for eight years, so you’ve got to be proud of that as well.

“It’s been a huge squad effort – 41 players have played in this tournament – and given the opportunity for 23 guys to go out there and represent Leicester Tigers and give it a good go.

“We’ve come up short by one point, which is pretty gut-wrenching and it will take a little bit to get over, but we’ve been about effort, not going away in games, we’ve been about moving the ship forward and I felt that we did that. I feel these guys are going to move it forward and keep going forward.”

The performance and in particular aggression of 20-year-old Freddie Steward would no doubt have caught the eye of England head coach Eddie Jones in the stand.

A product of the Tigers academy, the full-back made 10 carries and gained 62 metres in an eye-catching display while five other members of the squad were aged 24 or younger.

Borthwick referenced in the build-up to the clash how much investment had been put into Montpellier, with three World Cup winners named among their replacements. While Philippe Saint-Andre’s side languish near the bottom of the Top14, Friday’s victory made it nine wins from their last 10 games. 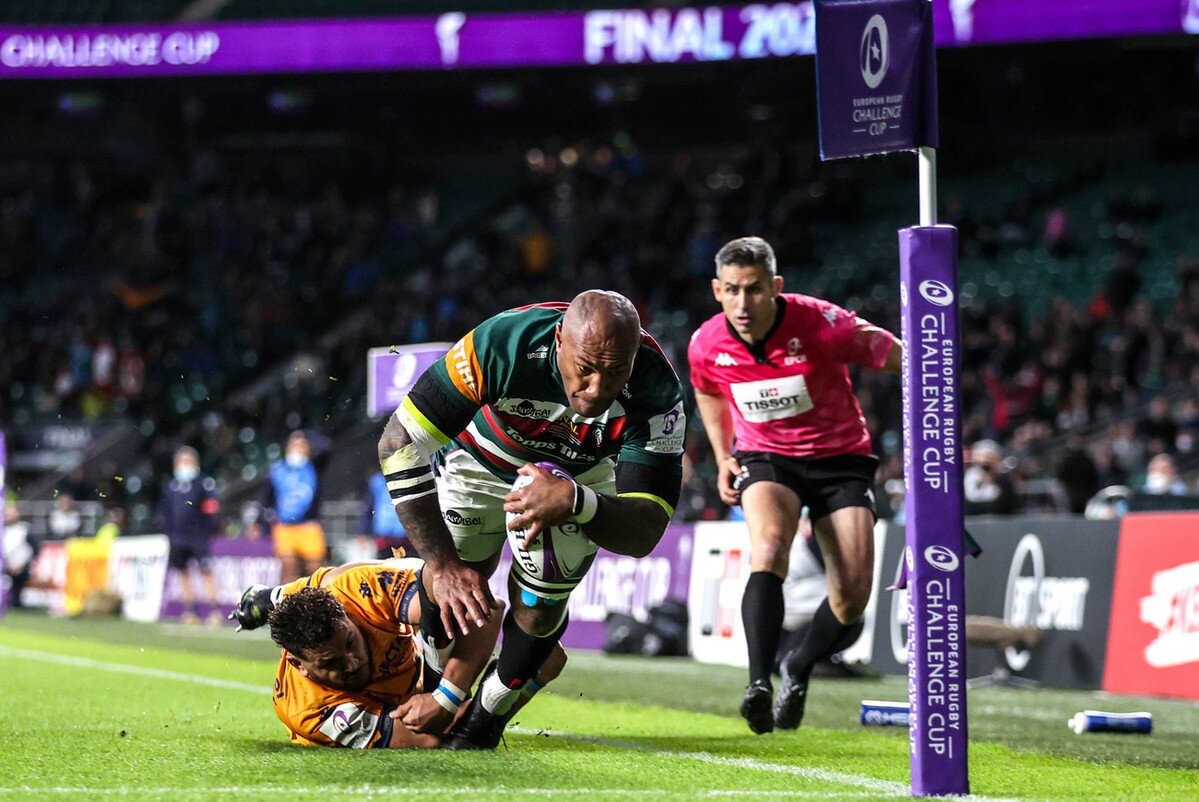 The former England forwards coach says Leicester will never be able to match the budget of the French side – who are bankrolled by billionaire owner Mohed Altrad – and insisted nurturing talent from their academy is key.

“As with all the clubs in the Premiership, we adhere to the salary cap,” Borthwick added. “What we’ve got to do here is coach really well, work very hard – and we’ve got to have an appetite for learning.

“At the same point, I think what you’ve seen here is some reward coming out, players coming out of our academy or young players that are coming through.

“Tom is a product of it. You’re seeing Freddie coming through, you’re seeing other guys that are in this squad that have come through this academy, so what we want to do is bring through young players that are Leicester Tigers through and through – but we want to be able to recruit really top-quality players as well.”

One Englishman did celebrate at full time with Alex Lozowski able to add another trophy to his impressive CV, which includes two Premiership titles and a couple of Heineken Champions Cup wins.

The versatile back won that silverware with parent club Saracens, where he is expected to be next season, and admitted his loan spell in France had been a rollercoaster of emotions. 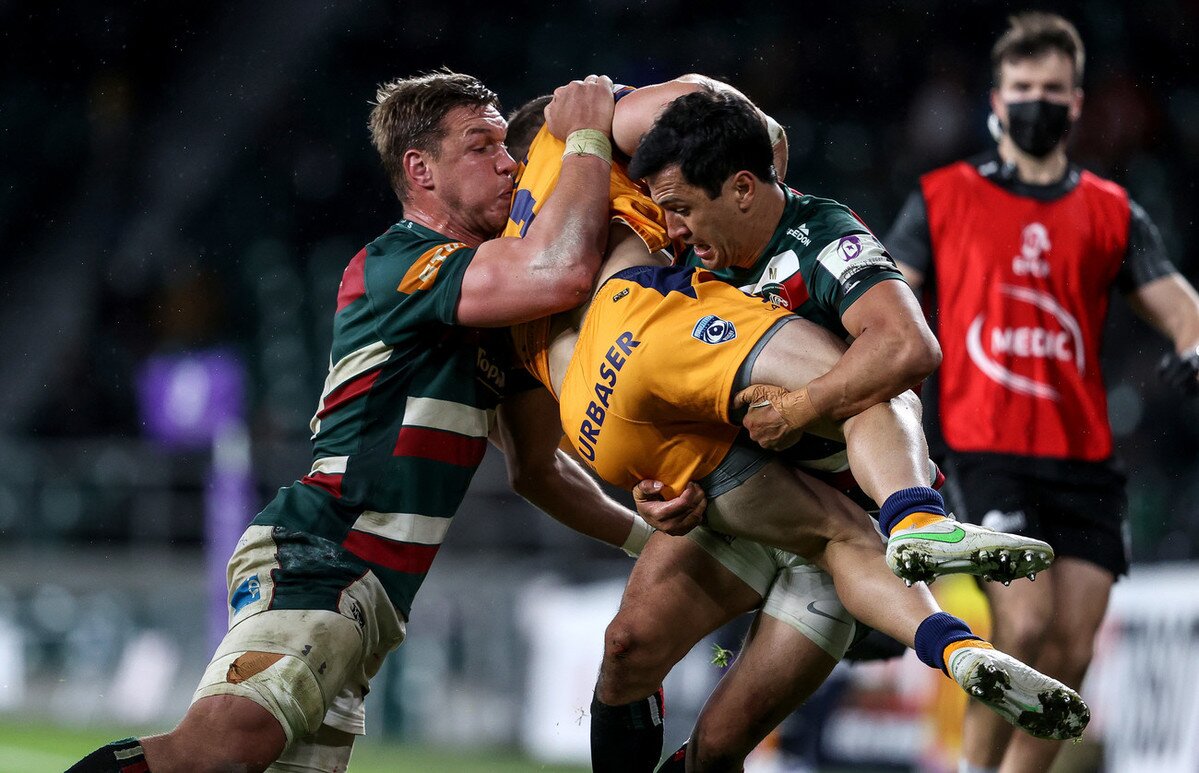 Lozowski told BT Sport: “I think if you’ve said to us we would win something in January, we’d have said you’re mad so to turn it around is amazing.

“To have done it for our fans, who have clapped us off at every away game when we’ve got on the bus and it’s great for everyone who cares about Montpellier, so we’re really happy.”

Victory at Twickenham ensured the two-time Challenge Cup winners will be in Europe’s elite competition next season, which remains the aim for Tigers who are firmly in the mix for a top-eight finish.

Leicester, who have finished 11th in each of the last two campaigns, travel to basement club Worcester on Saturday knowing victory in their final three fixtures will seal a place in the 2021-22 Heineken Champions Cup, a competition they won twice at the start of the century.

Borthwick said: “The players are disappointed, quite rightly, and I’m disappointed, so this weekend we’ll acknowledge that disappointment and then, come Monday, we’ll be focusing on our next game.

“We play Worcester next Saturday afternoon and that’ll be the target from Monday onwards.”

'As with all the clubs in the Premiership, we adhere to the salary cap'