Wallabies hooker given lengthy ban Next
Back
Six Nations

England had the game won in Cardiff on Saturday but ill-discipline cost them once more and Kyle Sinckler was the biggest culprit.

He played really well but him losing his head swung the momentum Wales’ way massively. Warren Gatland described him as an “emotional time bomb” in the build-up to the game and he was proved right.

He made 17 tackles in 56 minutes and was all over the pitch contributing in a positive sense but then he got wound up and felt he had to act as some sort of enforcer so he fell into the trap hook, line and sinker!

He lost his head and, as well as that resulting in a couple of penalties and leading to his premature departure, it really hurt England even more because it got the Welsh boys even more pumped up. That’s the last thing England needed at that stage in the cauldron that is the Principality Stadium.

It’s a massive flaw in his game and Eddie Jones had no choice to haul him off before the hour mark. He was playing so well and there’s no way he would’ve been taken off then if it wasn’t for the lack of discipline. 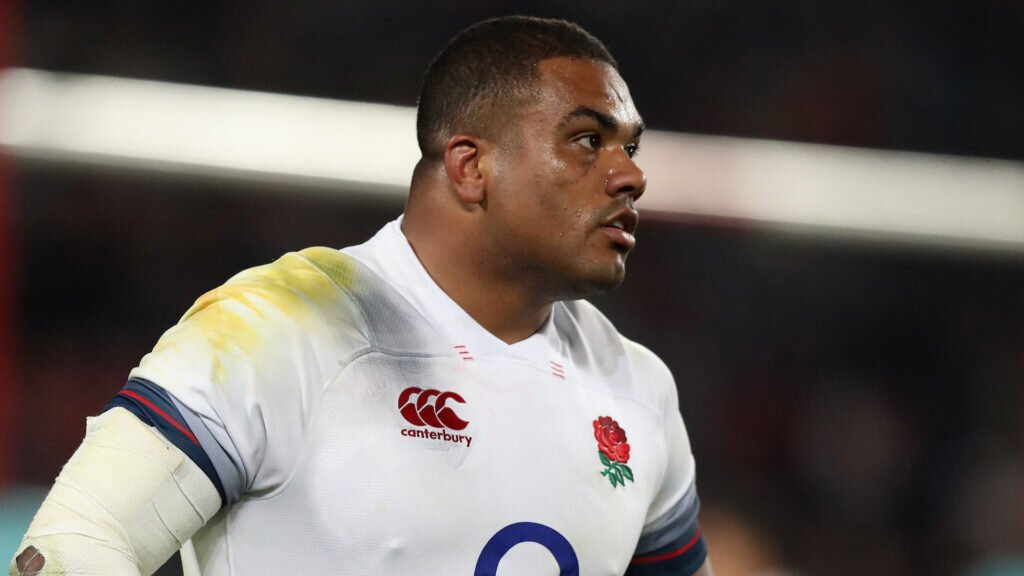 You only have to look at the fact that Jamie George played the full 80 minutes and Ben Moon only gave way to Ellis Genge for the final four minutes to see that it wasn’t a change that was going to be made anyway at that point.

Clearly, Dan Biggar coming on for Gareth Anscombe had a big role to play as well but momentum shifts are huge in sport at the highest level and they aren’t just caused by individual errors, sometimes they’re brought about because of emotional factors and that’s what happened on Saturday.

It’s great that his coach and team-mates come out and defend him and call for people not to make a villain out of him, that’s exactly what you’d expect to happen, but it’s right that he’s taken to task in the media.

As I said, he had a great game up until losing his head and the last thing I want to do is vilify him but this isn’t a new phenomenon and it’s something he has to start putting right and fast. Whilst it’s great that Eddie Jones is defending him in public, you’d hope he’s had a chat with him behind closed doors.

I remember talking to Jason Leonard about it and he said that when Joe Marler plays alongside him he spends half the time trying to calm him down. It’s great to have an edge about you but it could end up costing England even more dearly later in the year and they need him to address it. 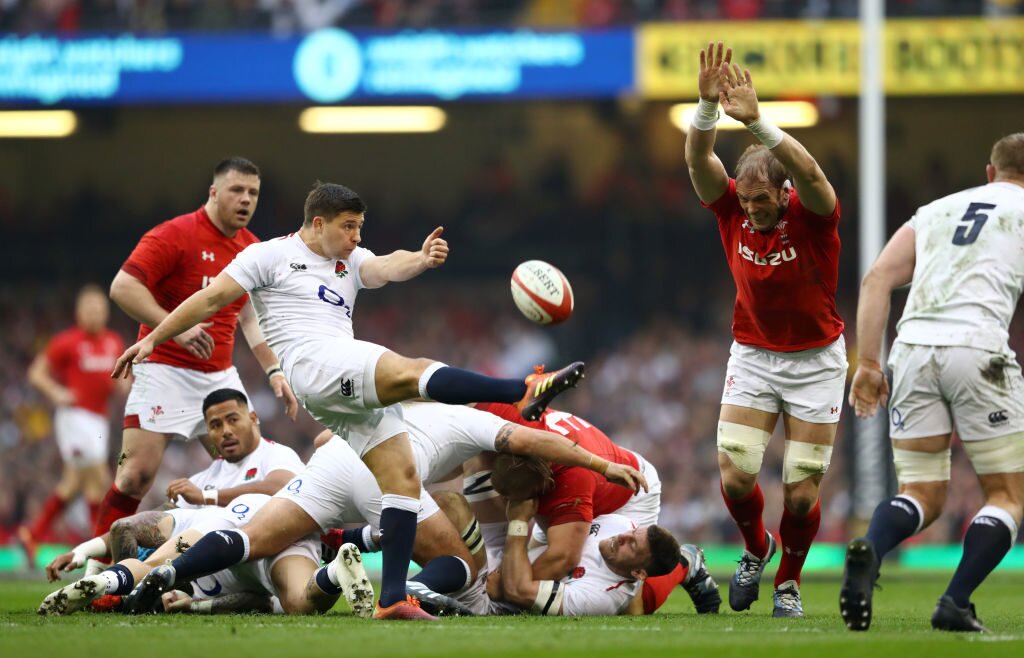 Ben Youngs of England clears the ball during the Guinness Six Nations match between Wales and England at Principality Stadium. (Photo by Michael Steele/Getty Images)

Eddie has taken to referring to his bench as ‘finishers’, as we all know, but he clearly doesn’t trust his replacements at the moment. The game was crying out for Dan Robson to come on and add some pace to it but he didn’t trust him to go on and do what he does well.

He did put Joe Launchbury on for George Kruis for the final quarter of an hour but he was forced to put Harry Williams on because of Sinckler’s lack of control and then Joe Cokanasiga and Brad Shields only came on because of injuries to Jonny May and Courtney Lawes.

England had done a job on Wales in the first half and the crowd looked a bit shell-shocked at times. If they’d have got the try just before half-time, I think the game was over but it all started to unravel midway through the second half.

They lost their discipline and Sinckler was the main culprit. Don’t get me wrong, he shouldn’t be made a scapegoat of because England lost the penalty count 10-4 and they weren’t all down to him but it’d be stupid to suggest that there’s no issue.

Quite a few of the penalties England conceded were for offside and that’s something you have to address as a team on the field but the offside law is something I think World Rugby need to look at as well because teams are half a yard offside a lot of the time and aren’t always pulled up on it.

Those penalties are something England can deal with and, to a certain extent, they’re also the result of the defensive system they’re trying to implement and also the fact that they’re making over 200 tackles per game on average!

There’s no doubt that you can win games making that many tackles and England proved that in the opening couple of rounds but you can’t expect to win week in, week out if you’re having to put in quite that big a shift in defence.

It saps a lot more energy defending than it does attacking and you’re not going to look as fluent in attack if you’re not having a lot of possession and you’re having to put your body on the line so much in defence. 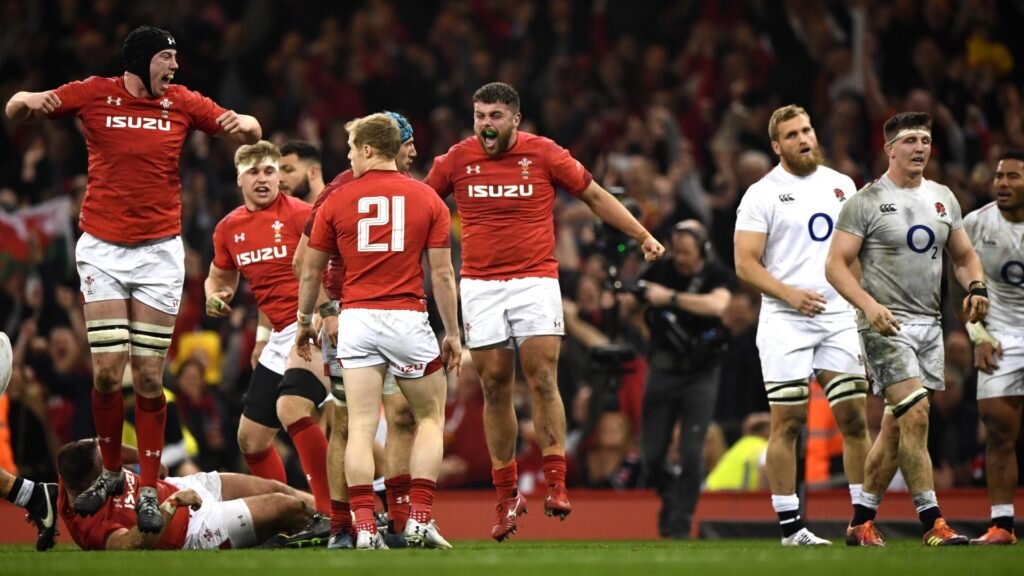 England’s game plan didn’t change too much from the opening couple of rounds but they came up against a better back three and the accuracy of their kicking game just wasn’t anywhere near as good.

And, there’s no doubt England missed Maro Itoje and Mako Vunipola, in particular, when they had the ball in hand. Billy Vunipola made 20 carries, Tom Curry had seven and none of the other forwards had more than five so there was too much onus on the Saracens number eight.

You only need to be off by one per cent or so in a few areas to lose a tight Test match that you might otherwise have won and that’s exactly what happened to England. They won’t panic and they haven’t gone from zero to hero to zero again in the space of a few weeks but there are a few areas they need to improve on and discipline is certainly one of them.

Unfortunately, as well as he played and he was fantastic for the 56 minutes he was on the field, I do believe that Sinckler’s ill-discipline and inability to keep a cool head was a major contributing factor in England losing the game.

Let’s not make a villain out of him, as Eddie has asked, but let’s be honest and realistic and hope it’s something they’re working on with him because if he sorts that out, he can be a world-beater.