Ellis Genge is an exciting young talent who represents Leicester Tigers and England. Due to his size and power, he’s been nicknamed ‘baby rhino’ by rugby fans around the world.

Born on 16 February 1995, Ellis Genge started playing rugby at the age of 12 for Old Redcliffians. When he turned 16, he moved to Hartpury College and captained their rugby team to victory in the AASE league. Due to his success at the junior level, he also represented England from under 17 to under 20 level. During this period, he largely played across the back row.
However, he was convinced to change position to prop by the Bristol Bears when he was 18. Upon agreeing to the change of position, he signed a two-year contract. After a brief stint out on loan to gain experience, he began to play for Bristol in the RFU Championship in 2014.

Due to some off-the-field issues, he left Bristol and signed for Leicester in 2016. After only playing in the final league game of the season and the Premiership semi-final, Ellis Genge received his first England call-up. He made his debut for the national side against Wales a couple of days later.

In the 2016-17 season, Ellis Genge became a regular for Leicester. Although he fell out of England contention at times during this period, he won the club’s Young Player and Best Newcomer awards in his first full season with the club. As a result of injuries, he was then recalled to the England side for the team’s tour of Argentina.

Since, Ellis Genge has performed admirably for both Leicester and England. He’s been capped by his country more than 20 times and he’s almost reached 100 appearances for Leicester. Plus, in the 2017-18 season, he was named in the Premiership Team of the Season.

With many years of top-class rugby ahead of him, we can’t wait to see how the career of Ellis Genge unfolds. When you are playing, you judge yourself by results in the big tournaments and pitting yourself against the best players in the world, says Phil Vickery. 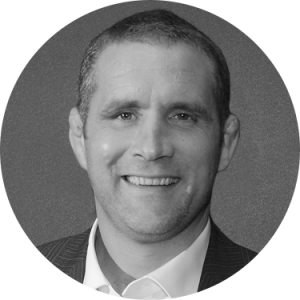 Who will be the Premiership signings of the season?

As Premiership clubs tool up for the long season ahead, which of their new signings will make the biggest impact?

Summer Tests: Who would be picked in a World XV right now?

'Come here and say it': Eddie Jones' fiery confrontation with Australian fan in the crowd