It’s that time of the year, with all the squads announced and the tournament just a week away, when people will be debating who would get in a combined Six Nations team or picking their fantasy XV so here’s who makes the cut for me…

It’s no surprise that over half the team is made up of Irishmen, given the year that they had in 2018, but it might shock a few people that only two England players have made my team and they both come from the same family!

It’s up for debate whether England are going to go back to Mike Brown or stick with Elliot Daly, Leigh Halfpenny is out injured and Rob Kearney is starting for Leinster this weekend after missing some time through injury but Hogg has been consistently excellent for years in the Six Nations. He made more metres than anyone else in last year’s Six Nations and was Player of the Tournament in 2016 and 2017, so is an automatic selection for me.

I’m a big fan Jack Nowell but you just can’t say whether Eddie Jones is going to pick him, so it’s hard to go for him. Liam Williams is definitely going to start for Wales, though, and might even cover at full back. He’s scored a couple of hat-tricks already for Saracens this season and is a world class finisher. 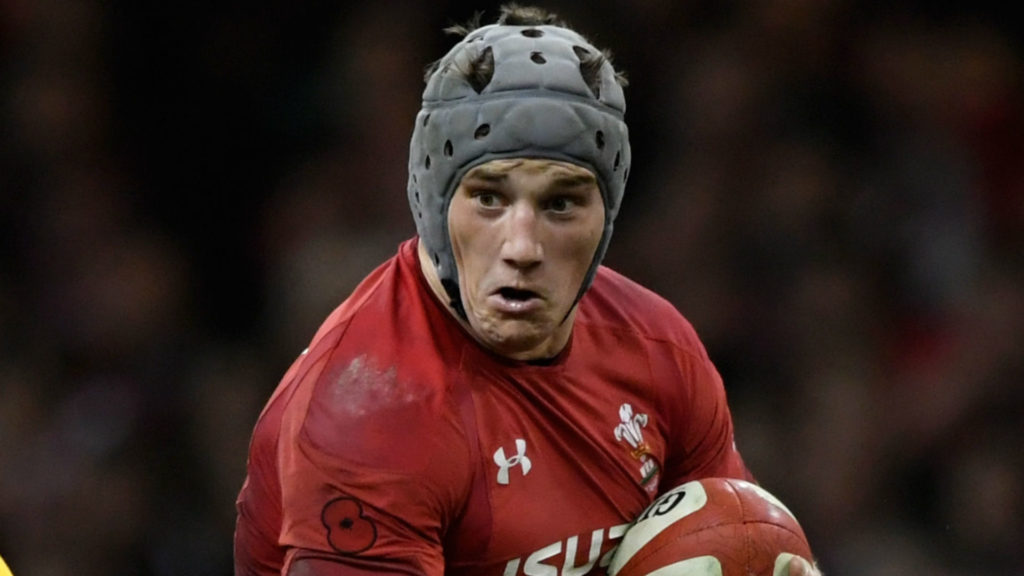 Outside centre isn’t a position that is completely nailed down for some of the other nations but Jonathan Davies is Wales’ main man, he’s started there for the Lions on the last two tours and has looked in great form again this season so it’s impossible to look past him.

A lot of people will be surprised I haven’t gone for Owen Farrell here but I’ve always said you should pick players in their correct positions and I think Henshaw is a key man for Ireland and can be underrated by some people. He takes the ball to the line, makes breaks and has the ability to put other players through holes as well. His partnership with Sexton is great to watch and the wrap arounds between the two of them have become a feature of Ireland’s play.

I’d be surprised if anyone didn’t pick him in their team after the records he set last season and then with him scoring six tries in six games in the pool stages of the Champions Cup this season as well. He’s the size of a horse and as fast as a horse and I fully expect him to score another hatful of tries in this year’s competition.

Finn Russell has been box office in the Champions Cup for Racing 92 this season and his pass against England last year was one of the highlights of the tournament, so he deserves a mention but it’ll be between Farrell and Sexton for most people and how can you go against the World Player of the Year!

He would have been an automatic pick in previous years and maybe isn’t as much now as he’s only just returning from a lengthy period out of action but I’d still go for Murray. He’s the best box kicker in world rugby and is a threat with ball in hand as well. There are other options but I still think he’s head and shoulders above the likes of Gareth Davies, Ben Youngs and whoever France pick at scrum half. 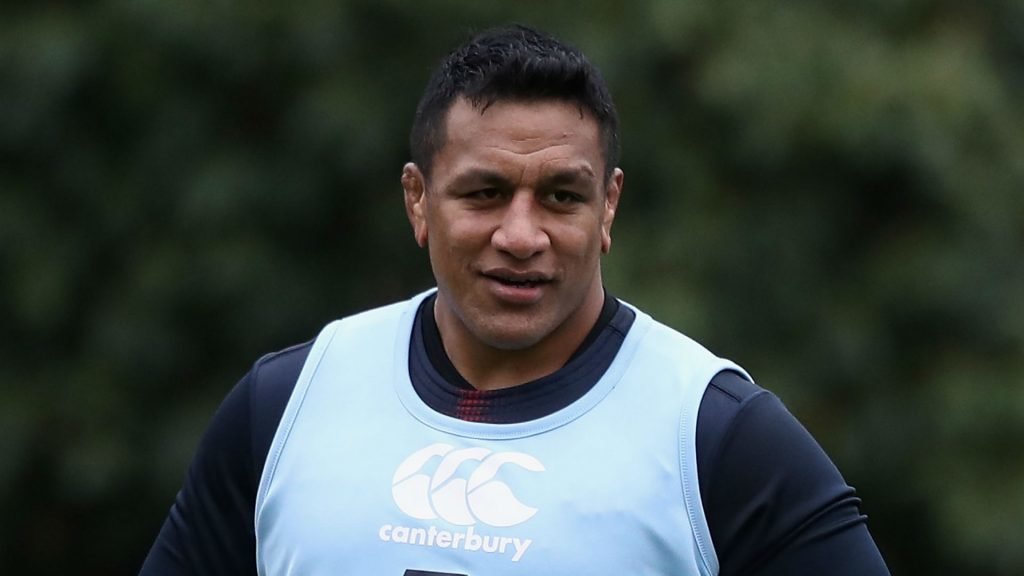 Cian Healy is a brilliant player and is the only other player who comes close to getting picked at loosehead but Mako’s all-court game sets him apart. His offloading ability and tip-on passes, combined with the sheer number of carries and tackles he puts in make him the standout choice for sure.

Guilhem Guirado would be an option but he’s been in a Toulon side that has been shocking this season. Rory Best always deserves a mention as well and is hugely consistent and a great leader. But, for me it’s between Jamie George and Ken Owens at hooker and I’m going for the Welshman after his recent shifts at number eight for the Scarlets! That positional switch has shown just what he offers in the loose as well as in the tight and has added another string to his bow.

Tightheads used to be just about scrummaging and anything else was a bonus but he’s taken the position to another level over the past 18 months. His hands are ridiculous at times and he carries and tackles more than most forwards as well. I’d be shocked if anybody picked anyone else!

He’s now lost three times in his 39 appearances for Leinster and Ireland so at least there’s some proof he’s human but James Ryan makes it in easily for me, despite there being a load of quality options at lock. His work rate is incredible and he’s got the skills to go with it as well.

He may be at the other end of the experience spectrum to Ryan but Alun Wyn Jones is looking as formidable as ever at the age of 33 and I just can’t leave him out. There’s a lot of hype around Maro Itoje but Jones is a real leader, runs the lineout, gets through a huge amount of work off the ball and he gets the nod for me. 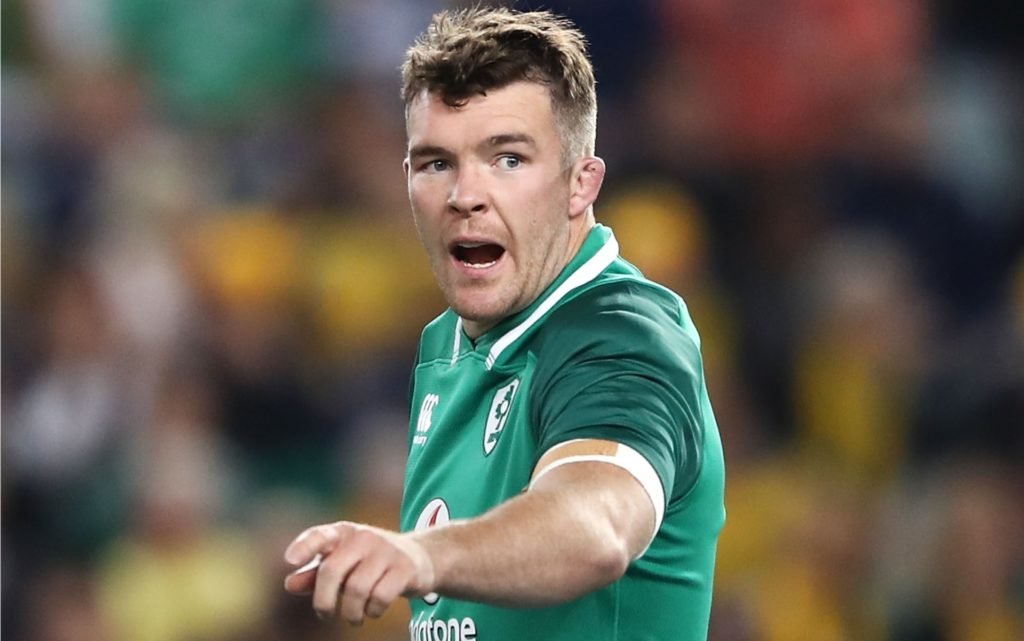 It’s tempting to move CJ Stander to blindside because of his carrying ability but I’ve already mentioned my policy of picking players where I think they’ll be picked by their countries and there aren’t many better blindsides in world rugby than Peter O’Mahony. He’s one of the best lineout forwards in the world and his influence on this hugely successful Ireland side is massive, so he has to be included.

Tom Curry is up and coming and Justin Tipuric or Josh Navidi have their strengths too but if he can stay fit, then Sean O’Brien is about as good as they come. He can play across the back row and his all-round game is phenomenal but I think he’s the best openside in this Six Nations.

There’s always a concern when someone’s had back-to-back injuries but Billy’s come back and proven his fitness in the past couple of weeks and there just isn’t a better number eight in Europe than him. England rely on him so much and he’s one of the first names on the team sheet.

And, if I was picking a coach it’d be Joe Schmidt without a shadow of a doubt. People will be debating it in the pub and picking their own teams in the coming week ahead of the Six Nations kicking off but this is the one for me and I can’t see anyone beating this lot.

'It's a step closer now' Next