'The gangs and the prison really interests me... because of my history and experiences of mistakes and doing things wrong'

Calum Clark isn’t someone you’d imagine enthusiastically heading out into the world and spreading the message that rugby’s values of respect, discipline, teamwork, sportsmanship and humility are keys to become a success in life.

The former Northampton back row comes with his demons. He has a reputation for being a somewhat unsavoury character on the field, someone who has too often found himself appearing in front of disciplinary hearing panels and being forced to account for his behaviour. But the past few years at Saracens have had an effect on the 29-year-old.

His choice of holiday destination last summer is evidence of how he is trying to become a reformed character. He could have easily pitched up in Vegas, Ibiza or multiple other party spots and let the hair down after Saracens had won the 2018 Gallagher Premiership title they are now seeking to successfully defend this Saturday at Twickenham.

Instead, he trekked to Venezuela for a week to see for himself the rehabilitation work carried out by Project Alcatraz, a programme run by the rum-making Santa Teresa company that aims to tackle gang crime and transform the lives of violent youth offenders.

On the go since 2003, the project uses education, training and rugby as learning tools in the hope that the criminals can eventually be safely reinserted back into society.

"The prisoners are desperate, but rugby gives them hope"

A 2015 BBC article first piqued the interest of Clark, who felt empathy with the message of learning from your mistakes to become a better person. When he later twigged that Alberto Vollmer’s family-owned company is a member of the Rugby Players’ Association business club in England, he knew he had to make the trip to Caracas to experience the project for himself.

“I read about it a while back and I love to travel,” said Clark to RugbyPass on a break from Saracens training ahead of the Premiership decider against Exeter.

“I guess, I’d like to think I’m quite socially conscious. The gangs and the prison, the work they do to rehabilitate people is something that really interests me, partly because of my own history and my own experiences of mistakes and doing things wrong.

Calum Clark hearing starting about now. How long do you think he'll be banned for? Here it is again if you missed it http://t.co/6Kj6GNZd

“I maybe have a natural affinity and empathy for young people who make mistakes, I guess. That was why the project resonated with me and it was really special experience. One of the best things I have ever done.

“The project has been around for a long time and has made huge progress in improvements to lives and the environment in the area that these people are living and operating in. I went out to take as much of it in as I could, visit the prison, meet some of the people who have been involved.

“I went to the young offenders because Saracens do a Get Onside programme, which is kind of like assimilating rugby education into young lads who have made mistakes and they come from all sorts of backgrounds. 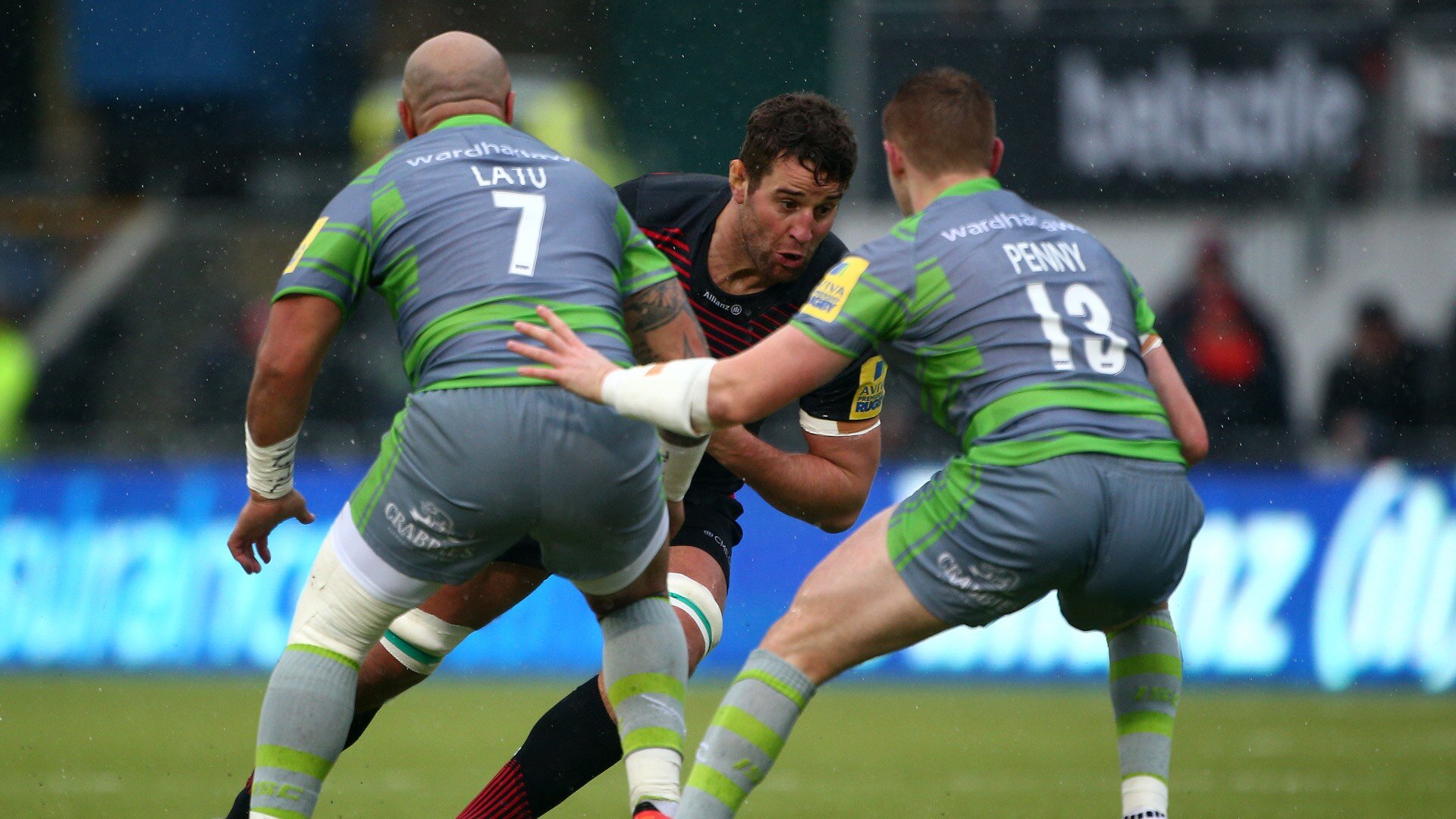 “Sport is so powerful. Such a powerful and useful tool, a mechanism for young people to learn things about life. It just interests me, excites me. It’s something that I have an interest in and it has a lot of legs in it, a lot of potential.

“I have travelled quite a bit and been in countries other people might not necessarily feel comfortable in. Human beings aren’t the scariest people. It’s humans going through very human problems and it’s difficult in their country at the moment. There is lots going on, lots of challenges to face.

“But if you look at them and treat them as humans, it’s funny what can happen. It’s kind of refreshing this human element of it all and that is why I like it, I guess. 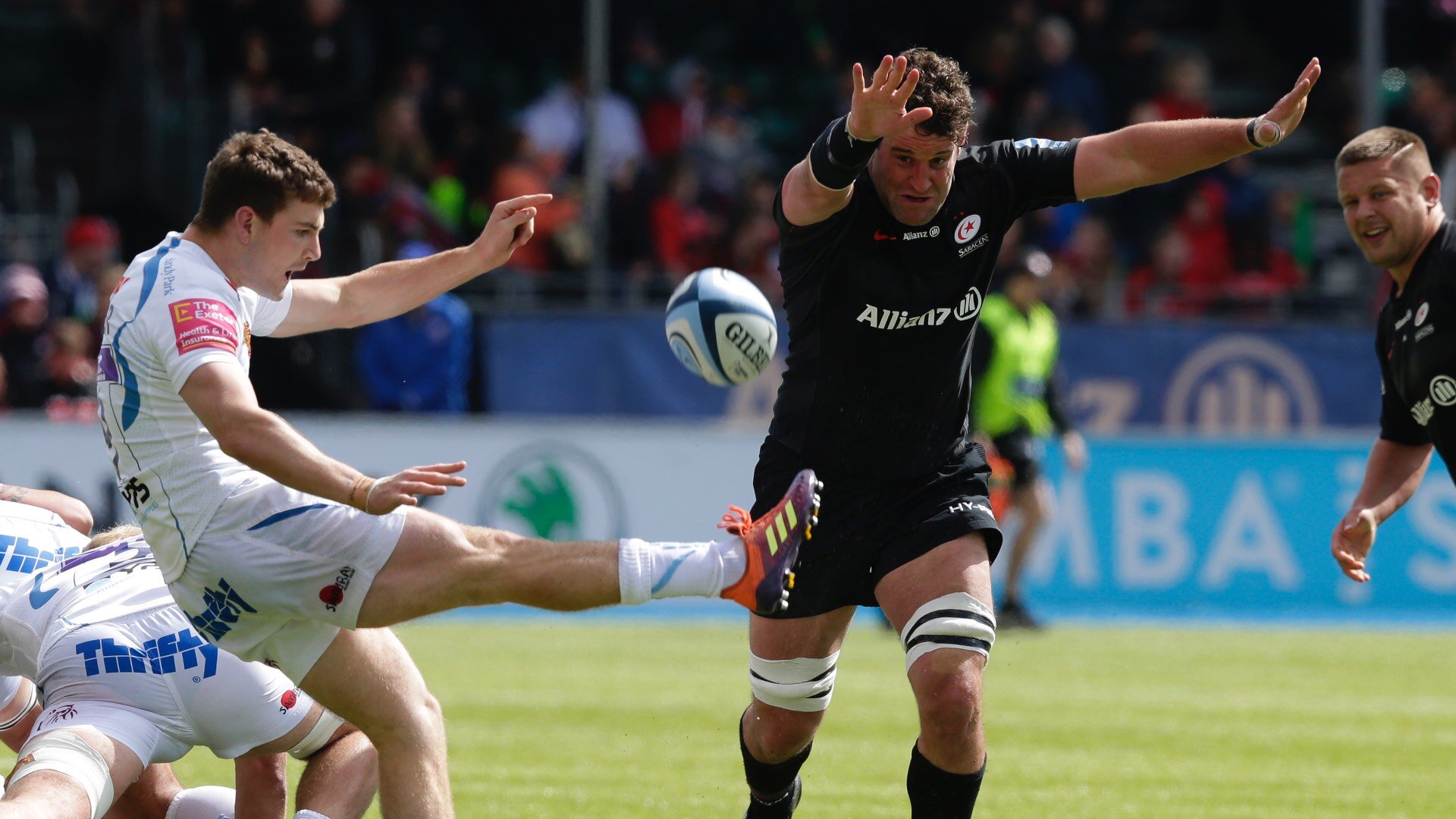 “The one thing that was so powerful about the project was that these young men I was speaking to in prison, the people who ran the project were the first people in positions of authority that ever treated them with any sort of respect or decency in their lives.

“All the way from the situation they were born in to their immediate surroundings to the police, the people in society just treated them to nothing but disdain. The power of this project actually comes from treating them like human beings, treating them as people who have make a mistake.

“It’s less about what you can teach them, it’s more what that project can teach everyone else that for the first time in their lives in prison they are getting treated like people and respected despite their flaws. That is what is so powerful about it and that is something I try and think about, try and use in my life as well is to try and approach people with that sort of mindset.”

Clark’s curiosity in reaching out to people less well off resulted in him featuring on the six-strong shortlist for the Gallagher Community Player of the Season Award that was last week given to Bristol’s Nick Fenton-Wells.

He’ll talk at length about Project Alcatraz. The more people who hear about it the better, he figures. However, when it comes to taking about his own rugby in a season where he has made 14 Premiership appearances and another three in a European Cup that was won by Saracens, he is far less forthcoming.

“I don’t really want to talk about myself, if that’s alright, my own situation. I’ll talk about the team,” he said, a point he soon reiterated a second time when asked if he knew what he letting himself in for when he decided to trade Franklin’s Gardens for Allianz Park in 2017.

“It’s a challenging environment. I don’t want to talk about myself, I’ll just talk about the team. You know you’re coming to a club that is going to be challenging and it has been.”

While reticent to talk about himself, the insight he offers about Saracens helps shed light on why they are a beacon of consistency. “You could see from the outside (while at Northampton) that they were doing lots of things right and coming into the environment, that was sort of confirmed that there were lots of things they were doing right.

“But I guess the most exciting thing to reiterate is there is lots of things we can do better as well. That is what is the biggest difference. There is no feeling within the group that this is complete and that this is done.

“We are constantly trying to push this idea that there is something more we can do, go and take this somewhere that is not yet explored. That is what sort of really exciting,” continued the forward whose existing deal has another year to run with the double-chasing Londoners.

“The overall feeling is we try not to judge ourselves on trophies. I know that is a bit of a cliche, but what we are trying to live and breathe is pushing this on to try and take the performance, the rugby and how we play the game to a place we have not done before.

“That is the overlying philosophy of what we’re trying to do. We obviously don’t always get it right, we don’t always get it perfect and that is part of the process, but I think generally we try and look beyond the external stuff and where we have this focus is pushing ourselves on to where we feel (we can go). That is quite an exciting place to be operating in and inhabiting.”

This type of internal focus is the reason why the general air of dislike that exists for Saracens among their rivals isn’t something they are really bothered by. “The external credit isn’t important to us,” shrugged Clark, who admittedly considers Saturday’s rivals Exeter “the most consistent team in the league” in this year’s regular season.

'The gangs and the prison really interests me... because of my history and experiences of mistakes and doing things wrong'

Baker won't worry about Fiji Next