Alex Goode concluded Saturday with a third European title and the honour of picking up the European Player of the Year after Saracens beat Leinster 20-10 in Newcastle.

Joining his teammates for celebrations, the 31-year-old fullback still hadn’t changed out of his match kit a full 24 hours later, walking around the pub still with his boots on. Sean Maitland documented Goode’s exploits on his Instagram, stating that Goode is on a ‘different level’ before tagging England Rugby’s official account to notify them of Goode’s availability. 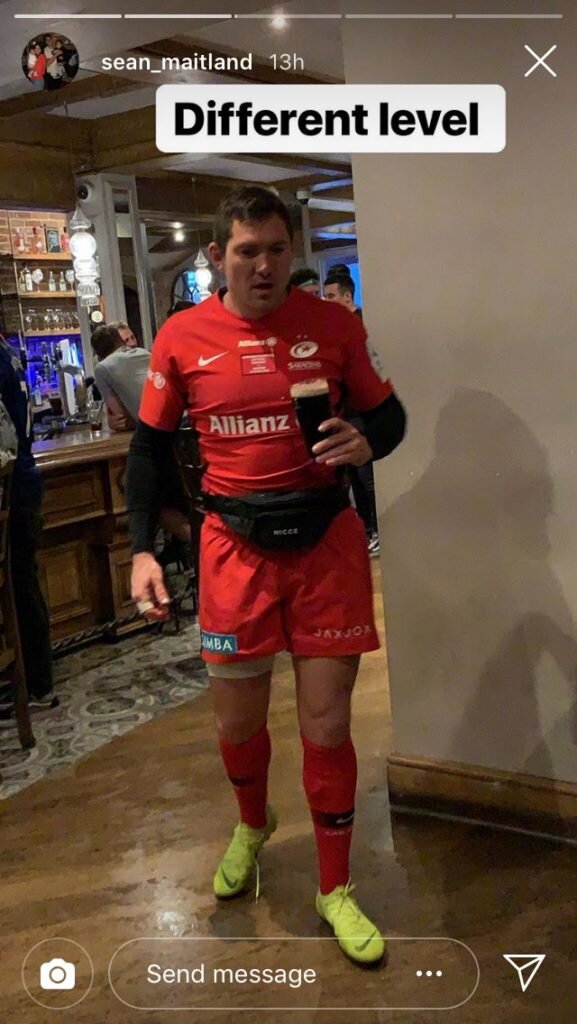 Goode was praised by Saracens Director of Rugby Mark McCall after the match and admitted the ongoing exclusion of fullback Alex Goode from Eddie Jones’ England team bothers him.

“It does bother me because we want all of our players to get what they deserve. He has been so brilliant for our club for so long that sometimes it is hard to fathom,” McCall said.

“It is not in our control. What is in Alex’s control is how well he plays and most people think he is playing pretty well.

“He is superb with the younger players. When the internationals do go away he has been captaining our team. He is a really important member of the club.”

Goode praised the club environment at Saracens, where he has played his whole career, as key to their success.

“Every time I step out onto the field for Saracens it is a privilege for me. I love this place,” he said while collecting his award.

Blues in sights of Cane Next