15 PONI players to stay Next
Back
Gallagher Premiership

While football is embroiled in one of the biggest transfer sagas in its history concerning the future of Barcelona’s Lionel Messi, this is an opportunity to look back at some of rugby’s biggest ever deals. While the game may not have had deals struck for hundreds of millions, that does not mean that there have not been some landmark moves in the 25-year professional history of rugby union.

Big moves abroad are more common now than they once were, shown most clearly after the 2019 Rugby World Cup where southern hemisphere players flocked to France, England and Japan, but there have always been marquee signings in all leagues.

So here are some of the biggest transfers in rugby union history:

Dan Carter – Crusaders to Perpignan
While Dan Carter’s move to Racing 92 in 2015 was huge in itself, and groundbreaking in terms of his salary, that was at the end of his All Blacks career. However, when Perpignan signed him in 2008 from the Crusaders, they were getting prime Carter in his pomp. A ruptured Achilles slashed through the fly-half’s six month stay in the south of France, but they still won the Top 14.

Jonah Lomu – Cardiff Blues
Any transfer involving arguably the most famous player to ever play rugby union is going to be huge, but Jonah Lomu’s move to the Cardiff Blues in 2005 signalled the return of an icon after a titanic battle with a kidney disorder, in which he had had a kidney transplant. His time in the Welsh capital was not as glittering as the rest of his career, but that does not diminish how huge the signing was in the first place.

Michael Lynagh – Benneton Treviso to Saracens
Saracens got the ball rolling in the professional era with the signing of Michael Lynagh and Philippe Sella in 1996, and Rugby World Cup winning captain Francois Pienaar followed a year later. 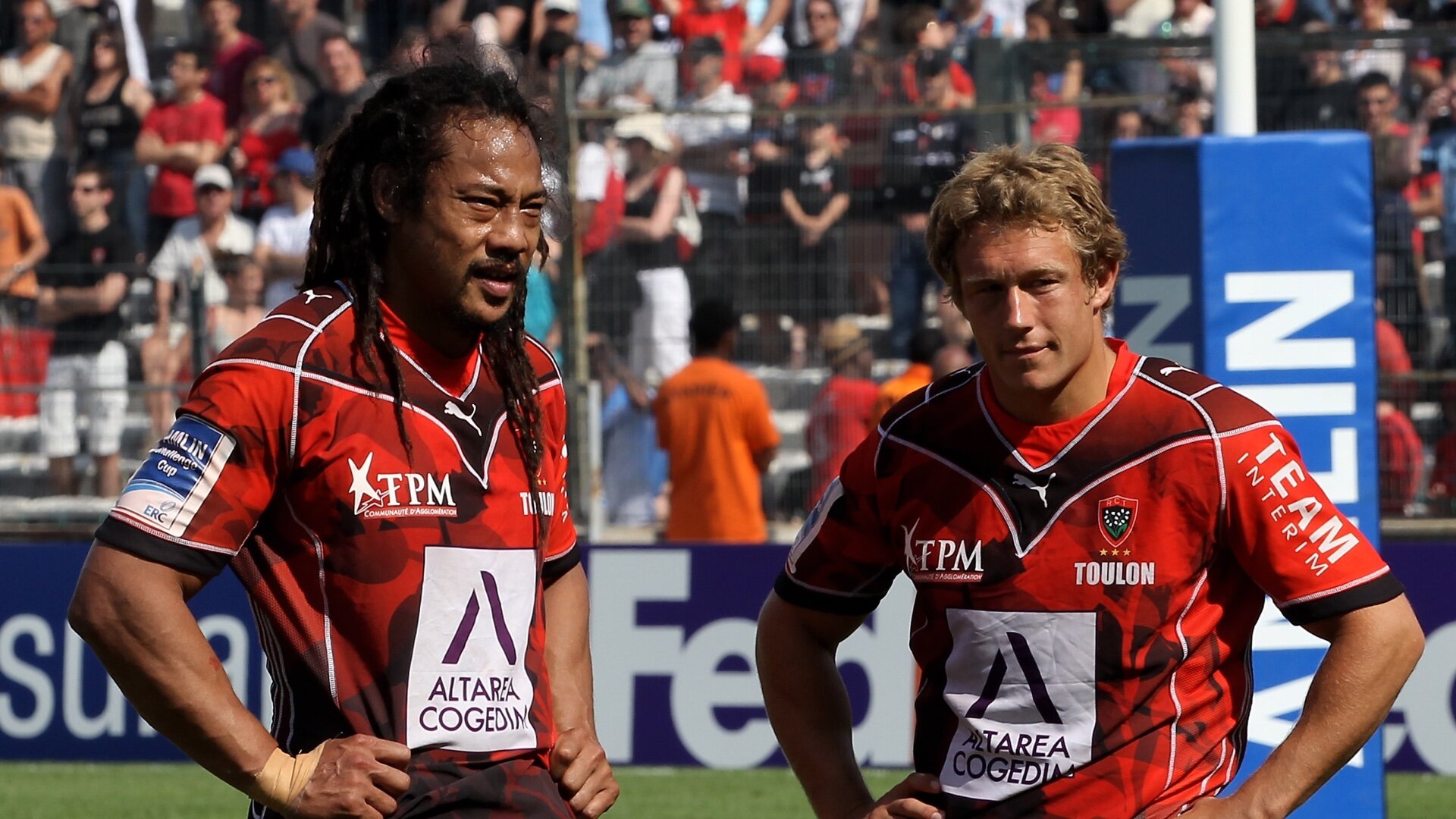 Christian Cullen – Hurricanes to Munster
Munster snapped up the All Blacks’ leading try scorer (since broken) Christian Cullen in 2003 from the Hurricanes when the fullback was only 27, taking advantage of his fall out with then head coach John Mitchell.

Zinzan Brooke – Blues to Harlequins
Another star name that moved to England during the early stages of professionalism, Zinzan Brooke joined Harlequins after his All Blacks career finished in 1997.

Julian Savea- Hurricanes to Toulon
A dip in form in 2017 and an exile from the All Blacks saw Julian Savea swiftly move abroad in 2018, with Toulon swooping for the winger. However, his relationship with owner Mourad Boudjellal was not always amicable. 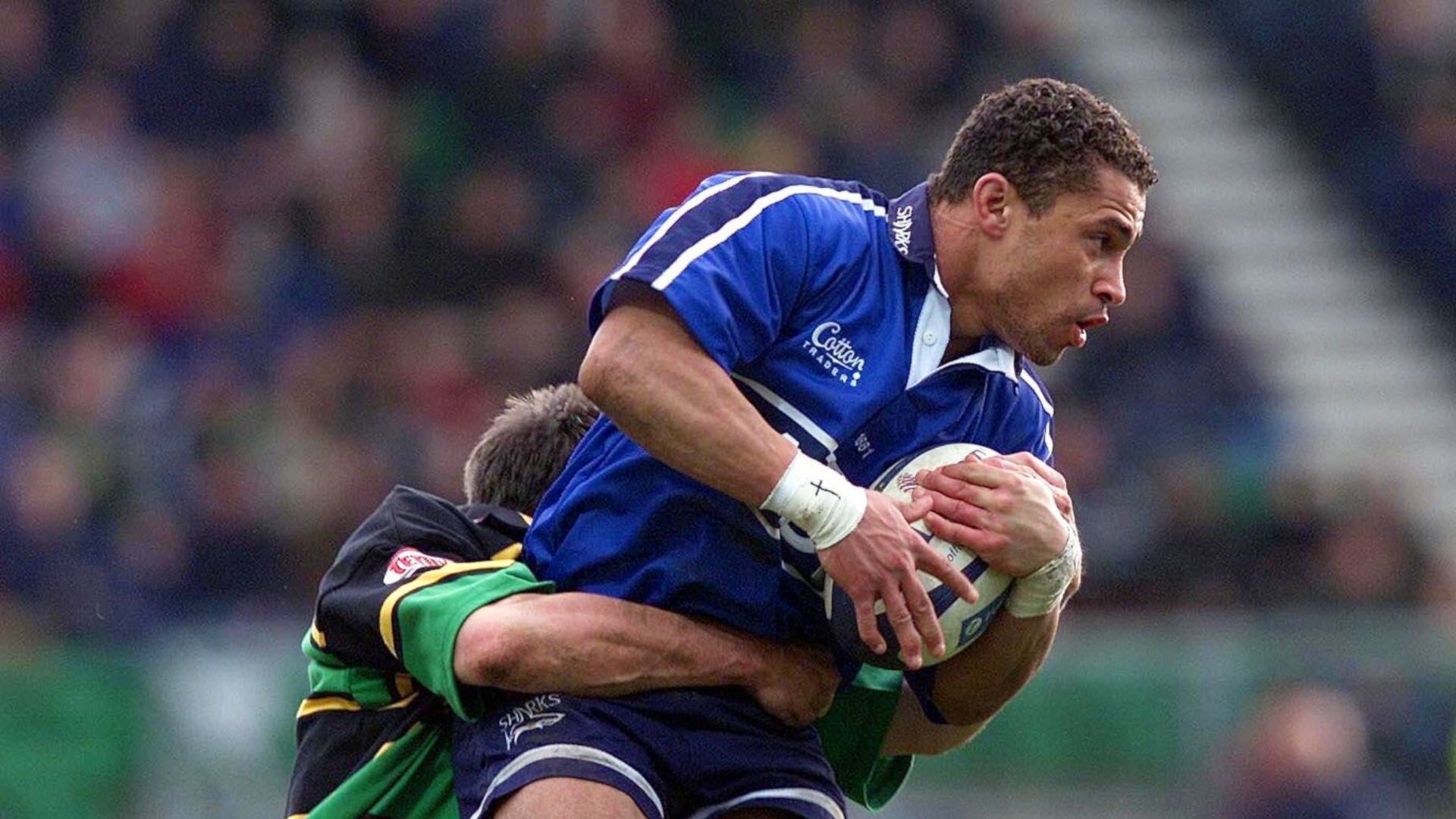 Sonny Bill Williams – Canterbury Bulldogs to Toulon
Every one of Sonny Bill Williams’ many transfers throughout his career have been monumental, but his shock exit from the NRL’s Canterbury Bulldogs sent shockwaves through the game of league. Although relatively unknown in rugby union, he joined Toulon in 2008 in what was the beginning of his journey in the fifteen man code.

George Gregan – Brumbies to Suntory Sungoliath
Though a move to Japan is now commonplace in the game, particularly for southern hemisphere players, George Gregan was one of the pioneers to make the move in 2008 when he joined Suntory Sungoliath, as was his longtime teammate Stephen Larkham, who joined the Ricoh Black Rams.

Danny Cipriani – Wasps to Melbourne Rebels
In 2010, after a chequered start to his career, the precocious 22-year-old Danny Cipriani signed for the Melbourne Rebels having left Wasps, and therefore made himself ineligible to play for England. This was one of the most high profile switches from northern the southern hemisphere the game has ever seen. 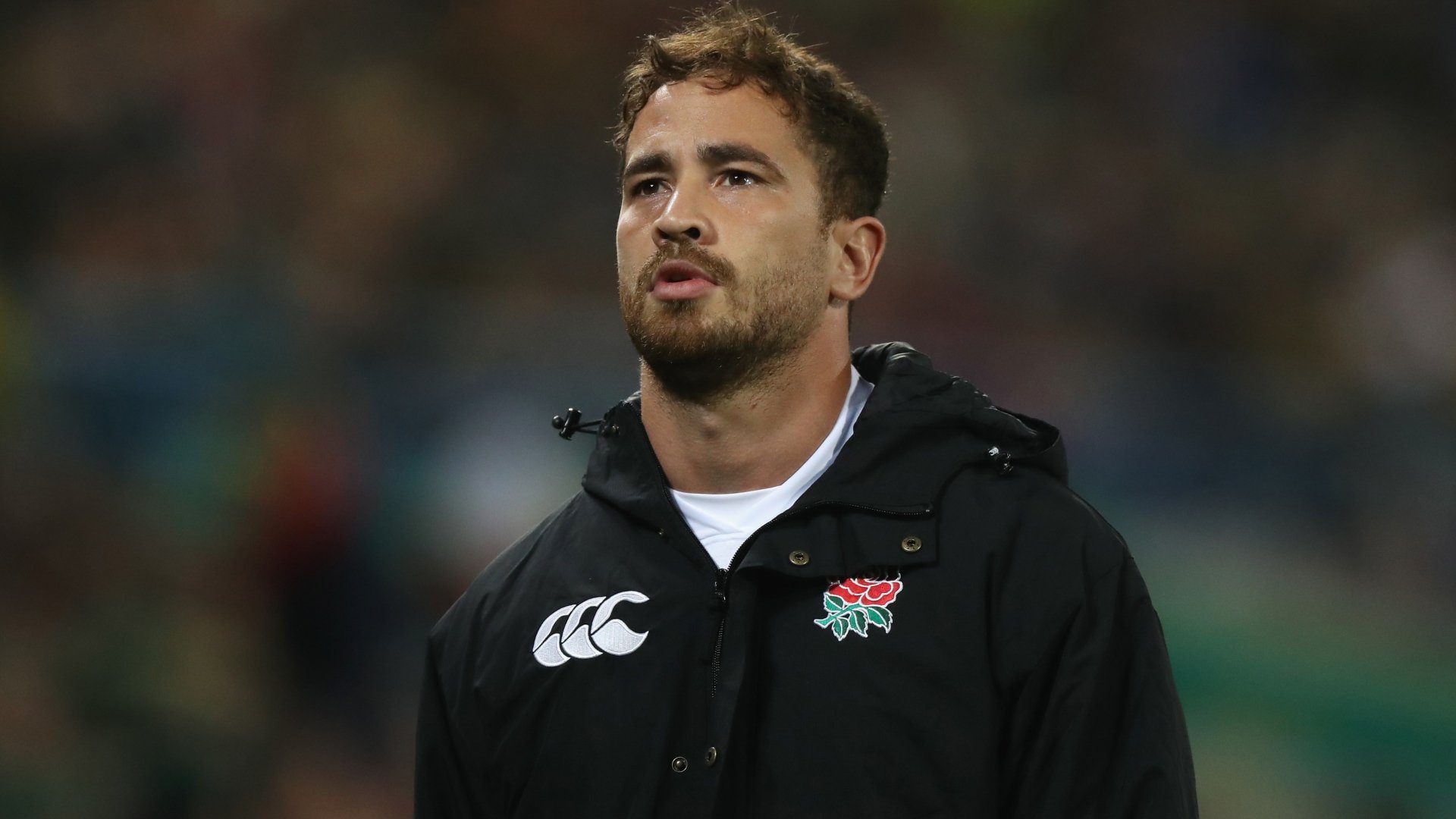 Danny Cipriani during the second test match between South Africa and England at Toyota Stadium on June 16, 2018 in Bloemfontein, South Africa.

Johnny Sexton – Leinster to Racing 92
Ireland and Leinster fly-half Johnny Sexton signed a big-money deal to join the Top 14’s Racing 92 in 2013, which caught many in Ireland by surprise.

Charles Piutau – Ulster to Bristol Bears
After being crowned the Pro12 player of the year in 2017 while with Ulster, former All Black Charles Piutau signed for Championship outfit Bristol Bears for the 2018/19 season on a record-breaking salary. Since then, the Bears have added other star names such as Semi Radradra recently.

Lewis Moody – Leicester Tigers to Bath
Midway through the 2010 Six Nations, it was revealed that England captain Lewis Moody was ending his time with Leicester Tigers after 14 seasons and 217 appearances in order to join their long-standing rivals Bath, which does not get much bigger in English rugby. 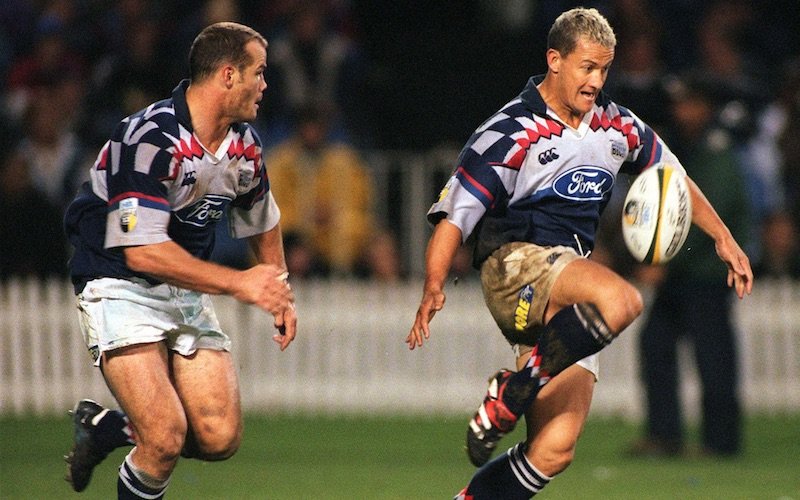 Doug Howlett – Blues to Munster
After signing the All Blacks’ top try scorer in Cullen at the beginning of the decade, Munster added the man who broke his record in black, Doug Howlett, five years later. The winger won the Heineken Cup only months after joining, and would finish his career at Thomond Park.

Bryan Habana – Bulls to Stormers
Former World Rugby player of the year Bryan Habana relocated from the Bulls to the Stormers in 2010 having already won two Super Rugby titles in his career. This remains one of South Africa’s most famous domestic transfers. 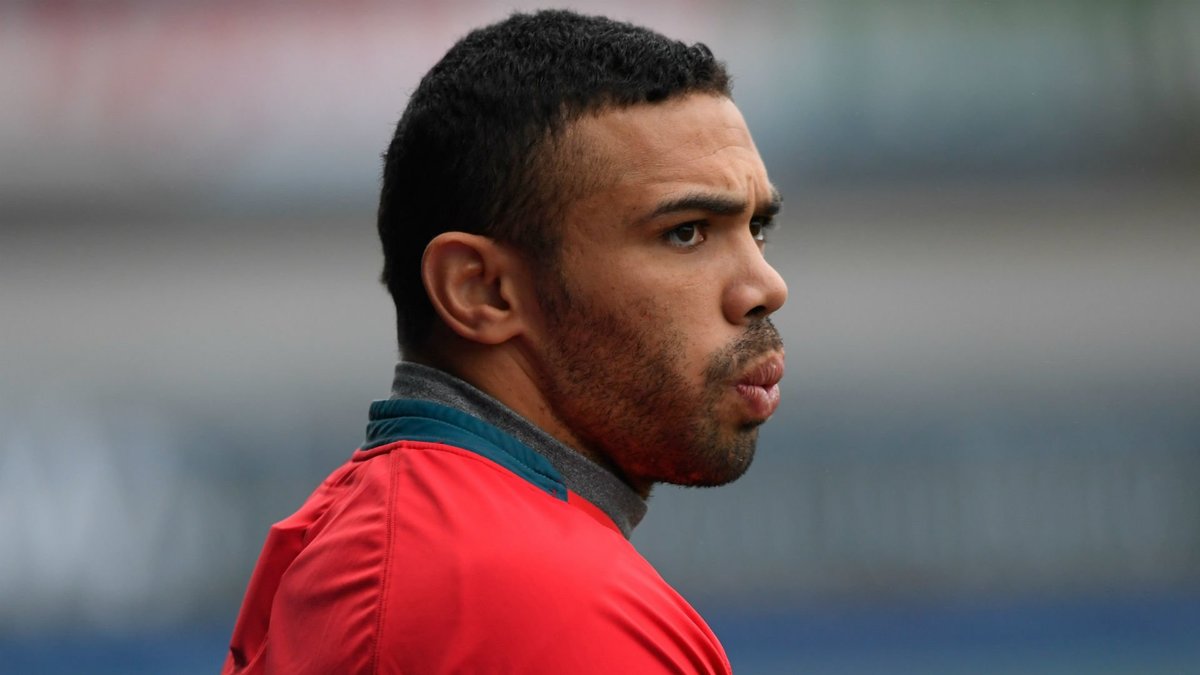 Waisike Naholo – Highlanders to London Irish
When RugbyPass first broke the news that All Black winger Waisike Naholo was headed to London Irish, nobody quite believed it. In 2019 then Championship based club were Premiership bound and just at the beginning of notable spending spree. Naholo was maybe the biggest name to sign, a deal only rivalled by the capture of Sean O’Brien from Leinster a few weeks previously.