1 vote
VOTE NOW
Thanks
Sorry there has been an error

Nicknamed ‘the bus’, Julian Savea is a powerhouse of world rugby who represented New Zealand 54 times as a winger. Domestically, he represents Wellington and the Hurricanes, but has also played for Toulon. Julian Savea was inducted into the RugbyPass Hall of Fame in 2021.

Born 7 August 1990, Julian Savea showed a talent for rugby at a young age. As a result, he represented New Zealand at secondary school level and was touted as ‘the next Jonah Lomu’.

After a string of impressive performances for New Zealand U20s and the New Zealand Rugby Sevens side, Julian Savea was selected to play for the Wellington Lions in the ITM Cup (now the Bunnings NPC) in 2010. He then made his first appearance for the Hurricanes a year later.

Since, Julian Savea has continued to represent both sides and he’s now made more than 130 appearances for the Hurricanes. During this time, he’s finished as a Super Rugby runner-up with the side in 2006 and won the title in 2016.

Although he’s played for Wellington and the Hurricanes for the majority of his career, Julian Savea did enjoy a spell with Toulon between 2018 and 2020. During his time in France, he finished as a runner-up in the European Rugby Challenge Cup.

As well as enjoying a stellar domestic career, Julian Savea was also capped 54 times by New Zealand between 2012 and 2017. During this time, he won the Rugby World Cup in 2015. In the tournament, he scored a whopping eight tries, including a hat-trick against France in the quarter-final.

Now back with the Hurricanes and with many years of elite rugby ahead of him, we can’t wait to see what else Julian Savea can achieve in the game. 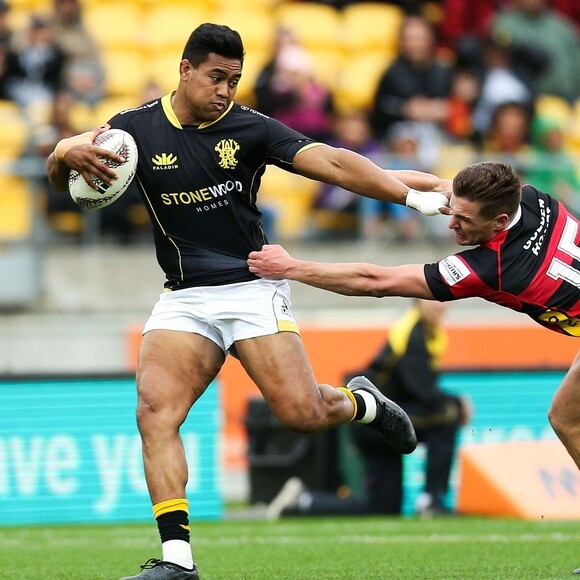 Current and former Super Rugby stars say it's difficult to see Julian Savea earning an All Blacks recall this year, despite his strong Hurricanes form.

Julian Savea to captain Hurricanes in pre-season clash against Blues

Former All Blacks wing Julian Savea has been named to captain the Hurricanes in their pre-season clash against the Blues in Wellington on Sunday.

'Ridiculous he's behind a guy who seems past it': The unused weapon who could help turn around the Hurricanes' fortunes

'The Irish had no answer for the pace and power of the world champions' backline': The night Julian Savea arrived on the world stage for the All Blacks

Wellington
vs
All Teams