James Lowe openly admits Ireland will be gunning for the “world’s best player” Antoine Dupont when France visit Dublin. Scrum-half Dupont became the first French winner of the Guinness Six Nations Player of the Championship in 2020 and has received widespread adulation for his electric performances.

Ireland must beat Les Bleus on Sunday to keep alive their title hopes and New Zealand-born wing Lowe is under no illusions about the dangers posed by the opposition’s star man.

“Dupont is a common theme into everything that goes well with this French side,” said Lowe, who qualified for his adopted country through residency rules in November.

“He’s an amazing player. To me, the world’s best player at the moment.

“He’s the key man and someone that we have to try to limit his damage. He’s the one we’re going for.”

While 24-year-old Dupont inspired France to a thumping opening-weekend win over Italy, Ireland must play catch-up after Peter O’Mahony’s early red card proved costly in a damaging defeat against Wales.

Lowe made his Six Nations debut in Cardiff and has gone from infrequently watching the competition on television when arriving home from late nights out to being “addicted” to it.

Asked if the Six Nations had been on his radar before leaving his homeland to join Leinster in 2017, he replied: “No, to be quite frank.

“Unfortunately due to the time difference – unless you’re coming home from town at three o’clock in the morning – you’re not catching too much of it live.

“It’s an amazing competition. There is so much at stake every single game and it’s awesome to be a part of.”

Having established himself as a key player for his province, Lowe was thrust on to the international stage by head coach Andy Farrell, making his debut in the Autumn Nations Cup. 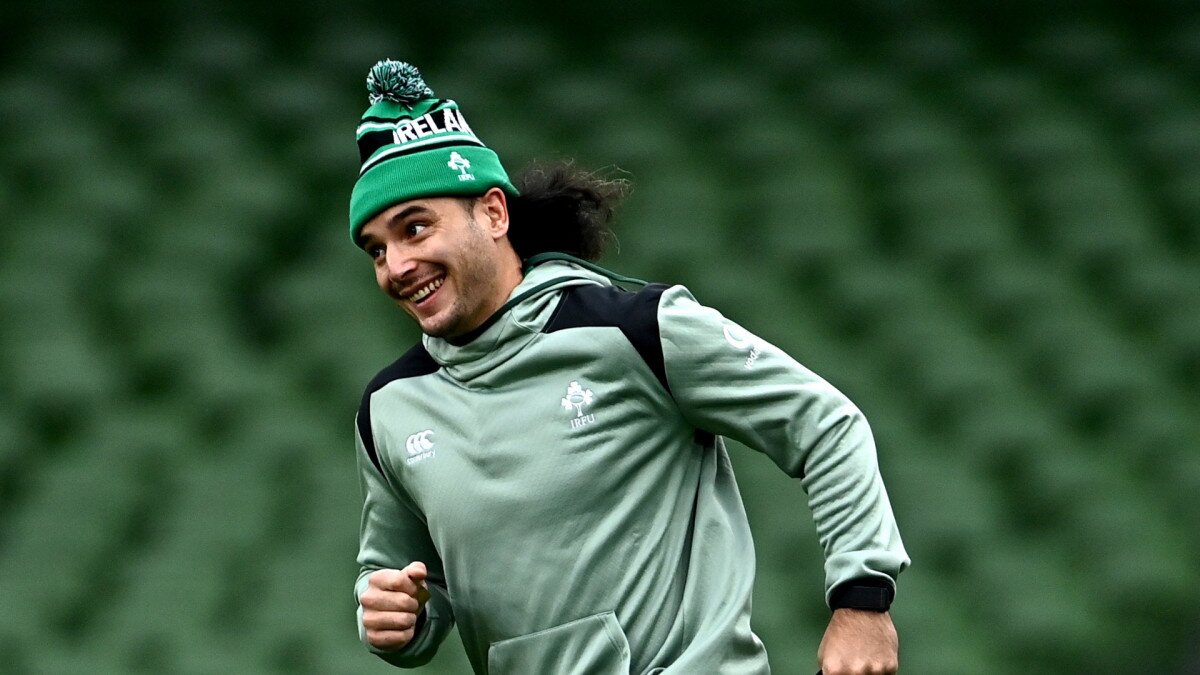 He played in a win over Wales and defeat to England but was forced on to the sidelines by a groin injury suffered in training, before eventually winning his third cap in Sunday’s 21-16 loss at the Principality Stadium.

Lowe feels “ready to rumble” following the frustration of his enforced absence.

“It was bloody annoying. It was a little niggly one. I had two steps forward, one step back throughout the course of the eight weeks of rehab,” he said.

“They weren’t working very well together, my knee and my groin. It was just a tedious enough progress. But I am back, fully fit and ready to rumble.”

Elevation to the national team has brought increased scrutiny and Lowe was singled out by former England wing Chris Ashton for being “too big, too heavy, too slow” following Ireland’s 18-7 defeat at Twickenham in November.

Lowe accepts criticism comes with the territory but insists he is not particularly concerned by opinions originating outside the Irish camp.

“He’s probably one who has actually been there but 99 per cent of people who voice their opinion, they’re not the ones I care about, or worry about,” Lowe said of Ashton’s remarks.

“There is a group of men in here who have set out on a mission to achieve something and we’ll tell each other square to the face.

“It’s a professional environment based on performance and we’re all in here going in the same direction, trying to to achieve the same thing, so that’s all that really matters.”