What even is a forward pass? Controversial call leaves fans scratching their heads

What is a forward pass anyway? There seems to be two schools of thoughts on the matter, among both the general rugby public and, unfortunately, Test match officials.

There’s the old school interpretation, which believes that a forward pass is simply the throwing of a rugby ball forward (towards the opposition dead-ball line).

For years, that was the standard that many in rugby used, and World Rugby Laws still appear to support that simplistic reading of the rule. Law 11.7 states: “A player must not intentionally throw or pass the ball forward,” with the definition of forward being: “Towards the opposition’s dead-ball line.”

What Welsh players will make the Lions in 2021:

What Welsh players will make the Lions in 2021:

However, there is also a more nuanced understanding of the rule, that factors in physics and is increasingly accepted by officials at all levels. That is, that the ball only needs to leave a player’s hands in a backward direction, with the understanding that as a player runs forward and passes, the ball will often go forward towards the opposition dead-ball line, but backwards or laterally out of the hands of the advancing passer of the ball.

Rugby’s dichotomous thinking on the matter was flung into the spotlight today in Dublin. During Ireland’s flaccid win over Georgia in the Autumn Nations Cup, a superb pass from Ireland fullback Jacob Stockdale appeared to put centre Stuart McCloskey in for what looked to all eyes to be a perfectly good try in the 39th minute. 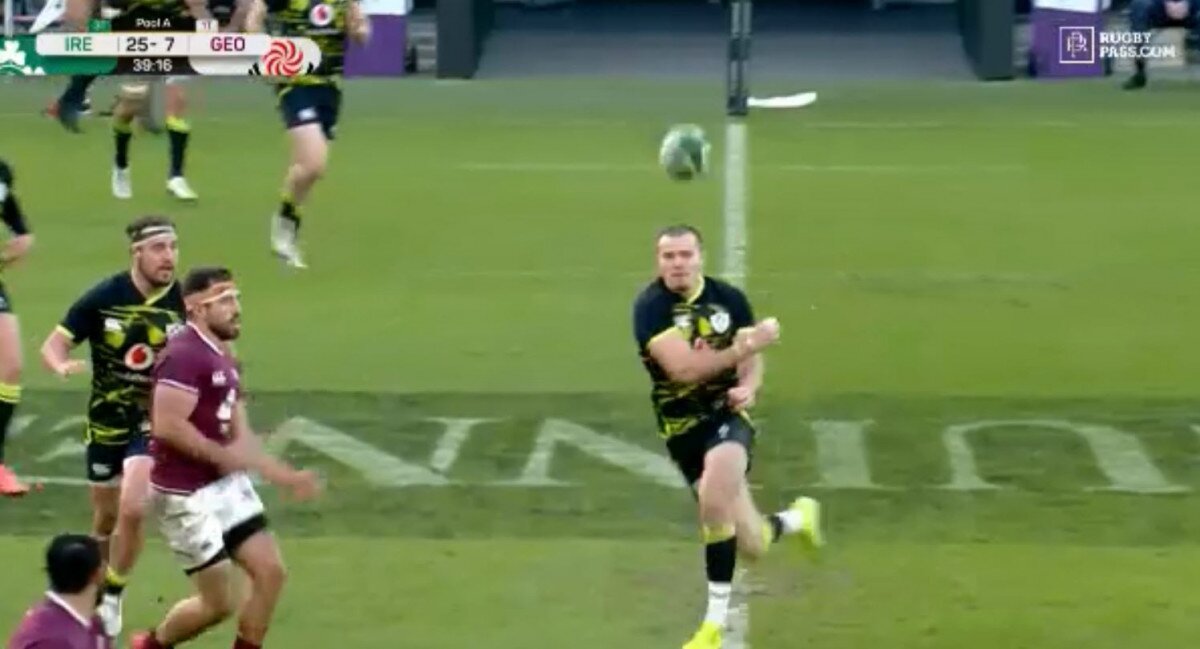 However, referee Mathieu Raynal and the TMO reviewed the try and decided that as the ball had travelled forwards [the halfway line acting as a handy guide], despite clearly leaving Stockdale’s hands backwards, it was a forward pass. Both match officials had fallen back on the traditional interpretation of the Law.

Raynal’s exact words were: “At no point does the ball go backwards.” 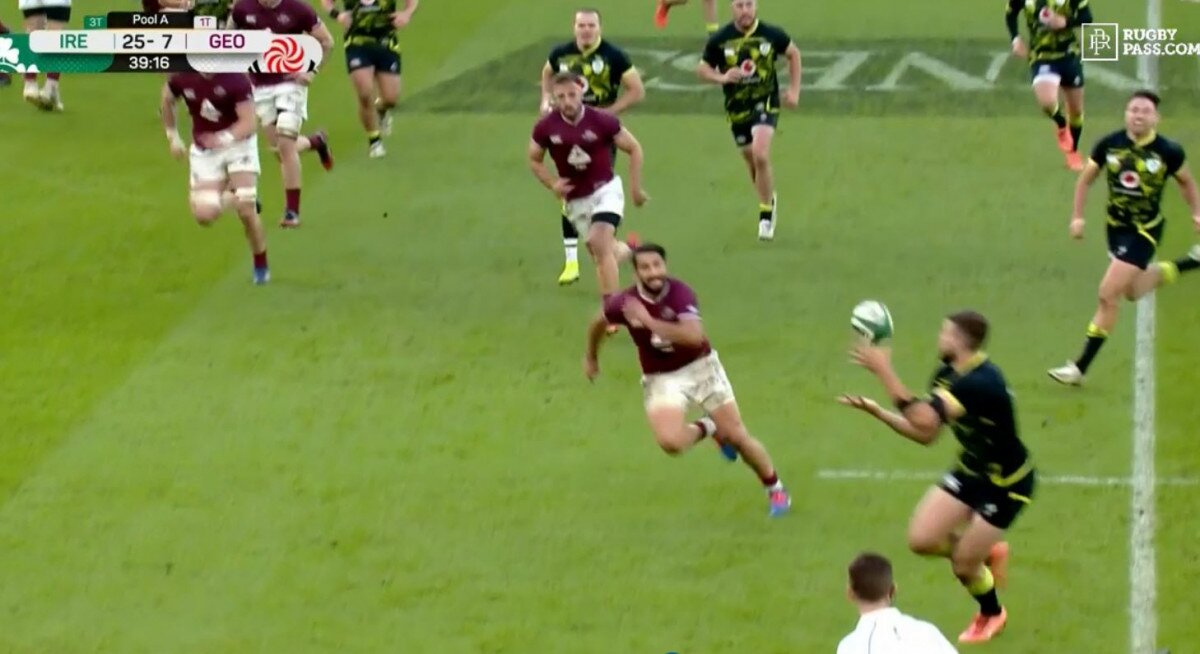 Raynal’s take on the pass is in direct contraction of World Rugby utterances on the matter and videos commissioned by the sport’s body on the matter. Referee Wayne Barnes on World Rugby’s own website says: “It’s not about the direction that the ball eventually ends up, it’s about the direction it’s travelling in as it leaves the hands. So, when a TMO comes in, the referees are looking at the hands and the ball.”

“If there was some doubt, we reward the attack because we don’t want to stop the game, we want continuity.”

So which is it World Rugby? Whichever the correct interpretation of the Law is, some level of consistency in the refereeing of the Law needs to be found.