The early exit of Wales’ Dan Biggar from Northampton’s English Premiership match on Saturday provided a sharp reminder that players contracted to teams outside the Test country they represent remain at the mercy of employers demanding huge value-for-money from their over-the-border signings.

A hefty 135 of the 168 players that have played in the Six Nations opening two rounds had the luxury of putting their feet up and enjoying a rare weekend off without a match.

Not being involved wasn’t a bonus for everyone. The likes of Devin Toner, Mako Vunipola, Julien Marchand and Huw Jones had no choice but to retire to the sofa after injury prematurely ended their championship.

However, sifting through the weekend’s 33-strong list of those who have had to play club rugby, the clear message is that if you work abroad you better be prepared to tog out and earn your wage. There usually is no let-up judging by the demands made of 14 outsiders.

Six of Scotland’s seven players based in other countries have had to front up. So, too, have five of Wales’ six non-Welsh based players along with the three Italy players earning a wage in France and England respectively.

It’s a situation that left Test team coaches Gregor Townsend, Warren Gatland and Conor O’Shea fretting in case their mobile phone suddenly pinged, delivering a message containing the dreaded news that a player they have no control of outside the Test window governed by World Rugby’s regulation nine had picked up a knock threatening their round three Six Nations participation next weekend.

Other championship countries weren’t immune from the threat of receiving bad weekend news. Chris Farrell was one of just four of the 27 Ireland players Joe Schmidt had capped this month who was released for weekend PRO14 duty with a province. The risk backfired.

"I think Chris just tweaked his knee in a carry.

"He already had it strapped before so I think it is just precautionary."

Farrell, who started at Murrayfield six days earlier due to an injury crisis, tweaked a knee and limped out of Munster’s facile win over Southern Kings in Cork with less than a quarter of the match played.

Its seriousness hasn’t been officially confirmed, but another midfield concern was the last thing Schmidt wanted after Garry Ringrose and Robbie Henshaw both missed the win over Scotland through injury, allowing Farrell his selection look-in.

But whatever about that gamble not paying off, the IRFU at least had a full say in the first place whether Farrell would or would not play for Munster. That was something the SRU, the WRU and the FIR didn’t have regarding their Test players with club contracts beyond their borders.

What was particularly noticeable in some instances this weekend was how different attitudes prevailed within a club.

The side for today's clash with Saracens at Allianz Park has been confirmed, with no changes to the matchday squad announced on Friday afternoon (except Harry Wells in No.19 and Will Evans in No.20) pic.twitter.com/d6ilISYvdL

Take Leicester. Dan Cole, a 56th minute sub in the win over France, was the only one of Tigers’ half-dozen England players who faced Saracens away on Saturday.

However, no leeway was afforded to winger Jonah Holmes, who played the full 80 in Wales’ win in Italy last weekend, and Jake Kerr, who had been away with Scotland and played 18 minutes off the bench in their victory over Italy.

This double standard was also visible elsewhere in the Premiership. Only one of Wasps’ four England players – sub scrum-half Dan Robson – was involved in their Friday night win at Bristol.

Another monumental performance by the Wasps number 7? pic.twitter.com/ck8mmJh3b1

But Thomas Young, fresh from an 80-minute debut for Wales in Rome, and Michele Campagnaro, who featured for the Azzurri in that same Test fixture, were both asked to go the distance at Ashton Gate six days later.

There were further examples of different strokes. Exeter rested their England six in the Friday loss at Gloucester but Wales prop Tomas Francis, who started the win over France, played 58 minutes of the tight Kingsholm tussle. 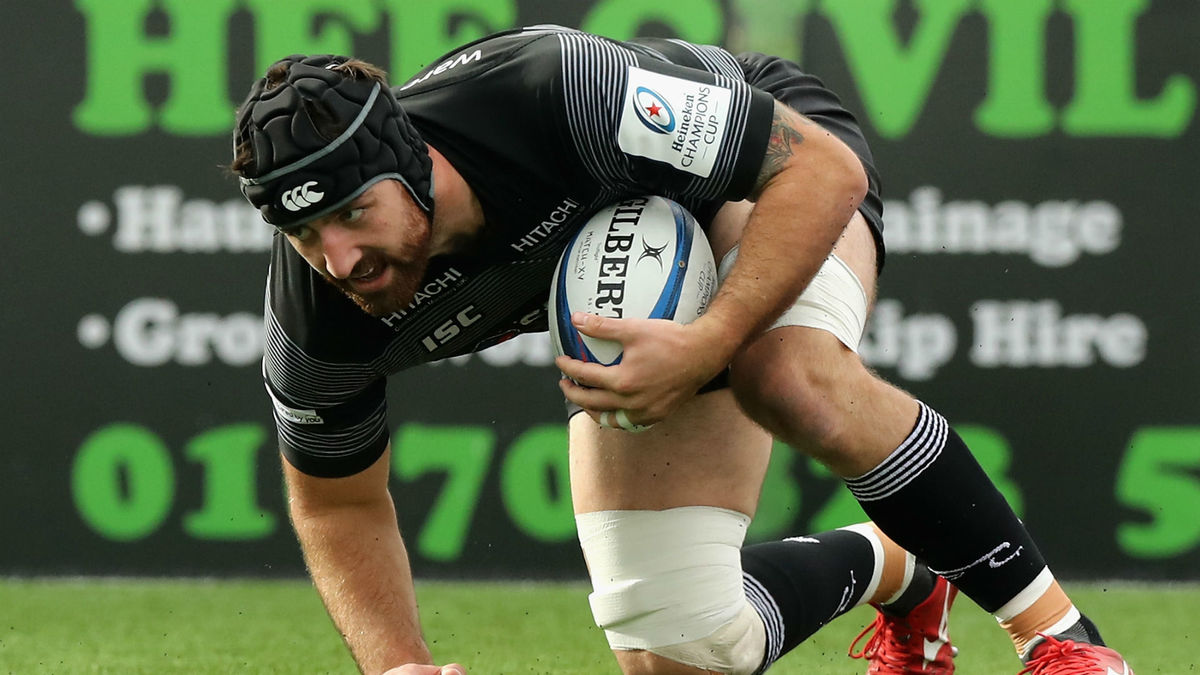 Newcastle duo Gary Graham and Chris Harris, along with Sale’s Josh Strauss, were the other Scotland’s trio involved in this weekend’s Premiership action, Sean Maitland at Saracens their only English-based exile who could put his feet up.

Liam Williams, also on the Saracens books, was the only one of Wales’ six England-based players to have a break.

Your Saracens team to take on Leicester Tigers this weekend. ??

Very limited tickets remain for the match so snap yours up before they're all gone! ??? https://t.co/JvamyC26hN pic.twitter.com/6EnHQjVKhj

There were double standards evident as well across this Channel. Whereas Clermont excluded their six France players from their Saturday game at home to Bordeaux, Scotland captain Greig Laidlaw fielded as starting scrum-half.

The same situation will occur in Paris on Sunday, Racing 92 resting France’s Wenceslas Lauret but asking Scottish out-half Finn Russell to start versus Toulouse. That appearance will give national boss Townsend a few uneasy hours waiting to hear his star play-maker has got through the match safely six days before the Scots take on France.

Even Italy were left on tenterhooks by the French, skipper Sergio Parisse chosen on the Stade Francais bench at home to Lyon on Saturday night while Italian hooker Leonardo Ghiraldini must pack down for Toulouse at Racing on Sunday.

Their inclusion was confirmation that it really is one rule for native players at a club in England and France, but a different criteria exists for those coming from elsewhere who play for rival Six Nations countries.

Eleven of the 31 clubs with Six Nations representation in recent weeks – the Welsh quartet of Scarlets, Ospreys, Dragons and Cardiff, Premiership duo Saracens and Harlequins, along with Top 14 quartet Montpellier, Bordeaux, Toulon and Lyon, as well as ProD2 Brive – opted not to use any of their Test championship players this weekend.

Premiership XV of the Week Next