England collapsed to their joint-worst Guinness Six Nations finish after being routed 32-18 by Ireland as an ill-fated title defence ended tamely at the Aviva Stadium.

A week after appearing to signal the end of a shaky period by dispatching France, they failed to fire a shot against opponents they had beaten four times in a row.

What a send-off for an incredible player ? pic.twitter.com/aSBhg5Vydp

The highlight of Ireland’s most impressive outing since Andy Farrell took charge after the 2019 World Cup was Jack Conan’s try that concluded 23 phases of highly polished play.

It was a mesmerising score directed by the brilliant Johnny Sexton, but Keith Earls’ opener was almost as accomplished as England were picked apart by a smart line-out move.

The team leading at half-time have gone on to win in the last 27 meetings between the rivals and with Ireland 20-6 ahead at the interval, it looked bleak for the fallen champions.

For the last 16 minutes Ireland played with 14 men after Bundee Aki was shown a red card for a dangerous tackle on Billy Vunipola, but the centre’s departure made no difference as the retiring CJ Stander was given a triumphant send-off. 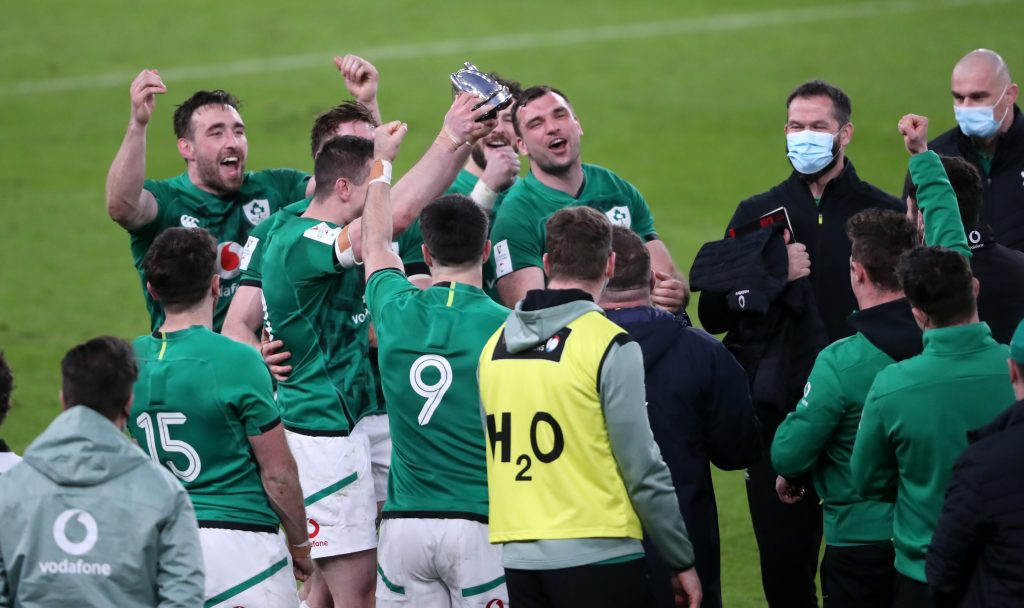 Sexton was at the heart of Ireland’s riotous display and amassed 22 points from the kicking tee, comprehensively overshadowing George Ford in one of several Lions duels fought out in Dublin.

Ford will be among a number of England players to see their Lions aspirations harmed, albeit he was playing behind an outmuscled pack, while the prospects of their rivals in green shirts have soared. 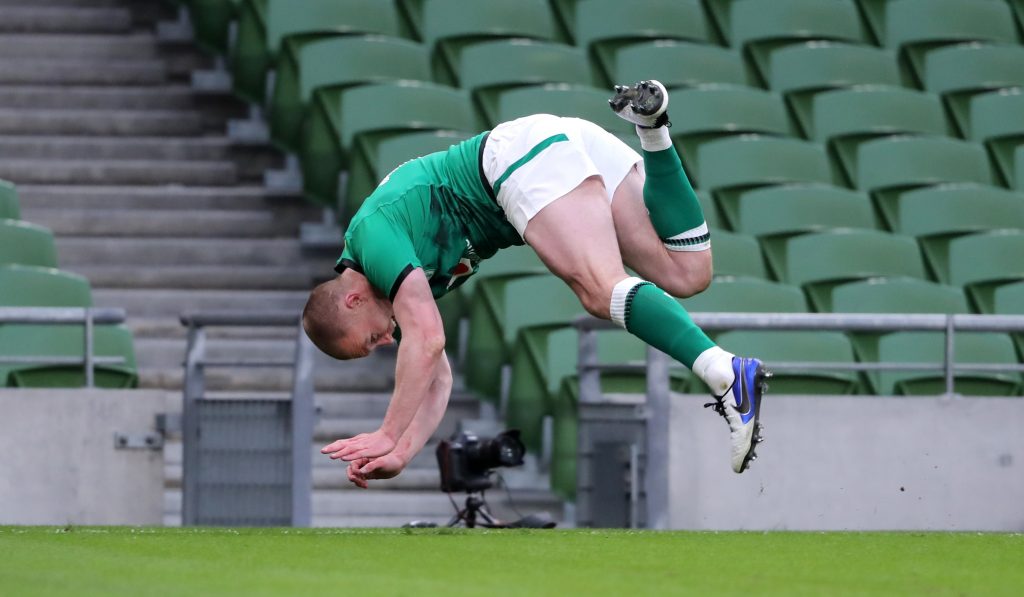 And Jones’ position now faces renewed scrutiny with the team in full reverse 18 months after reaching the World Cup final.

England suffered a setback shortly before kick-off by losing Max Malins to injury, with the resulting reshuffle seeing Ollie Lawrence slot in at outside centre and Elliot Daly switch back to full-back.

Daly’s first involvement was to kick the ball out on the full but the error failed to deter his team, whose control of the breakdown and line-out offered crucial early footholds.

Farrell and Sexton exchanged penalties before a Ford spiral bomb was misjudged by Conor Murray, but fortunately for the scrum-half Aki was present to intervene.

Searching for their 50th win in the fixture, Ireland engineered the first try when a line-out move saw number eight Conan flick the ball to Earls who sprinted clear and rounded a wrong-footed Jonny May to score.

For the seventh consecutive Test England had conceded the first try and their problems escalated as Kyle Sinckler complained at being poked in the eye by Iain Henderson before his front-row colleague Mako Vunipola conceded a second scrum penalty. 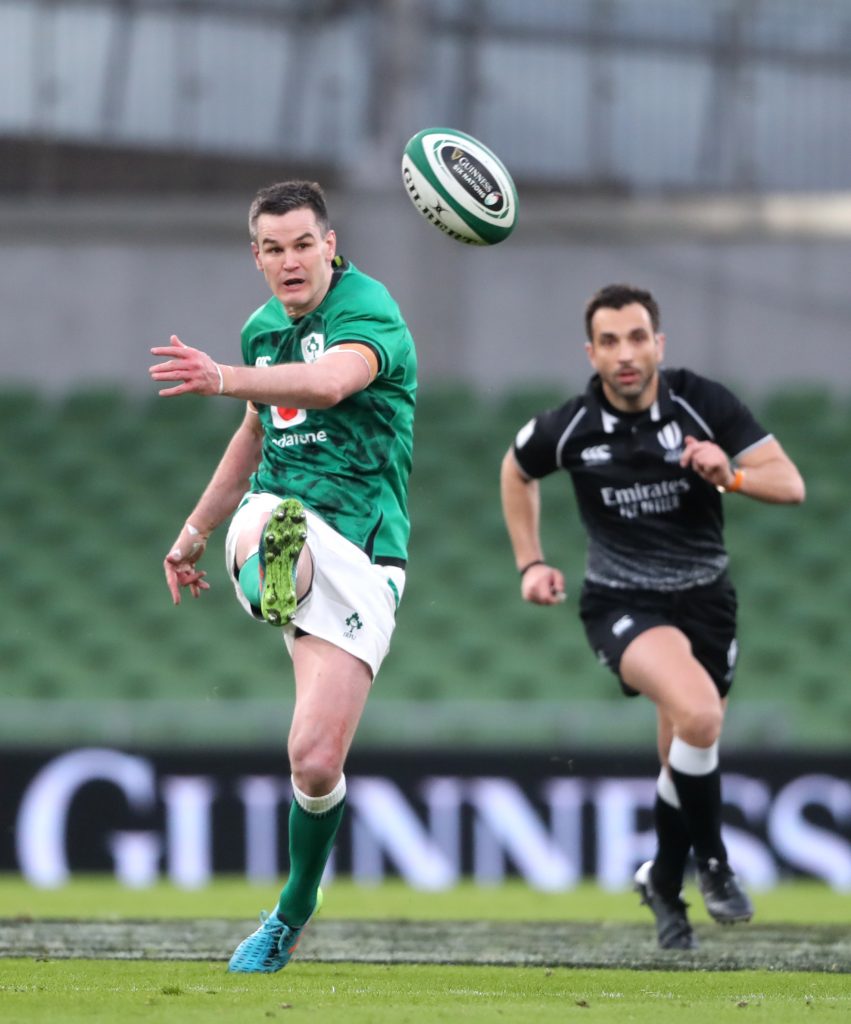 It was that infringement that provided the platform for Ireland to strike again through a cleverly engineered try that saw Hugo Keenan beat Daly to a high ball before play swung left, where the impressive Conan pounced from short range.

Sexton was heavily involved throughout a sweeping move of startling accuracy and in further evidence of the damage being done to England, Mako Vunipola and Luke Cowan-Dickie were replaced by Ellis Genge and Jamie George at half-time.

The penalties were accumulating for Jones’ team and although Earls had a second try ruled out for an earlier knock-on, Sexton landed three points as the lead became 23-6.

Billy Vunipola was stripped of the ball in the tackle and Farrell disappeared for an HIA. The misery compounded when Sexton booted his fourth penalty.

Aki was sent off for a high tackle on Vunipola that ended the number eight’s afternoon and England were smart with the penalty, a line-out drive enabling George to peel off and send Ben Youngs darting over.

But Sexton rifled over two more penalties to snuff out the fightback, with May crossing late on with the result already settled.