Wasps cruised into the Gallagher Premiership play-offs by posting a league record 46-5 victory over Exeter at the Ricoh Arena.

A bonus-point win guaranteed that Wasps finished second behind Exeter in the table.

But their opponents back at the Ricoh Arena next weekend are still to be decided following Premiership Rugby’s postponement of the clash between Sale and Worcester until Wednesday after 16 Sharks players tested positive for coronavirus.

If that game takes place – it is subject to stringent retesting – and Sale win with a bonus point, then they will travel to Wasps.

And Wasps took full advantage, reeling off an eighth win from nine starts since the Premiership restarted in August and collecting their biggest league victory over Exeter.

Wasps went into the game without injured flanker Jack Willis, so Thomas Young deputised, and there were also starts for prop Simon McIntyre and hooker Tommy Taylor.

A second Gopperth penalty after Exeter players strayed offside in front of their own posts doubled Wasps’ advantage, then Dollman was forced back over his own line, giving the home side a five-metre attacking scrum. 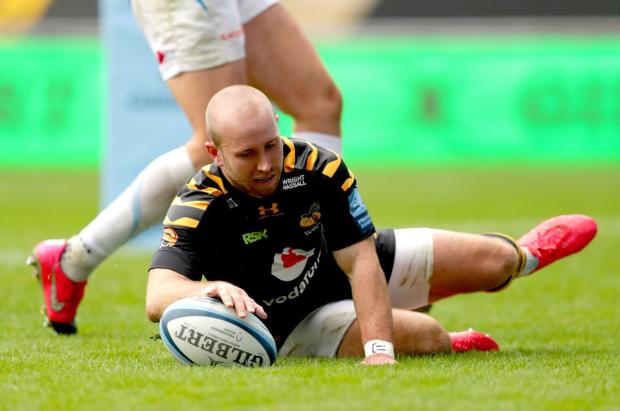 Exeter cleared the danger, though, and continued to test Wasps before they were undone by a piece of Umaga brilliance.

The 22-year-old weaved his way through Exeter’s defence, and touched down for a try – after referee Tom Foley had checked the grounding – with Gopperth’s conversion making it 13-0.

And before Exeter could recover from that setback, they fell further behind after fumbling possession in midfield and seeing Robson gather to sprint 50 metres and claim an opportunist score, again converted by Gopperth.

Exeter suddenly had a mountain to climb, and Wasps made it of Everest proportions on the stroke of half-time.

Patient build-up play reaped its reward, and when the Chiefs finally ran out of defensive numbers it was Gopperth who powered for his team’s third try and open up a 25-point interval advantage.

Wasps needed less than five minutes of the second period to secure maximum points, with Bassett enjoying an unmarked walk over Exeter’s line after a lengthy kick out of Wasps’ half saw the Chiefs with no defenders back.

Southworth marked his Premiership debut by claiming a consolation try for Exeter, but normal service was quickly resumed when Wasps stormed back into the Chiefs’ 22 and Vellacott scored.

The scrum-half quickly added his second try, and although Exeter kept battling, their shadow XV had suffered a comprehensive defeat.