Wales delivered another unconvincing display under head coach Wayne Pivac as their poor Autumn Nations Cup campaign ended with a 38-18 victory over Italy.

Pivac’s team finished fifth in the tournament as a result, but there was little evidence to suggest that Wales will be a Six Nations force later this season.

It was just a third Test win under Pivac since he succeeded Warren Gatland 13 months ago, yet they have come against Italy twice, and Georgia.

Italy, without a victory over Wales for 13 years, led by a point until the 58th minute, so difficult did they make life for a team that once again made countless errors and conceded too many penalties.

Tries during the final 22 minutes by Gareth Davies, George North and Justin Tipuric saw Wales home – there were earlier touchdowns by Kieran Hardy and Sam Parry – while fly-half Callum Sheedy kicked five conversions and a penalty.

And while the history books will show a 15th successive win for Wales in the fixture, they laboured for so much of the contest despite the best efforts of outstanding number eight Taulupe Faletau.

Pivac will now turn to Six Nations planning and while a number of players should be back after injuries, considerable improvements are required across the board.

Wales were forced into a late change after centre Johnny Williams was ruled out with calf muscle trouble, so fit-again Jonathan Davies replaced him in midfield alongside George North. 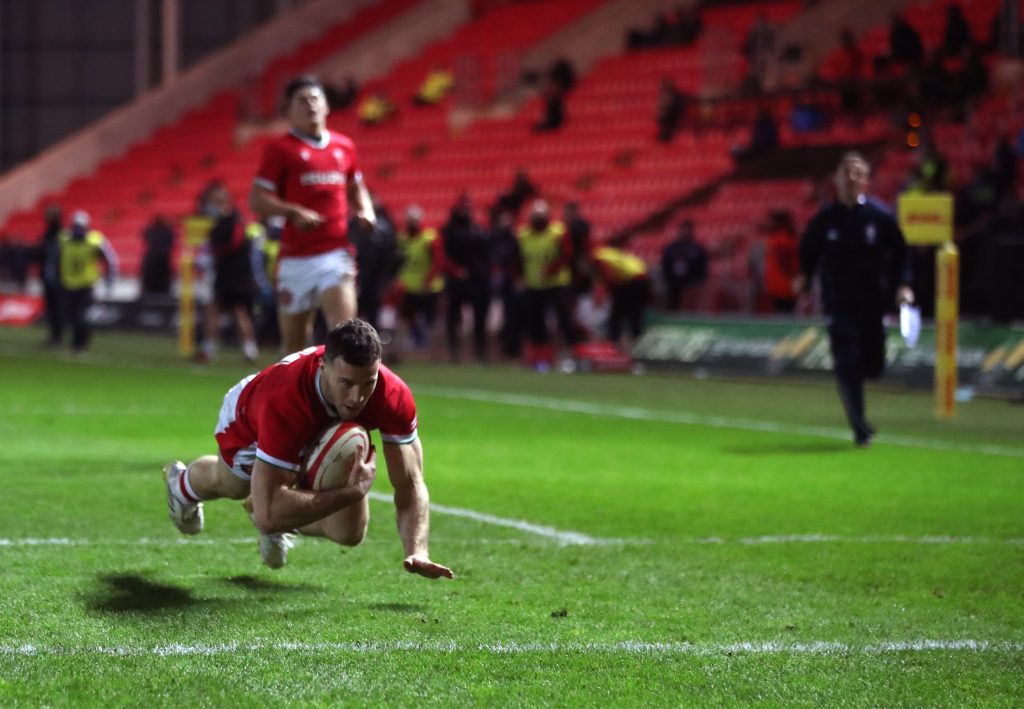 Italy, meanwhile, included Wales-born Stephen Varney for his first Test start at scrum-half and wing Monty Ioane made an international debut in a team captained by hooker Luca Bigi.

Wales were off and running after just seven minutes, taking the lead when Faletau’s brilliantly-timed pass sent Tipuric clear and the supporting Hardy crossed, with Sheedy converting.

It was a confident start by the home side and although full-back Liam Williams appeared fortunate to escape sanction after he charged into a ruck and caught Italy centre Carlo Canna high, Wales soon extended their lead. 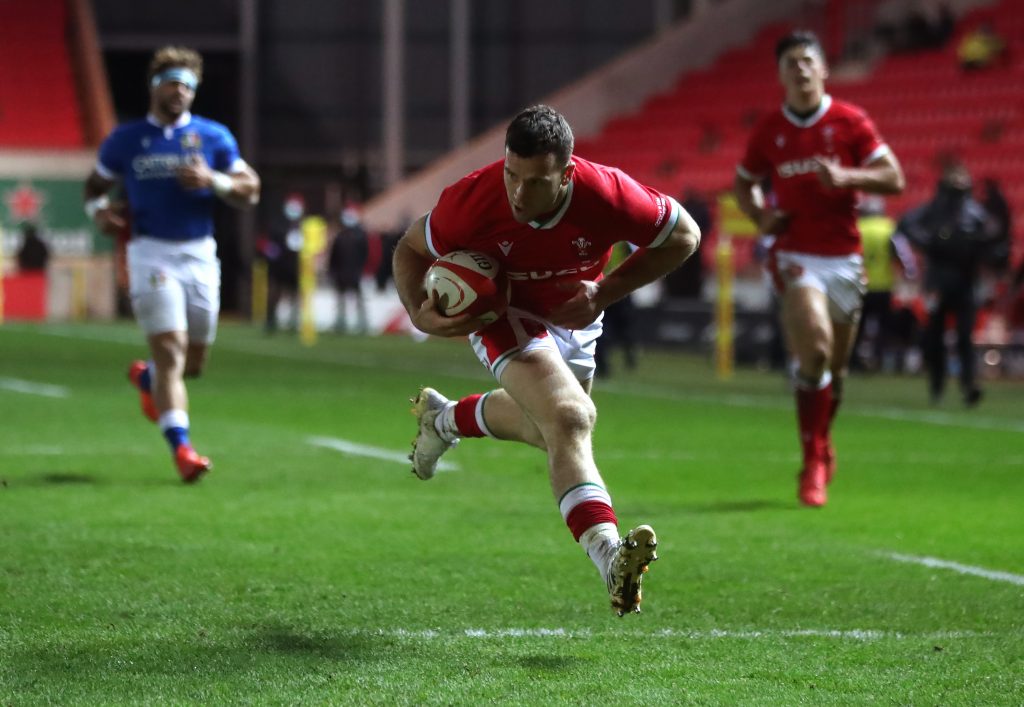 This time it was solid work by the forward close to Italy’s line and Parry matched Hardy in scoring a first try for his country.

Sheedy’s conversion opened up a 14-point lead after just 18 minutes, bur Wales suffered an injury blow when Williams departed with what appeared to be an ankle problem and was replaced by Bristol’s Ioan Lloyd.

Garbisi opened Italy’s account through a 28th-minute penalty and then they caught Wales cold with a clinically-executed score.

Varney found Canna from the base of a scrum and his clever kick into space was gathered by his midfield partner Zanon, who surged away from a stunned Welsh defence. 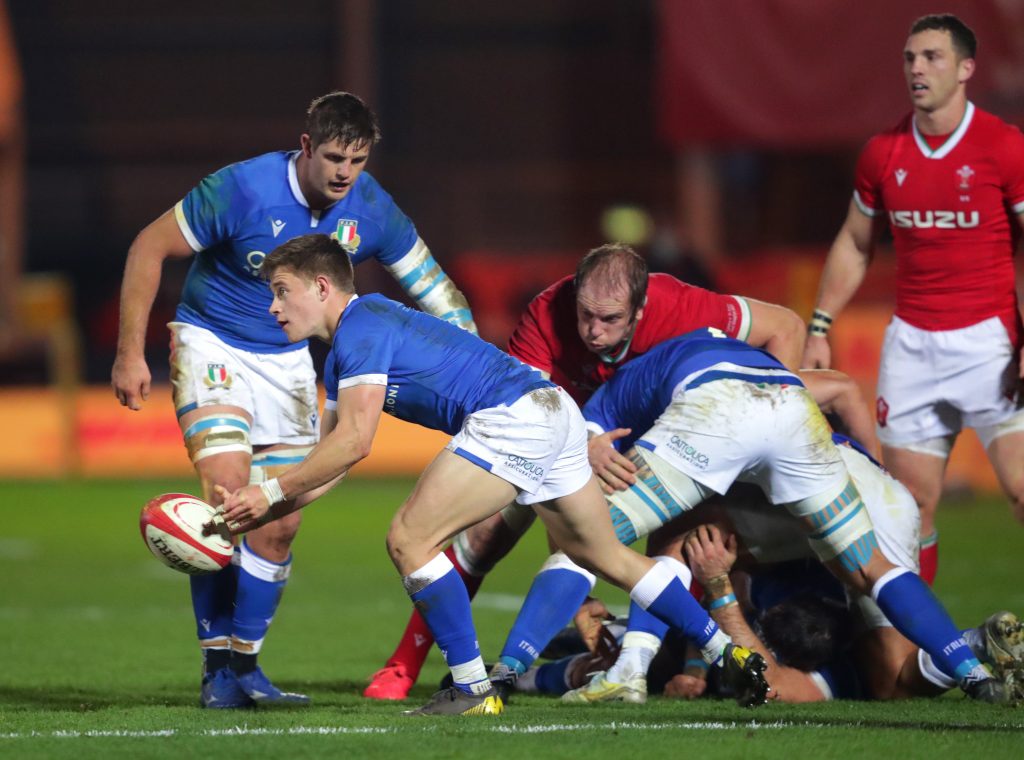 Wales were suddenly all over the place and Garbisi followed his conversion with a penalty, cutting the deficit to one point following a superb Varney break.

And Wales also found themselves a player down as referee Wayne Barnes showed a yellow-card to wing Josh Adams after Varney was tackled, leaving Italy holding a temporary one-man advantage and trailing just 14-13 at the interval.

A Sheedy penalty calmed things down for Wales five minutes into the second period, yet Italy responded in thrilling fashion, spinning possession wide and Meyer scored in the corner, edging his team ahead.

Wales were rocked by the score and Pivac began making changes, sending on Davies, Aaron Wainwright, Wyn Jones and Cory Hill midway through the third quarter.

Everything from 4s to an 8.5, here's how we rated the Welsh players #WALvITA https://t.co/hSA6LS2aoj

And Davies took just eight minutes to make a mark, breaking away to score his team’s third try before Sheedy’s touchline conversion made it 24-18.

North’s touchdown 11 minutes from time meant that Wales could finally breathe easily, with Sheedy’s conversion taking them past 30 points, but they have so much to work on ahead of a Six Nations campaign that begins in just nine weeks’ time.