Wales player ratings: Well, they got there in the end. The scoreline flattered the Welsh and you fancy they’ll be relieved to limp out of 2020, the long finally ordeal over, with an ugly win against the Italians.

Here are our Wales player ratings:

Shaun Edwards is so ruthless:

Shaun Edwards is so ruthless:

14. JOSH ADAMS – 5
Yellow carded for killing the ball and then acting like a silly little lad after it. Also nearly scuffed a late George North try by giving it too early. One to forget for Adams.

13. GEORGE NORTH – 7
You felt watching the game that is was a chance for North to prove that he still had real value to offer Wayne Pivac, who seems unsure what do with the aging superstar. He certainly didn’t have to worry about seeing ball and was happy to truck the ball up. Rubbing his nose on an Italian player’s sleeve was entertaining. The best Welsh back on the park. 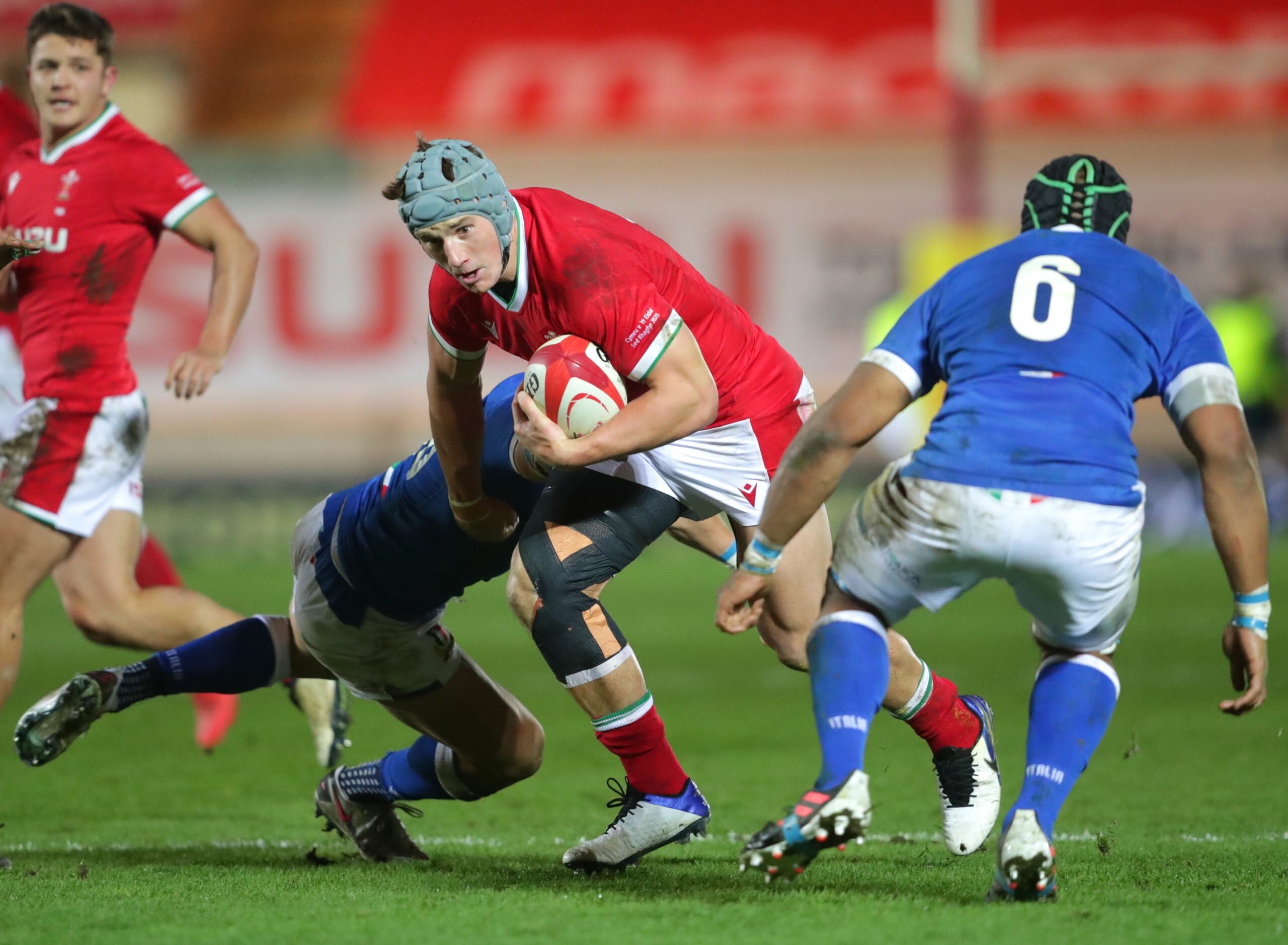 12. JONATHAN DAVIES – 4.5
The 32-year-old Lion is starting to lose his grip on a place in the Wales’ squad and you could see his knee was heavily strapped for this outing. Doesn’t seem himself.

11. LOUIS REES-ZAMMIT – 5
Taking the ball back into his 22 was a schoolboy error, but he will be truly haunted by being gassed by Johan Meyer, albeit with a yard or two to make up on the angle. Managed a few breaks up the pitch but we’re still waiting to see him truly open up in Welsh jersey.

10. CALLUM SHEEDY – 5
The Bristol boy is full of adventure and he clearly enjoys bringing the ball to the line, but this was a Test match, not touch rugby. Sometimes it felt like this Welsh team were rudderlessly staggering about around the park. You hate to say it but Wales needed him to kick more. Getting flung into touch at the end summed up a scatty outing for Sheedy.

9. KIERAN HARDY – 6
A bright performance and good value for his try. The game descended into terminal scrappiness but you suspect he’ll be happy with his contribution. Snappy.

1. NICKY SMITH – 6
With Wyn Jones stealing a march on the loosehead jersey, you forget just how effective Nicky Smith can be. He has a baby face but by the gods he is strong.

2. SAM PARRY – 5.5
Well, there’s the big lineout issue isn’t there. It’s not all Parry’s fault of course, as it’s been a curse for the Welsh throughout the Autumn Nations Cup and its origin is presumably systematic rather than the fault of any given hooker. Pivac and co sorting their set-piece issues must be close to the top of their epic snag list. That aside, Parry was useful in flashes.

3. TOMAS FRANCIS – 5
An increasingly rare start for the big Chief. Fired up and got involved, but you suspect it may soon be the end of the line for big man, SPSP or not.

4. WILL ROWLANDS – 5
Getting smashed in contact by the Italians and then penalised for not releasing was a poor start for the hulking Wasp, who needed to do something, anything, to stake a claim to the red jersey. Carried competently thereafter. 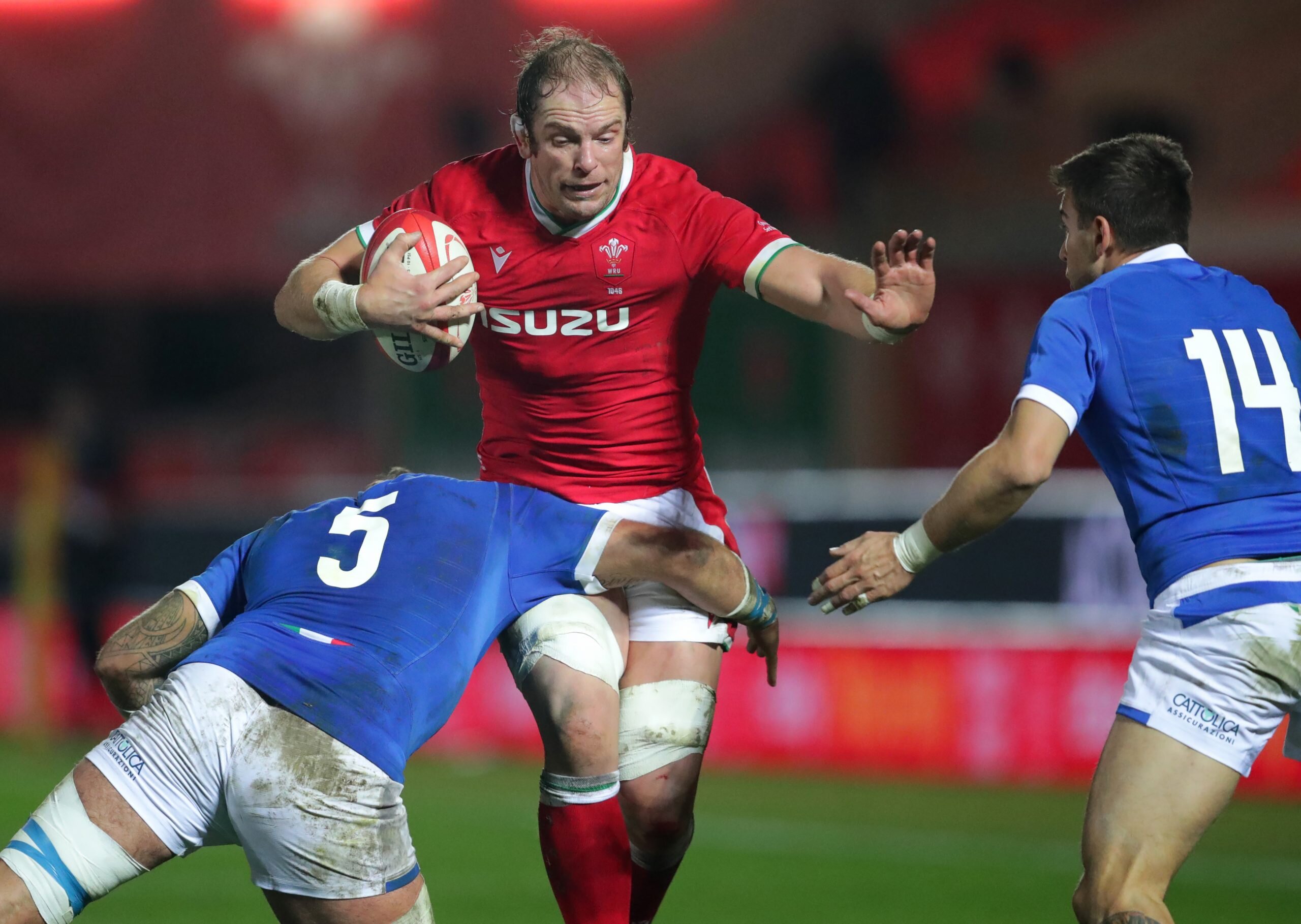 5. ALUN WYN JONES – 5.5
His nuisance factor can’t be underestimated and it was dialed right up today. He’s still the heart and soul of this Welsh pack, but this Welsh team are a shambles right now, and he too is performing under par.

6. JAMES BOTHAM – 6
His fourth straight start and what’s been a productive series for the Cardiff Blues backrow. He hasn’t hit too many ‘sixes’ but he’s had plenty of ‘runs’ all the same. Cricketing puns aside, he’s been Pivac’s most significant breakout player this series.

7. JUSTIN TIPURIC – 8
What a line and dummy from Tipuric to put his 9, Kieran Hardy, in for his first Test try. He and Faletau are the only Welsh players who would be part of a world XV conversation at the moment.

8. TAULUPE FALETAU – 8.5
A rock of excellence in the sea of Welsh mediocrity around him. Makes metres and wins collisions, and deservedly won his MOTM award.

REPLACEMENTS:
22. IOAN LLOYD – 4
Completely out of position for Italy’s 33-minute try after coming on for Willams. Missed a tackle on Italian nine Vardy as he slalomed his way up the pitch minutes later. One to forget for the young man, who looked unsure of himself.

21. Gareth Davies – 7.5
Great try when he came on. Why don’t Wales play him more? Someone should tell Wayne.