Veteran England winger Chris Ashton is hoping Worcester will be a top-six Gallagher Premiership side by the time the 18-month contract he has just signed with the Warriors expires in summer 2022 following his switch this week from Harlequins.

Ashton, who is just four tries away from becoming the Premiership’s record all-time try-scorer, spent less than eleven months at Harlequins after he joined them in a hurry following a falling out at Sale with then-boss Steve Diamond.

With the lockdown soon forcing rugby into suspension, it wasn’t until August that Ashton eventually got to make his debut for Harlequins. However, unable to fit in happily with Quins’ set-up at Guildford and with his family moving away to Northampton in recent months, it was decided it would be best for the soon-to-be 34-year-old to find another club.

This Ashton has done and it was a beaming winger who spoke to media over Zoom on Tuesday at the end of his second day with Worcester ahead of what he hopes will be a club debut next Saturday at home to defending champions Exeter.

Explaining the upheaval he has encountered since his abrupt departure from Sale, Ashton said: “It has been a difficult one. It’s a side of rugby that you don’t really talk about too much to be honest, especially when there are not a lot of people like me who move that much.

– @TheRugbyPod give their verdict on where the soon-to-be 34-year-old veteran might end up next season #GallagherPrem https://t.co/JxSITFjOtS

“Having come back from France (Toulon) and been very much settled in the north-west, for that not to work out and for me to move to Guildford in a very strange time for everybody (due to the pandemic), we just didn’t have that interaction down in Guildford.

“We took a decision based on my family being settled to find a base for us just outside Northampton having not really enjoyed being in Guildford just because of the social aspect of it. That’s the situation we are in now. We’re up in Northampton now and I’m commuting across. I will stay down too here (for training) but who is to say we won’t be on the move towards Worcester.

“It’s all pretty new to us all. I’ll run that past my wife when I get home tonight. We moved out about three, four months ago (from Guildford to Northampton), we’ll see what she says to that. It might be best if I just stay down on my own for the first few months,” continued Ashton, switching to the rugby reasons why his face didn’t fit at Harlequins.

“I probably wasn’t able to contribute as much as I had hoped. The relationships didn’t connect as much. I went in there at a strange time for everyone with Covid. Sometimes personalities don’t match, faces didn’t fit. I’d like to have helped more and had more of a contribution.

“I just had to face up to it and so did the hierarchy, the people in charge at Quins. They had similar views that maybe it hasn’t worked and it might be beneficial to move on to Worcester and I was in agreement with that.

“It [not settling] does happen to a lot of players who probably don’t notice as much as me because if I’m not playing and stuff I don’t feel like I have contributed in the way that I want to and I’m more than happy to try and find that opportunity elsewhere.

“Some other players might not necessarily be in that mindset, they will stick with it and probably not play until the summer. I’m not that way. I have only got a short period of time left in my career and I need to take advantage of that. I didn’t want to miss the next six months of playing time when I could be helping elsewhere.”

Ashton played just eight games for Harlequins, only scoring twice, a very different experience to what he had been used to elsewhere in his career. “Wherever I have been I have managed to find players pretty quickly click, knowing the positions I would benefit from and find the ball.

The questions are flowing in… 'Is Ashton just going to move to a different club each year then?'https://t.co/uDpMQVCB5k

“Just weirdly I never found myself in that situation at Harlequins. They were really developing with a young 10 and a very young backline… probably it’s a bit of training time and consistency and when you lose games it creates a different mindset and a different way of playing.

“It was a strange one for me. I’ve never not been able to connect. In 16 years of playing, I have always been able to. I’m still one try in every two games and I want to stick to that,” he said going on to express his sympathy that Paul Gustard, the coach who signed him at Harlequins, left the club with immediate effect last Wednesday.

“He is a great guy, I have known him for a long time. He had a very different role there at Harlequins from before when I knew him at Saracens. He had a little bit of a different mindset on and with a playing style, when you lose games and you’re almost expecting to win these games, it can you knock you off task a little bit and the pressure of losing and trying to find a way to win in a young environment can be difficult.

“It’s not a direction they wanted to go at Quins as Laurie (Dalrymple), the CEO, said. It’s sad to see him go because when he first went in he was the right man for the job, but Quins want to go in a different direction. Gussy is a very good coach and he is not going to struggle as we have seen. He’s already off to Treviso.”

Although Worcester are currently eleventh on the Premiership table, just three points ahead of Gloucester who occupy the relegation spot, Ashton believes the potential for the Warriors to succeed like never before was a major reason why he felt it best for his career to link-up with Alan Solomons’ side. 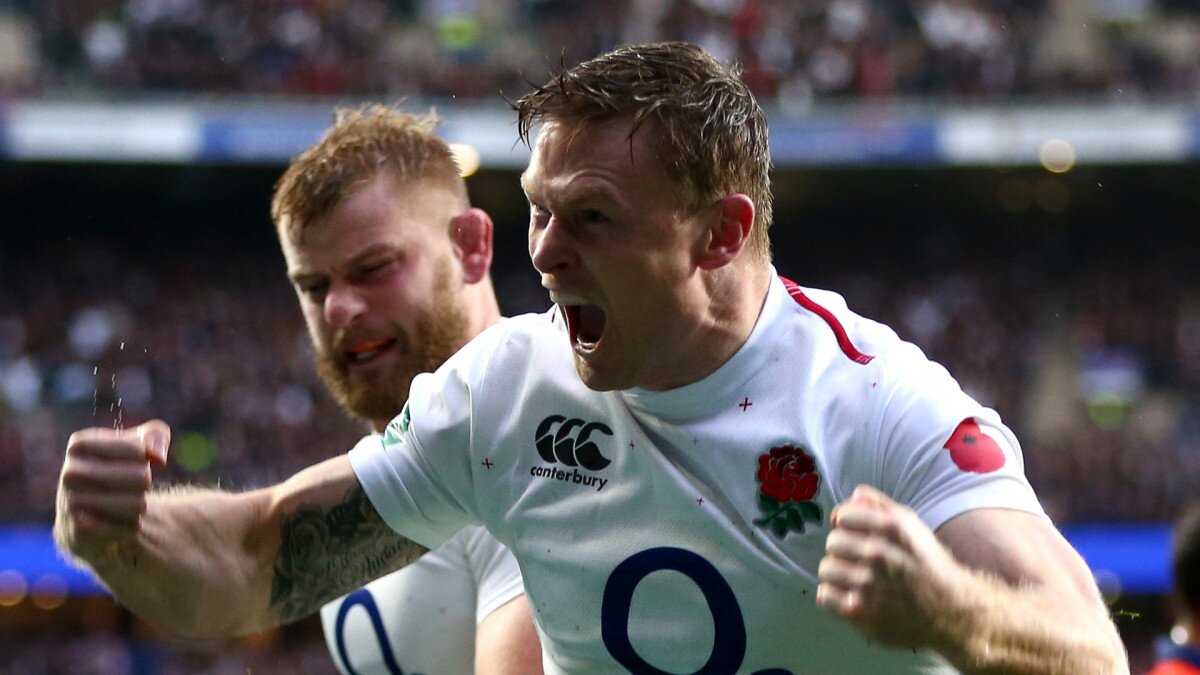 “Teams come here to play and see them as that bottom half of the table. We have seen previously other teams have been able to do it, change that mindset. It takes time. But as long as you buy in and you all want to achieve that, you start to move up and it’s possible. Look at Exeter, they have just won the double. From where they came from and where they are now is worlds apart so it is definitely doable.

“Right now all the ingredients are here. The club has just found itself in that (bottom) part of the table for so long. There is an awful lot of clubs in the Premiership at the moment going through a very similar situation, a very similar stage of having to bring a lot younger talent through and progress people and players in very different ways to what had been done before. So I’m excited to be here and excited to be able to contribute and help us move up that table.”

Ashton has arrived at Sixways looking to score tries but he is just as keen to impart his wealth of experience in a mentorship role to help accelerate the development of the younger players at Worcester, something he was helped with when new to union at Northampton in 2008 after he crossed over from rugby league.

“At Northampton, I was on the opposite end of the spectrum. I had Carlos Spencer and Bruce Reihana who were so good for me. If I could be 10 per cent of what Bruce was to me with these younger Worcester lads, I will have done my job.

“I have got quite a bit of experience in different environments and different clubs and played with an awful lot of world-class players and under world-class coaches, so I’d like to think I have got a lot to offer… I’m trying to focus a little bit more here on the club and how I can help and develop other people but without a doubt that [scoring tries] comes top of the agenda, I have a job to do playing too and I want to make sure I can definitely do that.

“I can offer how I know I can play into this team and I have no doubt that is what is going to happen. I would love to break the record. I feel like I’m 40 tries away at the minute, not four. I’m really just a bit conscious that has been said quite a lot to me… I just want to be there when I am past it and I can crack on,” said the winger Ashton, adding that it was possible he could revive his Toulon role and operate as a Worcester full-back due to Melani Nanai’s recent season-ending operation.

“I’m happy to play either. It has not been discussed yet. They are a bit conscious of me taking a lot in. It was discussed before I came. Like I say, I’m happy to do both. Wherever the coaches feel I can fit in best at the weekend I don’t mind.”

du Toit signs for Bath Next