Election 'too close to call' Next
Back
Internationals

There have been countless players over time who have left fans scratching their heads as to why they have not played for their country more. Be it down to injury, politics, or simply a case of them not fitting in, there are many retired players who should have plenty more Test caps to their name.  This is the RugbyPass ‘Deserved More Test Caps’ XV:

1 Trevor Woodman
The starting loosehead for England when they lifted the Webb Ellis Cup back in 2003 would only pull on the white shirt seven more times before retiring in 2005 as a result of a back injury. The exGloucester and Sale Sharks prop was only 29 when he retired with only 22 caps. He is in many ways the forgotten man of England’s ’03 triumph and was robbed of many more caps through injury.

2 Schalk Brits
His Springboks career may have ended on a high being part of the victorious 2019 World Cup campaign, but he only won 15 caps after making his debut in 2008. Brits never suited the stereotypical mould of a South African hooker, but that did not stop him being one of the most popular players in the northern hemisphere during his nine years with Saracens.

3 Brian Mujati
Another player who was deeply respected in the northern hemisphere, but less so in South Africa, Mujati joined Northampton Saints in 2009 and forged a name as a devastating scrummager. He only earned twelve caps, all of which were in 2008, before the move to Northampton. He also played at Racing 92, Sale Sharks and the Ospreys.

4 Gregory Lamboley
Anyone who plays almost 400 games for Toulouse during the club’s halcyon days in a 17-year career at the Stade Ernest-Wallon is clearly a good player, but that did not necessarily translate to France caps for Lamboley. The lock, who could also play across the back row, only managed 14 caps for Les Bleus despite a glittering career with one of Europe’s premier clubs.

5 Radike Samo
A player who took versatility to a new level, Samo won a Super Rugby title for the Brumbies starting at lock, another title for the Reds starting at No8, and even had a dalliance on the wing for the Wallabies. However, he only won 23 caps between 2004 and 2012, which included being ostracised from the national set-up for six years before making a return in 2011 and earning a further 17 caps.

6 Jean Bouilhou
As faithful a player as Lamboley was for Toulouse, he was eclipsed during his career by Bouilhou. The ex-club captain amassed even more appearances for the European giants and while not the most flashy of players, he was the silent assassin and heartbeat of all his side’s success, playing in all five of their Heineken Cup finals this century. Surprisingly, he only had a scanty return of two France caps, one in 2001 against the All Blacks and another in 2003 against Argentina.

'There were times when I was in the car with the rugby coach and players would be phoning in saying they couldn’t do anymore because it was affecting their actual work life.' @Tom_Varndell talks to @heagneyl ???https://t.co/oKkSFnhHom

7 Luke Watson
A player whose international career was stunted mainly due to politics more than anything else, Watson was nonetheless a player that deserved more than ten caps for South Africa. Although the ex-Bath flanker is a slightly different option on this list as it was his personal choice not to play, any other player as well-rounded as Watson was would easily have over 50 caps.

8 Xavier Rush
An example of a player who could never make the step up from domestic rugby to Test level, Rush only won eight All Blacks caps during his career. He earned his first cap in 1998, then his next seven in 2004, but no more. This was in spite of being a stalwart for the Auckland Blues, winning the Super 12 in 2003, and later for the Cardiff Blues.

9 Paul Marshall
A wonderful servant to Ulster over his twelve-year career in Belfast, Marshall only represented Ireland three times, all from the bench against Italy, the United States and Canada in 2013. Despite never making the breakthrough in green, the livewire at the base of the ruck played over 200 games for his club.

10 Nick Evans
One of the greatest fly-halves to ever play in England, the Harlequins legend only earned 16 All Blacks caps. Of course, his rival for the No10 shirt for the majority of his career was none other than Dan Carter, and there was plenty more competition elsewhere. However, there was a legitimate claim in 2011 that Evans was actually the second-best fly-half on the planet. But, being based in England, he couldn’t play for New Zealand.

11 Christian Wade
Now part of American football’s Buffalo Bills, hoping to play in the NFL next season, it is unsurprising that Wade sought a new challenge after being repeatedly overlooked by England. One cap is all the ex-Wasps winger has, despite having the fourth most tries in Premiership history. While it was felt his size and defensive vulnerability may have played against him, few can doubt his potency with ball in hand. 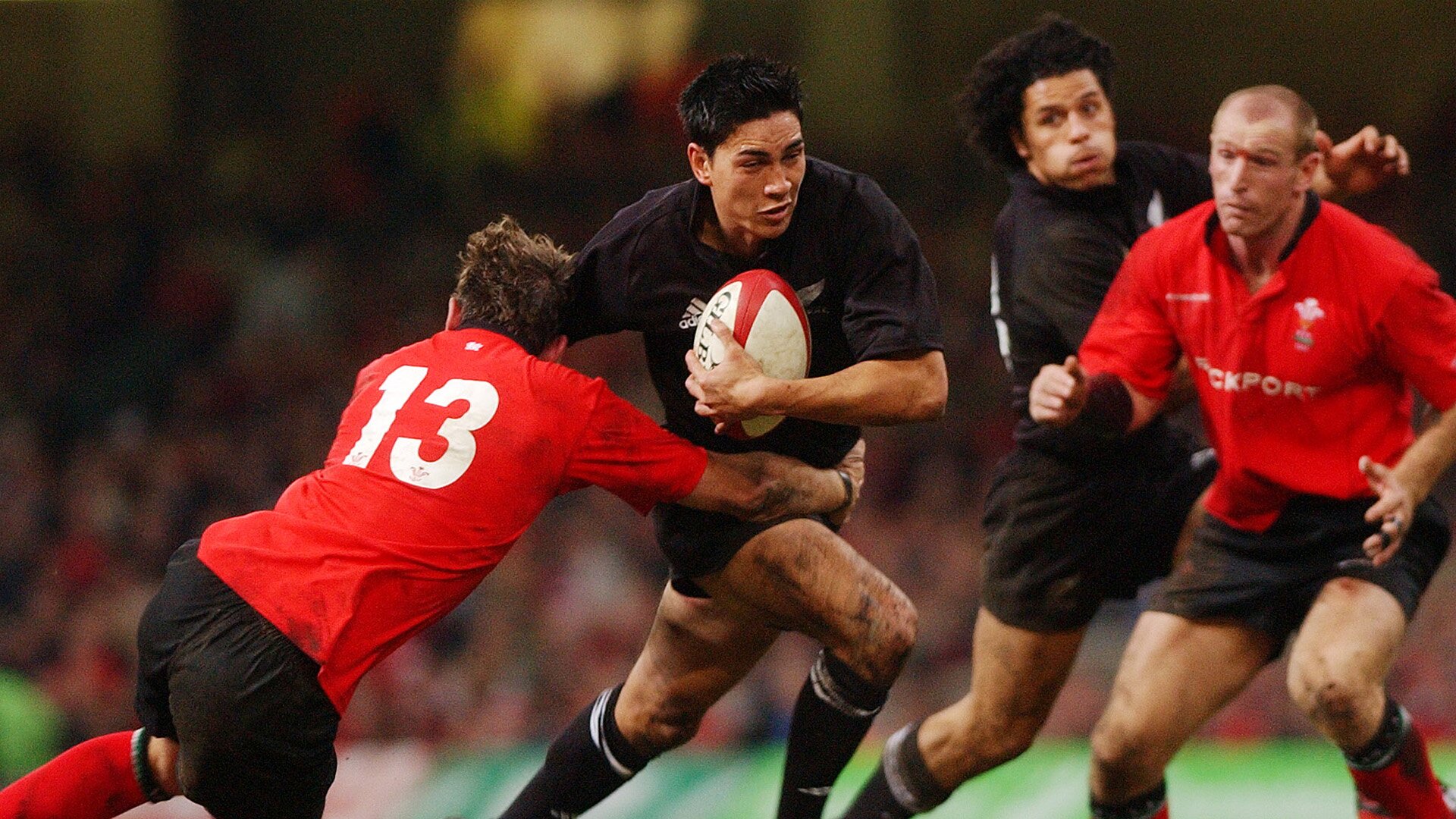 12 Regan King
The owner of a solitary All Blacks cap, King was a much-loved player in both France and Wales during his time with Stade Francais and Auvergne and two stints with the Scarlets. An elusive runner in the midfield, King had the skill set of a player that would be well suited in an All Blacks back line and deserved more caps.

13 James Simpson-Daniel
The winner of ten England caps between 2002 and 2007, the Gloucester back was a player whose international career never took off, largely because of an unfortunate string of injuries, and partly because his face just did not fit under some coaches. Nonetheless, the former outside back remains one of the most balanced and natural runners the Premiership has ever seen.

14 Tom Varndell
If Wade’s record of having the fourth-most tries in the Premiership was not enough for England, being the Premiership’s record scorer did not help Varndell either. Of course, a record like this is easier to break if you are not playing for England, as the ex-Leicester and Wasps winger only earned four caps. Save for his try-scoring debut against Samoa in 2006, Varndell’s other three caps came in heavy losses to Australia, twice in 2006, and the All Blacks in 2008 where he may not have shown what he was capable of. Nearing the end of his career, there have been few players to play for England with his raw pace. 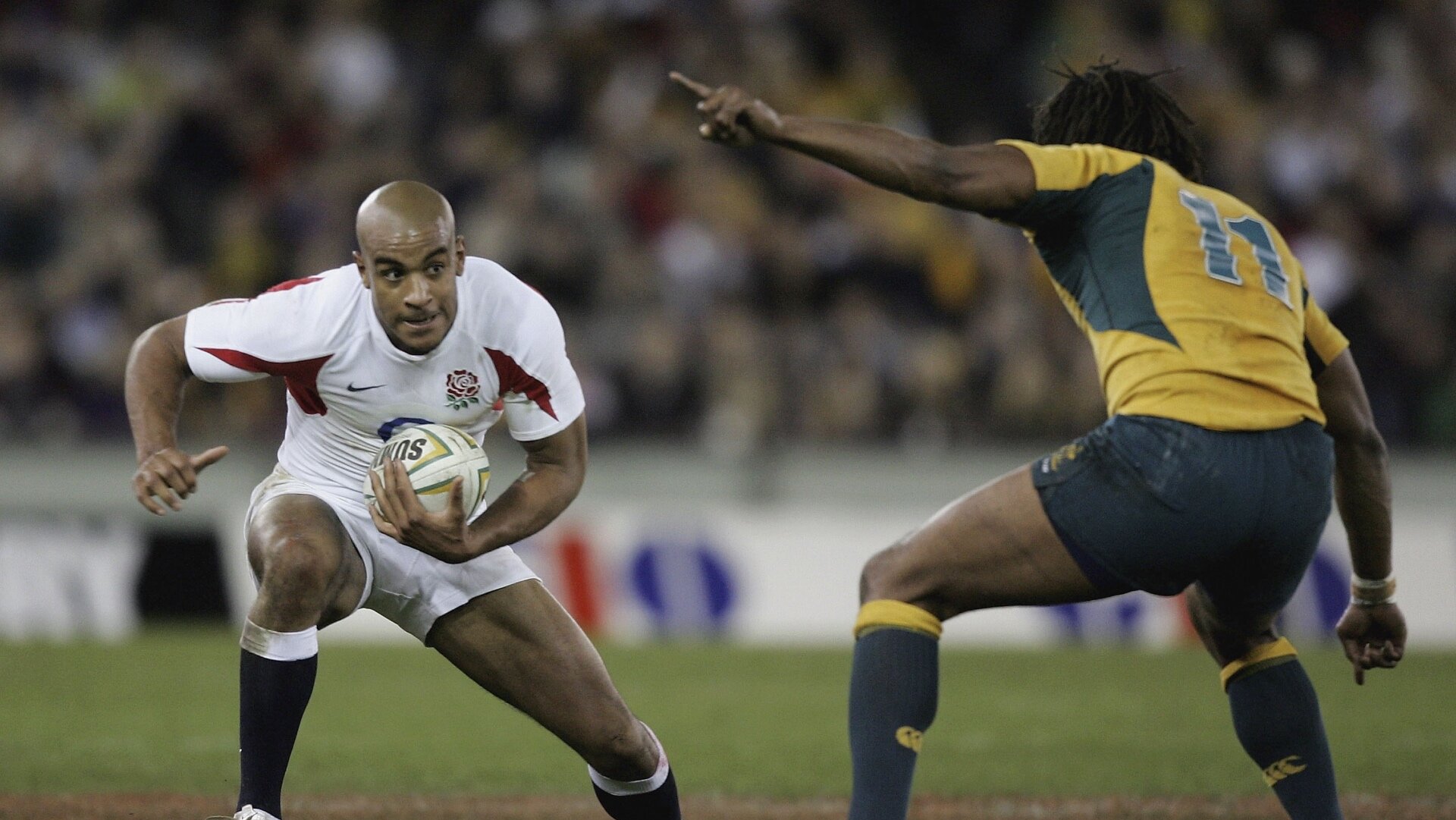 15 Isa Nacewa
A player who could only muster three minutes of Test rugby, during a solitary cap for Fiji at the 2003 World Cup, Nacewa sought to defer to the All Blacks but was ineligible because of his one appearance. Born in Auckland, the full0-back was not only prohibited from playing for his home country, but also for Ireland later in his career for whom he could have qualified for through residency during his lengthy spell with Leinster.