Harry Williams couldn’t quite believe the fall-out from Exeter’s win at Leicester last weekend. The league-leading Chiefs did a nifty number on their struggling hosts; then the keyboard warriors had their tuppence worth, getting stuck in in such an ugly way that the wounded Tigers felt compelled to report their online abusers to the police.

“If people said something to a player and their family, those people just need to sort themselves out,” said Williams to RugbyPass. “It’s just complete ridiculous. People who do that kind of thing, just take a grip on what you’re doing. It’s just stupid. I can’t condone that type of behaviour. It’s just ridiculous.”

Williams knows from past experience. With long hair and tattoos, he’s a character whose bubbly individualism has been a lightning rod for those wanting to take a pop at anyone daring to be different.

“I have probably got a little bit of gyp about being gay or something like that [he’s not as it happens]. I have Twitter but I don’t really (engage). Maybe after a couple of poor games you see a tweet about you, where it says ‘Harry Williams wasn’t very good today’ or ‘he’s s**t’, something like that. At the same time, if they want to put that they will put that. But they are probably quite sad people.”

Sad isn’t the description you’d use regarding the spirited Sandy Park dressing room atmosphere. Top of the Gallagher Premiership pile, their rise is the envy of so many rival clubs. Chiefs’ Premiership stay was only supposed to be fleeting, a novel adventure that started in September 2010 and expected to have a quick crash landing. That bump, though, has never happened.

'The Academy' ? – Our new docu-series goes behind the scenes with the Leicester Tigers Academy. Part 1 airs 6pm, Sunday 14th April, exclusively on RugbyPass.

There were five seasons settling in, Rob Baxter’s outfit gradually finding their feet at elite level. Now, following three successive final appearances and one title, the club is a beacon of consistency that has left some longer established rivals trailing way behind. Reaching a fourth consecutive decider is well within their grasp.

“It’s weird. To say in inverted commas you spend time developing a culture, I don’t think you can develop a culture. It’s quite an organic thing that gets created over time,” said Williams, shedding insight on the mechanics of an enviable inner sanctum that has Exeter nine points clear despite Sunday’s surprise home loss to Wasps. 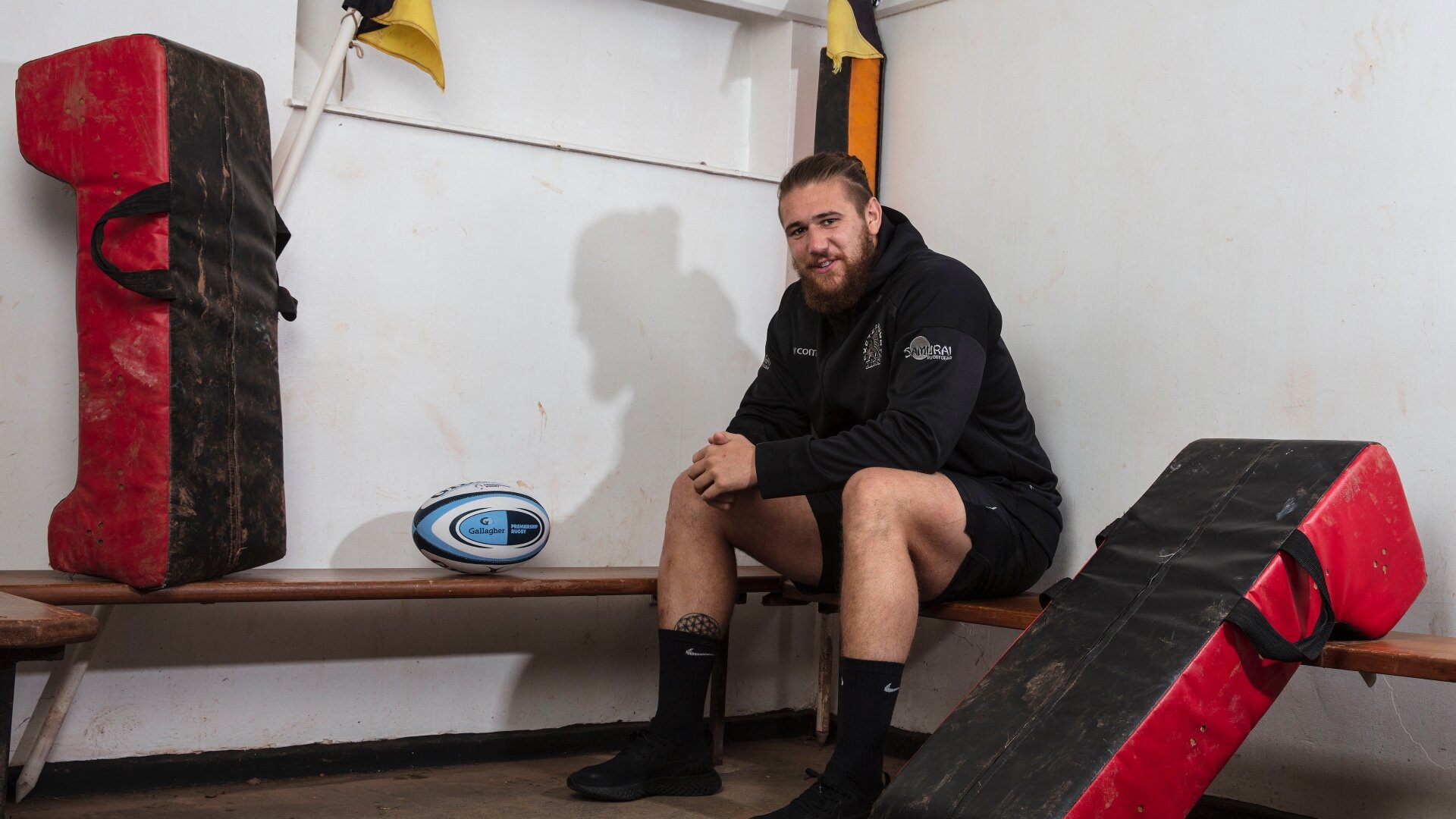 “He [Baxter] has just allowed that process to occur without any regulation. And also the core of the squad are Devon and Cornish lads so the people who come in, you need to buy into their culture. They have been there so long, so you definitely get that feeling of the players who have been before and created it but you’re still adding to it.

“I also think we have quite a young team so we’re not hampered by our past, we’re not trying to push on to do stuff we have done before because everything we’re doing is pretty new for us. That makes it even more exciting.

“The key to the consistency is the fact all the players are happy. Because he [Baxter] keeps such a stable, happy environment, there is never other issues creeping in. You never have to worry about anything that is happening off-field because you know all that side of it is sorted and they’re pretty even-handed with their evaluations, pretty honest with you on their feedback.

“It creates an environment where the majority of players, they’re all happy. Because of that you want to play well for the team year on year. There isn’t people moaning or sapping the entire time and (going) ’I want to leave’. It genuinely isn’t like that.

If you haven't seen the full video of this, it's well worth a watch ? @ExeterChiefs stars describe winning the Premiership in 2017… will they be in the #GallagherPrem final this year? ?

“It’s a real tight knit group and when you play well you feel the coaching staff and the squad have that real sense of unity. It’s like a shared kind of happiness. That’s the foundation for what pushed the team on year on year and hopefully will continue to push the team on for a long time to come.

“I believe where we’re at as a squad at the minute mentally, we’re not slowing down. I feel like we’re only speeding up. We understand the task ahead and I feel like we just want to ramp up, use every game as a springboard, an opportunity to go on to another level.

“The aim with Exeter is to win the Premiership and then to get selected for the World Cup would be a dream come true, it would be quite surreal. There is nothing I would ever have expected up until the last couple of years to happen, but if it becomes a reality I will be buzzing.”

Having taken the scenic route to the top with Exeter – Championship spells at Nottingham and Jersey and even lower down at Cinderford – before gaining England recognition, the tighthead from south London is a free-spirited 27-year-old with no airs and graces.

“I feel I appreciate it more because I see when you’re in the academy at such a young age, it’s kind of all you know and it’s all you will ever know. That is the word, you get institutionalised whereas I have been in other walks of life where it hasn’t always been like this, it hasn’t been all cushy where the club get everything done for you and you have all the extras from being at these clubs like Exeter. I’m glad I ended up in the same place as the lads but I feel I’d more fun doing it.”

There’s no sign of that fun stopping either. “On a day off, right now I’m trying to learn a little French, to keep the mind activated and stimulated. I coach as well and normally on a day off I just take it easy, discuss possible business ventures and go for lunch with friends. 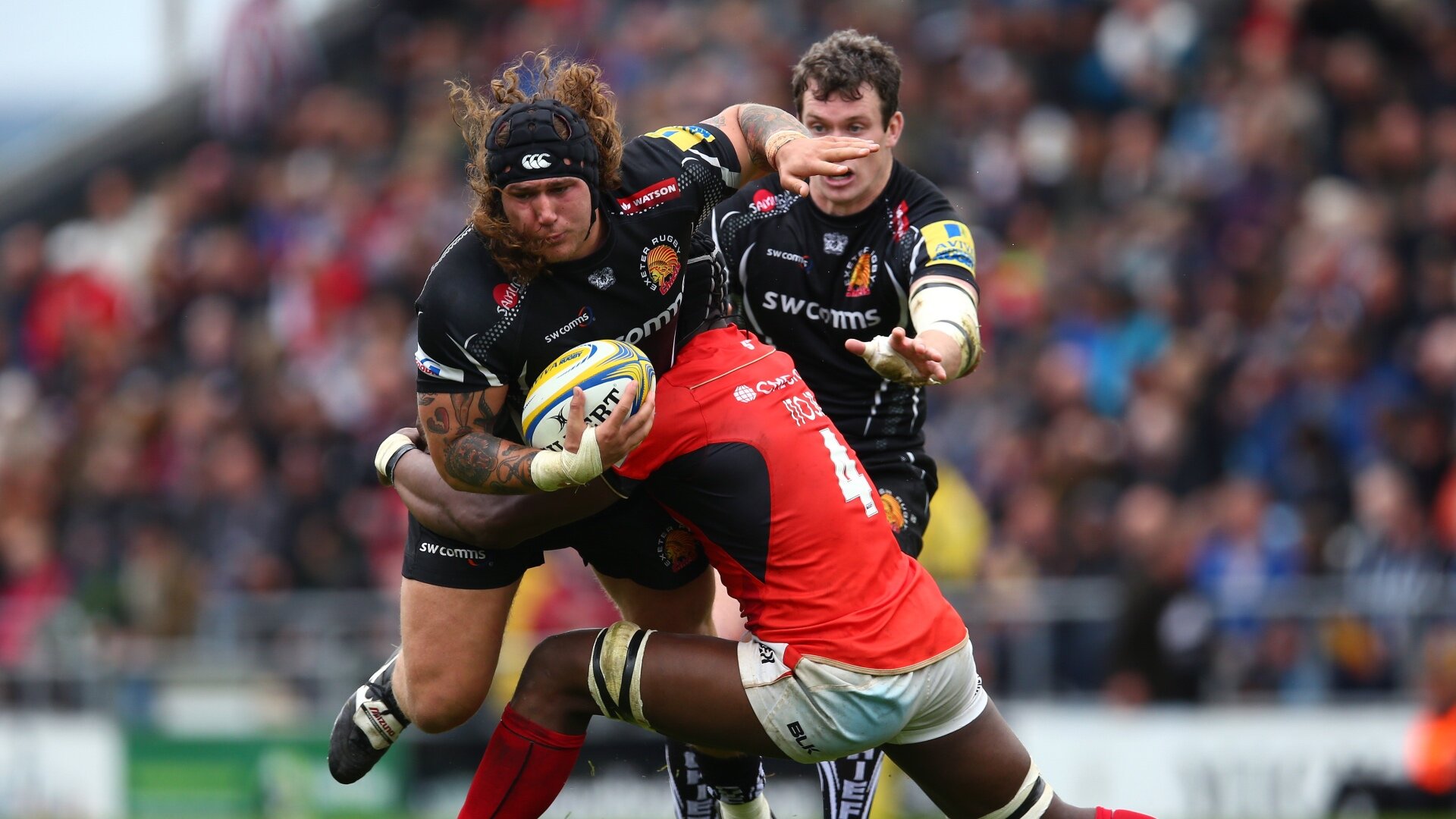 “I don’t know (if I will ever play in France). That’s a future conversation. But the reason why I’m learning is just when I finished university I stopped any kind of learning or anything like that. It does dull your brain a little bit if you’re not reading all the time, your mind’s not being active.

“I just thought it would be good to pick something up. I have never done anything like that before. I went in without a knowing a word and it’s fun when you start learning stuff, you feel yourself get stimulated,” he explained.

His grasp of Japanese ahead of possible World Cup selection is less fluent. “Arigato, which means thank you, and Konnichiwa, which means hello. That’s all I’ll need to know. The rest I’ll steal with my eyes.”

A starter from the bench in the 19-26 defeat by Wasps, Williams was talking to RugbyPass during a midweek Gallagher Insurance Train with your Heroes session where he tongue-in-cheek quipped he wasn’t a fan of host club Crediton. His time coaching their Cullompton rivals meant he couldn’t resist a light-hearted dig, but he enjoys the grassroots.

“This is what it’s all about. Old rugby clubs. It does take you back, a simpler time. You were kids playing for fun and it was a different experience,” he said before ruminating one of the English game’s hotter topics – how to make the Championship a more self-financing professional set-up so that it isn’t vulnerable to Premiership oligarchs pulling up the pilot ladder and putting an end to promotion.

“I’m torn about this. I don’t think they should get rid of relegation because it makes the league so exciting. Look at the Premiership now, there’s like so many teams that aren’t safe and there are teams that have come through. Exeter came through and Worcester, I suppose they are struggling now but they have been a pretty stable Premiership team for a number of years. 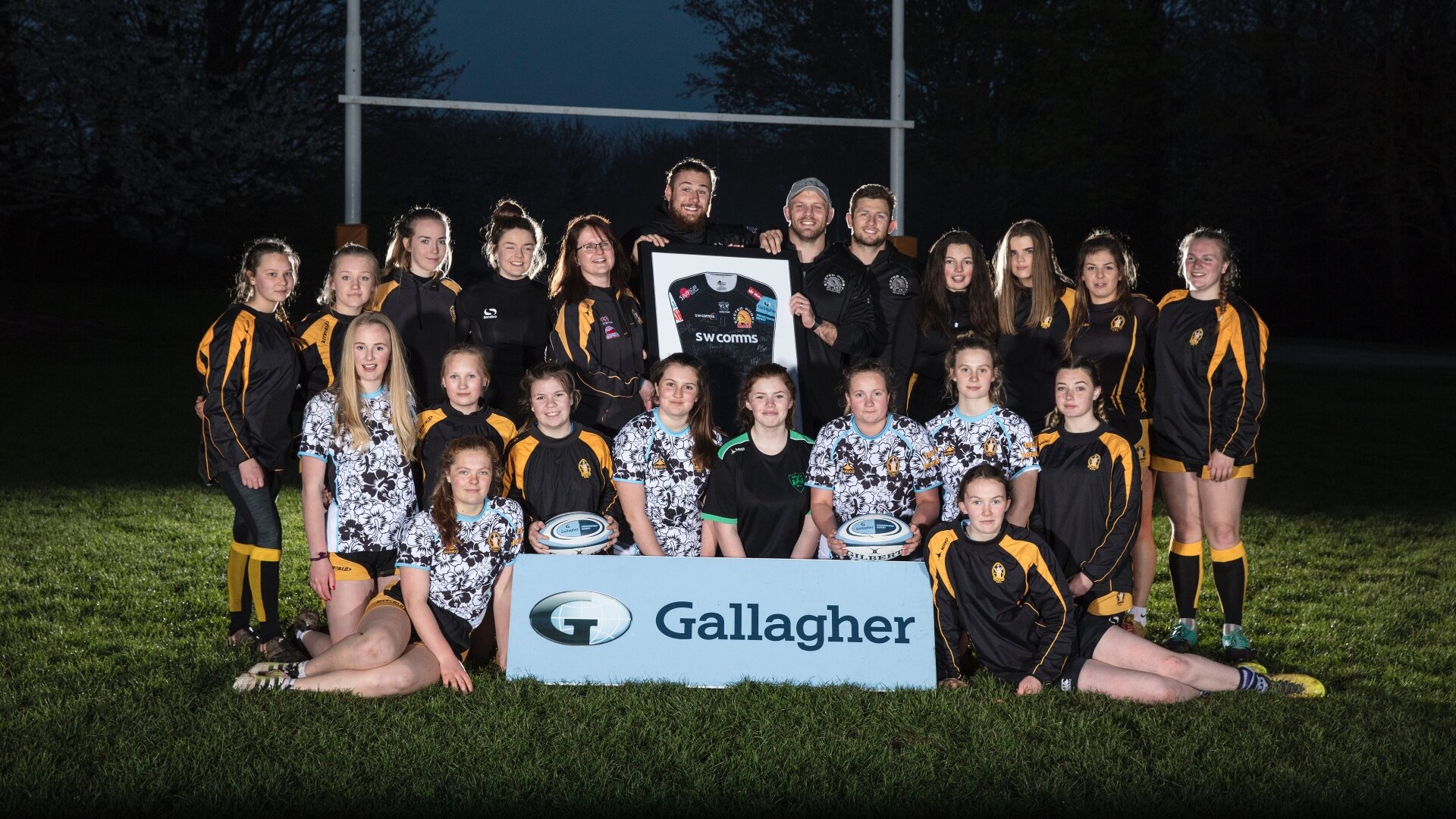 Crediton Ladies under-15s were put through their paces at a Gallagher Insurance Train with your Heroes training session coached by Exeter Chiefs’ Jack Yeandle, Harry Williams and Alec Hepburn

“But the issue is which Championship teams, bar London Irish, could come up, stay up and play well in the Premiership. A lot don’t have the crowd, the funding or the backing, they can’t make a fist of it. I don’t really know what the solution really is, but ring-fencing the Premiership isn’t the answer.

“Some grounds down in the Championship can seem a little bit empty and a little bit dead, but most of them, even if they have only a small crowd, do actually generate quite a good atmosphere… but I suppose you have to get more people interested in watching rugby so the crowds can be bigger.

“You also need more initial funding to finance the teams which is actually impossible, the RFU are already trying to cut back costs. So I don’t really know. It’s difficult, mate, a very difficult situation. Finding a resolution for it is a hard task.” 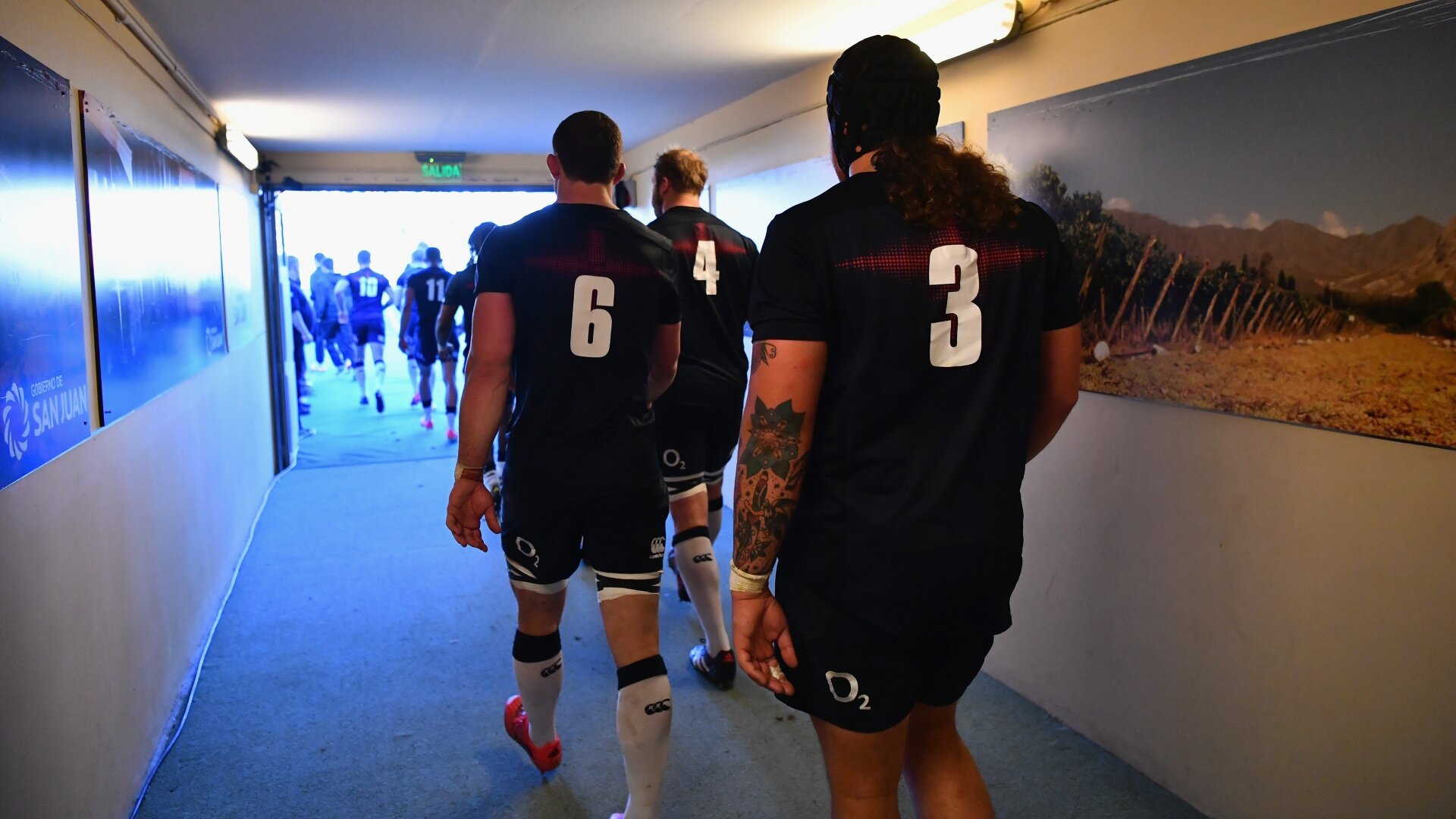 Edwards set for Welsh extension Next