The Tigers fly-half, who has won 77 caps and played in two World Cups, will miss a three-day England camp that starts on Sunday.

He was left out alongside the likes of fellow established internationals Billy Vunipola and Jamie George, with Ford’s failure to make the 45-man group mystifying many.

But after guiding Leicester home against Exeter last weekend, he saw Tigers make it two wins from two, kicking three penalties and two conversions as they triumphed in bonus-point fashion.

Gloucester did not go quietly, though, in front of an 11,600 crowd, claiming tries of their own from prop Fraser Balmain, flanker Ruan Ackermann, centre Mark Atkinson, who marked his England squad selection in style, and substitute Jack Clement. 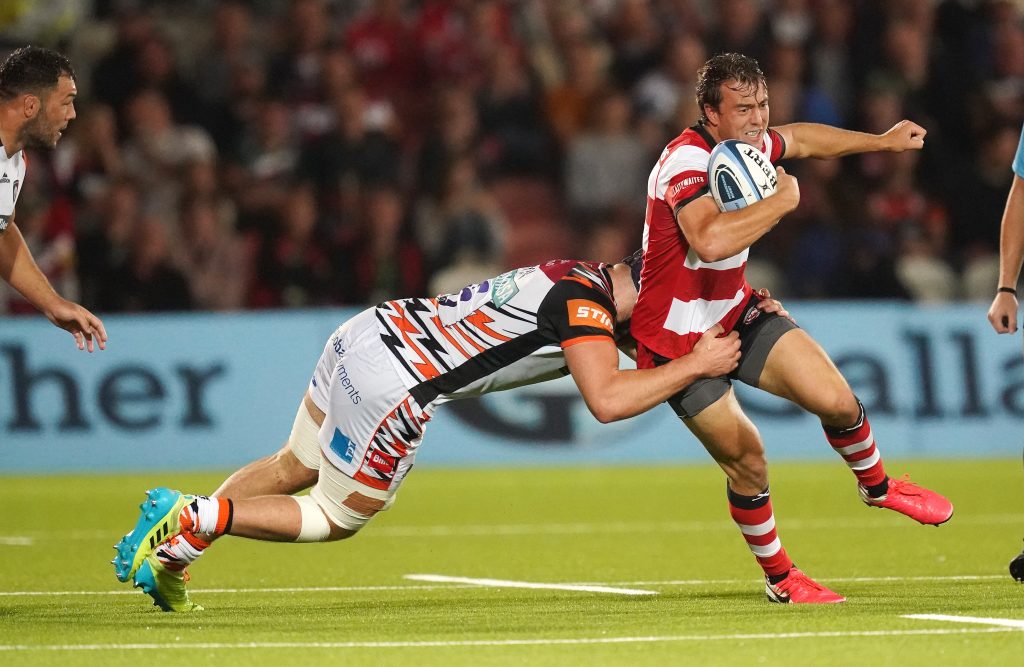 Fly-half Lloyd Evans booted two conversions, and Adam Hastings one, yet it was a second successive defeat for Gloucester following their reversal at Northampton last weekend.

Atkinson was Gloucester’s solitary change of personnel behind the scrum, slotting back into midfield and Tom Seabrook switching to wing duty instead of Jonny May, while starters up-front included former Leicester lock Ed Slater.

Leicester boss Steve Borthwick handed a first Tigers start to second-row forward Eli Snyman, and scrum-half Jack van Poortvliet started instead of England’s Ben Youngs, who was on the bench. 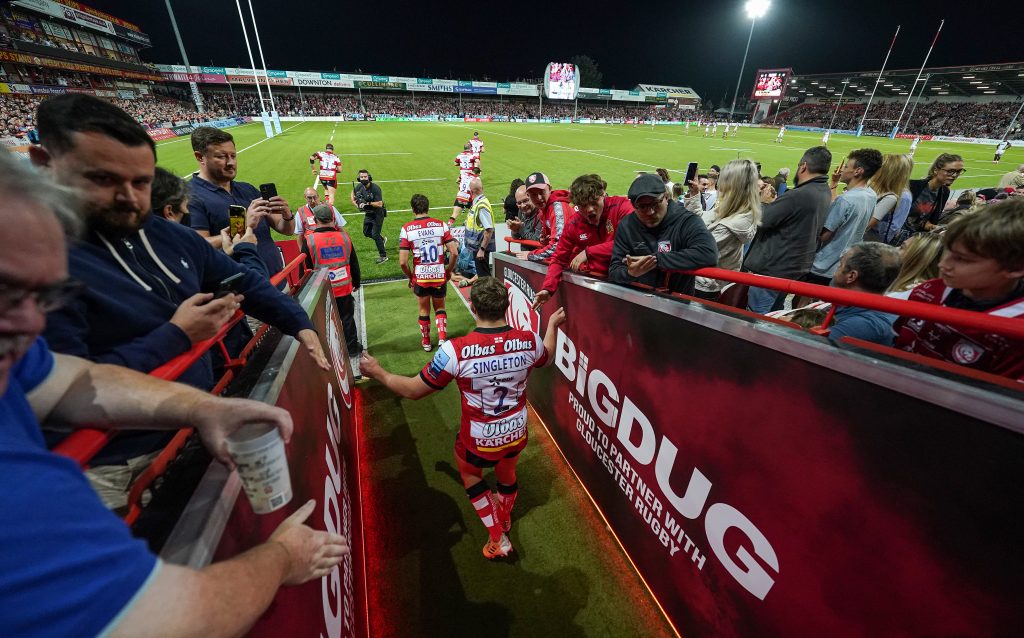 Ford was quickly into the action, kicking two penalties inside the opening six minutes that punished poor Gloucester discipline.

There was an impressive composure about Leicester, and they rocked Gloucester by scoring an opening try midway through a one-sided opening quarter.

The Tigers forwards made considerable headway inside Gloucester’s 22, and Wells claimed a close-range touchdown that Ford converted as Leicester rattled along at a point a minute.

Gloucester had to find a way into the game, and they delivered from their first notable attack after Leicester struggled to hold their main ball-carriers before Balmain claimed a try, converted by Evans. 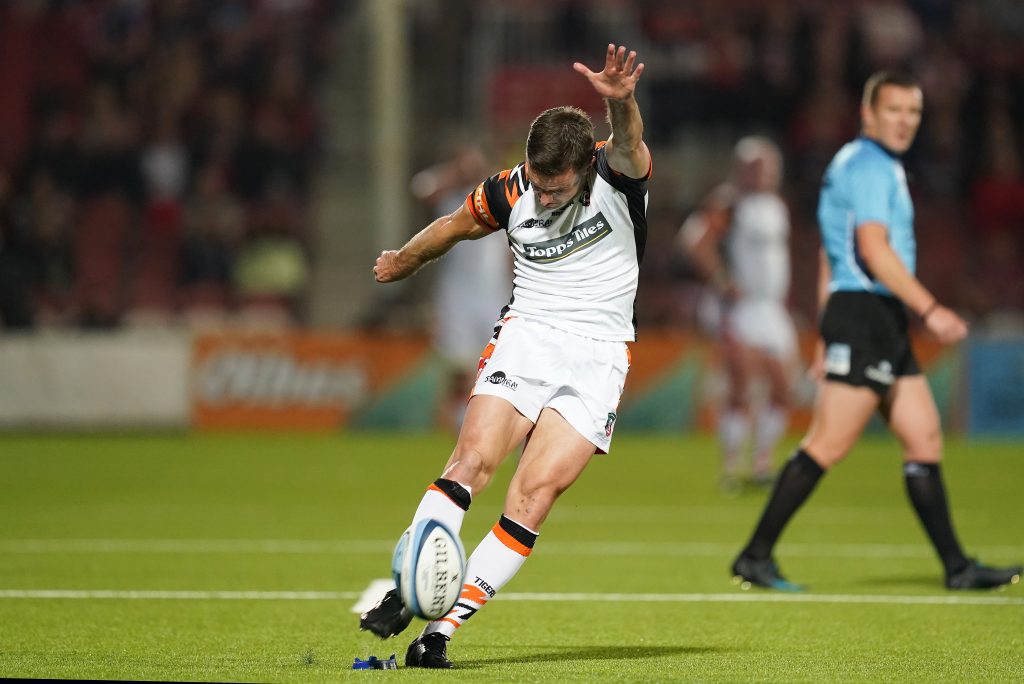 Leicester then freed the powerful Nemani Nadolo deep inside his own half, and he beat three Gloucester players on a rampaging run that almost resulted in a try for full-back Freddie Steward.

It required some frantic defence to keep the Tigers out, and home full-back Kyle Moyle received a yellow card for illegally stopping Tigers’ possession.

Leicester did not require a second invitation to make their temporary numerical advantage count, as Genge crashed over in the corner, making it 18-7. 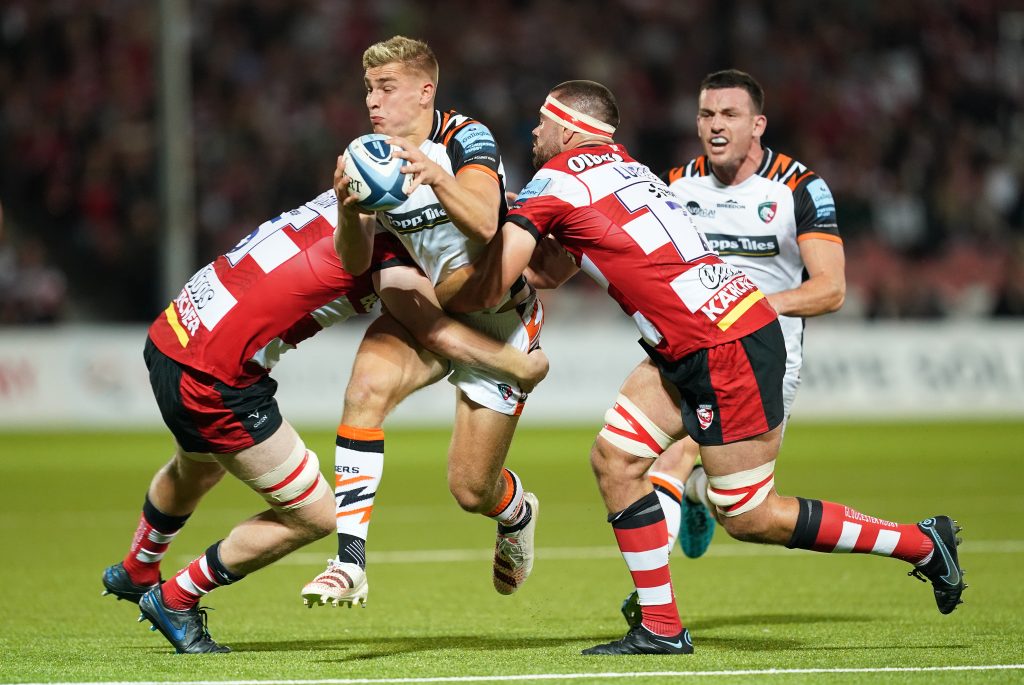 But Gloucester hit back before the break, scoring a second try after slick passing saw Ackermann go over unopposed and close an entertaining first half, although not before Ford sent a penalty kick wide at the third attempt after the ball twice fell off his kicking tee from 40 metres out.

Potter’s try put daylight between the teams, yet Gloucester kept plugging away and Atkinson sliced through Tigers’ defence for a try that Evans converted to set up an intriguing final quarter.

Ford’s third penalty calmed any Leicester nerves, then Dolly pounced for his third try in two games this term and the Tigers prevailed, despite seeing Ollie Chessum sin-binned late on and Gloucester claiming another converted try that secured two losing bonus points.