'He wants a massive pack of forwards that just wants to f*** everybody up. That's a legacy you can leave behind'

Collins: Hard Men of Rugby Next
Back
PRO 14

'He wants a massive pack of forwards that just wants to f*** everybody up. That's a legacy you can leave behind'

Ask Andries Ferreira about his driving force in life, the source of his hunger and the fuel for a career that has propelled him through five nations and seven clubs, and he takes you back to the little town of Despatch on South Africa’s Eastern Cape.

Over the past decade, the hulking lock has played as far south as Wellington and as far north as Edinburgh, where he recently signed a one-year contract. But he will never forget the roots of his toil, seeds sown by tragedy and love.

Ferreira was nine when his mother died in a car crash. His parents were separated by then. Father Kiewiet worked brutal hours on the Despatch railways for a modest purse. He gave everything he had to Ferreira and his sister, before he too passed away nine years ago. Seldom a day goes by when Ferreira does not think about Kiewiet, the influence of father on son still burns white-hot.

“We didn’t grow up as a fortunate family,” Ferreira tells RugbyPass. “I never got the chance to thank him for all the sacrifices he made to get me the opportunities I had. If I could change anything in the last nine years of my life, just to have had him at one of the big games, like the Super Rugby final in Johannesburg when I was playing for the Lions, that would have been amazing.”

Kiewiet’s routine was relentless, a never-ending hamster wheel of parenting, taxiing, cheerleading and grafting. Dad by day, manual labourer by night. Ferreira learned from him what it meant to be a father, what it took to put food on the table.

“He would work during the night, come home in the morning, take myself and my sister to school, go back and sleep, come back for us after school, then take me to athletics, be at rugby training and cricket training, and then drop us off at my grandparents’ and go back to work.

“We had to go on school tours and Craven Week provincial tours – he would be going all over town trying to raise money to get me to these camps. He sacrificed his sleep, his own life, not having a girlfriend or wife again, just putting all his efforts into work for myself and my sister.

“The older I got, the more I started realising what it was like. He could have had girlfriends or gone to party with his friends after work, but he said his whole life was me and my sister and he gave everything to us. That’s the way I want to be for my two little daughters as well.”

These days, the Kruger National Park is a favourite haunt for the Ferreira clan. The four of them – Andries, wife Inette, and their toddling daughters Miane and Lea – were deep in the reserve last month when his phone buzzed. Illuminating the screen was a message appeared from Pierre Schoeman, the Edinburgh prop who was several years his junior at high school in Pretoria.

Within a few weeks, Ferreira had swapped the sun-blistered dirt of Limpopo for a fog-swathed and freezing Murrayfield bowl. Not so much giraffes on the plains as gorillas in the mist.

South Africa clearly wanted me to stay! ? Unfortunately things don’t always work out as planned & you need to listen to your body!
Time will tell as to what the future holds, but as before, nothing will crush my spirits & I will remain positive and hopeful!?? pic.twitter.com/sVn2h81fEk

“I phoned Richard Cockerill and he asked if I’d be interested in coming over,” Ferreira says. “This might be, not the last chance, but with the way things are changing in world rugby, there are not as many opportunities for foreigners coming overseas as there were four or five years ago.

“I knew Cockers from when I was a medical joker at Toulon, he is such a driven and hard-working coach as well.

“All the South African players that are also here, I played with Jaco van der Walt, Nic Groom, Mike Willemse at the Lions, WP Nel was my first roommate at the Cheetahs in 2012 and I was Pierre’s senior at school. You’ve got something that you can connect to.

“The Scottish boys are also such nice guys, it’s so easy to settle in. Pierre said there are no egos, these guys are genuinely good guys and that’s how I found it as well.

“But the accents, a lot of them I don’t understand. Especially at the line-outs, they want to make it as quick as possible, but I’m like, boys, can you please just also make sure I understand what is going on. When Andrew Davidson starts going, I’m like, what’s the guy saying?”

For now, Ferreira is alone in Scotland, grilling an array of meats in the car park of the apartment complex in which Edinburgh have found him accommodation. Where, after all, would an Afrikaaner be without his braai?

Inette, Miane and Lea, will join him in early December and with their arrival, a great burden will lift from his shoulders.

Inette had little interest in rugby when the two started dating in their late teens, but she soon became an avid and ruthless spectator. Her living-room video analysis sessions make even the most rollicking Cockerill review feel like children’s television.

“She is quite full-on; she’ll hold me accountable so badly!” Ferreira guffaws. “In South Africa, if we get home after a game and she felt I played like s**t, she’ll put the game on and tell me, ‘Ok, why did you walk here? Why did you do this?’

No dream is too big. No challenge is too great.Nothing we want for our future is beyond our reach #flashbackfriday #genova #italy #travel #vacation #summer2014 pic.twitter.com/9vP33o0qY0

“I’m like, ‘I’m going to the video session on Monday and I’m going to get it all again – I don’t need it from you as well!’ But she is amazing, I must say. When we started dating, she is from Bloemfontein and she didn’t grow up in a sport-mad family, so she fell in love with it over the years.”

Beginning his senior career at the Cheetahs in 2012, Ferreira has had stints at the Lions, where he reached a Super Rugby final, and the Bulls, whom he has left for Edinburgh. In amongst that was a brief and unenjoyable spell at Zebre, an even briefer jaunt to the Hurricanes wrecked by injury, a season in Japan and an invigorating four-month joy-ride with Toulon.

It was in France where he was pitched in to a dressing room of titans, and where he first met Cockerill. Mourad Boudjellal hired the Englishman as a forwards specialist but, by the time the campaign was out, made Cockerill his third head coach of the season. The impatience and capriciousness of Boudjellal were a feature of Ferreira’s time on the Cote d’Azur.

“I phoned my wife the first day I got there and I said, ‘Listen here, I’m sitting with Ma’a Nonu, Drew Mitchell, Matt Giteau, Leigh Halfpenny, Juan Smith, Duane Vermeulen, Mathieu Bastareaud – all the stars of world rugby’,” he says.

“Then you play against Racing 92 and you’re playing against Dan Carter. That broadened my whole mindset and the way you see things, how you conduct yourself, that changed a lot as well after that four and a half months.

“The first meeting after I got there, we got into the team room, got coffee, and we saw Boudjellal coming in. They fired Diego Dominguez and they appointed Mike Ford. We had Mike Ford there for two or three months, in December Cockers came over and did the forwards coaching and the breakdowns, and just before I left to come back to South Africa, they fired Mike Ford as well and made Cockers head coach for the last six months.

“I always used to say that if you become a coach at Toulon, you’re actually not a coach, you are just a manager because you’ve got all the best players in the world, you just need to know how to manage them to get the best out of them. 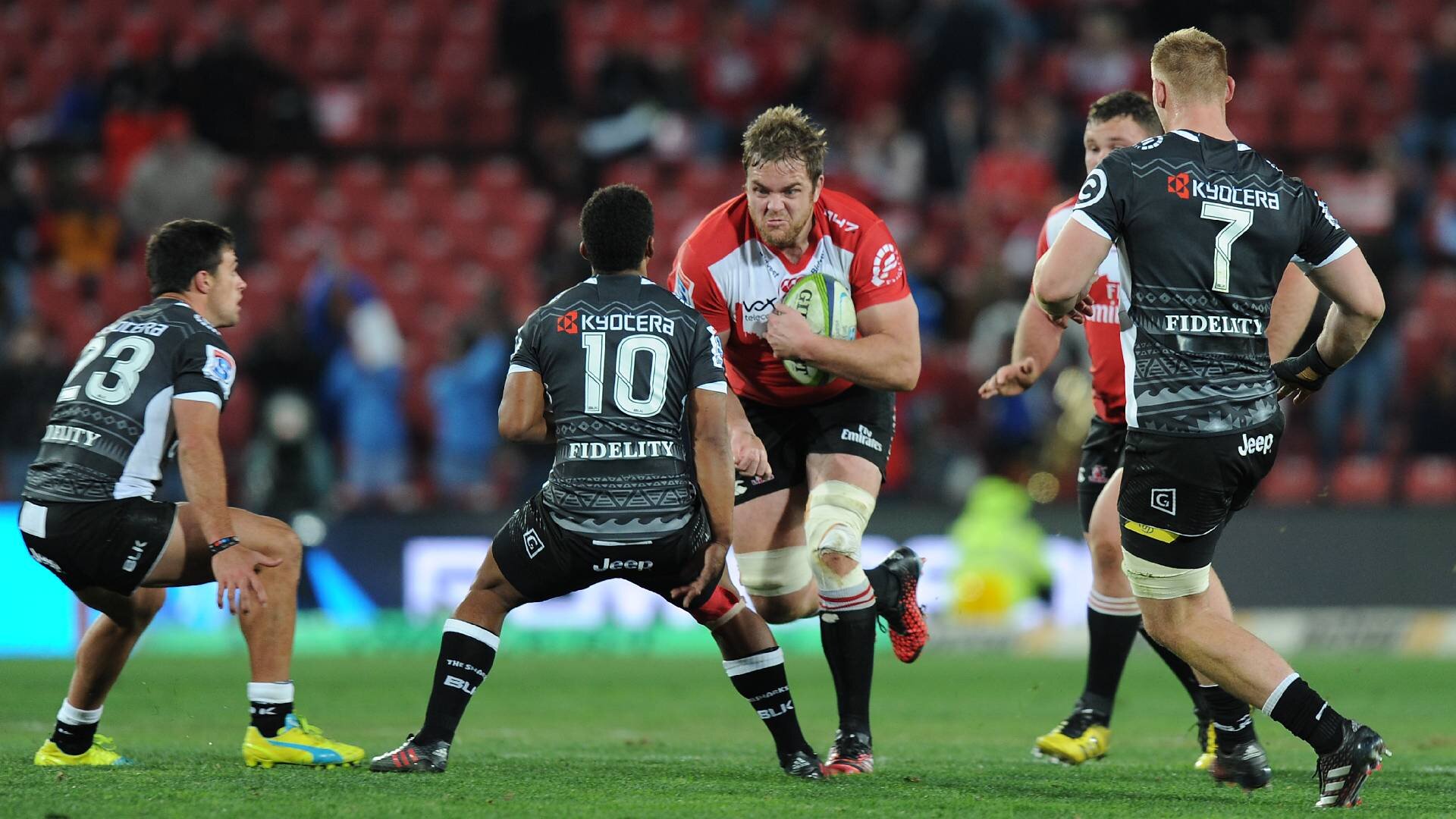 “He did an amazing job there to get the buy-in of Nonu, Bastareaud, Juan Lobbe and all those guys. He was hardcore, as he is now, but we have a much younger group than the group of mostly over-30s in Toulon. They weren’t smashing each other at training every day.”

Nothing is certain in rugby right now, not with the raging pandemic and the perilous financial state of the game.

But rather than another pit-stop on this long and meandering track, Ferreira yearns to make Edinburgh a lasting home. At 30, with a deal running until next summer, he needs to prove his worth to Cockerill and his Scottish Rugby paymasters while the big beasts are away on international duty.

“The first prize for me, I would really like to stay on here,” Ferreira says. “I’ve done the hard part now in coming over, getting to know everybody, learning new calls every day.

“And with the club being on the up, playing in play-offs last year, I would love to win something with them and help make it a really successful and feared club in Europe. That is the thinking that Cockers has.

“He wants Edinburgh to be one of the most feared teams. He wants a massive pack of forwards that just wants to f**k up everybody and I want to be part of that. That’s a legacy you can leave behind.”
Inside Ferreira, the legacy of Kiewiet remains as sharply defined as ever.

“In rugby, there is no easy patch,” he says. “There are always highs and lows, almost no in between. When life or your career gets to its lowest, you’re injured or not on the best form, I would love, love, love… couldn’t I just pick up the phone to him now? Couldn’t I find out what is going on and what he is saying? It didn’t matter if he knew a lot about rugby, it was someone you trust to speak your heart.”
From the Eastern Cape to Edinburgh, and from Pretoria to Parma, Ferreira’s nomadic voyage is fixed in devotion.

Get behind Andries Ferreira and Edinburgh Rugby with a Castle Club or Castle Club Juniors Membership.

Benefits range from priority access to match tickets at a preferential rate, access to exclusive virtual content, as well as a bespoke Edinburgh Rugby face covering.
Head to edinburghrugby.org for more information.