Don't be seduced by the Calcutta Cup second half, it masks Scotland's grim failings

Will Carling defends Owen Farrell Next
Back
Six Nations

Don't be seduced by the Calcutta Cup second half, it masks Scotland's grim failings

The danger when reviewing Scotland’s Six Nations championship is that the dizzying second half at Twickenham erases the horror of the first and the grim failings that came before it. In the opening half-hour in London, England rampaged through what vaguely passed for a Scottish line as though rushing at tackle bags and Scotland flapped about defensively with the coordination of blind pigeons.

It was mortifying stuff, a rugby apocalypse on steroids. Quite how Scotland could become so fabulous after capitulating so quickly and flat-lining so meekly is hard to fathom. It is also rather a fitting metaphor for a campaign that delivered the spectacular and the maddening, and ended on that most bizarre wave of pride and disappointment.

Scotland shipped 17 tries this tournament, the most they have conceded in a Six Nations for 14 years. Given that period encompasses some of the darkest campaigns and most hideous days in Scottish rugby history – 51-3 in Cardiff, 61-21 at Twickenham, a 37-17 Murrayfield hosing by Italy – that’s a desperate statistic.

Too often, the Scottish line has been punctured. Too many times, poor decisions have been made and punished, a player rushing up too far, a man biting in when he should stay wide, a one-on-one tackle missed. 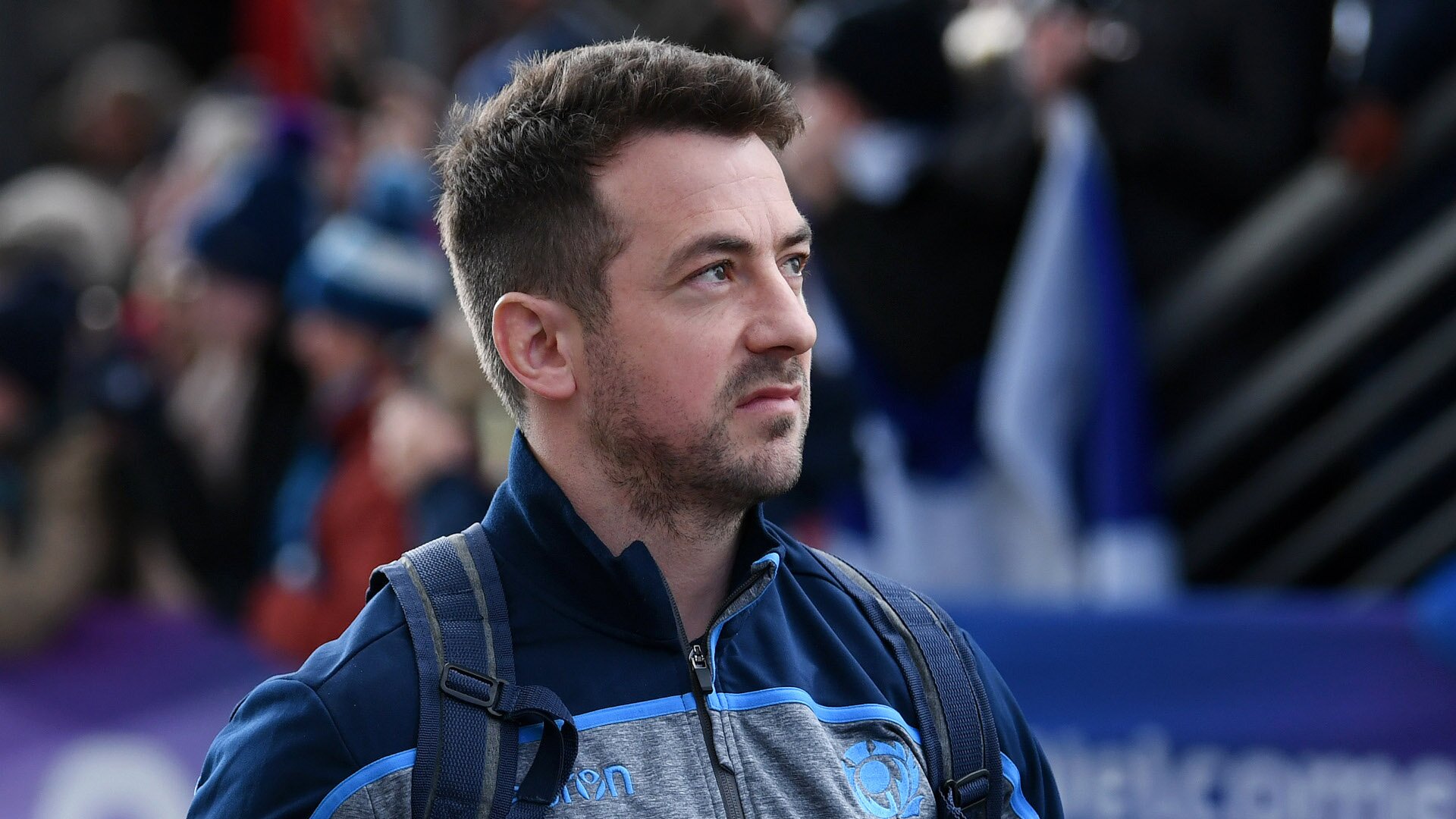 Greig Laidlaw was dropped to the bench (Getty Images)

On Saturday, England’s four first-half tries were comically easy, like watching ants trying to fell a herd of stampeding elephants. Wales made five visits to the Scottish 22 at Murrayfield, left with points three times and struck the post with a penalty on a fourth. France made 17 line-breaks in Paris. Ireland were hardly flying on their trip to Edinburgh but canny enough to score three tries and smother their way to a win. Even Italy, sickness-ridden and a pale shadow of the team they became later in the tournament, ran in a late treble of scores against the Scots.

Gregor Townsend spoke at Twickenham about individuals lurching out of alignment rather than trusting the system. There was ferocious second-half tackling that almost – almost – closed out the most astonishing of victories. The hope is that with more time in the saddle for his rookie Test backs, these mistakes will diminish, but in the present, Scotland’s defensive record makes for painful – and unacceptable – reading.

Any team, let alone one with only two pro-sides to draw upon, would struggle with the kind of body count Scotland had to manage.

So much prime cattle on the sidelines. A pre-tournament injury list of 20 and with each passing round, another big player added to the heap of invalids. John Barclay, their captain, missed the entire tournament. So did Duncan Taylor, Mark Bennett, Matt Scott and Richie Gray. Hamish Watson started one game, Stuart Hogg, Ryan Wilson, Sam Skinner and Huw Jones two, and Sean Maitland and WP Nel three. Tommy Seymour, Blair Kinghorn and Jamie Ritchie were all crocked for the Twickenham fiasco. 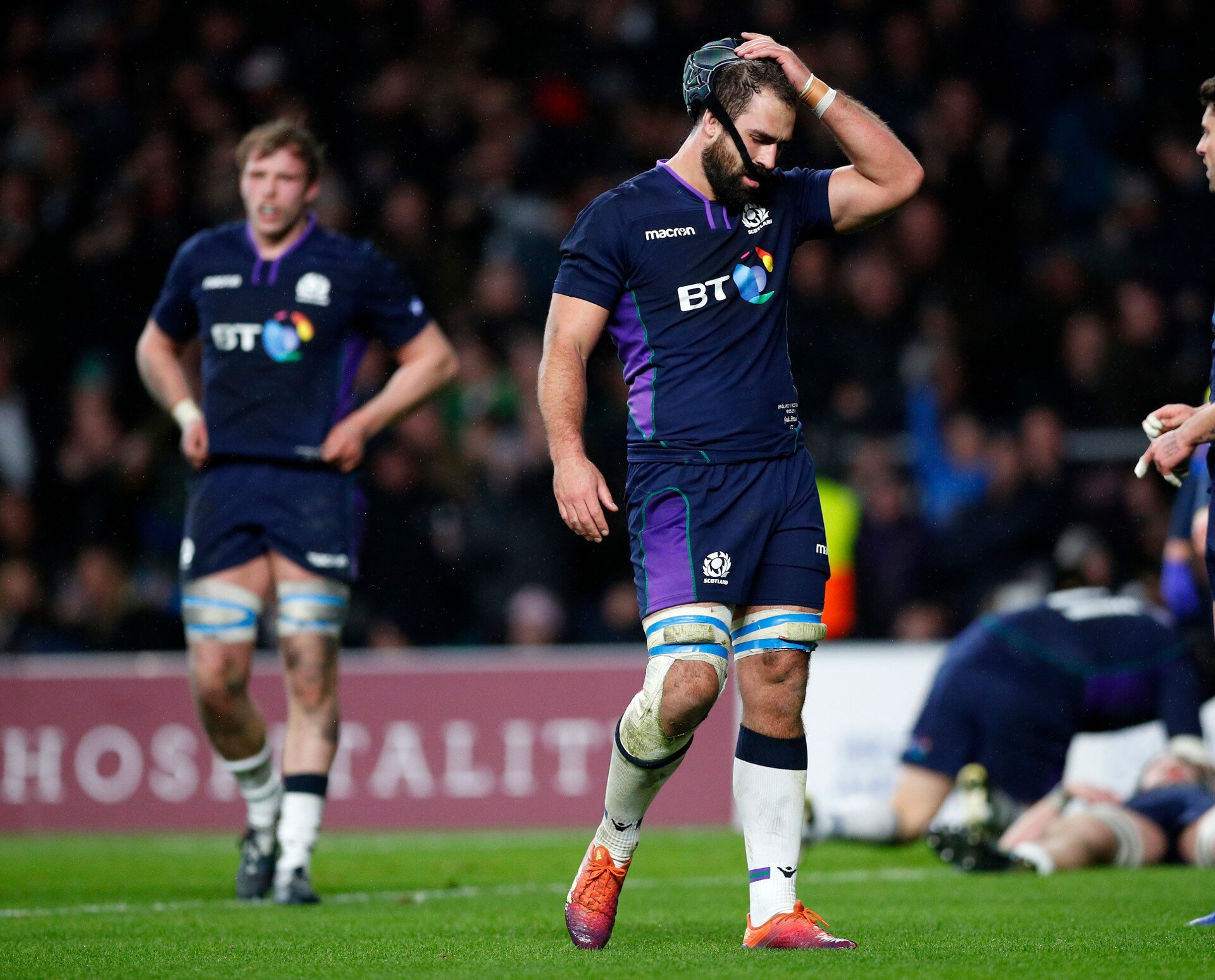 That’s heinously bad fortune, but it has opened the door to burgeoning talent.

Ritchie, Edinburgh’s snarling flanker, seized his opportunity. If he can replicate the kind of barnstorming surges seen at Twickenham, Magnus Bradbury could become the ball-carrying behemoth Scotland are crying out for.

Sam Johnson has been a stupendous addition in midfield with his guile, handling and defensive ferocity. He had a particularly sore opening in London but recovered spectacularly, lacerating England’s line, bamboozling and then detonating the covering defence en route to a try for the ages. That’s the sort of resilience and ruthlessness Scotland need.

And in Darcy Graham, what a turbo-charged star Townsend has on his hands. Felling this fearless little bloke is like trying to tackle a tornado. Graham’s Hawick origins are also important. There’s something unique in the make-up of the Borderer, an almost intangible grit and nastiness and menace that tends to produce particularly unflinching rugby players.

Scotland’s great rugby heartland has withered with the onset of the professional game, but Graham is a beacon of encouragement to the next generation and at a time where roughly half of his team-mates at Twickenham learned their rugby outside of Scotland, an apt reminder of the talent emerging at home.

Scotland made more metres with ball in hand than any other team this championship. Leaving aside that bonkers evening at Twickenham, they scored only eight tries from their glut of yards, averaging a little better than one try per 11 minutes of attacking ball. 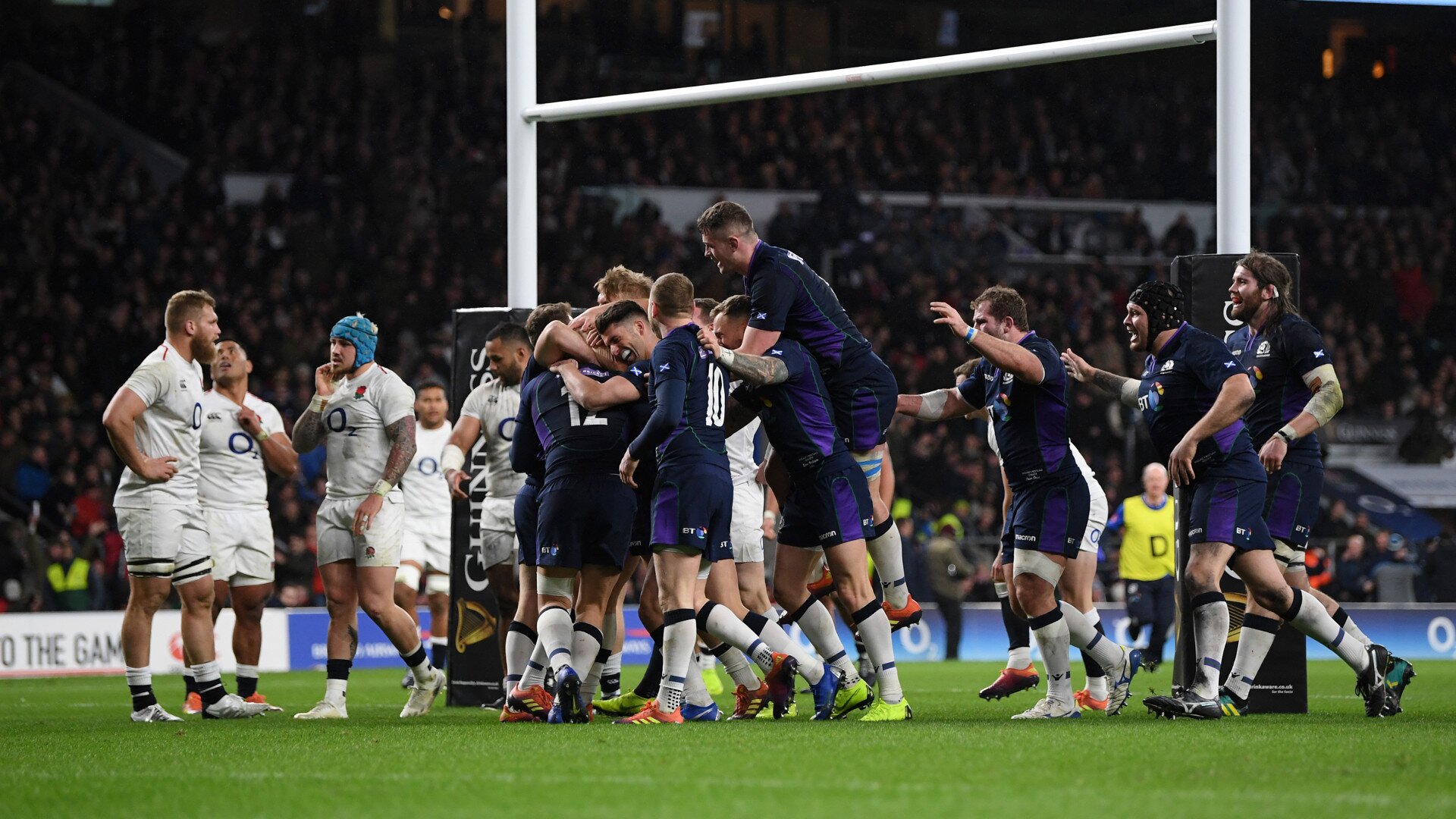 There have been tear-your-hair-out moments of criminal butchery. Dropped passes, blown overlaps, silly infringements. Their error count against Ireland was grotesque, meaning they didn’t make it into the away 22 once after half-time. They had the ball in the French red zone 11 times in Paris but left with points only twice. They weren’t cute or ruthless enough to put Wales away. Despite laying siege to the champions’ line, deep down, you struggled to convince yourself they were going to breach it, much less hold on to any winning position.

Their 14-try tournament haul is as high as they have mustered in the Six Nations – it’s all very well tossing away the shackles when 31-7 down, but Scotland have the ominous look of a team who continually let their opponents scramble to safety when they have a foot on their throats.

The exasperating thing is that when they get it right, Scotland are wondrously – often outrageously – brilliant to watch.

Their first-phase howitzer against Wales. Finn Russell’s glorious cross-kick for Kinghorn against Italy, a try and a game that seems a lifetime ago now. Any of their six Calcutta Cup tries were worthy of the All Blacks and – barring a madcap Barbarians game – their 38-point haul is the highest score an away side has posted at Twickenham since South Africa walloped England 11 years ago. These were delicious, firecracker tries, but they count for little in defeat.

How Scotland have longed for a play-maker of Russell’s calibre, a man talented enough to bamboozle any defence in the game and fearless enough to trust his skills when it matters most.

Russell is a world-class pivot and his brilliance is growing at Racing 92. The maverick streak remains but the hair-brained errors that often accompanied it have been in short supply. 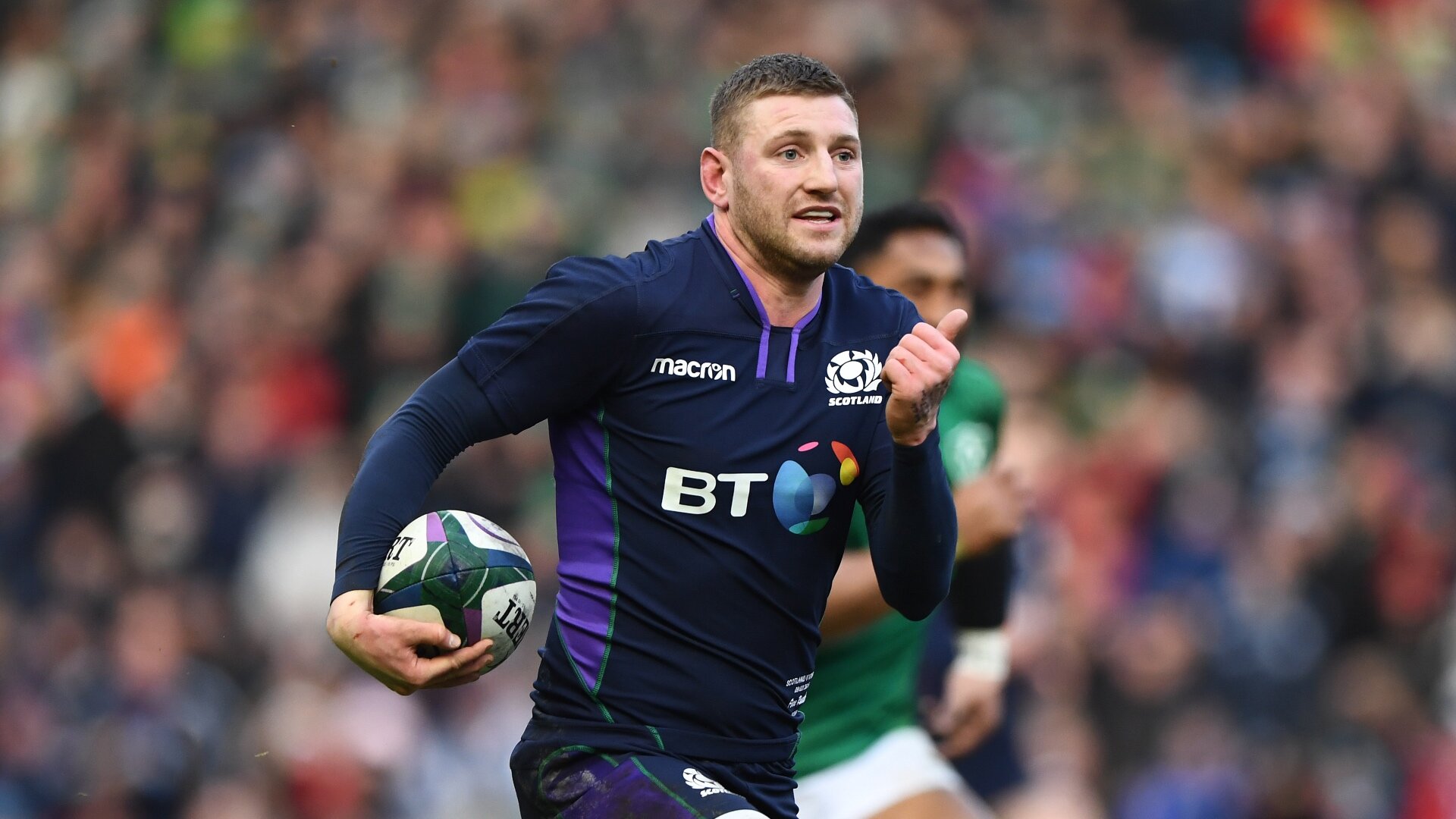 Of Scotland’s 14 championship tries, Russell scored one, put team-mates in for four others with passes or kicks and his fingerprints were evident on five more.

His importance cannot be understated. Of all the 60-plus players Townsend has selected, and those he will hope to cap before the World Cup, Russell is the one he can least afford to lose.

You still can’t hang your hat on this team to slay the big beasts of the championship, even less so on the road. Scotland last won in Cardiff in 2002, in Paris 20 years ago, in Dublin in 2010 and, of course, at Twickenham in 1983, a time when none of the current squad had drawn breath and Townsend had just turned 10. In 40 away Tests against Wales, Ireland, England and France since the Five Nations became six, Scotland have won two and drawn one. 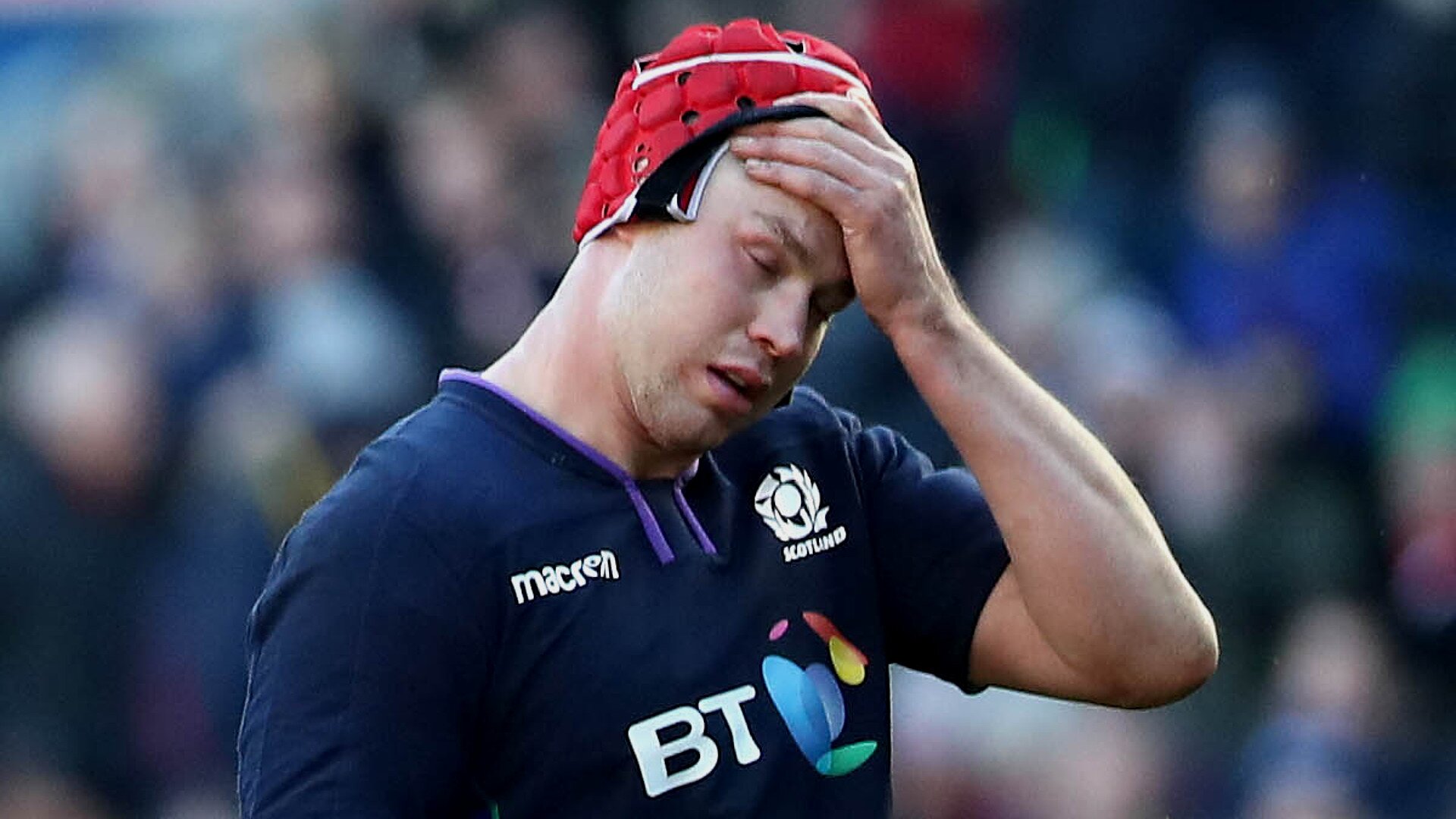 It’s a pitiful return. You can’t be as inconsistent and infuriating as Scotland – with your top players or without them – and expect to announce yourselves as title contenders.

Scotland didn’t have an Alun Wyn Jones or a Peter O’Mahony this year, a standard-setting colossus who inspired those around them. John Barclay can be that man, but at 32, after almost a year on the sidelines, he will not be around forever.

Townsend will have learned plenty about his team and the state it is in six months from Japan. He will be deeply heartened by their flair and their character in London and deeply troubled by much else. The hope is that the heavy-hitters – the Hoggs, the Barclays, the Joneses – are revving again come September, and the prayer that Russell comes through the tail-end of a bruising Top 14 season unscathed. The jaw-dropping finale might paper over a crack or two, but the reality is that Scotland still have a long way to go.