Hamish Watson is a tough-tackling, stocky flanker who plays at both club and country level. A fan-favourite, he has two nicknames ‘The Mish’ and ‘Pinball’ - with the latter referencing his quirky running style in which he often tends to bounce off other players.

Despite being born in Manchester in October 1991, Hamish Watson qualifies to play for Scotland through his Glaswegian grandparents. He started his rugby career at a young age at school playing for Terra Nova and Oakham School before joining the Leicester Tigers Academy.

Following this he joined Edinburgh Rugby’s ‘elite development programme’ in 2011 and had short spells with amateur sides Wilmslow and Edinburgh Academicals. He soon started playing for the senior side and since making his PRO14 debut has remained with Edinburgh and to date has made over 100 appearances. A consistently strong and relentless performer for the capital club, he has now committed his future to Edinburgh by recently signing a new long-term contract.

Although he had previously played for the Scotland Sevens in 2011, Hamish Watson’s first call up to the Scotland national side came in 2015 when he was selected for the Six Nations squad for that year’s Championship. He made his debut in the home defeat to Italy and has been a regular on Scotland’s team sheet ever since – earning many Man-of-the-Match awards along the way. His first try for Scotland came in the 2016 Autumn Internationals against Georgia.

A recent fine run of form – including an impressive ‘Player of the Championship’ win in the 2021 Six Nations – has subsequently seen Hamish Watson earn a call up by Warren Gatland for the upcoming British & Irish Lions 2021 tour to South Africa. 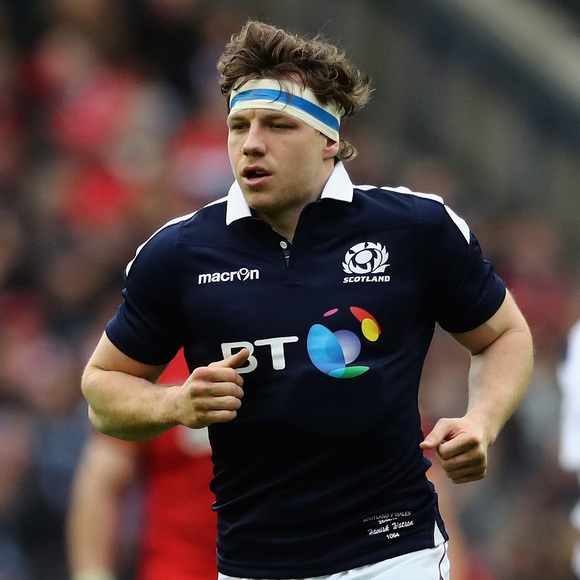 International Rugby 'It was a bit frustrating, I'm not going to lie' - Hamish Watson

The flanker will reach the landmark in Salta on Saturday night as Scotland take on Argentina looking to level their summer Test series.

Gregor Townsend is confident that key man Hamish Watson will only miss one of the three summer Tests against Argentina after the Edinburgh flanker was left out of this Saturday’s clash in San Salvador de Jujuy.