The Tigers’ last league win on Bath soil came in March 2011 but fly-half George Ford’s five penalties and a try by centre Matias Moroni looked to be enough.

Bath wing Will Muir scored his second try two minutes from time, though, and scrum-half Spencer stepped up to land the touchline conversion and thwart Leicester.

Muir touched down early in the action and there was also a try for replacement flanker Miles Reid, with Spencer kicking three conversions.

Leicester had dominant spells based on strong forward foundations, with England prop Ellis Genge shining at the set-piece and in the loose and South African number eight Jasper Wiese hitting hard in attack and defence.

But they could not put Bath away and the home side showed strong resilience to ultimately edge an intense contest that was highlighted by a man-of-the match performance from home number eight Zach Mercer. 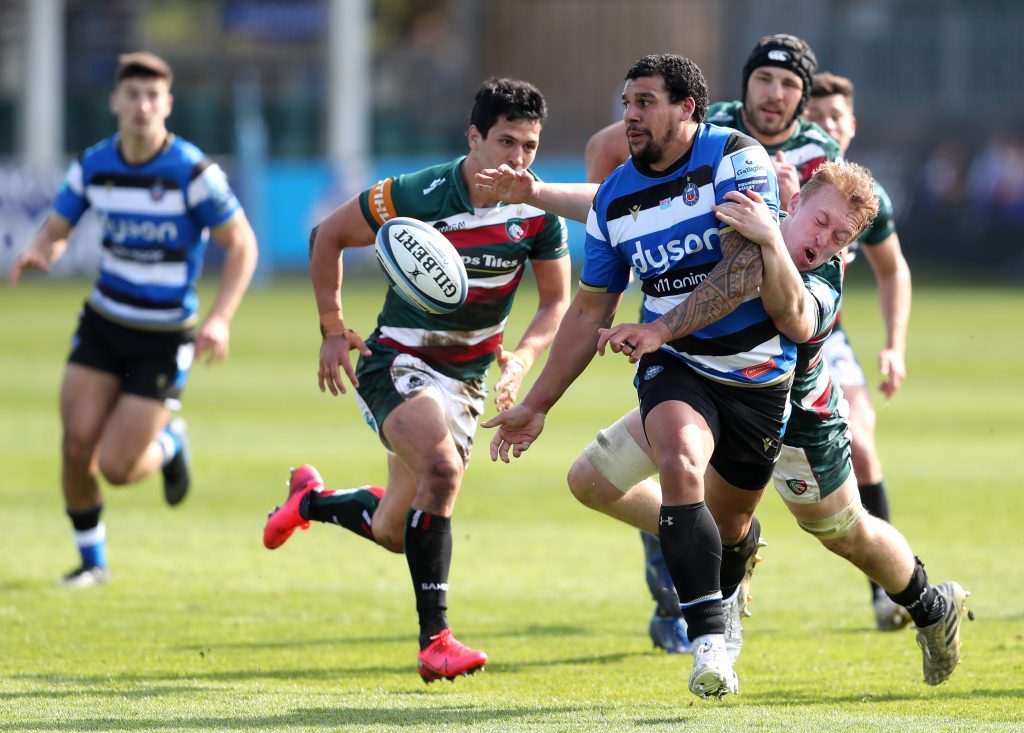 Bath made the early running, going through phase after phase in an attempt to knock Leicester out of their stride, but Tigers took a 12th-minute lead through an angled Ford penalty.

It was against the run of play, yet Leicester continued to grow into the game and Ford kicked a long-range penalty after Bath lost their England centre Jonathan Joseph through injury.

But the home side regrouped strongly and they ahead after Joseph’s fellow England international Anthony Watson counter-attacked from inside his own half. Bath kept the momentum going following Watson’s adventure and Muir crossed wide out before Spencer converted from the touchline. 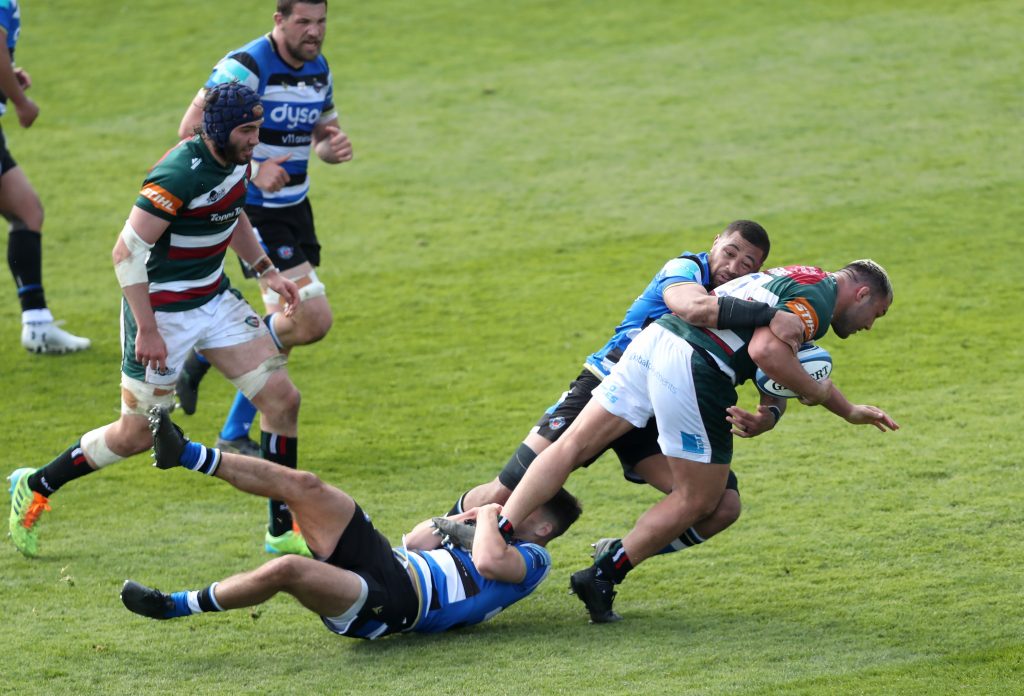 Leicester were back on the front foot as half-time approached, helped considerably by wing Kini Murimurivalu’s strong running, and Ford put Tigers back in front when he completed his penalty hat-trick.

Bath pressed for a second try as the opening 40 minutes drew to a close, but they sacrificed a kickable penalty and Leicester preserved a 9-7 interval advantage.

And the Tigers increased their lead within five minutes of the restart after Bath failed to deal with a spiralling Ford kick. Watson could not get near it and Leicester quickly recycled possession before Murimurivalu delivered a scoring pass to Moroni. 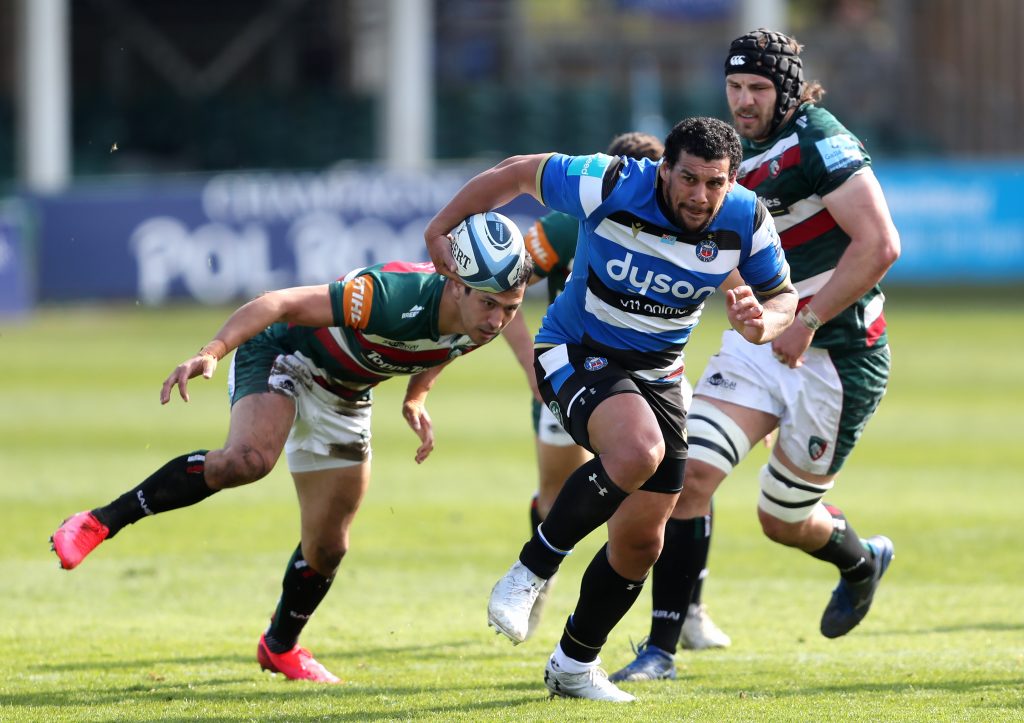 Ford missed the conversion but Leicester were good value for their lead midway through a third quarter that they dominated in terms of territory, while questions were being asked of Bath around the attacking fringes.

And when Bath asked defensive questions, Leicester were up to the task by snuffing out danger after Taulupe Faletau, who had earlier received treatment for a shoulder knock, intercepted a Ford pass and found Mercer in support.

A fourth Ford penalty gave Leicester what appeared to be some breathing space, but Bath hit back 13 minutes from time following concerted pressure that ended with Reid claiming a close-range touchdown. 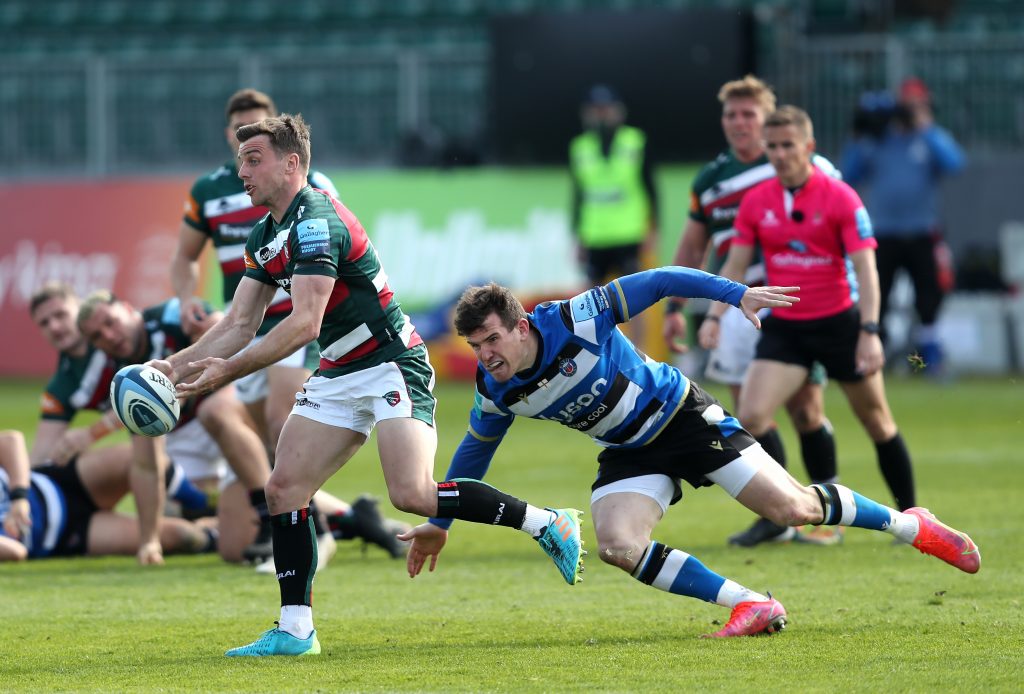 Spencer’s conversion brought the home side back to just three points behind, setting up a tense finale.

Ford kicked a fifth successful penalty, which seemed enough to see Leicester over the finishing line, but Muir and Spencer then struck.