Fijian utility back Josh Matavesi is set to curtail his stint in the Greene King IPA Championship with Newcastle Falcons with a move to the Premiership with Bath. 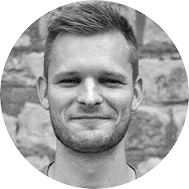 Northampton Saints have confirmed the signing of Joel Matavesi on a short-term deal, while also releasing Dani Long-Martinez from his contract early.

'It's an honour when I play with him, but against Bristol all bets are off' - Matavesi rates Radradra 'best in the world'