People will say the chaotic scenes at the end of Bristol’s win over Leicester are bad for rugby but I can only see one rule change that would improve things.

I think the TMO should have the ability to rule on anything that happens on the last play of the game, similar to what happens in the NFL in a way, because there’s no way the ball was out of the scrum when Andy Uren intervened at the end.

Other than that, referee Ian Tempest handled everything admirably and I think his explanation of the furore surrounding whether John Afoa had to come back on or not would’ve made sense to the casual viewer on terrestrial television.

Steve Borthwick and Pat Lam will probably both have regrets over their conduct in the heat of the moment, with Borthwick calling Lam a liar and Lam suggesting that if Afoa were to get injured it’d be the referee’s fault. That was particularly out of order. 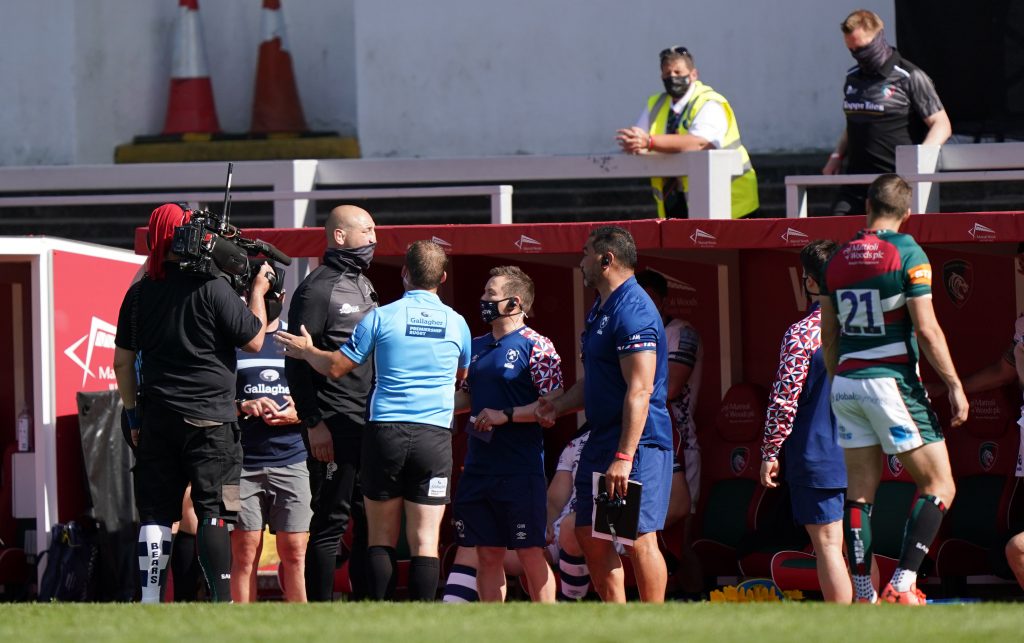 If we take everything that was said at face value, then it does highlight the importance of getting your admin in order as a club. Afoa had to come back on because his substitution at half-time was noted down by the team manager as tactical rather than an injury.

The former All Black didn’t play against Sale last week because he had a tight hamstring and wasn’t due to start this game until Kyle Sinckler pulled out so it’s an understandable explanation but I don’t think his age should come into it and you have to tick the right box.

Rules are rules and Tempest applied them correctly, as you’d expect. Borthwick clearly thought Lam and Bristol were trying to pull a fast one but, in hindsight, he might have shot himself in the foot by getting hot under the collar.

If he’d just let things play out and for Bristol to insist that Afoa was injured, then Leicester would’ve been up against 13 men instead of 14 with an uncontested scrum ahead of that last play of the game.

Of course, Tigers are all about their forward power game at the moment and might have opted for a driving lineout but the best chance of winning the game should have been to back your full backline to score against the opposition’s five men. That rule was changed not a million years ago to ensure that teams wouldn’t be able to gain an advantage from taking a prop off, saying he was injured and going to uncontested scrums.

Bristol had conceded no fewer than seven scrum penalties in the match so you can see why Borthwick was concerned the opposition were trying to gain an unfair advantage and wanted to push home with his team’s dominance in that area but he should’ve listened to the referee and backed his backs.

Hopefully it won’t end up costing Leicester when it comes to Champions Cup qualification and I think with London Irish having to travel to the Bears next week, Tigers may have enough to finish in the top eight even if they lose to Wasps.

Afoa celebrating like he did in the face of Richard Wigglesworth, sparking a bit of a brawl, did make for an unedifying conclusion but it’ll certainly add a bit of spice to the Leicester v Bristol fixtures next season and beyond.

We don’t want to see coaches calling each other liars or the integrity of individuals or the sport being called into question but drama like that does get everyone talking and I don’t think it was a bad advert for rugby.