What happened to Jack McGrath?

Tigers statement: CEO stands down Next
Back
Internationals

The 2017 Test Lion that selectors went cold on: what happened to Jack McGrath?

It was not an easy move to make. After nine seasons with his home province, Jack McGrath took the difficult decision to leave behind everything he knew for a fresh challenge at Ulster. It was a move that would bring him away from one of the most impressive set-ups in club rugby, and an almost guaranteed stream of medals and trophies.

But McGrath wanted more. As the sun set on his 20s, he feared his career was on the slide. Once heralded as the natural successor to Cian Healy, who is almost exactly two years his senior, the balance of power had long since emphatically swung back in Healy’s favour.

And so as Leinster capped off the 2018/19 season as Guinness Pro14 champions and Heineken Champions Cup runners-up, McGrath packed his bags and headed to Ulster, a team whose last trophy arrived in 2006.

It was a move that would have seemed unimaginable just a few years previously.

In 2017, McGrath appeared to be at the peak of his powers. He had been Ireland’s first-choice loosehead for a number of seasons, and was named on the bench for all three Tests during the British and Irish Lions tour of New Zealand that summer. Yet from that point, his form and position in the pecking order with both Ireland and Leinster, would slip.

The reason for this was as much down to Healy as it was McGrath. While McGrath had managed to reach a certain level of consistent, reliable performance between 2015-2017, he didn’t quite take his game to the next level.

Joe Schmidt’s Ireland had become a more dynamic unit, where forwards were encouraged to contribute in attack and get around the pitch more. Cian Healy clearly fit the bill better.

Healy’s renaissance had been remarkable.

After bursting onto the scene and establishing himself as a genuinely world class talent, in 2015, Healy had signed off on the insurance papers that would signal the end of his pro career. Surgery on a disk in his neck had left him unable to move his right hand.

He held off on posting those retirement papers, and eventually regained some feeling in his hand. Not only did he return to rugby, he came back fitter than ever before, having cut a considerable amount of weight and put an onus on improving his general cardiovascular fitness.

He gradually pushed McGrath out of the starting team at Leinster before doing the same at international level. By the time the 2018 Six Nations had rolled around, Cian Healy had once again cemented his place as Ireland’s premier loosehead, starting four of Ireland’s five fixtures. McGrath’s only start came against Italy. It was an exact reversal of how Schmidt favoured his two looseheads in the 2017 Six Nations.

It could have been just another twist in the long-running Healy versus McGrath battle, but instead it proved the decisive blow. Not only was Healy the undoubted first choice again, McGrath found himself facing real competition for a spot on the bench at Leinster, with his struggle for form hampered by injury issues. 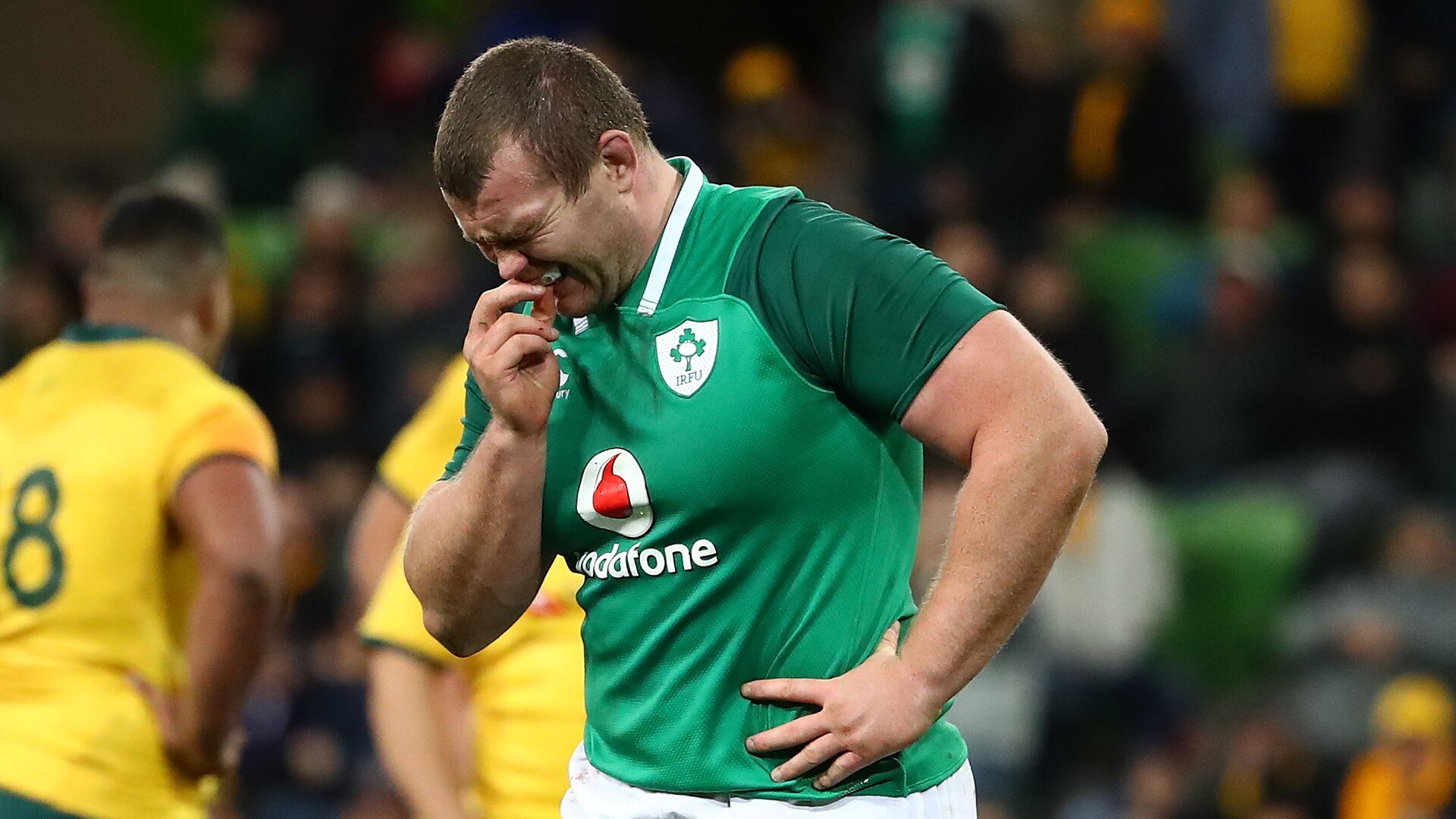 In the 2018-19 season, he made just 12 appearances for Leinster, his lowest return since the 2010-11 campaign. He encountered a similar problem with Ireland as Munster’s Dave Kilcoyne began to play some of the best rugby of his career.

The timing couldn’t have been worse. McGrath featured just once in the 2019 Six Nations before playing twice in the World Cup warm-ups. When Schmidt announced his final World Cup squad, McGrath’s name was nowhere to be seen.

He is believed to have pushed for a move away from Leinster, and his switch to Ulster was confirmed in April of last year. At the time, McGrath said he was his optimistic about his future.

“This was a difficult decision but one I believe will put me in the best position to continue to perform at the top end of the game,” he said. “I have enjoyed a huge amount of success at Leinster but I feel that looking beyond the World Cup to the next phase of my career I will benefit from the opportunity within the Ulster environment.” 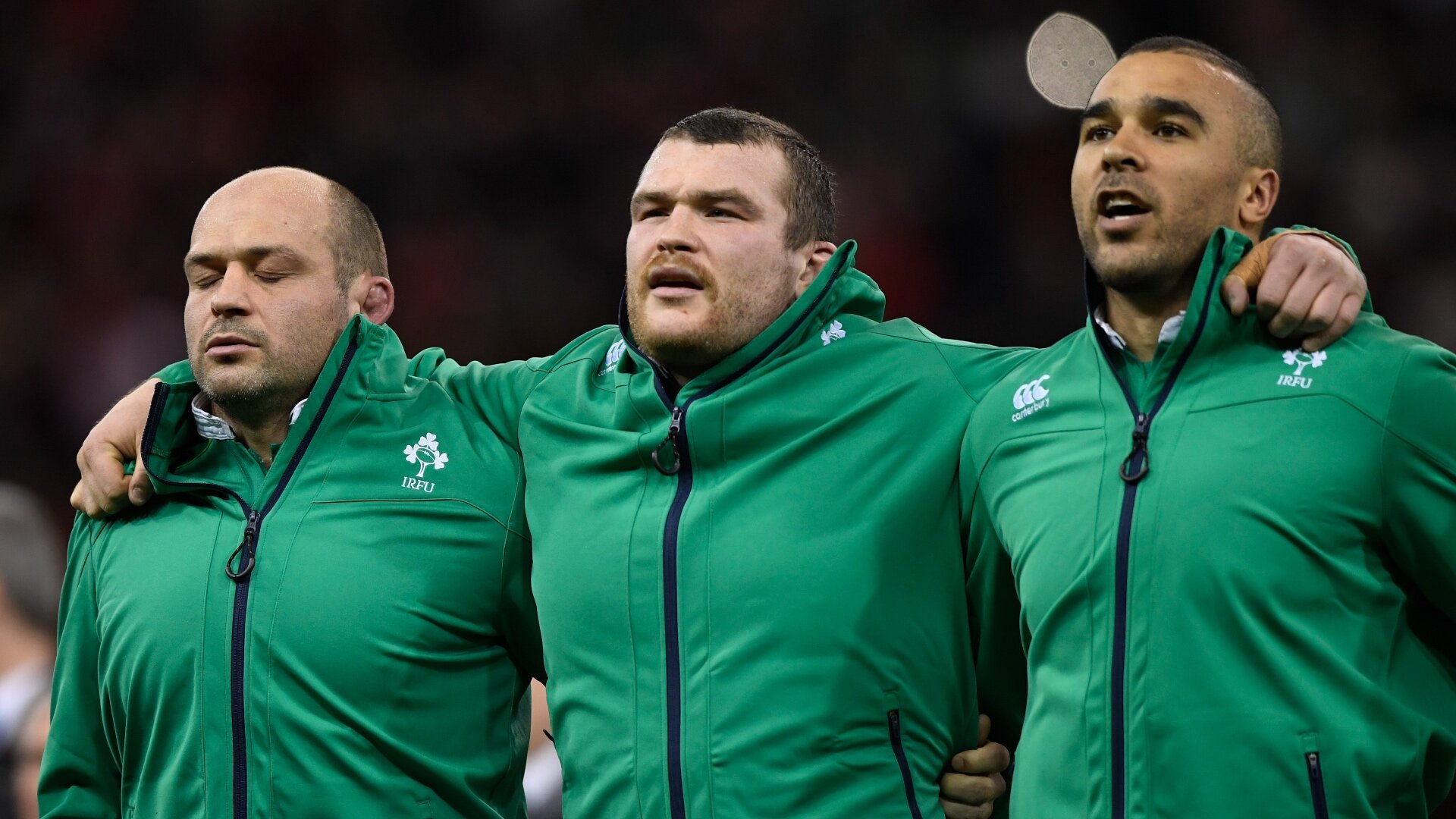 His chances of resurrecting his international career appeared slim when Andy Farrell, who succeeded Joe Schmidt as Ireland head coach following the World Cup, gathered 45 players for a mid-season get-together a few days before Christmas. McGrath and Rob Kearney were two of the more high-profile absentees.

However, McGrath was back in the mix when Farrell named his squad for this year’s Six Nations. Farrell continued to favour Healy, with Kilcoyne on the bench, before the tournament was suspended as a result of the coronavirus outbreak.

The question now, is what happens next?

This season was arguably a make-or-break opportunity for McGrath to inject some fresh life into his career, but he only got 10 games under his belt before the season was suspended. If the rugby calendar does return to some sort of normality, McGrath will be 31 come the 2021 Six Nations.

At that point you would expect that Farrell will be looking at younger talent with one eye on the 2023 Rugby World Cup. By that stage, it may be too late for Jack McGrath to force his way back to the top.