Super Rugby Power Rankings: The Humiliation of the Sunwolves

The Chiefs needed the break, and will be sweating on the fitness of Charlie Ngatai this week ahead of a must-watch top of the conference showdown with the Canes. Power Rankings stat of the week: the Chiefs have faced the Hurricanes 6 times following a bye week, and have lost 5 of those matches.

When the Hurricanes click they are a beautiful thing. And when Beauden Barrett clicks it is the most beautiful thing. Barrett was at his best for the Canes in Melbourne, scoring twice and leading all runners in the match, as the Hurricanes made things happen in typically Hurricane ways, ie. from anywhere and everywhere. The outside backs and loose forwards scored tries, Barrett ran as often as he could, and the set piece had a 100% night at the office. I can’t wait for the Canes fans to start talking championships.

Israel Dagg’s tongue was the star of the show for the Crusaders as it flopped out of his mouth every time he made one of his  trademark incisions into the Crusaders’ backline. The transition was on fire for the home side this week, who seemed to capitalise on most of the 25 turnovers the Jaguares handed them.

Start your free trial of RugbyPass today and watch all this weekend’s games live, on demand and in HD on your TV, PC, Phone and Tablet.

While Dagg gets most of the headlines, it would be fair to say this was one of the best performances of the season from Kieran Read too. The Crusaders weren’t perfect – their own turnover and missed tackle count would not have pleased the coaches – but their stars are shining, and they are winning well. 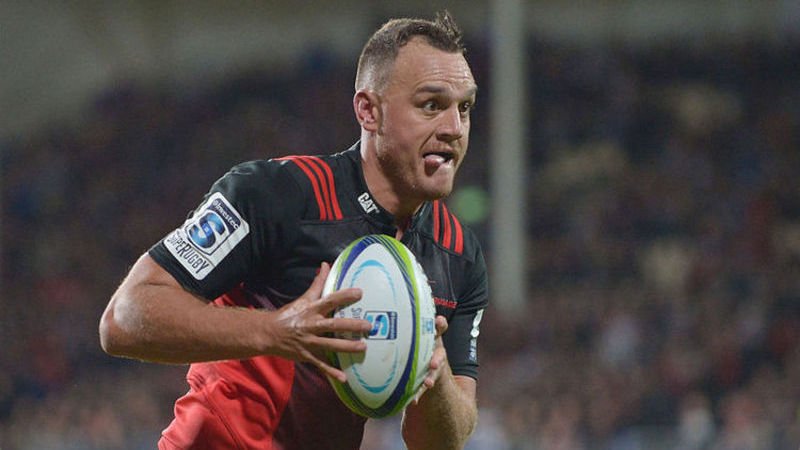 I still love this team. They may have only scored two tries this week but they played like they were trying to score ten more, and that’s what’s so admirable about the Lions. Jaco Kriel and Warren Whiteley were the best loosies on the park, which is pretty much standard practice these days.

The Highlanders sure needed a break after clowning it against the Reds last week. Unfortunately they are coached by Jamie Joseph so they probably got just a couple of days to hunt pigs, kill deer and dive for kai moana before being hauled back to Logan Park for a good old-fashioned thrashing. Even the defending champions are allowed to hit a speed bump, but they’ll be ready to take full toll this week on a Sharks team that made a million tackles against the Blues.

The Bulls are the Crusaders of South Africa, just cruising along without too many people giving them a lot of credit. So, let me give them some credit: The Bulls have found a groove with ball in hand and with ball leaving the hand – for the second straight week they broke tackles, made clean breaks and produced 16 offloads. One fears the Bulls may have started having fun, which is terrible news for traditionalists, and worse news for their conference counterparts. 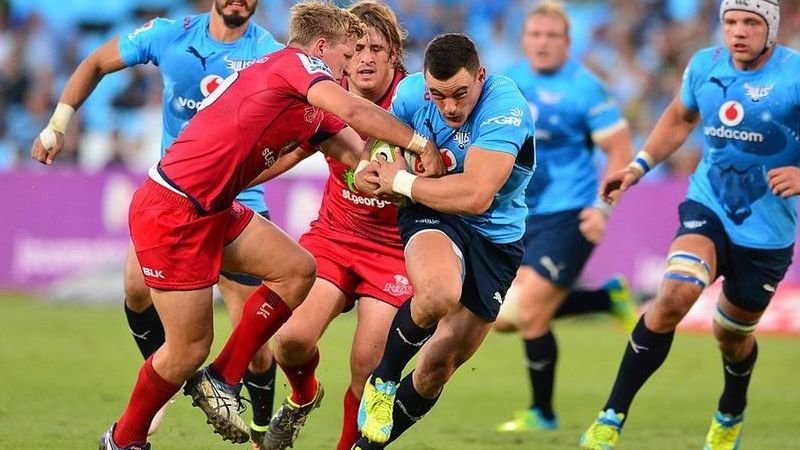 The Brumbies got over their Sydney curse this week and restored order to the Australian rugby universe. I’m picking there is not much a Brumby likes more than beating a Waratah, but I’m also picking there was enough evidence presented in this match to make the case that the Brumbies are waaaaaaaay off the boil. Their 24 missed tackles is a season-high for the club and hat-trick hero Joe Tomane is the most exciting back the Brumbies have by a factor of 30.

Yes, a win is a win, but given the Blues completely dominated the ball, forced the Sharks to make 195 tackles, and camped inside the Sharks half for nigh on half the match, this five-point win was the toughest watch since Closer. The Blues won 126 rucks in this match, and the Sharks won 30. Last pass syndrome and urgency on transition are still massive punishers for the Blues. 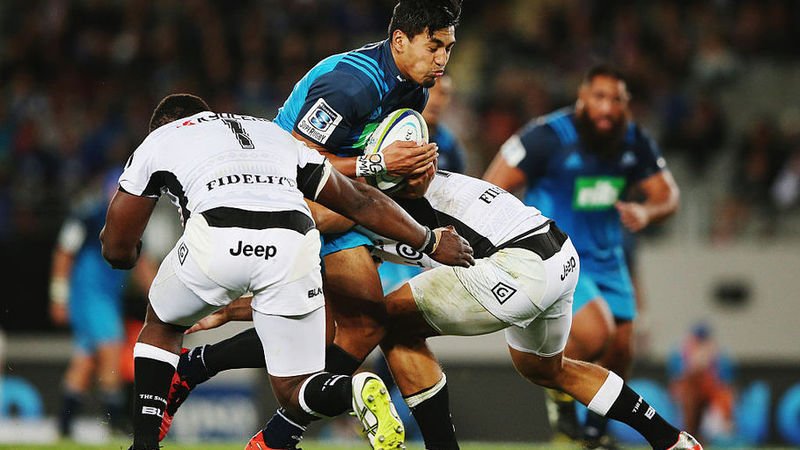 The Stormers have beaten both their South African conference opponents, the Cheetahs and the Bulls, and have now lost to two South African teams from the other conference, the Sharks and the Lions. All of which goes to show either the Stormers are the only team in Super Rugby that understands how the conference points system works, or that their defensive efforts this year have started to take a toll. Again the Stormers spent most of the game inside their own half, and they simply do not have the game breakers to score long-range tries.

When Power Rankings suggested a few weeks ago that the Cheetahs should just give the ball to Sergeal Petersen we didn’t expect them to take us seriously, but they did. Petersen put together a three-try performance that included a season-high 193 running metres and was far and away the best back on show in round eight. I don’t know what the Cheetahs ate in their bye week (probably Kudu steaks) but it worked. They are the big movers this week. I will regret this.

The Force had a bye, during which they looked like the second best team in Australia.

I said last week the Waratahs may well discover their mojo again this week. They didn’t. Everyone in New South Wales is blaming kiwi coach Daryl Gibson for the Waratahs’ performances. Want to know why the Waratahs are tanking? Because it’s always someone else’ fault. The Waratahs should have won this game. They’ve forgotten how. 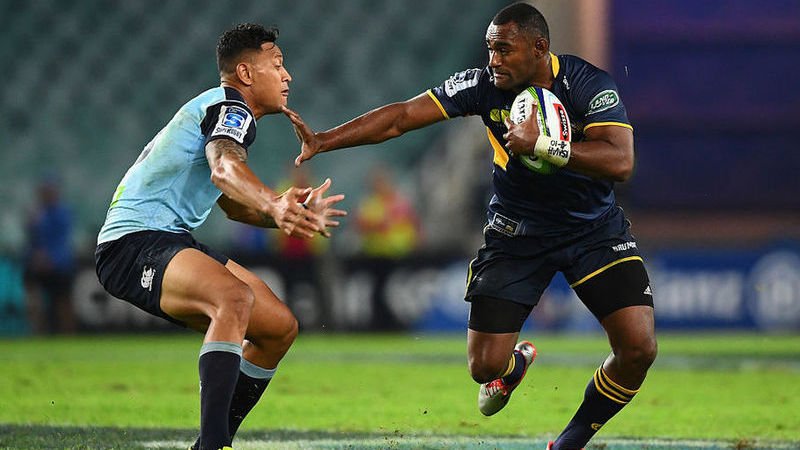 Just when I thought it was safe to start talking up the Rebels they go and get pumped at home by the Hurricanes. 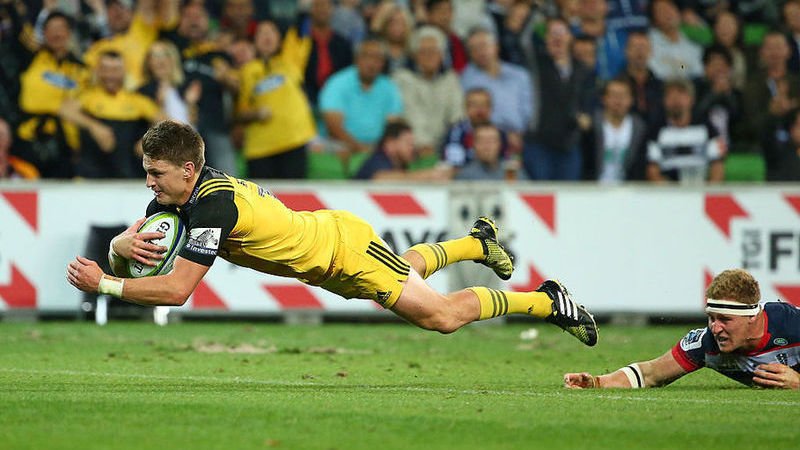 With just a little more imagination, the Sharks could have easily made it 11-straight wins over the Blues. This has been the issue for the Sharks all year: for 70 minutes of every match the forwards play as if they are trying to figure out who the other seven guys with the same jerseys are. Phillip Van Der Walt is the best redhead in the game, though.

Liam Gill kicked a dropped goal. So, there is that. This act of forward play defiance led Australian rugby journalist Jim Tucker to call for other great “forwards doing non-forwards things” moments in rugby history. Surely the best forward dropped goal of all time award is shared by Zinzan Brooke, who further embarrassed the English in the 1995 Rugby World Cup, and Waratahs prop Matt Dunning, who dropped a goal and blew his team’s play off chances with it. Perfect.

The Jaguares found all new ways to turn the ball over against the Crusaders and the Crusaders made them pay. Their New Zealand tour finished 0-3 and their season now reads 1-6. Surely this is the most disappointing team in the competition given all the pre-season predictions about the strength of their roster. It wouldn’t surprise me if the Sunwolves beat them this weekend. 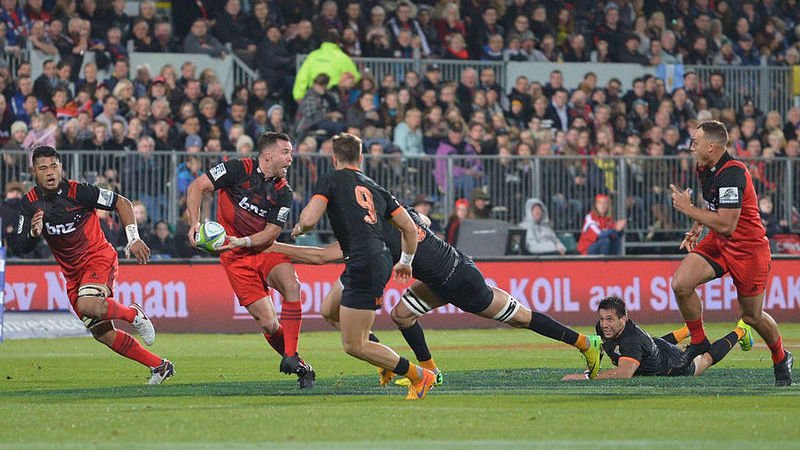 The Kings had their second bye this week and now have to get through their nine remaining games without a break. This is not going to be pretty for Kings fans.

Let me explain this result: this is what happens when a team has precisely no pre-season campaign. The amazing thing about this loss is that, statistically speaking, it wasn’t the worst performance by a team this year. In fact, the Sunwolves still created plenty of opportunities and had almost half the ball in the match. Don’t be fooled by the fact this humping was handed to them by the lowly Cheetahs. The Cheetahs have always been capable of posting big scores.