At the end of his fourth-ever game of professional rugby, Thomas Gordon wandered to the Scotstoun touchline exhausted, jubilant and dizzied by the fervour erupting all around him, a fervour he had gone a long way to creating.

This kid from a dairy farm in the meadows of New Zealand had taken on Edinburgh’s gargantuan pack and battered them. He had made 17 tackles and missed none in a rampant Glasgow performance. He had outplayed one of Europe’s premier breakaways, the magnificent Hamish Watson, on the open-side flank, and been named man of the match in front of 10,000 people, by a distance the biggest crowd ever to watch him play.

When a camera loomed before him, light illuminated his gaze and Premier Sport’s Emma Dodds began asking questions, his head started to swim.

What followed was a giddy discussion during which Gordon didn’t seem to know who Glasgow could meet in their Pro14 semi-final, or exactly how they’d romped so comprehensively to a long-awaited win over their great foes from the east.
“I was like, woah, I have to do this interview on TV, all these questions. When I get put on the spot, I’m not very good,” Gordon laughs.

“I just answered honestly, I guess. I didn’t know, so I said I didn’t know. I’m not going to beat around the bush.

“She said something about Connacht or Ulster, but it just felt like everything was going on around me. In my head I was like, where do these teams come into play here? So I just said, ‘Nah, I have no idea what’s happening after this’.”

Predictably, Gordon’s television debut was merrily lampooned by his team-mates at Glasgow and Currie, the Edinburgh club where he has played since moving to Scotland five years ago. But in many ways the giggling exchange was refreshing, an antidote to the blandness and the clichés and the desperation of sportspeople to say the right things when microphones are thrust in their faces. Instead, here was a happy young man careering blissfully along on this bonkers ride called rugby.

“Some people were like, ‘Oh, you need a bit of media training’, but most found it funny,” he says. “It’s better to be funny than just boring.”

Gordon’s route to Glasgow and the semi-finals is anything but dull. From his parents’ farm south of Rotorua, he went to boarding school in Hamilton, and played provincial age-grade rugby into his late teens. His grandparents are Scottish, but he didn’t know that made him eligible to wear the thistle until he was nearly 18. There was no grand career plan in those days – there still isn’t one now – but he knew adventure and rugby would be part of whatever he did next.

“In my last year of school, I didn’t really know what to do with myself. I wanted to go on a gap year and I have a bit of family over here [in Scotland],” Gordon says.

“My mum’s first cousin was president at Currie five or six years ago, so I knew about the club, I knew it was quite a good club. Basically I just asked him if I could come over and play, have six months maybe, work a bit, play a bit of rugby, travel a bit, and then go back home.

“I was just about 18 when I came over. I left literally a week after I finished school, I didn’t even have Christmas at home.

“When I came over, I definitely wanted to play rugby, but I didn’t really have any intention of trying to make it here. I was playing because I like playing.”

? | Glasgow Warriors have added more strength in depth to their squad ahead of the new season.

Flanker Thomas Gordon has signed a Partnership contract with @ChieftainsRC.

A thunderous carrier of ball, Gordon’s impact at Currie was considerable. He was inducted into Scottish Rugby’s academy, played for the national under-18s and under-20s, and eventually earned a contract at Dave Rennie’s Warriors. At 22, he is a full-time, professional rugby player, and he is almost certain to play some part in this whopper of a contest against Ulster on Friday.

“The pace of the game is so much higher. It took me a while [to adjust]. I remember playing Cardiff Blues down there, I was dying, oh my god. The first stoppage, I’m wheezing, I look up at the clock…two minutes! Jesus. It’s definitely a big step up.

“You’ve got to be more focused, you can almost, at club level, switch off, which is bad, but you can get away with it sometimes. Here, constantly, you’ve got to be eyes-up, focused. 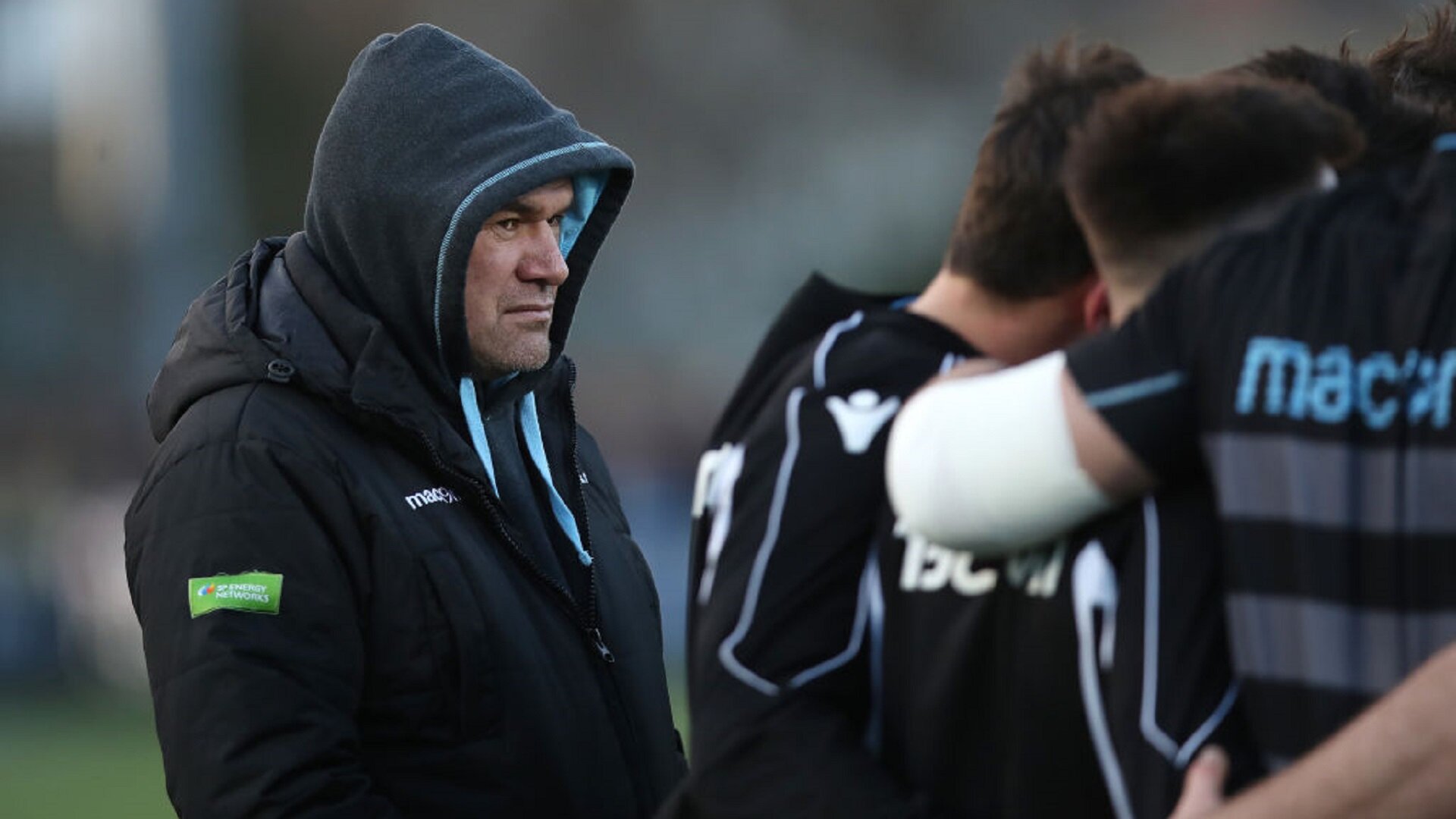 “When I first came to Glasgow as an academy player during the Six Nations last year, I wanted to put on a bit of weight. I was probably 96kg, which is a bit light. I wanted to get to 100kg, I’ve been that all season. I don’t want to be much heavier.

“But all the training here, I’ve definitely gotten faster and fitter. I’ve had to do a bit to be able to cope with professional rugby.”

When it came to playing Edinburgh, Rennie was typically deadpan. Callum Gibbins, Glasgow’s co-captain and first-choice open-side, had failed a stage of his concussion return-to-play protocols. Chris Fusaro and Matt Smith, their other sevens, are out for the season.

“I thought, oh s**t, nah, surely they’re not going to play me in this type of game, no way,” Gordon says.
“I get to training, shook Rens’ hand. He didn’t say anything, so I guess I’m not playing. Did the meeting, went to go with the non-23 players and they’re like, ‘Nah, you’re over there’. Oh, s**t.

“Rens didn’t give me much of an explanation, he just said, ‘We thought about starting Ryan Wilson, but you’re starting’.

“I was a bit nervous about going up against all the big dogs, their whole pack is internationals apart from Pierre Schoeman. I had to brush up on all the roles, which I did pretty quickly, and when it came to the game, I just felt ready. I remember sitting in the changing room and looking up at the clock and it was 1815, and I was like, oh, I wish I could play now.”

Then came the roaring performance that could be Gordon’s coming-of-age moment as a fledgling professional, and the glorious interview that will live just as long in the memory.

The Pro14 final is here in Glasgow, here amid the cavernous emerald of Celtic Park, and how the Warriors would love to be crowned champions in their own city, in front of a clamouring crowd of boisterous locals.

Friday’s showdown is a repeat of the semi-final of 2015, when DTH van der Merwe’s last-gasp try and Finn Russell’s veering touchline conversion snatched an intoxicating duel. That year, Glasgow went all the way, winning the only silverware a Scottish pro-team has ever lifted. 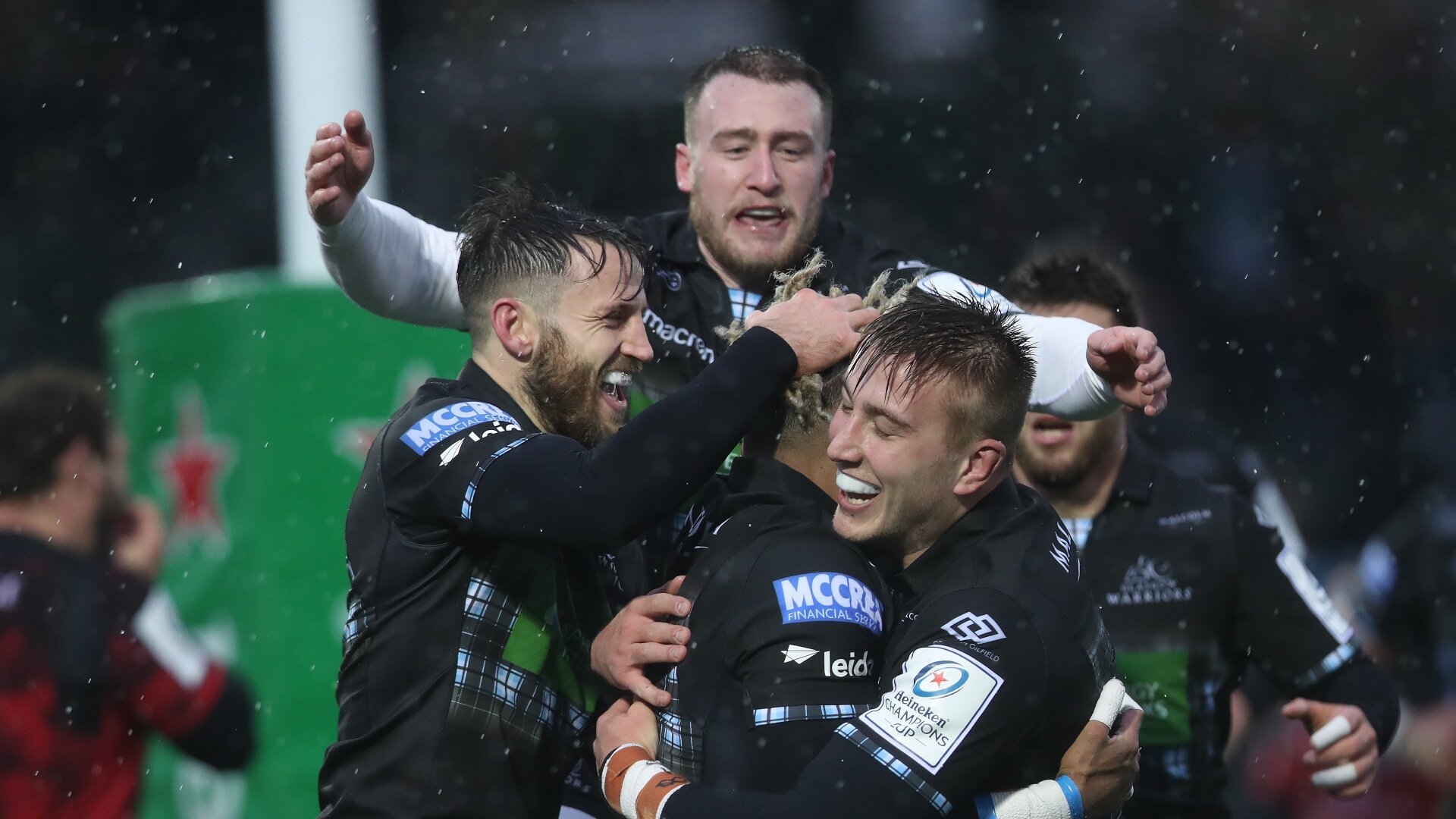 “By a big-ass country mile, the semi-final would be the biggest game I’ve ever played in,” Gordon says. “It’d be awesome to be part of a team that could potentially go and make history, especially in my first season. That’d be unreal.”

This much, he knows for sure. But just when did he get his head around that puzzling Pro14 format?

“Someone said after the Edinburgh game [that Glasgow would play Ulster or Connacht in the semi-final] and I thought, oh, that makes sense. I just play rugby.”

On the paddock, a snarling tyro. Off it, a carefree bloke savouring every moment of this exhilarating journey. Sport is all the richer for characters like Thomas Gordon.

Nothing is impossible Passion and resilience underpin the MLR and make everyone confident the US competition will flourish. Gregor Paul Room to move Analysis: Greater policing of the offside line has helped attacks flourish in Super Rugby Aotearoa 2021. Ben Wylie Guessing game Some major All Blacks selections still remain a mystery ahead of the test season. Patrick McKendry Devil in the detail New Zealand's rugby clubs are struggling - but aren't expecting a large piece of the Silver Lake pie. Michael Pulman Advantage over Quirks of the law were brought to fore in the Chiefs' golden-point win over the Highlanders. Tom Vinicombe