'There were a number of clubs interested. We got to quite far down the line with discussions'

In these strained days of seemingly relentless bleak news for Scottish rugby, the retention of Hamish Watson by Edinburgh is a timely fillip.

The flanker is one of the nation’s finest players, a consistently brilliant performer who never seems to have a quiet game. He would not look out of place at a champion side with his ballast and dynamism and breakdown excellence, and indeed, he would enhance many in England and France.

There would have been no ill-feeling among supporters should Watson have decided that, at 29 and in his prime years, after a decade-long shift at the club, it was time to move on. There were eager suitors aplenty in the autumn. Racing 92 were said to be among them, but Watson coyly denied that the Parisians were seriously in the running.

“Every time you get to this time of year it’s a tough decision when you’ve got other interest and other clubs are looking at you,” Watson said. “This was probably the stage of my career that I was considering it more than other years.

“In other years, you pay your agent, he does a job, and he looks and sees what’s out there, but this year I was maybe considering a move and in the end I’m so happy we could get it done and stay in Edinburgh.

“The swinging factor for me in the end was that I love playing for this club. I’ve shown Edinburgh really good loyalty over the years and they’ve repaid their faith and it’s up to me over the next three years to prove myself again, and hopefully get to the business end of competitions and start winning stuff.

“There were a number of clubs interested. We got to quite far down the line with discussions and talking to the people you need to talk to when you’re going to do stuff like that. In the end I’m just happy that we got it done with Edinburgh. They offered me a contract when they heard there was interest out there and we got it done which I’m really excited about.”

Watson will be 32 when his new deal expires, and by then, the chance to earn a big move, maximise his earning potential or simply immerse himself in a fresh rugby environment may be gone.

Edinburgh have never won anything. Richard Cockerill has helped give them teeth and structure, but despite twice reaching the Pro14 play-offs, made a Champions Cup and Challenge Cup quarter-finals, they have yielded only near misses and anguish. What bolsters Watson’s belief Edinburgh is the right place for him, and that the club can match his ambition?

“We are starting to get to the business end of competitions regularly which is certainly something we didn’t do towards the start of my time at Edinburgh,” he said. “We are getting to quarter-finals, we are getting to semi-finals and that’s what it’s all about and what the fans want to see.

“The more we can do that, like we have done under Cockers for the last three seasons, that is what builds confidence. Sometimes you need these experiences to then come to these games and, having been here before, hopefully be on the right side of some of those results.

“Winning some silverware, that’s my ambition as an Edinburgh player. Every rugby player wants to win something in their career and I want to do it with, not my hometown club, but pretty close to it. I’ve been here since I was a teenager and that’s something I want to do with my pro club, I’ve never been anywhere else.

“That did it for me as well – we always say it, but I believe in this group of players, I believe we can do something, and I still feel like we’ve got some unfinished business here.

“The thing that tipped it is people know me, I am quite a loyal guy, and in the end, it’s a family decision as well. My wife loves it here, my kids are too young to know if we moved anyway, the little one is two now, and they were born here, and it will be really nice raising them here as well.”

Cockerill himself is committed to Edinburgh until 2022, taking his tenure at the club to five years and making him the longest-serving coach the club has had since Frank Hadden left in 2005. 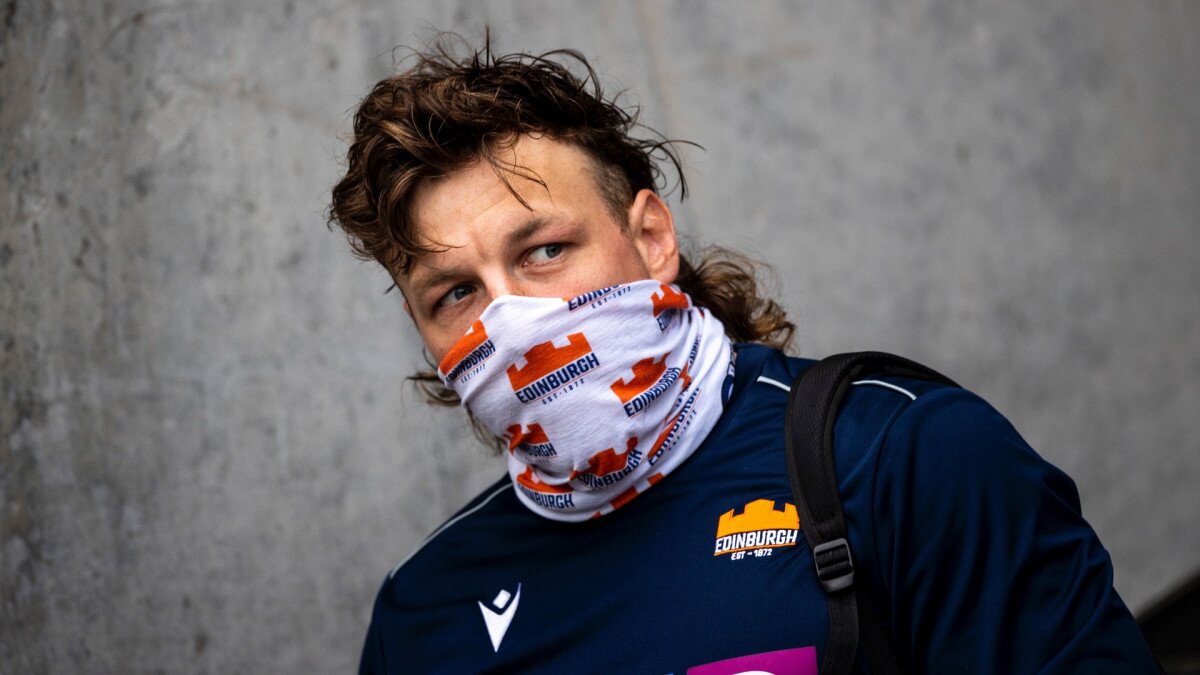 “For the first time in my career, Cockers has been here three-and-a-half years and after another year-and-a-half, that’ll be the longest I’ve worked with a coach for. It does come into play. You ask about other signings, who we might be bringing in, all that sort of stuff, and it’s all pointing in the right direction for Edinburgh.”

There is, too, the gnawing desire Watson harbours to thrive at the next World Cup. Scotland’s heinous woes in Japan were all the more brutal for the flanker, invalided out of the tournament in the opening pool match when a clear-out from Ireland’s Cian Healy damaged his knee.

“That comes into your thinking, if you go to France you might have to give up international stuff and that’s a massive factor as well,” he said. “To be at Edinburgh, it gives me a great chance to hopefully make the next World Cup.

“The last World Cup was pretty devastating for me and I was involved in the 2015 pre-World Cup stuff, the Tests before we went away, and didn’t make the squad. I’ve been there or thereabouts the last two and only got one appearance.

“If I would have gone away, you might not have made the World Cup squad in France. These are all small factors; you have to sum it all up and go through all the pros and cons.”

'There were a number of clubs interested. We got to quite far down the line with discussions'

Picking a 30+ Lions XV Next