Captaincy prevented Warburton from playing Next
Back
Super Rugby

The Highlanders will have to take on an experienced Rebels outfit without a raft of key All Blacks when the two sides meet in Melbourne on Friday.

Adam Coleman and Reece Hodge will both return from injury from off the bench for the home side in a move which complements their strong starting lineup, which features an almost all-Wallabies backline.

It will be the first time that Hodge has played since fracturing his ankle before the Wallabies’ northern tour late last year, while Coleman has overcome a calf injury that has sidelined him since the start of the season.

They are among four changes to the Rebels side that beat the Brumbies 34-27 a fortnight ago, with openside flanker Brad Wilkin and tighthead prop Sam Talakai coming into the starting team in place of Richard Hardwick and Jermaine Ainsley.

The All Blacks’ Super Rugby resting policy as part of their World Cup plans means Ben Smith, Aaron Smith, Luke Whitelock, Liam Coltman, Dillon Hunt and Tyrel Lomax will all sit out for the Highlanders in what is set to be an enthralling encounter at AAMI Park, while 23-test loose forward Liam Squire is still yet to return from an ongoing hip injury.

However, head coach Aaron Mauger isn’t dismayed at their omission, instead focusing on the prospect of unleashing his youthful, less-renowned side across the ditch.

“Exciting team, isn’t it,” Mauger told RugbyPass prior to their departure for Australia on Wednesday.

“[It’s] a team we’d had planned for at the start of the year, and as I said last week, we want to give the majority of the squad a run in these first three weeks, also having to manage All Blacks loads as well.

“[It’s] an opportunity for the guys who have been preparing for this moment and give you a chance to perform.”

All in all, there have been 11 changes made to the team that pipped the Reds in a thrilling clash at Forsyth Barr Stadium in Dunedin last week, including a positional change whereby impressive young first-five Josh Ioane has been shifted to fullback, allowing former Blues pivot Bryn Gatland to make his debut for the franchise. 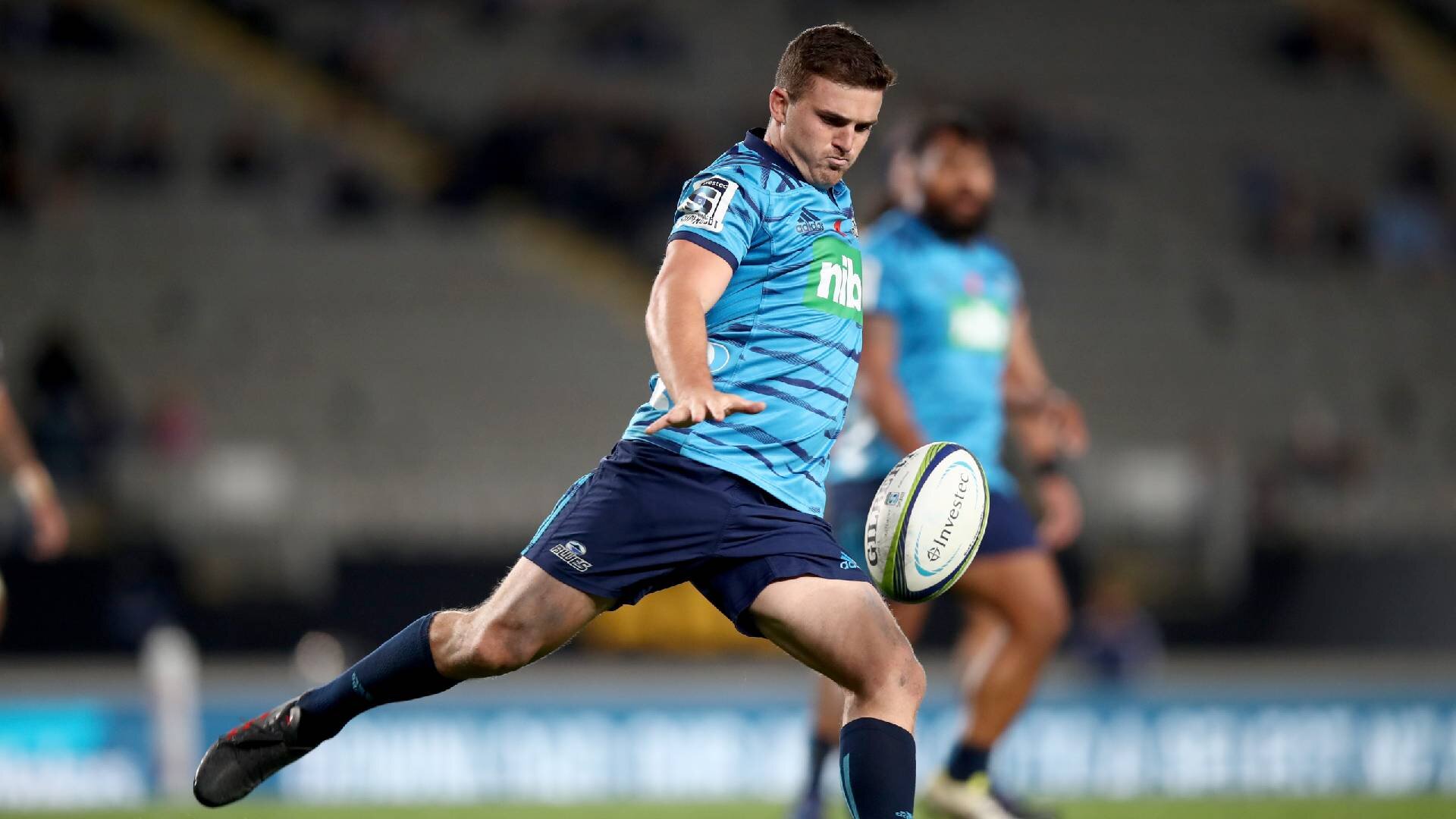 Bryn Gatland in action for the Blues. (Photo by Phil Walter/Getty Images)

Mauger has been pleased with how his three fly halves – Ioane, Gatland and Marty Banks – have performed both in matches and on the training field since the start of the season, and said that having Ioane at fullback will allow his side to utilise a dual playmaking option with Gatland when needed.

“Josh will give us that [a dual playmaking option]. The way that we play the game, everyone’s often required to step up in a first receiver position, so [we’ll] have that extra strength this weekend with having Josh at fullback.”

Ioane won’t be the only new face in the back three, as 21-year-old speedster Josh McKay kits up for the first time this season in what will be just his third Super Rugby outing.

As the quickest member of the Highlanders, the Rebels will have to have their wits about them if they’re to nullify the threat McKay poses out wide.

“Lots of gas,” Mauger responded when asked what McKay brought to the table for his side.

“Extreme amount of gas, actually, so we’re excited about that.

“He’s a guy that’s really grown in our environment over the last year and a half, and we’ve got some good competition out wide, so we wanted to give him that opportunity to see what he’s got, and I’m sure he’ll perform well on Friday night.

“He’s put a few more kilos on his frame, which is great, so that just helps him transfer his speed and strength into powerful, dynamic carries, and he’s become a bit more confident in his defensive collision as well, so looking forward to seeing him go.” 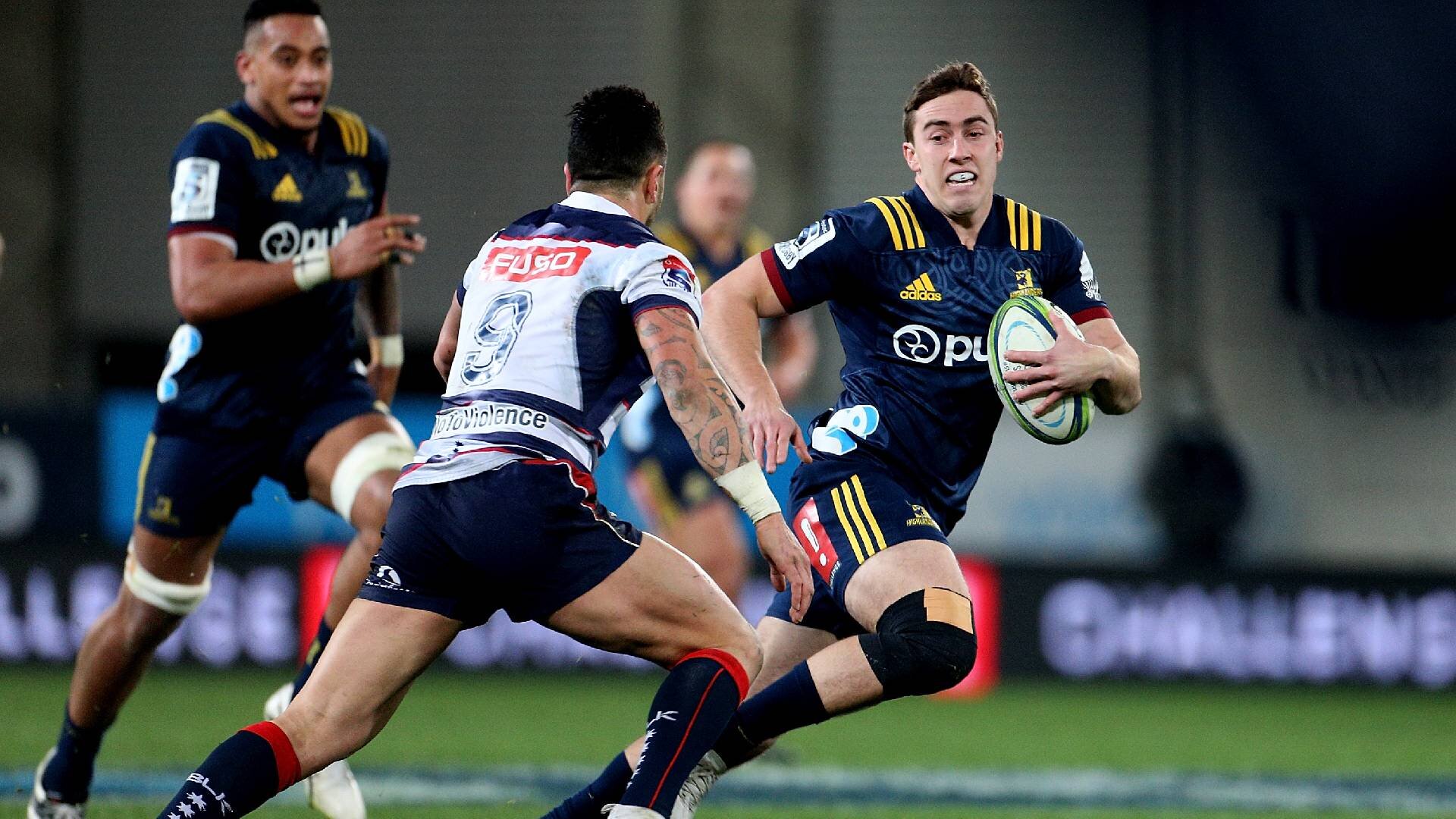 Josh McKay in action against the Rebels in Dunedin last year. (Photo by Dianne Manson/Getty Images)

Elliot Dixon and Tom Franklin mark their returns from Japanese club rugby, with the former to start at No. 8 in place of co-captain Whitelock, while the latter will appear from off the bench.

Franklin’s experience from the reserves will be particularly valuable, as he is accompanied by three Super Rugby debutants in Josh Iosefa-Scott, Folau Fakatava and Ricky Jackson, who comes into the squad as injury cover while third-string hooker Ray Nuia nurses a neck complaint.

All three have impressed Mauger since the squad assembled in November last year.

“Josh Iosefa-Scott has been outstanding since he came down last year,” he said.

“He’s worked really hard for this opportunity, and he’s another guy we see having a big future with the Landers, and potentially further up.

“Folau Fakatava is a very exciting young nine, and I think he will surprise a few with where he’s at with his game for such a young man. He’s got a lot of spark, and really looking forward to inject him into the game later on.

“Ricky’s a replacement player for us, but he’s been with us the whole way through, doing a great job, one of those guys who’s very diligent around his study and learning the game.

“[He’s] very, very abrasive, still a young man, still learning him game, but he’s going to have a big future in the Landers jersey as well.” 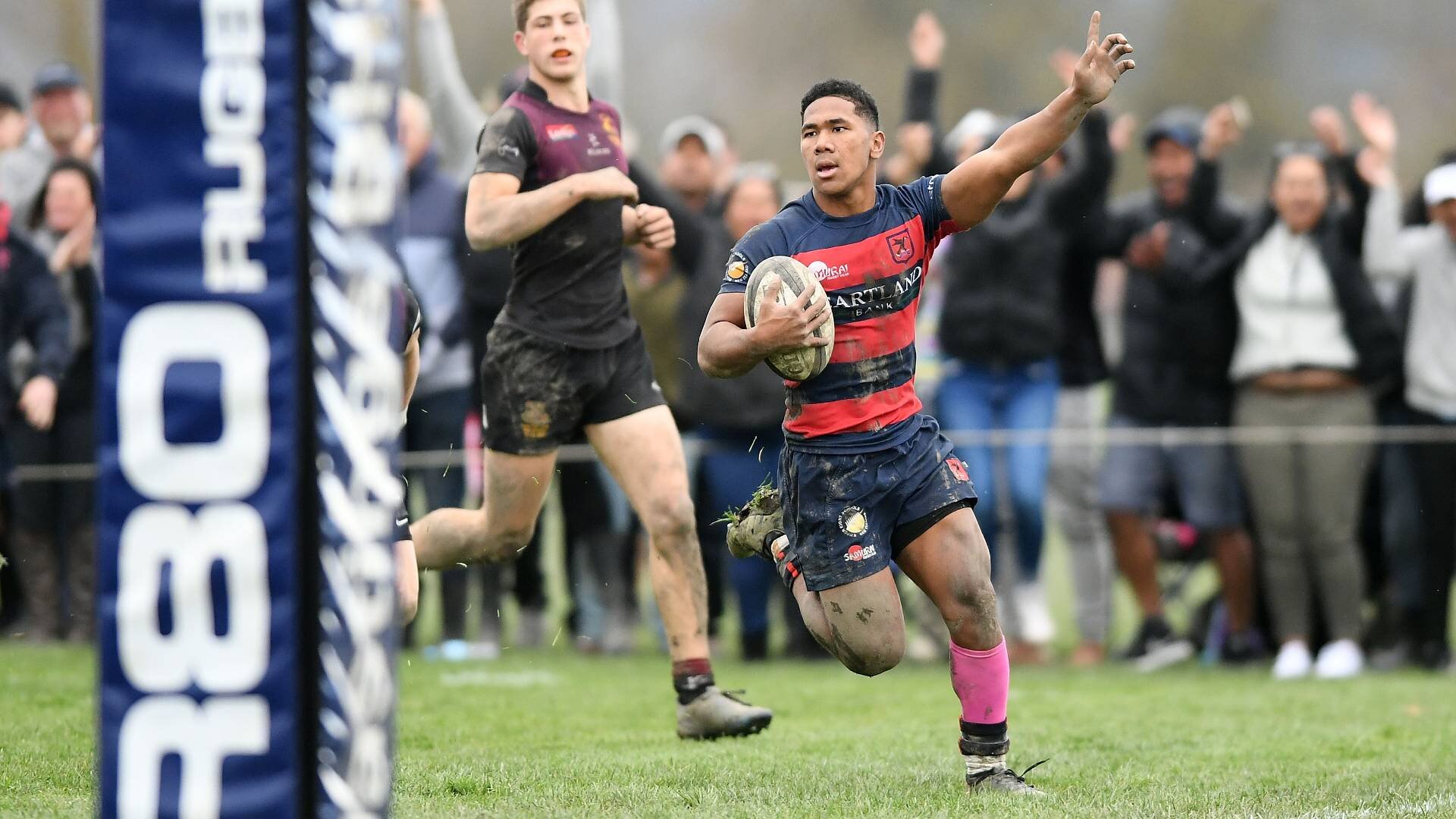 Joining them on the pine is Sio Tomkinson, who comes back after being controversially red carded in the competition’s opening match against the Chiefs.

He will look to make an impact, especially with established midfielder Rob Thompson being unavailable for “the next three or four weeks” with an ankle issue which forced him off the park 20 minutes into the Highlanders’ win over the Reds.

“It’s a bit of a blow, but it’s an opportunity for other guys to step in,” Mauger said.

“Robbie’s been fantastic, helping us get to where we are at this stage, but it’s an opportunity for the likes of Sio [Tomkinson] and Thomas [Umaga-Jensen] and Tei [Walden], and Richard Buckman’s back in the mix next week as well.

“It’s going to be a 38-man job to get the job done this year, and I’m confident in all those boys.”