There is a real contrast between the two semi-finals in the Champions Cup this weekend but the cream will rise to the top in both as it has done thus far.

Leinster and Toulouse have each won this trophy four times, while Saracens and Munster have both won a couple of titles as well. We’re now in territory reserved only for the biggest hitters in Europe and these four are just about as big as they come.

They all have vast European pedigree and experience in common but the two games promise to be very different affairs. Sunday is the glamour tie between Leinster and Toulouse given the attacking form they’ve both shown this season but first there comes the power tie between Saracens and Munster, two teams for whom winning is a habit.

I think it’ll be an attritional semi-final at the Ricoh Arena and Munster are as hard-nosed as they come, it’s something they pride themselves on, but they’re up against it away from home and the absence of Keith Earls and Joey Carbery, in particular, is a massive blow. 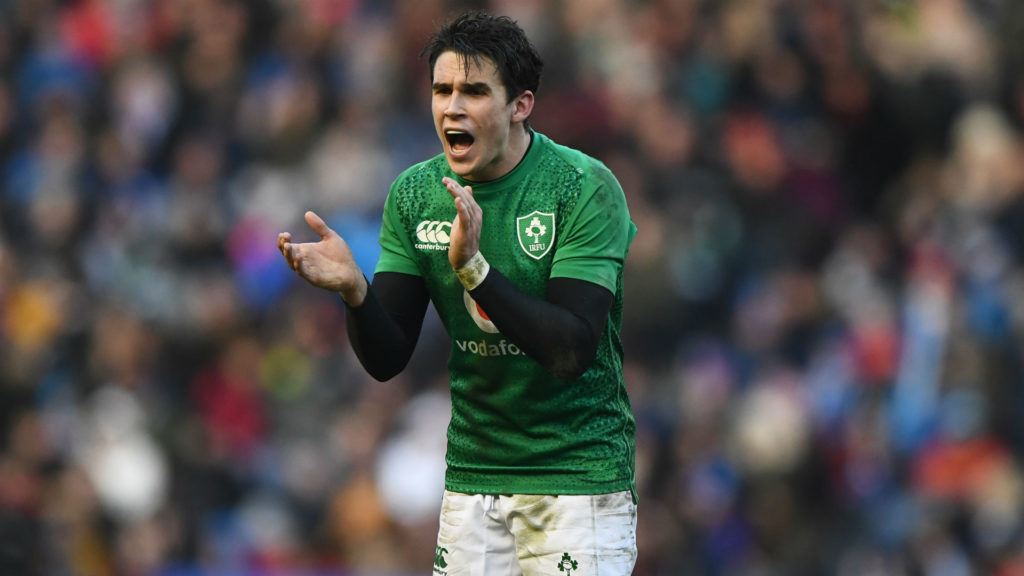 They were already favourites but that tips the scales significantly in Saracens’ favour for me. Munster have only lost one of their last 12 games so they’re in form and will travel with an army of fans clad in red behind them but I just think it’ll be one step too far for them.

The Thomond Park outfit have lost their last six European Cup semi-finals and they’re back at the place where they won their last one and against the team they beat that day…it’d be a good story if history repeated itself 11 years on from their semi-final triumph over Saracens at the Ricoh in 2008 but I’m not sure it will.

There’ll be a fair bit of kicking going on in Coventry I think. Saracens and Munster have both evolved their style of play but they’re still pragmatic at heart and won’t want to take too many risks in a game of this magnitude.

The box-kicking battle between Conor Murray and Ben Spencer, with Richard Wigglesworth coming off the bench, will be key as both sides try to force mistakes. And then it’ll be about who has the most line speed and physicality in defence.

There are intriguing match-ups all over the pitch but I think the back row contest between Michael Rhodes and Billy Vunipola and Peter O’Mahony and CJ Stander, in particular, will be among the most important and go a long way towards deciding the winner.

It’ll be a gain line war as it was when the pair met at the same stage in Dublin a couple of years ago. Saracens’ power won the game that day and I think it’ll happen again. It’ll be seriously hard-fought but I can see Saracens pulling away in the final stages. 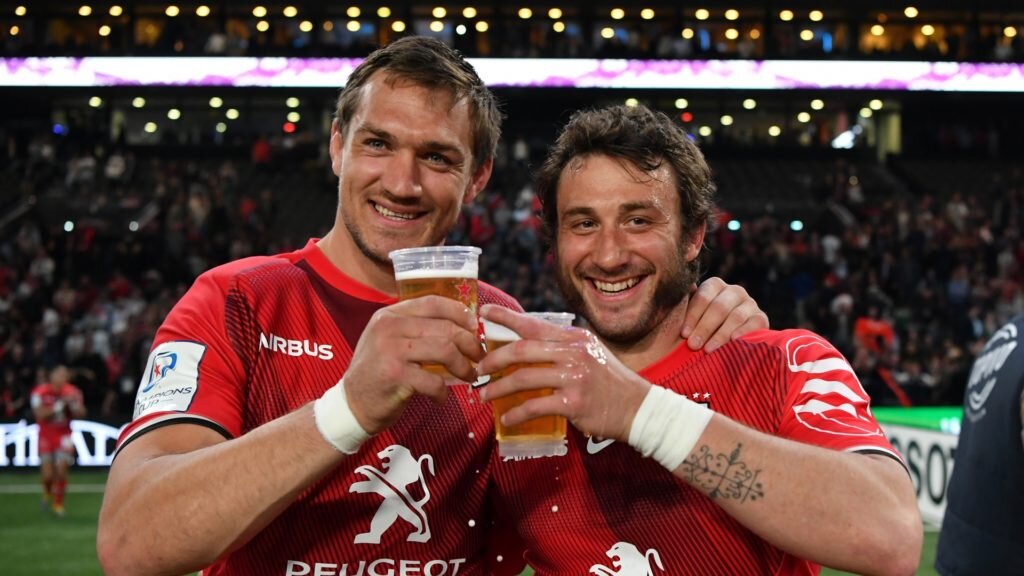 Toulouse have arguably been the best team in Europe over the past six months if you look at their results in both the Top 14 and Champions Cup and they’ll travel with genuine belief after their heroics at the Paris La Defense Arena last month.

There is such rugby intellect in this Leinster side, though, and having Johnny Sexton back conducting them around the field could be the major deciding factor maker for me.

Contrast that with Ugo Mola’s selection of Antoine Dupont at number 10 for Toulouse and there is a monumental difference in experience and knowledge of how to boss a game from fly half.

Dupont is a phenomenal player and is absolutely electric but he’s a scrum half and is more dangerous operating from that position so I think Leinster might be quite happy to see him lining up in an unfamiliar role.

I was coached by Mola at Brive and I was left scratching my head at his selections there at times. On this occasion, I think Dupont went so well when he slotted in at number 10 after Zack Holmes’ red card in the quarter-final that he’s stumbled upon it and is sticking with it. 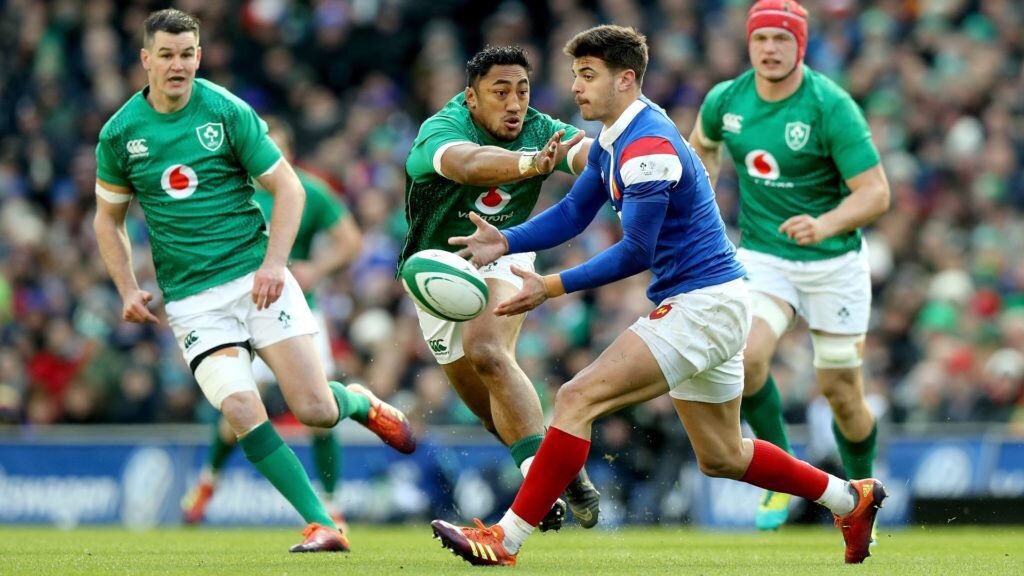 Romain Ntamack, passing past Ireland’s Bundee Aki during the 2019 Six Nations, is seen as a young flair talent who light up French rugby (Photo by David Rogers/Getty Images)

Romain Ntamack was France’s starting fly half in the Six Nations and I would definitely have started with him but he’s on the bench and Pita Ahki is making his first ever top tier European start in a semi-final as a result.

The likes of Thomas Ramos, Sofiane Guitoune, Yoann Huget and, of course, Cheslin Kolbe are so dangerous that there are sure to be moments of magic and we all saw what they achieved in the last round when they were down to 14 men.

I just think Leinster will have studied that game against Racing, as well as other Toulouse games this season obviously, and the difference is the patience of the Irish province. They won’t feel the need to score of first or second phase and will be happy to keep the ball and grind the opposition down if that’s what it takes.

The battle up front won’t be for the faint-hearted and Mola has picked an enormous pack with Joe Tekori lining up in the back row alongside Jerome Kaino and Rynhardt Elstadt. The two Richies in the second row are man mountains as well. He’s done that to combat the power of Leinster and also has a six-two split on the bench with three back rowers in reserve as well.

They’ll look to go toe to toe with the European champions and won’t lack confidence after losing just two of their last 23 games in all competitions but I just can’t see Leinster letting it slip in their own back yard…or own country!

Sexton is due a big performance because he hasn’t produced anywhere near his best form since he was named World Player of the Year and I think the stage is set for him to do so.

The cream has risen to the top with the final four having won over half of the previous 23 European Cups between them. I said Saracens would be the only team to challenge Leinster for their crown at the start of the campaign and I fully expect those two to be battling out at St James’ Park in three weeks’ time.

Feeding frenzy If Super Rugby Aotearoa is a 100m race, then the trans-Tasman edition is a frenetic sprint to the finish. Patrick McKendry Decision time A mid-season off-shore signing has hampered the final weeks of many a player's New Zealand career. Gregor Paul Forecast cloudy It's been a week of typically mixed fortunes for the Hurricanes - and they're yet to even take the field. Jamie Wall Chalk and cheese It's been over a year since NZ and Australian Super Rugby sides clashed. What should we expect on Friday? Ben Wylie One giant leap Justin Marshall picks out his biggest movers and shakers from Super Rugby Aotearoa. Justin Marshall