There was no Heineken Champions Cup quarter-final on the line but Thomond Park was treated to a glimpse of the future as Craig Casey’s first senior try helped Munster pick up a 33-6 bonus point win over Ospreys. 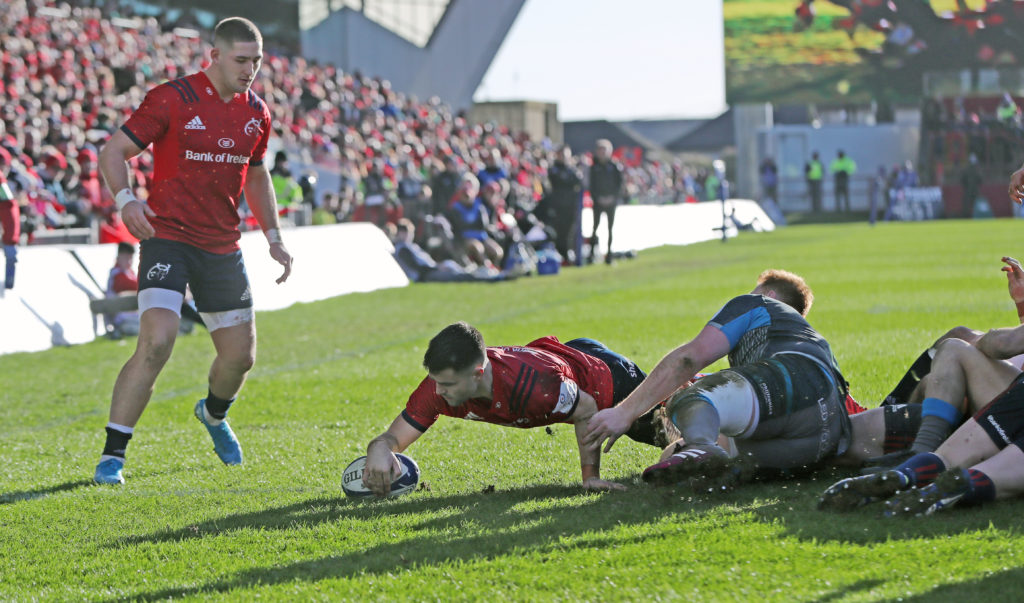 Two early Luke Price penalties had Ospreys ahead but Stander and Archer nudged Munster into a 14-6 half-time lead and the Irish province’s increasing control saw them extend their unbeaten home run in Europe to 15 games.

Results yesterday had knocked Johann van Graan’s men out of the quarter-final race, while Ospreys also had just pride to play for following a disheartening pool campaign.

Boosted by the inclusion of captain Justin Tipuric, Alun Wyn Jones and George North, the visitors started well and Price landed a seventh-minute kick from just inside the Munster 10-metre line after being caught with a late tackle. 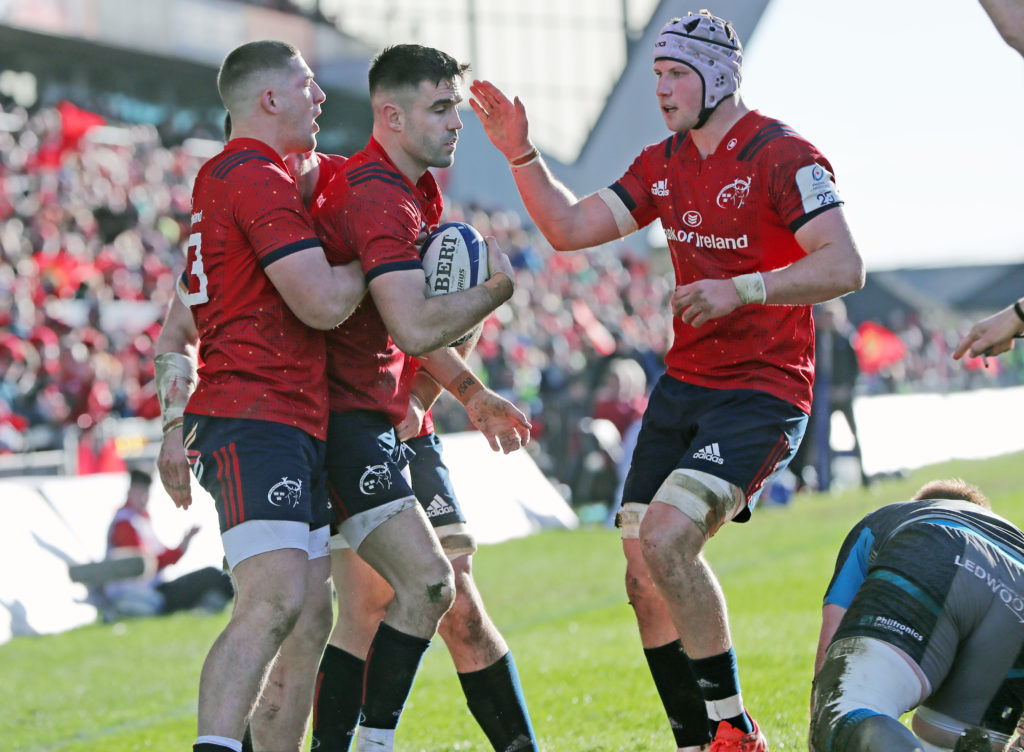 Apart from some individual spark, Munster endured a sloppy opening quarter and lost Andrew Conway to a failed HIA. Knee injury victims Keith Earls and Chris Farrell were also absent from the back-line.

Things finally clicked for the hosts as the interval approached. Sam Arnold and lively replacement Dan Goggin both featured in the lead up to the tries, the former’s strong run getting Munster in position for Stander to burrow over from a ruck. 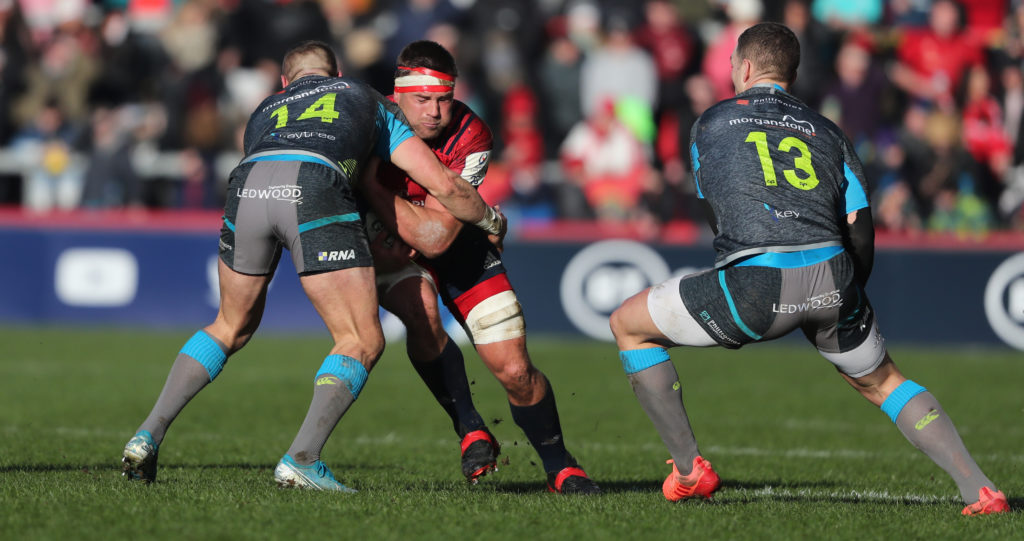 Goggin’s excellent fielding of a JJ Hanrahan cross-field kick drew one of the biggest cheers from the home crowd, Munster using the late momentum to pummel away and a well-supported Archer grounded the ball against the right-hand post for his first European try.

Hanrahan converted both scores to open up an eight-point margin, and after Jones and impressive Champions Cup debutant Calvin Nash each won a turnover penalty on the resumption, the Munstermen swept clear for their third try. 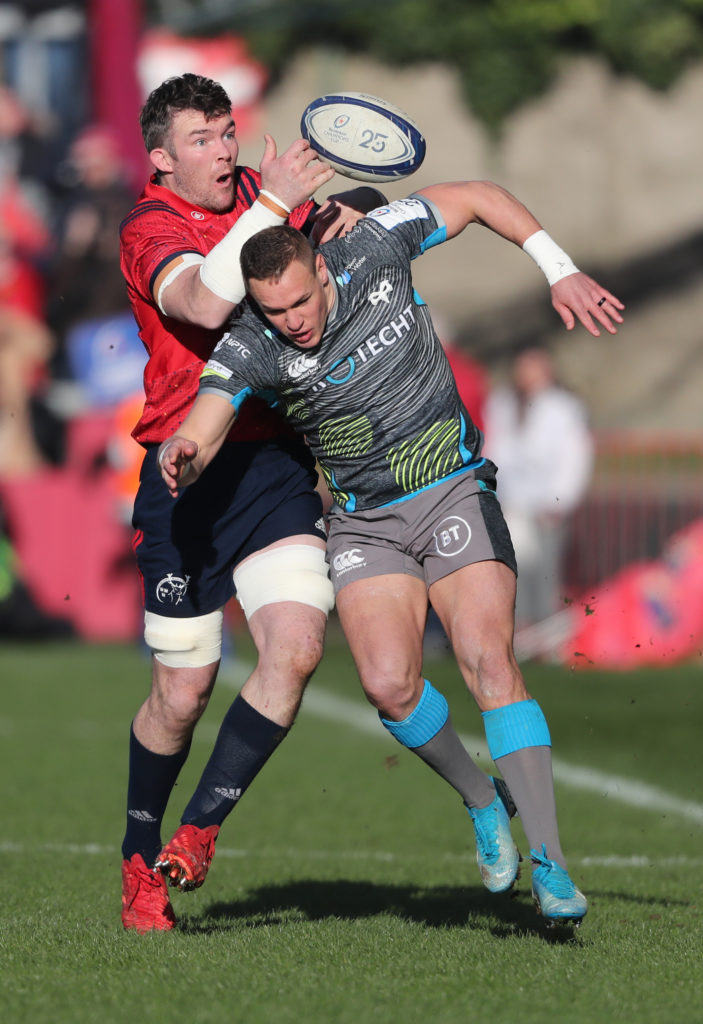 Hanrahan and Arnold both pumped their legs to bring their side within reach of the line before Murray had a simple finish near the right corner. Hanrahan’s conversion effort was off-target.

The bonus point try proved elusive – Rory Scannell and Haley both had near misses – until, with 58 minutes gone, promising scrum half Casey cleverly stepped inside Dan Lydiate at a five-metre scrum to score with just his second touch in a European home game.

Hanrahan converted and also added the extras to Stander’s 77th-minute closer, a powerful finish past Price from an advancing scrum. Ospreys had no answer, their defiant defence losing Dan Evans to a nasty shoulder injury and replacement Olly Cracknell to a late yellow card.