A Six Nations 'team of the tournament' selection

It was a Six Nations tournament that lasted for nine months because of the coronavirus pandemic, but still produced plenty of thrills and spills.

Here, the PA news agency reflects on those players that excelled, and selects a team of the tournament.

14: Josh Adams (Wales)
It was a Six Nations to forget for Wales, but Adams, who scored three tries, remains one of their shining lights. His work-rate, finishing ability and consistency were all top-drawer.

13: Virimi Vakatawa (France)
A go-to player for France, he did not disappoint as he showcased his renowned physical power and elusive running skills. Made some stunning off-loads and was a handful for every opposition defence.

12: Bundee Aki (Ireland)
A largely-unsung member of the Ireland team, the Connacht centre gets on with his business without fuss or bother. Strong with ball in hand and an excellent defender, he was key to keeping the Irish in title contention.

11: Jonny May (England)
One of English rugby’s finest finishers, his current total of 29 Test tries underlines how important a player he is to England head coach Eddie Jones. Delivered a blistering display, scoring two tries, in defeat against France.

10: Romain Ntamack (France)
Made his Test debut less than two years ago, but he performs like a seasoned veteran at the age of just 21. Nothing seems to faze him, whether it is pressure goal-kicks, tactical pressure or attacking inventiveness. 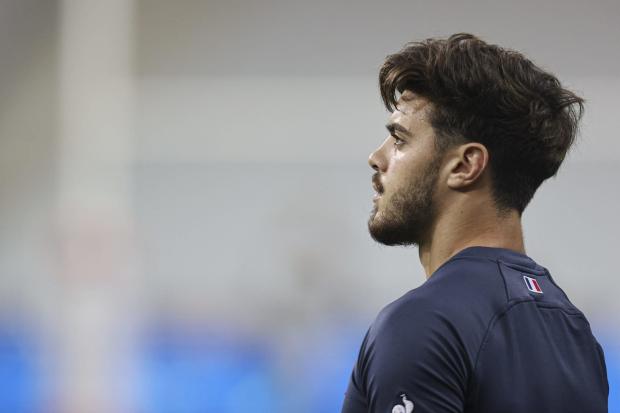 9: Antoine Dupont (France)
The Six Nations player of the tournament award has never been won by a Frenchman, but scrum-half Dupont will surely end that wait. A tactical general with an ability to create attacking moments from nothing, he is a world-class operator.

1: Rory Sutherland (Scotland)
Loosehead prop Sutherland has helped give Scotland solid set-piece foundations, combined with his impressive work-rate around the field. A consistent performer who looks a strong contender for the 2021 British and Irish Lions squad.

2: Jamie George (England)
Won his 50th cap during England’s victory over Italy in Rome, and he maintained excellent form throughout the Six Nations. A natural leader whose performance levels rarely dip.

3: Kyle Sinckler (England)
Has gone from strength to strength in an England shirt, relishing the big-game occasions and becoming a major cog of England’s set-piece machinery. A powerful scrummager who also excels in the loose.

4: Maro Itoje (England)
Played every minute of England’s Six Nations campaign, and was outstanding in all areas. He also underlined exactly why he is viewed in so many quarters as a natural choice to lead the Lions in South Africa next summer.

5: James Ryan (Ireland)
The leading Six Nations lock this season in terms of lineouts won, and he did nothing to diminish his Lions tour prospects. The 6ft 8in forward provides a commanding presence and is a player Ireland can pick their pack around for years to come.

6: Tom Curry (England)
England’s breakdown king was once again a force of nature. It is easy to forget at times that he is just 22, such is his ability to compete with and dominate the world’s best. Like Itoje, a Lions Test team certainty.

7: Justin Tipuric (Wales)
A world-class operator, he was head and shoulders above any other Wales player in terms of his impact on games. Brilliant in a narrow defeat against England at Twickenham, the 31-year-old continues in peak form.

8: Gregory Alldritt (France)
The 23-year-old La Rochelle forward made 83 tackles during the tournament – second only to his team-mate Bernard Le Roux – and also carried possession for 398 metres. A dynamic force who has emerged rapidly in a transformed France team.

Five takeaways from the weirdest Six Nations since Foot and Mouth. https://t.co/Wu7fKDfUad