Rory Sutherland is a strong, skillful and dynamic loosehead prop who is a popular player on both a domestic and international level.

Born in Hawick, Scotland in August 1992, Rory Sutherland’s rugby career began with spells at amateur level with clubs including Biggar, Gala and his hometown. He also represented provincial side Border Reivers at under 18 level, but it was in 2014 he signed for PRO14 side Edinburgh Rugby on a FOSROC Scottish Rugby Academy deal.

Fast forward to the present and Rory Sutherland has remained with Edinburgh Rugby ever since he first put pen to paper. During this time he has become a firm favourite with supporters and, despite a problematic season in 2017-18 where he suffered a serious adductor injury, he has established himself as a regular fixture on the team sheet for the side. To date, he has now made over 90 appearances for the club.

He got his first call up for the Scotland national side in January 2016, when he was called up by then coach Vern Cotter for the 2016 Six Nations Championships. He made his debut against Ireland in the fifth round in Dublin. Following a three-and-a-half-year absence from the national side, Rory Sutherland was next called up to be part of Scotland’s 2020 Six Nations squad. He played against Dublin in their opening fixture and then went on to start every match in the competition.

He has since played many more times for the national side but has yet to score any points. Most recently in May 2021 – and thanks in part to a fine run of form – he has been selected by Warren Gatland to be part of the 37-man squad for the upcoming British & Irish Lions tour of South Africa. 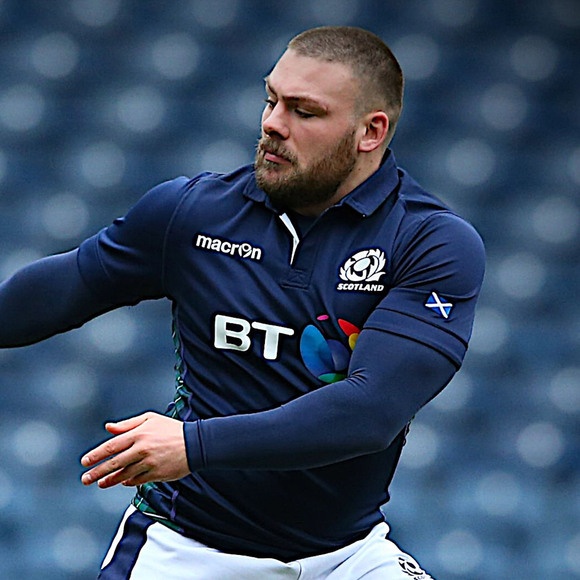 Rory Sutherland describes how Worcester "dragged my family through the dirt", why he can't stay at Ulster, and the allure of a Top 14 move.

Ex-Ireland hooker reveals the club that Rory Sutherland is joining

Lions prop Rory Sutherland has reportedly found himself a new club in the URC, but it isn’t with any of the teams he was initially linked with after Worcester played their final match in the 2022/23 Gallagher Premiership season before their suspension.

Rory Sutherland: Glasgow among suitors for Worcester and Scotland prop

Rory Sutherland: From depression and a wheelchair to going on Lions