36 key events since rugby turned professional in 1995, 25 years ago to this very day

The Breakdown | Episode 31 Next
Back
Internationals

36 key events since rugby turned professional in 1995, 25 years ago to this very day

Rugby union turned professional when it was declared an open sport on August 26, 1995, a couple of months after South Africa had won the third edition of the World Cup. It represented a huge change for the players and coaches in a sport that is now professionally 25 years old.

Here the PA news agency takes a look at some of the key events since rugby union left behind its amateur roots and turned professional:

August 26, 1995: The International Rugby Board declared the sport an “open game” and so all restrictions on payments to those connected to rugby union were removed.

January 6, 1996: A crowd of 21,800 pack into the Cardiff Arms Park to watch Toulouse win the first-ever Heineken Cup with a 21-18 extra-time victory against Cardiff.

It's hard to believe it's a quarter of a century on Wednesday that the late Vernon Pugh declared rugby an “open” sporthttps://t.co/5aJaCXHq8C

March 16 1996: England, under the coaching direction of Jack Rowell, triumph in the first Five Nations of the professional rugby era.

July 6 1996: New Zealand beat Australia in Wellington in the opening match of the Tri-Nations series and the All Blacks clinch the inaugural tournament after winning all four of their fixtures.

July 13 1996: England are kicked out of the Five Nations after selling their TV rights for the professional rugby tournament to BSkyB for £87.5million. England were later reinstated before the 1997 edition got underway.

January 25 1997: In the first season with English sides in the Heineken Cup, Leicester make it all the way to the final where they come unstuck against Brive in Cardiff.

February 1 1997: England, after months of talks, defeat Scotland 41-13 at Twickenham in their opening match of the Five Nations.

August 23 1997: The Allied Dunbar Premiership, previously titled the Courage League National One, kicks off with Newcastle beating Bath at The Rec. The Falcons would secure the title by one point ahead of Saracens.

January 31 1998: Bath become the first English winners of the Heineken Cup with a narrow 19-18 victory against Brive in Bordeaux.

Something to jog the memory https://t.co/tIcNWTTdIP

August 24 1998: Cardiff and Swansea pull out of the Welsh Premier Division and are fined £150,000 each by the Welsh Rugby Union following talks regarding a cross-British league. Instead of playing in the top flight of Welsh rugby, the clubs contest friendlies against all 14 Premiership teams.

September 18 1998: The fourth edition of the Heineken Cup gets underway without English sides after a dispute between European Rugby and the RFU. Cardiff and Swansea also fail to take part due to their ongoing battle with the Welsh Rugby Union.

February 6 1999: The Five Nations starts with England part of the tournament despite being thrown out of the competition a month earlier following more debate over the television deal with Sky. They were eventually reinstated while Italy, who were to be drafted in as a replacement, were made to wait for their chance.

September 3 1999: After the Scottish Rugby Union and Welsh Rugby Union join forces, an inaugural Welsh-Scottish League is formed with Edinburgh and Glasgow involved alongside ten clubs from Wales.

October 17 1999: Jason Robinson completes a high-profile switch of codes from Wigan to Sale days after a loss to St Helens in the Super League Grand Final.

November 6 1999: Australia beat France 35-12 at the Millennium Stadium to win the first World Cup in the professional era.

November 19 1999: Leicester, Bath, Wasps, Saracens, Harlequins and Northampton take part in the Heineken Cup, bringing an end to the exodus of English clubs in the competition.

February 5 2000: Italy secure a shock victory over holders Scotland at Stadio Flaminio in Rome on their first appearance in the new Six Nations.

May 20, 2001: Harlequins end the four-year dominance of French sides in the European Challenge Cup – the second-tier competition below the Heineken Cup – with a 42-33 success over Narbonne at the Madejski Stadium.

August 17, 2001: The Celtic League, containing Irish sides in addition to teams from Wales and Scotland, begins, with Leinster clinching glory in the inaugural season of the event.

May 11, 2002: The Welsh-Scottish League concludes after three seasons, with Llanelli the final winners of the tournament.

November 22, 2003: A drop goal from Jonny Wilkinson hands England a maiden World Cup victory in the final against Australia in Sydney.

February 10, 2006: The Super 12 is expanded to become the Super 14 after Western Force and the Cheetahs join.

April 12, 2009: Harlequins become embroiled in the ‘Bloodgate’ scandal. It transpires that wing Tom Williams was given a fake blood capsule to allow the substituted Nick Evans to come on as a blood replacement in their Heineken Cup quarter-final against Leinster. Despite fly-half Evans getting back on the pitch, he misses his late drop-goal attempt and Leinster win.

September 2, 2009: Harlequins escape a ban from the competition after the European Rugby Cup board approved a punishment involving a twelve-month ban for Williams, which was reduced to four on appeal, a three-year suspension for director of rugby Dean Richards and a two-year ban for physiotherapist Steph Brennan. Quins were fined £260,000, while chairman Charles Jillings resigned. 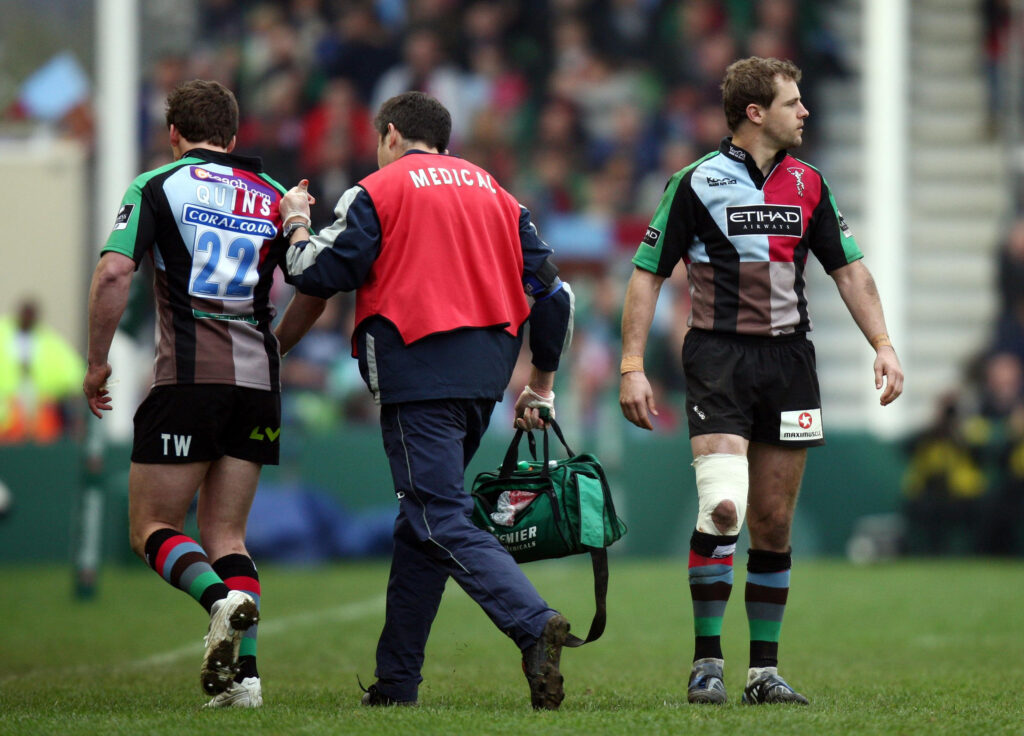 September 4, 2010: Aironi and Benetton Treviso join the Celtic League, which eventually rebrands as PRO12 due to it now containing clubs from Italy in addition to Ireland, Scotland and Wales.

February 18, 2011: The first campaign of a new 15-team format for the re-titled Super Rugby begins after Melbourne Rebels became the fifth Australian outfit to join, with entry for South Africa’s Southern Kings denied.

August 18, 2012: The Rugby Championship replaces the Tri-Nations, with Argentina now part of the annual tournament alongside Australia, New Zealand and South Africa.

December 18, 2014: Dan Carter signs deal worth a reported €1.5million to become the highest-paid player in the world after he agrees on a move to Racing 92 after the 2015 World Cup.

August 6, 2016: Rugby 7s appears in a summer Olympics for the first time as the men’s and women’s events get underway. Fiji take glory in the men’s section. 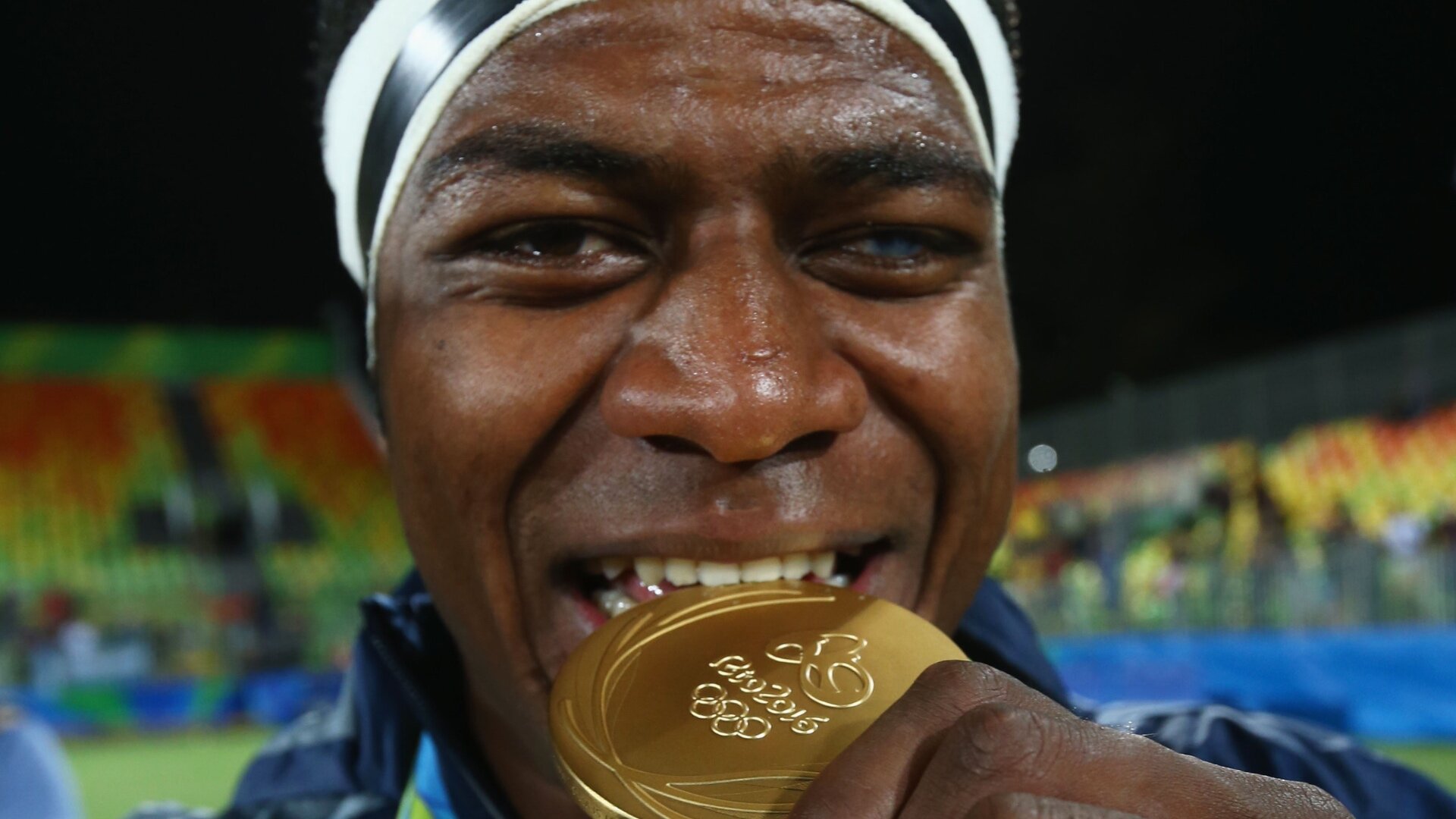 September 1, 2017: The PRO12 expands to become the PRO14 after South African sides the Cheetahs and Southern Kings join the competition.

January 18, 2020: Premiership Rugby confirms Saracens will be relegated to the Championship at the end of the season, with league chief executive Darren Childs admitting they had to be “prepared to take strong action to enforce the regulations governing fair competition between our clubs”.

March 16, 2020: Rugby union in England is suspended due to the coronavirus pandemic, with the Six Nations and other tournaments across the world already halted. The Gallagher Premiership would not return until August.

June 13, 2020: Rugby union returns in New Zealand after the coronavirus pandemic with Highlanders beating Chiefs in Super Rugby in front of over 20,000 supporters at the Forsyth Barr Stadium.

"Many Northampton fans didn’t want me & were very outspoken. They assumed I was on mega wedge, not the academy contract that I essentially signed"@jameshaskell on hateful fan sites, I'm a Celebrity edits screwing him; MMA, BLM & more w/@heagneyl ???https://t.co/9SsEeGT790