It is typically hard to predict a Gregor Townsend squad and even harder to guess how Scotland will fare this spring, as they look to lace their new-found ruggedness with attacking incision.

Townsend lobbed a curve-ball or two with the selection of his 35-man Six Nations group. Cam Redpath, it seems, will now be a Scotland international rather than an England one. Sam Skinner, a favourite of the Scotland coach, is left out.

Not only must Townsend contend with injuries to his two front-line hookers, the usual fluctuations in form and the potency of his opposition, but he also had to pick his men with Covid-19 in mind. In some cases, where a player is not a sure-fire pick, it may be deemed wiser to leave him out for now than to risk the penetration of the squad’s ‘bubble’ by having him go back and forth to his club during the championship.

Mike Brown talks to The Offload.

The upshot is an intriguing and exciting posse. And these are the men who have gained and lost the most.

CAM REDPATH
What a story. The son of great former Scotland captain Bryan, Redpath would almost certainly be capped by Eddie Jones had he not been injured before England’s 2018 summer tour.

There has been a fascinating battle to claim the 21-year-old centre these past few years and Townsend seems to have struck the knockout blow. Redpath is deeply coveted for his precocious play-making brilliance, and since joining Bath from Sale Sharks, has been one of the form backs in the Premiership.

For some time, it seemed he had thrown his lot in with England, having represented both countries at age-grade level and been involved with Jones’ senior squad. But in an interview last June, his father suggested that Redpath had chosen to preserve his England Qualified Player status out of appreciation for Sale. 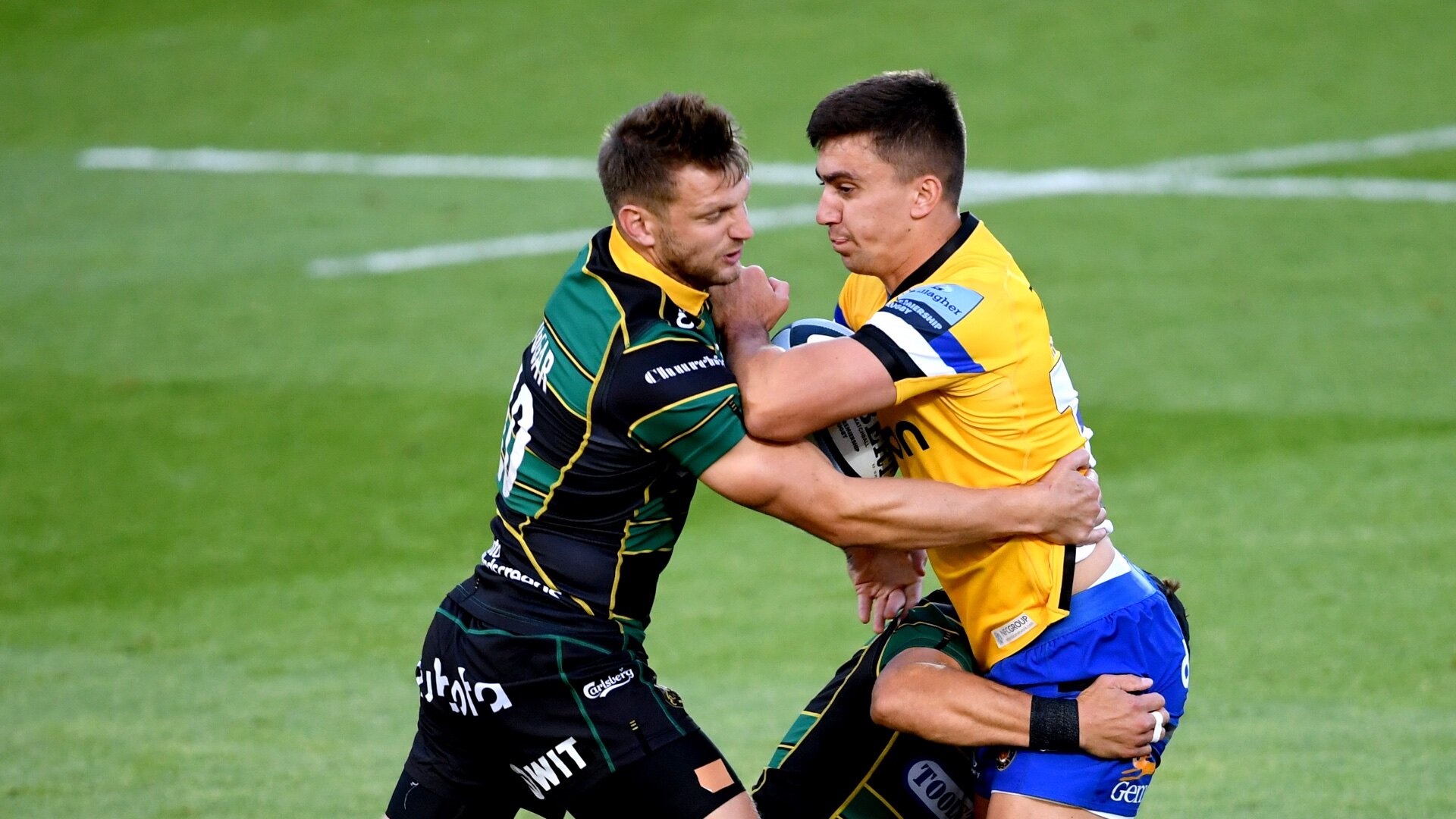 “He got a bad shoulder injury and Sale paid for the surgery to get him back in shape,” Redpath Snr told The Scotsman. “The way things work down here is that clubs get funding from the RFU for having most of their squad English-qualified and Cameron felt some debt and gratitude to them for their help.”
Incredibly, Redpath could now play against England at Twickenham in the Calcutta Cup curtain-raiser, the latest twist in a remarkable saga.

GARY GRAHAM
Graham, too, is the progeny of an ardent Scottish international who very nearly wore the rose. Three years ago, he was in Jones’ Six Nations squad and infamously told the Daily Mail: “I’d f***ing love to play against Scotland next week, make 1,000 tackles and shove it in their face — but it might have to wait until next year.”

In fact, by the following championship, Graham was making his Scotland debut against Italy at Murrayfield. Much water has flowed under the bridge since then, and the bearded Newcastle Falcon has yet to add to the two caps garnered in that tournament. 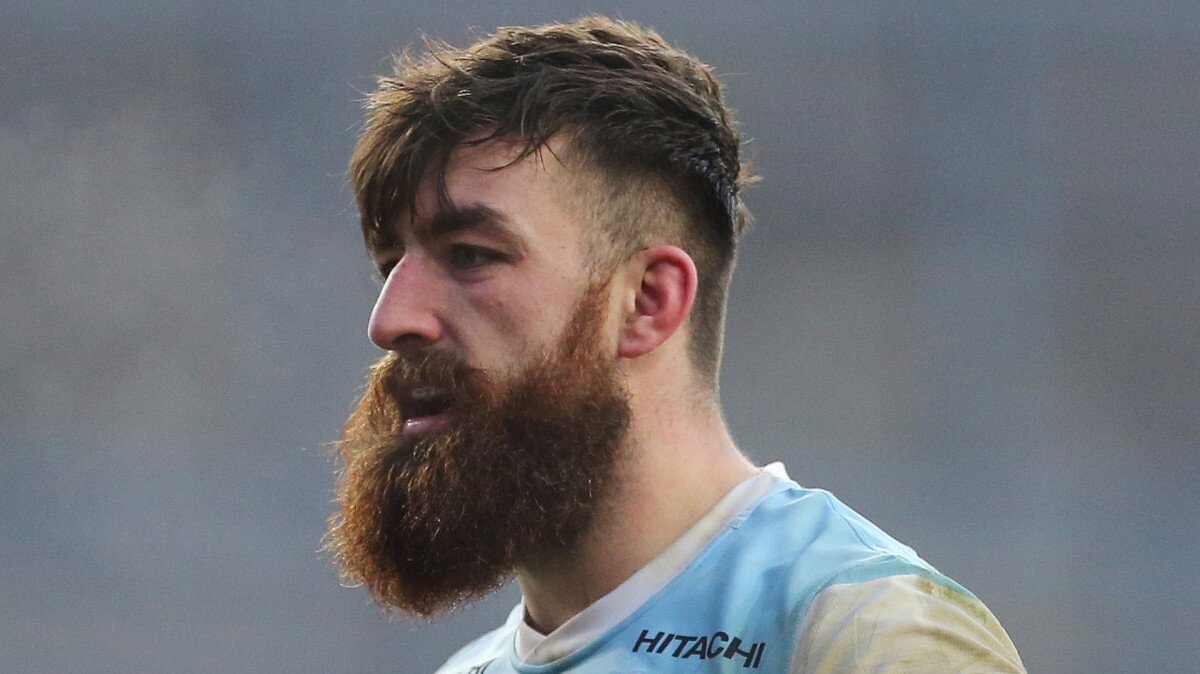 But what Scotland lack above all is a ball-carrying fulcrum in their back-row, a beast of a man who can gobble up yards in horribly tight spaces. They have always struggled to develop players with these colossal physical attributes.

Matt Fagerson is the long-term answer but it is hard to ignore Graham, a wonderful performer in a Newcastle side that has taken the Premiership by storm since winning promotion.

Graham averages 18 carries and 10 tackles per game this season. He is not a huge specimen at 6’2 and 112KG but he is robust and tough in every sense. Sticking him in a back-row with Jamie Ritchie and Hamish Watson would be to create a trident of mayhem-wreaking wild dogs. After a year in the Championship, and away from the Scotland set-up, now is Graham’s time to shine.

RICHIE GRAY
How long we have waited for a fit and bullocking Gray to thrust himself back into the Test arena. At his best, he is Scotland’s finest line-out forward, a brute in the scrum and a galloping menace about the paddock. 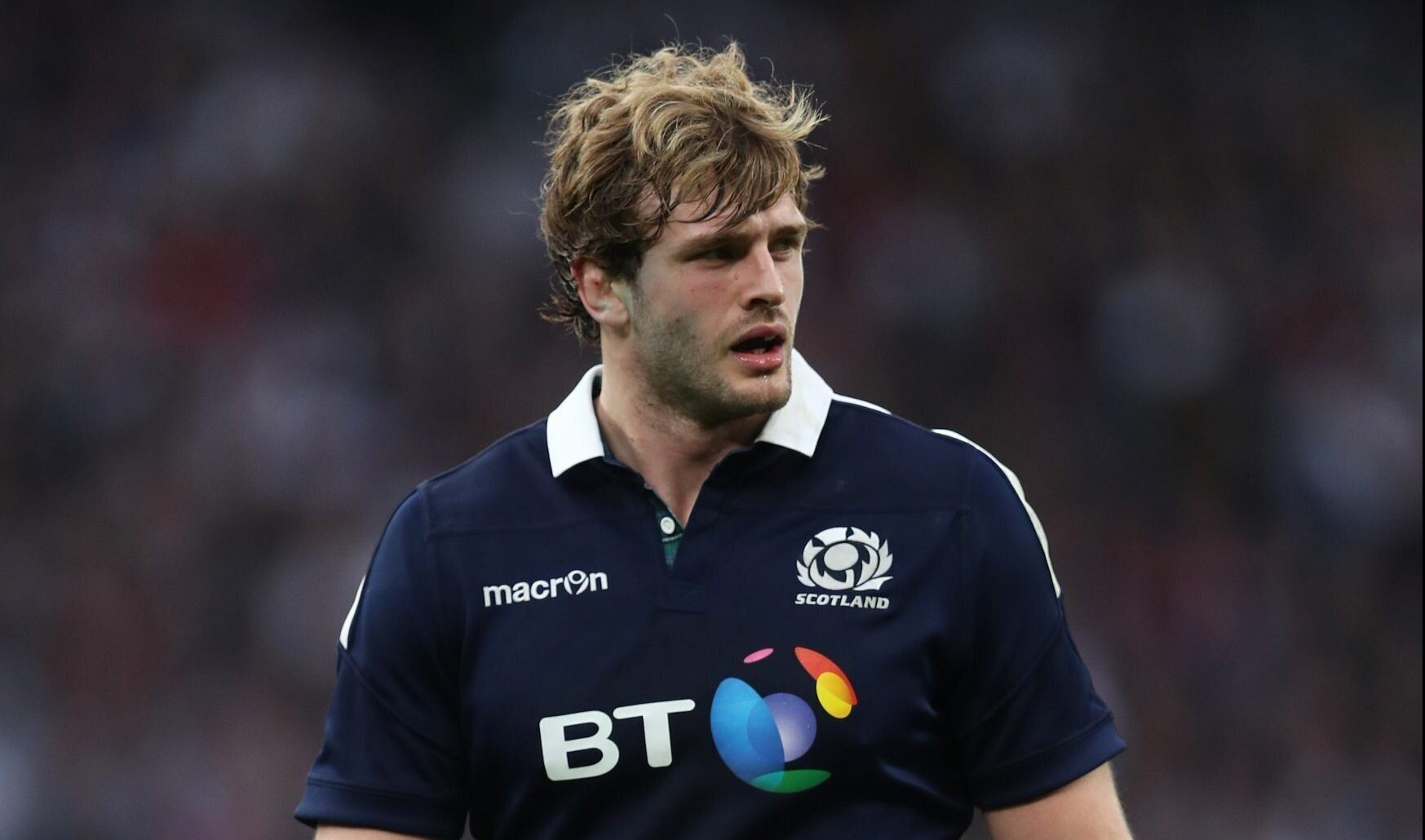 Gray made an unholy mess of Edinburgh’s line-out in the first 1872 Cup derby this month, pinching four throws, and nicked a couple more in the second on Saturday.

He was briefly involved with Scotland in the autumn and the most recent of his 65 caps came in March 2018. There has been a slew of hip, back, calf and brain injuries to contend with since, but back from his spell in the Top 14, the giant is svelte, hungry and a serious piece of weaponry.

DAVE CHERRY AND EWAN ASHMAN
Injuries to Stuart McInally and Fraser Brown open the door to two uncapped hookers in Cherry and Ashman.

The Edinburgh man is a dynamic ball-carrier in solid form, and has plotted an arduous route to Test honours via the English Championship and third tier of French rugby. At 30 years old, he made the Six Nations squad in 2019 amidst a similar injury spate, but is now in pole position to be named on the bench behind George Turner at Twickenham.

Ashman is a particularly stimulating inclusion. Scouted by Alan Tait, he went to the Junior World Championship with Scotland U20 and was the tournament’s top try-scorer. He can do a turn in the back-row, and is making sound progress at Sale. Townsend is known to be a major fan of the all-action 20-year-old and a debut cap is not beyond him.

SAM SKINNER
Townsend rates the Exeter Chiefs forward very highly indeed, so his omission comes as a major surprise. Skinner covers lock and blind-side flanker, and is particularly prized by the Scotland coach for his explosiveness on both sides of the ball and his line-out prowess. Preserving the integrity of the bubble seems to have been a key factor in his non-selection. 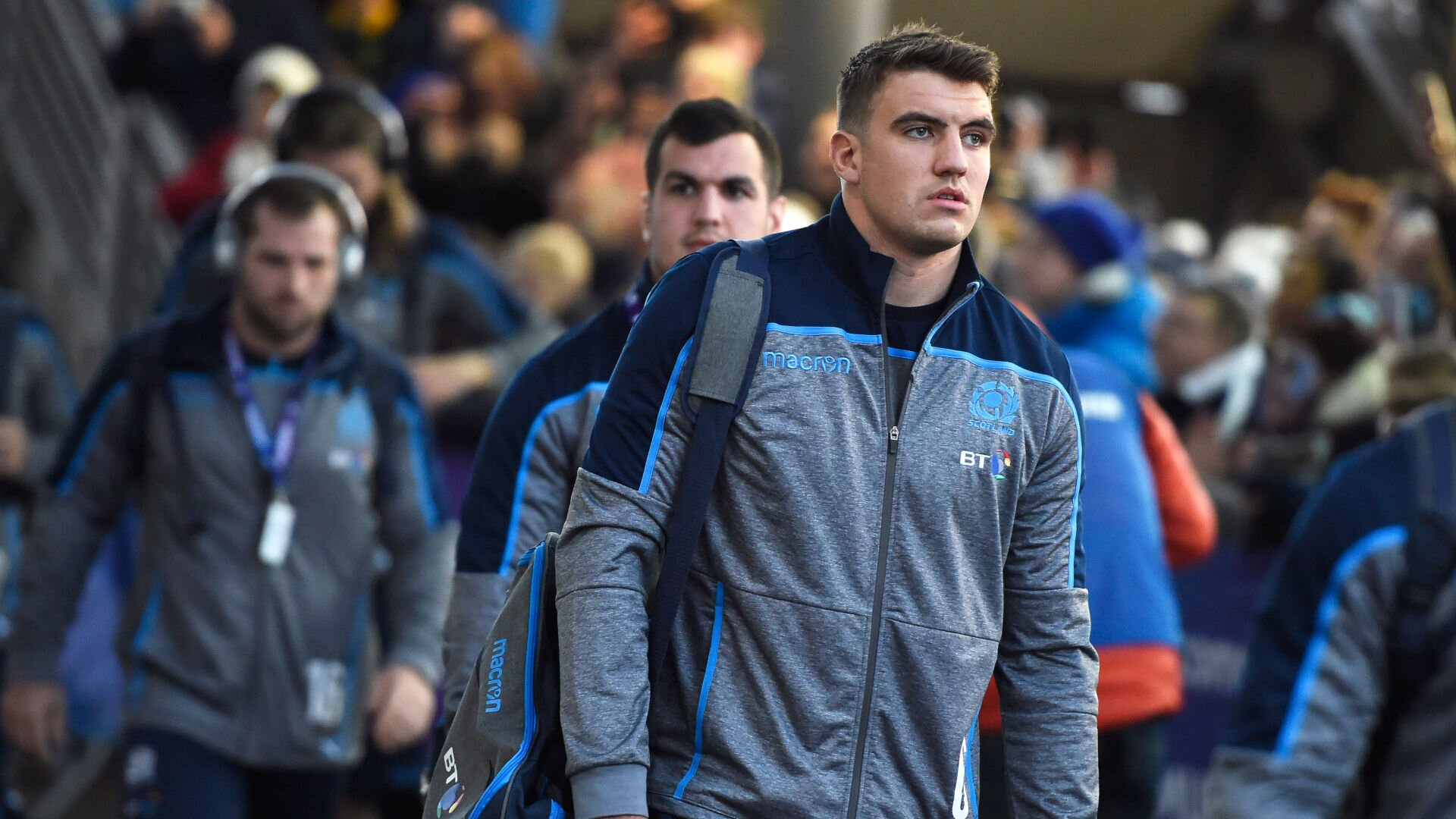 SAM HIDALGO-CLYNE
The same, perhaps, can be said for Hidalgo-Clyne, who falls victim to Townsend’s call to run with only two scrum-halves. He fought his way back into the national squad last year after a club-hopping odyssey from Scarlets to Exeter via Harlequins, Racing 92 and Lyon. At the end of last season, he was excellent in helping Chiefs to their English and European double. Should Scott Steele or Ali Price pick up an injury, he will be the next cab off the rank. 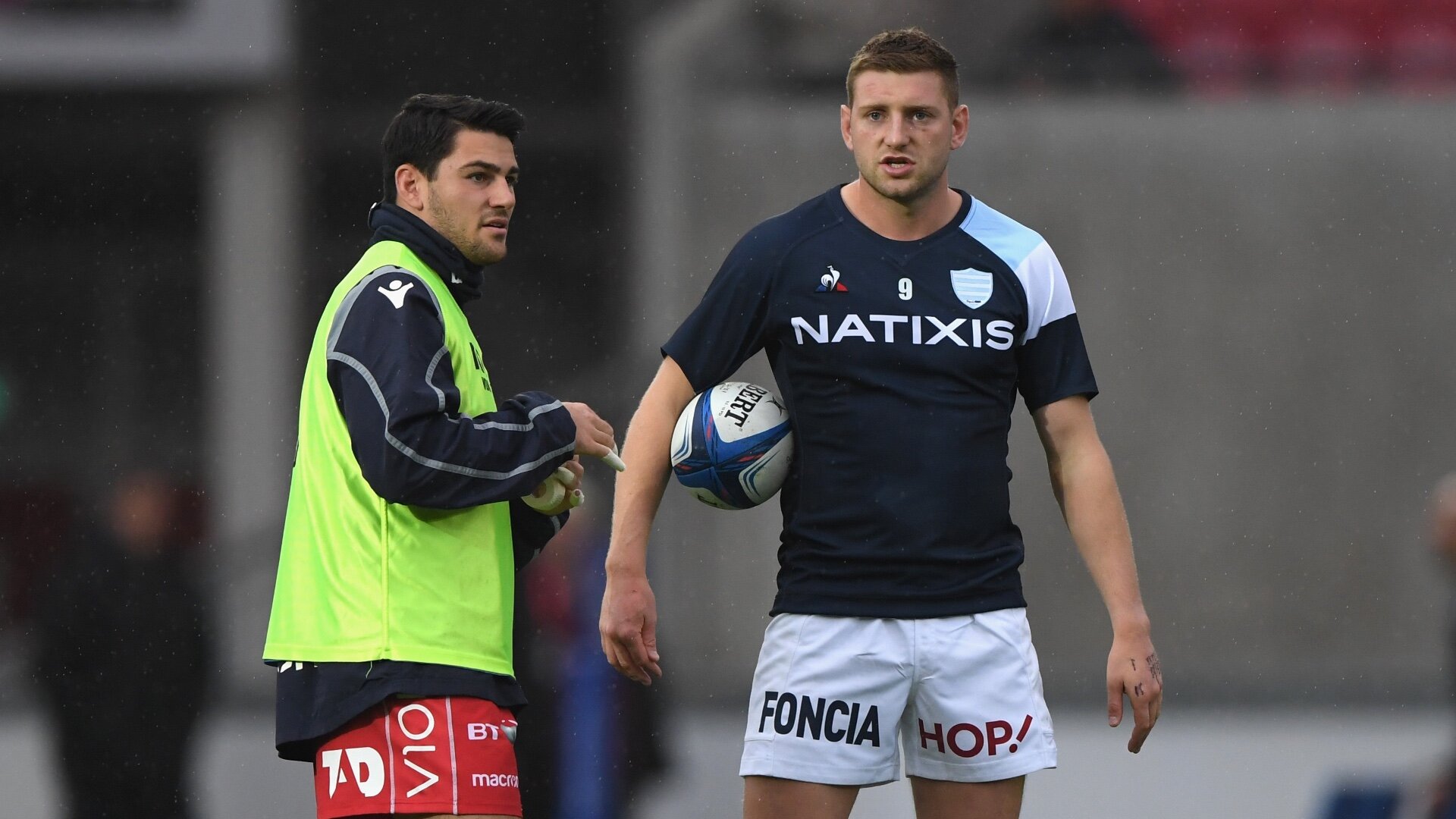 DUNCAN WEIR
Bubble notwithstanding, this selection is brutally hard on Weir, who is immensely passionate about playing for his country, has developed his game considerably at Worcester, and never lets Scotland down.

In the autumn, he delivered when Finn Russell and Adam Hastings were struck down, but was jettisoned for the Nations Cup play-off so that Townsend could cap Jaco van der Walt before the end of the tournament. 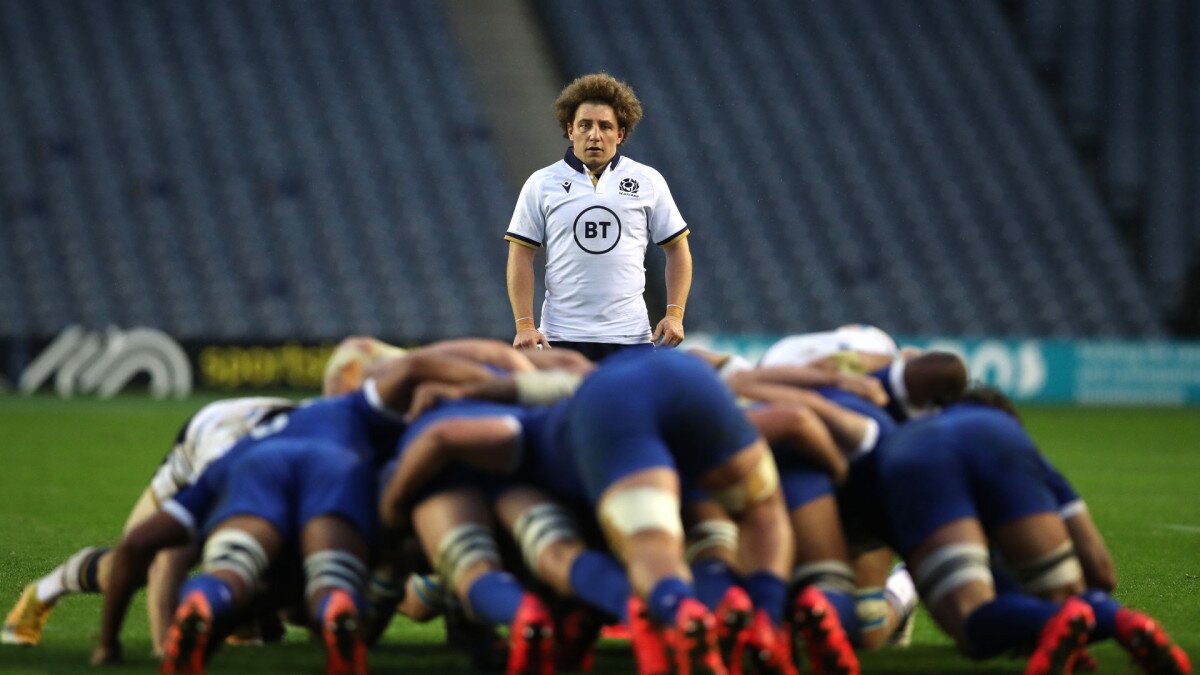 Russell is fit again, and now that he is eligible, van der Walt usurps Weir in the pecking order. Townsend can also call upon James Lang, Redpath, or even Stuart Hogg to play 10 if he is in a real bind, leaving no place for the unlucky squat Warrior.

RORY HUTCHINSON
The scope of Scotland’s shift from off-loading mayhem to defensive pragmatism has been startling. As Townsend looks to re-instil some of the elan of old, Hutchinson, the Northampton Saints centre, is unlucky to fall short. 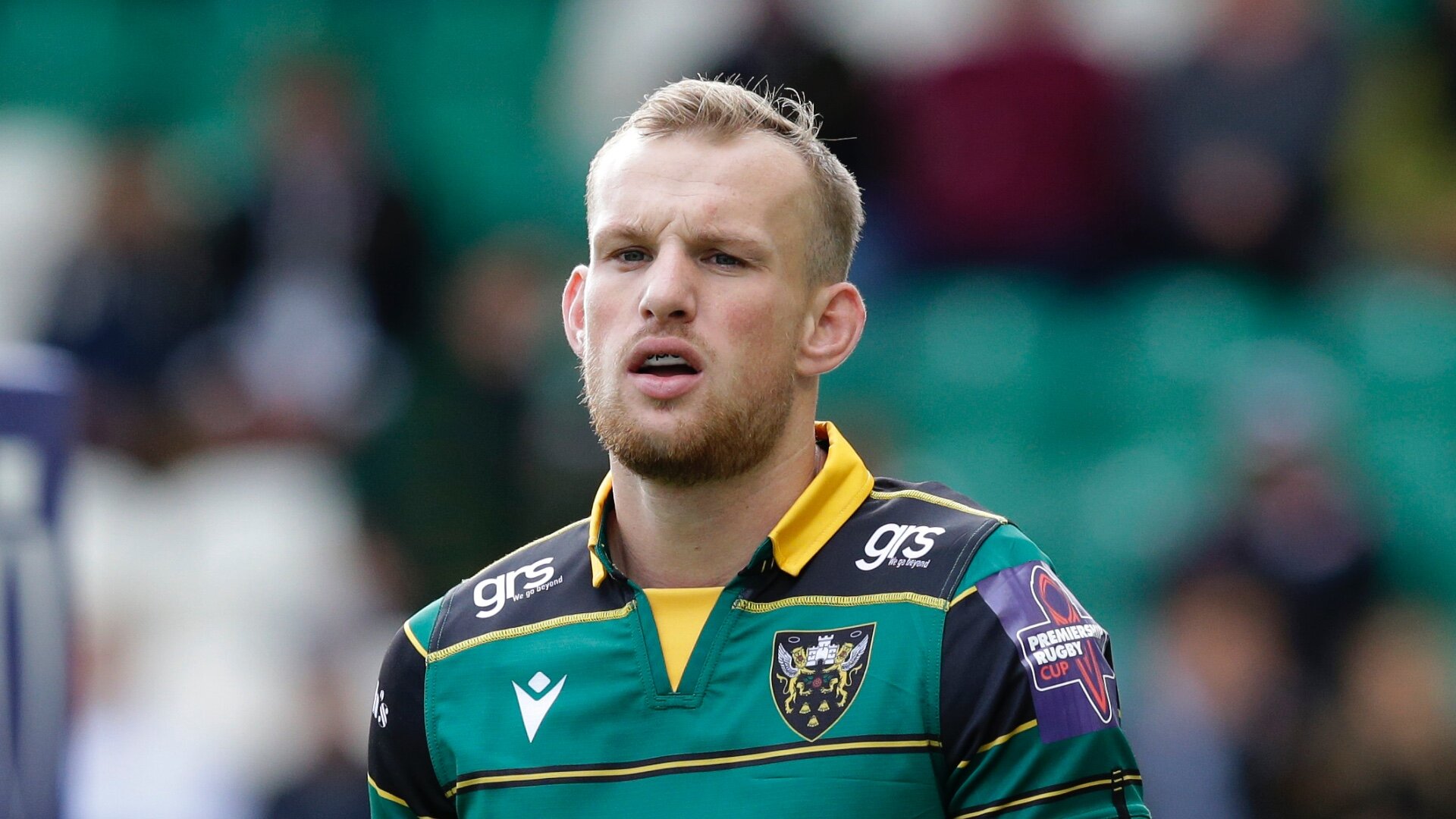 Admittedly, the 24-year-old has not played much rugby of late, and even less in his best position at 13, owing first to injury and then to the Covid-19 outbreak in the Northampton squad. But he offers a precious line-breaking incision that deserted Scotland for chunks of their autumn programme.
Mark Bennett must have been close to winning a recall too, while Sam Johnson has only just returned from injury.

How Jones wound up Yarde Next