Rugby can learn from the Naomi Osaka saga 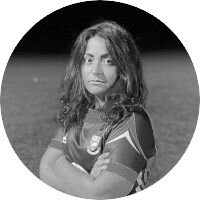 Naomi Osaka refusing to participate in a press conference is not surprising, in fact, it’s long overdue.

The tennis star posted a statement on Twitter explaining that due to mental health concerns, she would not be taking part in post-match media at the French Open. Just days after this very personal confession, Osaka received a hefty fine of £10,000 and announced that she would be pulling out of the Grand Slam tournament completely in order to protect her mental wellbeing.

Too often, conferences in sport serve as opportunities for journalists to publicly pick apart an athlete’s performance to stimulate a reaction which would serve as entertainment. Because that is our job, right?

Our job is to build meaningful and trustworthy relationships with athletes to facilitate the communication of information from them in a balanced and impartial way.

In the rugby media, particularly in women’s rugby, we do not have so much of an issue with media obligations as most players are not committed to binding contracts. Meaning, unlike Naomi, players can refuse to speak to the press without fear of repercussion.

Mainstream media have given Osaka’s decision to withdraw from the tournament a vast amount of airtime – perhaps because they are furious that they no longer have control over the narrative. Now, as proven by Osaka, the story can be told directly to the fans via social media, cutting out the need for journalists.

With this shift in power, it begs the question – is it just the media that is at fault here? Or do the public have a part to play in this too?

Just last week England rugby star Henry Slade was ripped apart by so called “fans” for his stance on the COVID-19 vaccine. The abuse was so horrific that his club was forced to issue a statement essentially condemning the interview and the work of the journalist behind it.

Interestingly, the same accounts taking part in the public shaming of Slade were just a few weeks ago actively encouraging others to #BeKind by taking part in the social media boycott against online abuse.
How is it that fans and accounts dedicated to growing the game can make such a drastic U-turn on their stance to online abuse? My thoughts are summed up perfectly in the tweet below from Courtney Lawes:

I wonder how many people abusing sladey right now have tweeted “be kind” in the last couple of month’s ?
Guess we’re not “stamping out” online abuse atm?

Thing is I’ll defend your right to say what u like, but I just want to tell u guys, u ain’t the good people u think u are.

Press conferences are part and parcel of the commercial system of sport, many have argued that Osaka has a responsibility as a high-profile athlete to talk to the press. Some have even gone as far to say that because she is a female and the sport is still growing, she has a responsibility to the next generation to give the press what they need to facilitate coverage for the sport.

It is important, in response to the above, to draw attention back to the core reason behind Osaka’s decision; she did not want to speak to the media because she is sick.

She has mental health issues which are causing her upset and harm and she has taken steps to actively address and protect her mental wellbeing by making this decision. A decision I am certain was not taken lightly.

Looking across to the rugby world, it is often perceived that athletes can handle the media spotlight. However, you never truly know what is going on behind closed doors.

Take Joe Marler for example, anyone watching his post-match media interviews would not have registered that he was suffering with poor mental health. The rugby player has only recently opened up (to open arms) about his battle with mental health. My timeline was filled with nothing but supportive messages and love for Marler. So, why aren’t we seeing the same for Naomi Osaka?

Frustration, loads of laughs and bucket loads of crying, all of which have made it an incredible experience for me.

Hope you enjoy it.

The issue with mental wellbeing is that it is silent. You cannot see it in the same way you can a physical injury.

To truly #BeKind those working in sports media need to be looking at what they are doing day in day out. Player mental health must be taken just as seriously as physical health.

I wouldn’t be expecting to interview Jess Breach now that she is out with an ankle injury, so why would I have the right to talk to Naomi Osaka who is also out due to a different, but just as serious, medical issue?

Osaka’s actions should serve as a warning sign for all those who work in the sporting world. We must learn from this and ensure that players have access to the right level of support when they need it. But we as the media also need to be doing our bit, for example if a player does not want to give a comment or talk to you – move on, find someone else who will.

Yes, the media has a responsibility to fans and to itself to remain interesting and ultimately profitable, but when that starts to encroach on an individual’s mental health, is it worth it?

Osaka’s decision opens the floor up to a discussion surrounding how female athletes are perceived and treated within the mainstream media. Too often I have witnessed female sports stars, often at the top of their game, be scrutinised and ripped apart over the most minor of details. Personality traits that would be considered positives in the men’s game are often portrayed as negatives in the women’s game.
Also, female athletes are too often asked questions outside of a sporting context. Questions which, if posed to a male sports star would be immediately dismissed. Topics such as their love life, outfit choice and body type are regular occurrences for female athletes.

Is it any wonder that Naomi Osaka wanted to avoid this?

The media and all those working within it have the ability to shape the belief of their audience. Therefore, the way the media portrays female athletes is the way society views these women.

If anything, this has kickstarted a long-overdue conversation that needs to be had. A 23-year-old player, at the top of her game, has withdrawn from the French Open because of the media. We as a sporting community should be reflecting on this and learning from it. We now have an opportunity to review, refresh and do something different.

Naomi Osaka’s actions are the wake-up call that the sporting media needs. Every single one of us needs to reflect on our part in this, direct or indirectly.

Rugby can learn from the Naomi Osaka saga

England's verdict on Marcus Smith Next