Chris Ashton became the joint highest try-scorer in Gallagher Premiership history as Leicester secured their place in the play-offs – but the 22-17 victory at Exeter may have come at a high cost.

George Ford limped off just after the half-hour mark having sustained an injury when tackled by Sam Maunder and the runaway league leaders will be hoping their ringmaster has not incurred any serious damage.

Outside of his spells away on England duty, Ford has been at the heart of Leicester’s impressive campaign and was influential for the time he was on the Sandy Park pitch, including executing the pinpoint kick that presented Ashton with his first try.

Ashton ran in his second after the break with the two scores equalling Tom Varndell’s long-standing record of 92 touchdowns as the twilight of his career continues its unexpected revival.

Leicester were forced to withstand a final-quarter uprising as Exeter chipped away at a 19-0 deficit, scoring short range tries through Dave Ewers and Patrick Schickerling to set up a nerve-jangling finale to the title clash in Devon.

But not for the first time this season, the Tigers played smart rugby in the closing to stages clinch a 17th win in 20 matches that assures them of a Premiership semi-final. 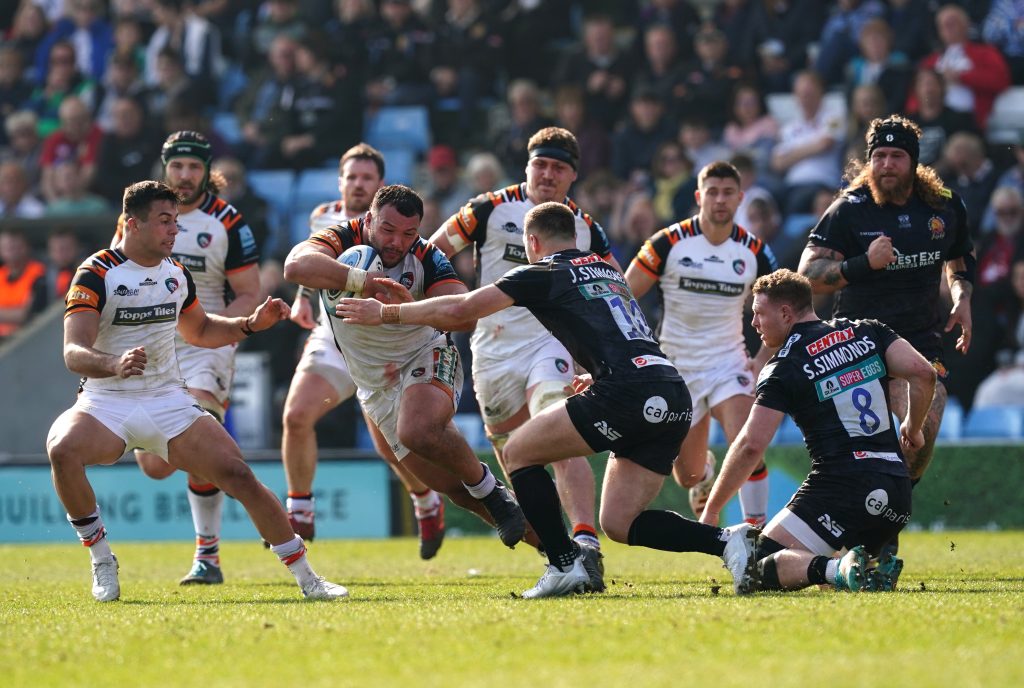 It took just six minutes for Ford to reward Leicester’s early dominance as a home defence that had been softened by repeated carries offered acres of space on the right.

Spotting the vulnerability, Ford hoisted a kick to the touchline for Ashton to collect and score.

Exeter were being hamstrung by a growing penalty count and the high number of mistakes made at key moments, restricting their ability to apply any sustained pressure. 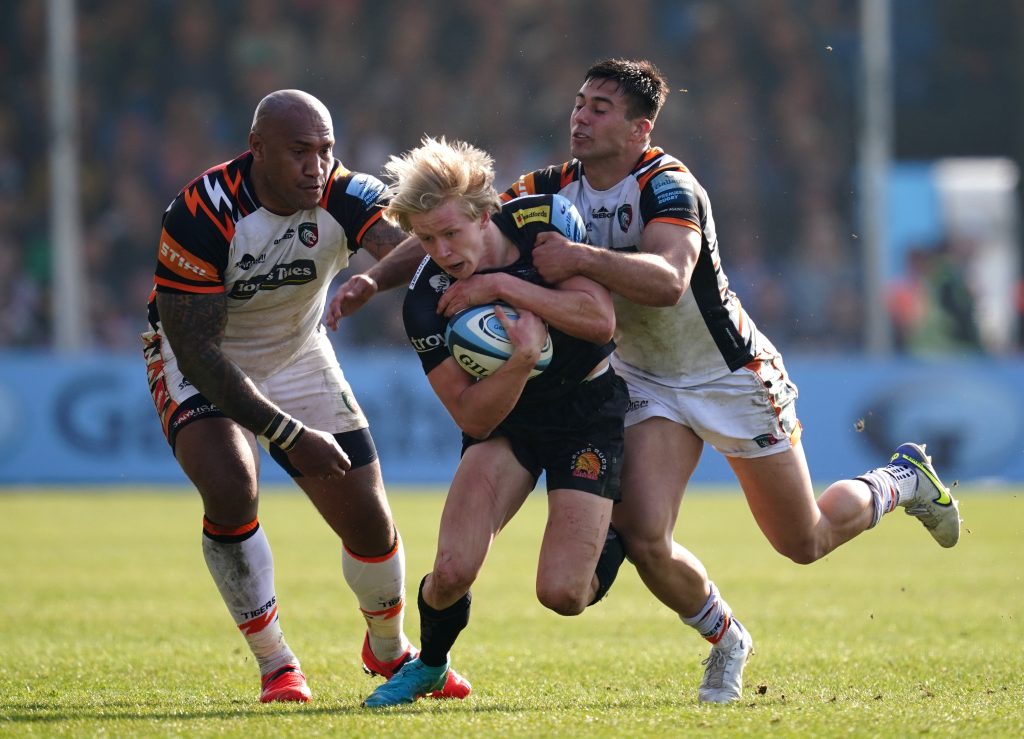 The errors compounded as flanker Jacques Vermeulen was sent to the sin-bin for a deliberate knock-on as Leicester maintained their stranglehold, albeit with the help of willing opponents.

The inevitable second try had England’s stamp all over it as Ford chipped over the defence, forcing Exeter to scramble furiously, before Ben Youngs adopted the same tactic to give Freddie Steward an easy touchdown with the help of a kind bounce.

Ford’s afternoon was over, however, to place a high price on the 12-0 lead that had opened up.

Ashton’s dangerous tackle on Jack Innard offered Exeter the platform to attack just before half-time but to sum up their afternoon so far, they were held up over the line.

And their position deteriorated further five minutes after the interval when a loose Ian Whitten pass was scooped by Ashton and the former rugby league star had the gas to win the foot race.

It's a record-equalling try from Chris Ashton! ?

It was now Nemani Nadolo’s turn to be shown a yellow card for a deliberate knock-on and his departure induced Exeter’s most effective period as a series of drives ended with Ewers going over.

Leicester’s position was strengthened by a Freddie Burns penalty and while the Chiefs appeared to have hit back through Jonny Gray, the try was chalked off for grounding reasons.

But the tide was clearly turning and replacement prop Schickerling drove over to slash the deficit to eight points.