'There is no scientific proof of the causal link between concussion and CTE, that is not a proven thing'

Jonny Wilkinson retires from England Next
Back
Internationals

'There is no scientific proof of the causal link between concussion and CTE, that is not a proven thing'

Bill Sweeney has no fears that concussion lawsuits could cripple the Rugby Football Union.

Chief executive Sweeney has refused on four occasions to confirm whether the RFU has any insurance policy against legal action taken on claims surrounding head trauma and dementia.

The RFU has yet to receive any legal contact from the group of former players preparing claims for negligence against the RFU, the Welsh Rugby Union and global governing body World Rugby.

Settlements over head trauma in American football could cost the National Football League in excess of 1billion US dollars and though Sweeney has no fears for rugby to suffer similar sizes of claims, he would not be drawn on the RFU’s insurance provision.

Asked if he has any concerns NFL-style settlements could bankrupt the RFU, Sweeney replied: “No, no, I’m not concerned about that.

“I’ve got no reason to believe we wouldn’t be covered but we’re not going into that detailed discussion at this stage, until we see the nature of what is being submitted.”

Asked repeatedly to provide clarity on the RFU’s insurance provision, Sweeney would only reiterate: “I’ve got no reason to believe we would not be covered for this.

“I’ll just stick to what I said. I’ve no reason to believe we’re not covered for this.

“It’s hypothetical at this stage because we don’t know what this is yet.

“It’s important to point out that we haven’t received any formal legal approaches yet.

“So all we’re knowledgeable at is what we’re reading currently in the media. 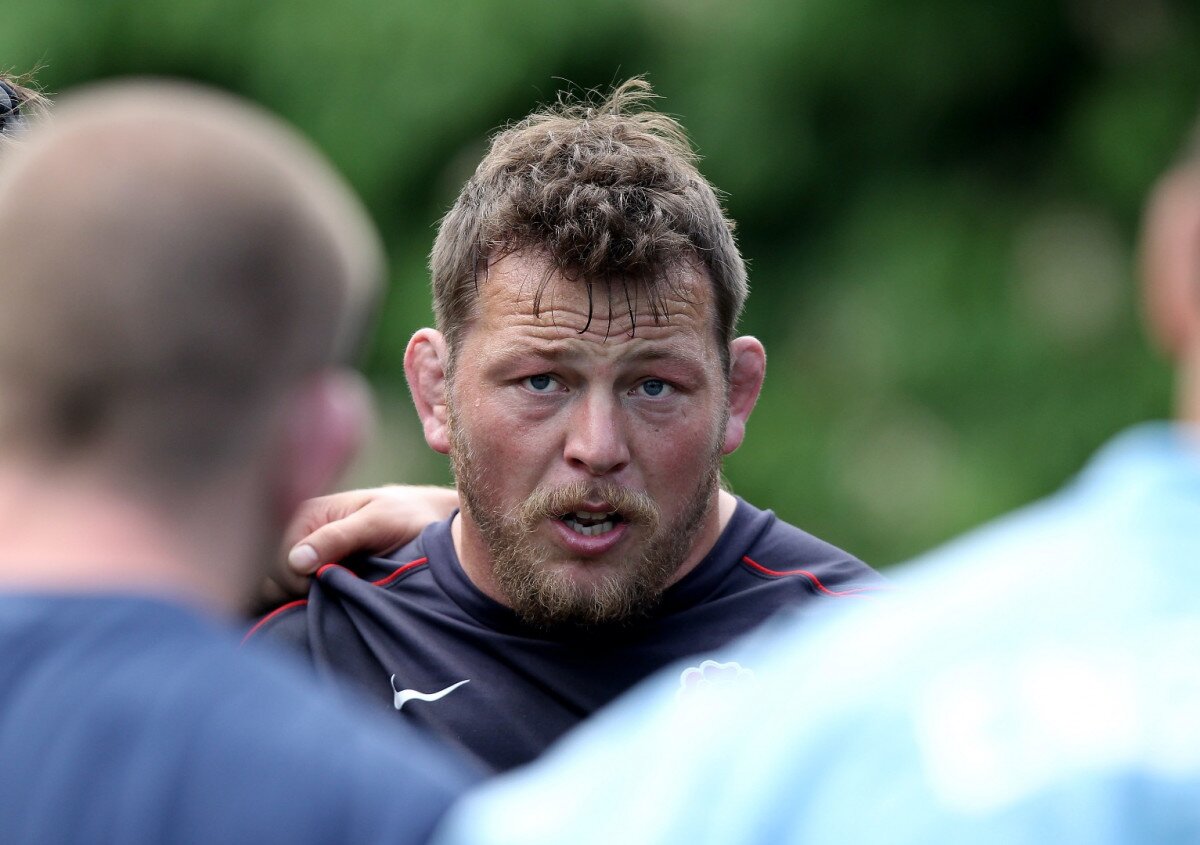 “We don’t have any specific case or specific conditions laid out, so it’s a bit premature really and hypothetical to speculate on what’s going there.

“And we haven’t got into any detailed discussions on insurance or cover because we don’t know the nature of what’s been presented yet.”

Thompson has admitted he cannot remember any of England’s matches at their victorious 2003 World Cup.

"Rugby is a contact sport and we all know that comes with risks."

– @AndyGoode10 ??? played with Steve Thompson and Alex Popham, but questions 'whether litigation is the right route to go down' #concussion https://t.co/Xv6ZyB4XIS

Asked if the RFU has contacted Thompson this week, Sweeney said: “We have tried to contact him this week, unfortunately we had the wrong number for him to begin with, which didn’t help.

“We only found that out after 24 hours. But we have tried to contact him, unfortunately we haven’t been able to make contact yet.

“That’s just to have a chat and see how he’s doing, but we haven’t made contact yet.”

“The physical nature of rugby is a huge part of its appeal but we have definitely gone so far down that path that ‘physicality’ has overpowered the game.”https://t.co/NswBYCqxhm

The NFL settlements centred around links between concussion and chronic traumatic encephalopathy (CTE), but Sweeney insists there remains no concrete proof that head trauma can directly cause the condition.

“There is no scientific proof of the causal link between concussion and CTE, that is not a proven thing, and research is ongoing into that,” said Sweeney.

“There are differences between American football and rugby union, and as you say the measures that have been put in place have been in place for quite some time now are held up as being best in class when it comes to concussion identification, monitoring and management. But we can never do enough in this field.”

“Of course we’re worried about reputational risk, we love this game,” said Sweeney. 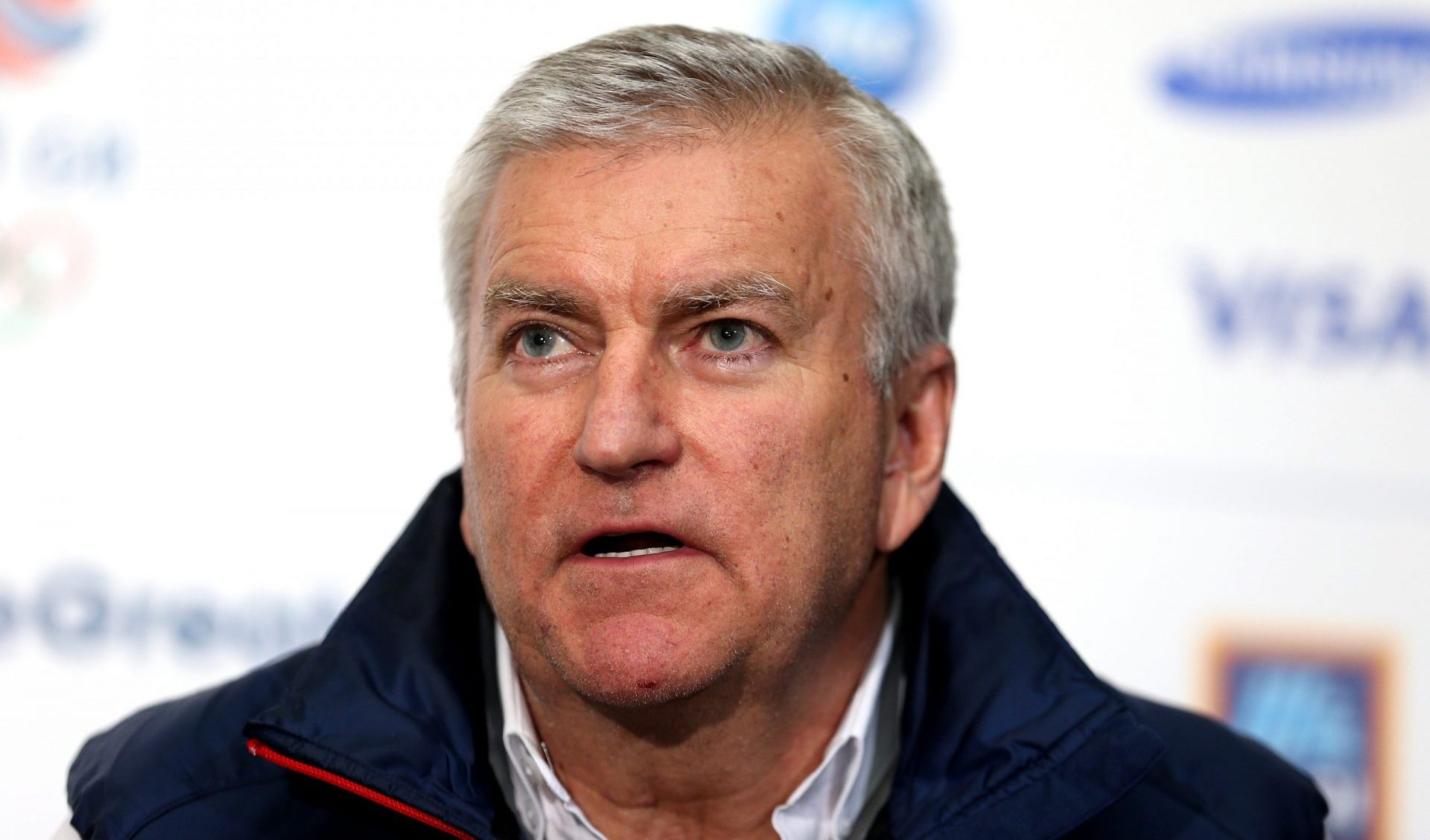 “That’s why we need to be really open and transparent and make sure this becomes really fact-based in terms of what we’re talking about, on what really are the risks and the benefits of playing rugby.

“It would be disingenuous to say we’re not worried about the reputational risk, but we believe it’s manageable.

“Our evidence shows that rugby as a team sport for youth is no more dangerous than other sports.

“We believe that everything is being done and will continue to be done to make sure that rugby is a safe sport for kids to take up.”